Home » But My Family Would Never Eat Vegan! 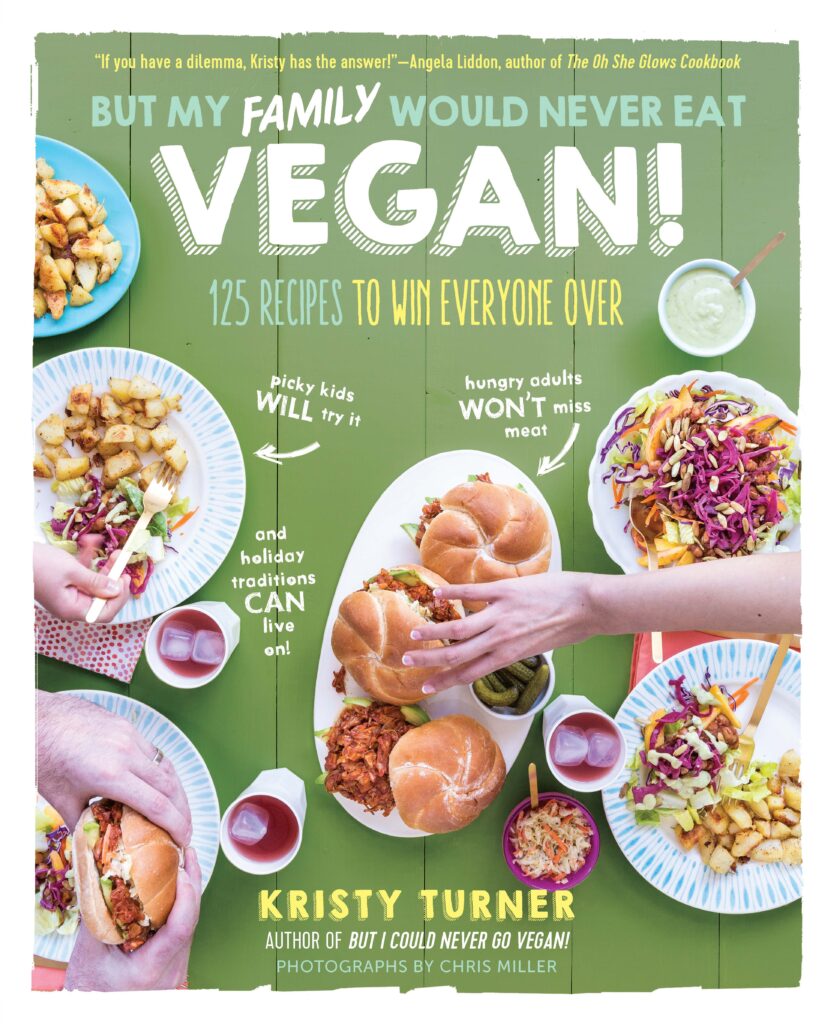 Yay! Today is the day! My second book, But My Family Would Never Eat Vegan!, is officially released. Many of you who pre-ordered it may've already received it so I hope you've been enjoying it. If you didn't pre-order it, it is available to purchase wherever you purchase your books.

When I released my first book, But I Could Never Go Vegan!, I asked all of you what your biggest reason for not going vegan (or what excuse you had before you went vegan), and a large percentage of you mentioned family-related excuses. You didn't think your spouse would be on  board, you were afraid of being ostracized by your family, or reluctant to give up your family's food-related traditions. Your words really resonated with me because I had many of the same concerns when I went vegan. And navigating my vegan journey in regards to my family definitely had its obstacles at times. This was when the idea for But My Family Would Never Eat Vegan! was born.

While my first book addresses personal excuses as to why one wouldn't want to go vegan, But My Family Would Never Eat Vegan! addresses many of the concerns some people have regarding eating vegan food with their family. And just like the first book, each chapter addresses a different excuse. For example:

Don’t have time to cook elaborate dinners? How about this weeknight solution: Quick Cauliflower Curry. 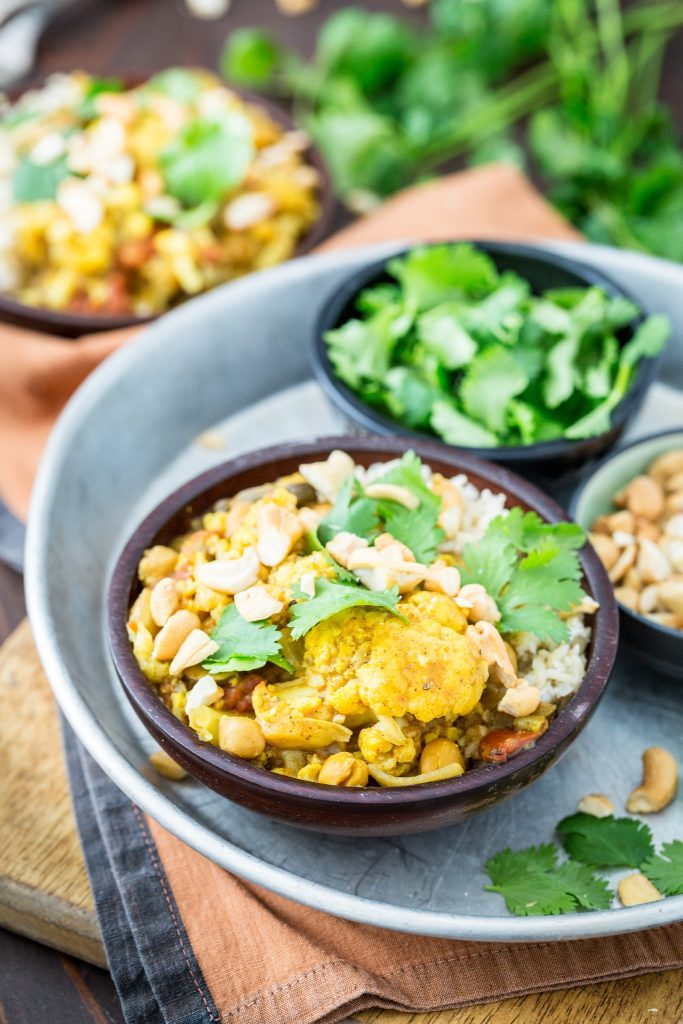 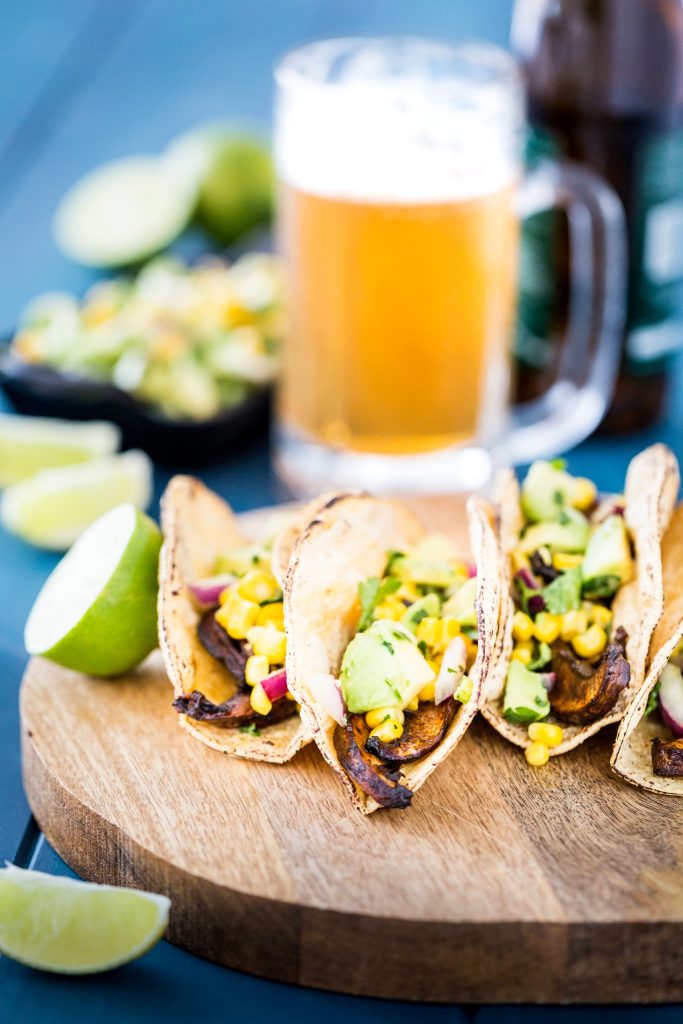 Wondering what will happen to your weekend brunch? Maple Peanut Butter Pancakes to the rescue! 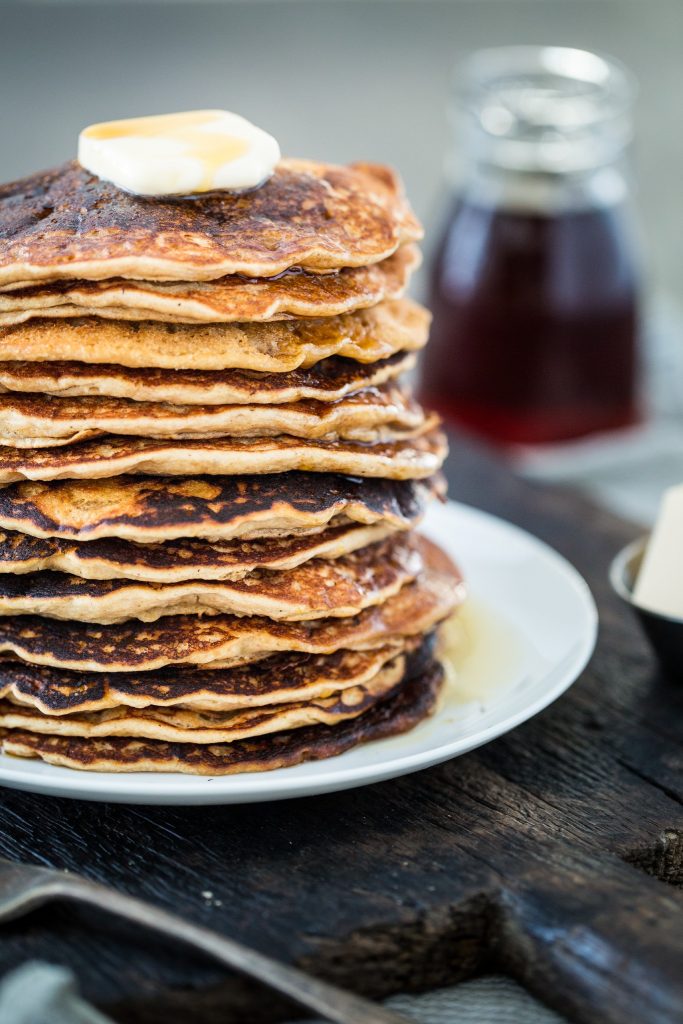 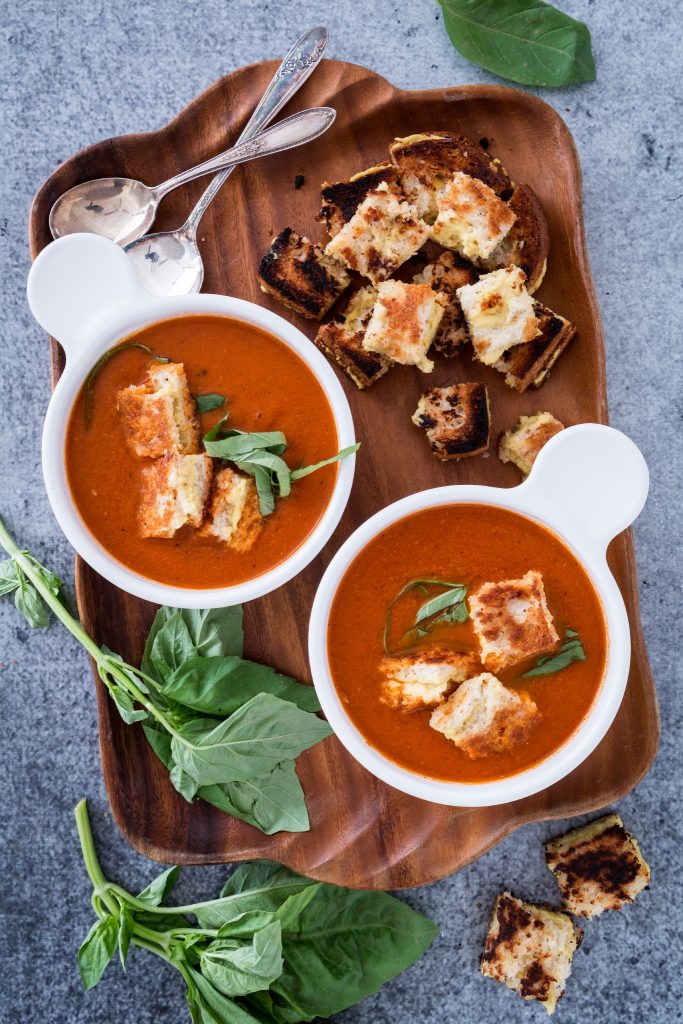 Do your teens turn their noses to vegan food? Tempeh Sloppy Joe Sliders may change their minds. 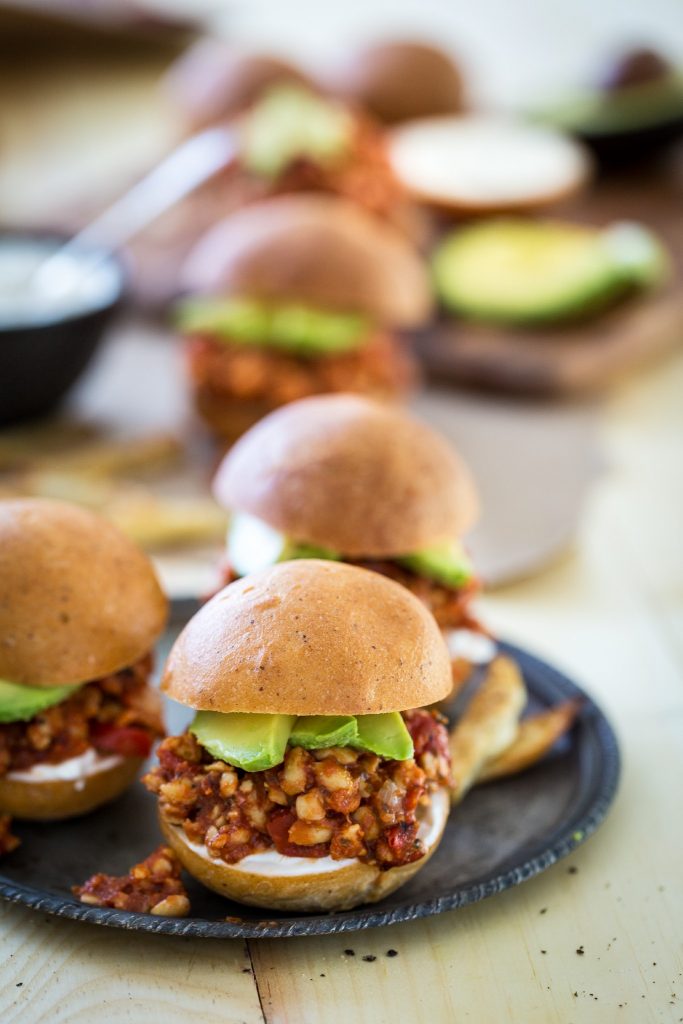 Is your family worried that you'll no longer be able to have dessert? Wait 'till they taste the Chocolate Layer Cake! 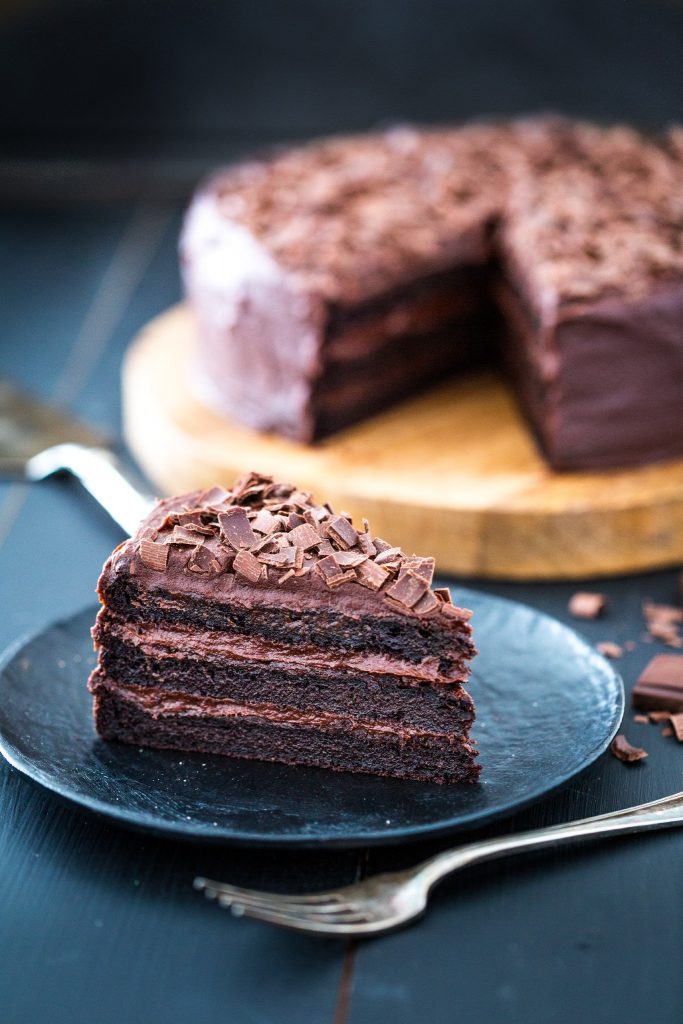 Stressed about the holidays? Worry no more with this Green Bean Casserole with Easy Crispy Onion Topping. 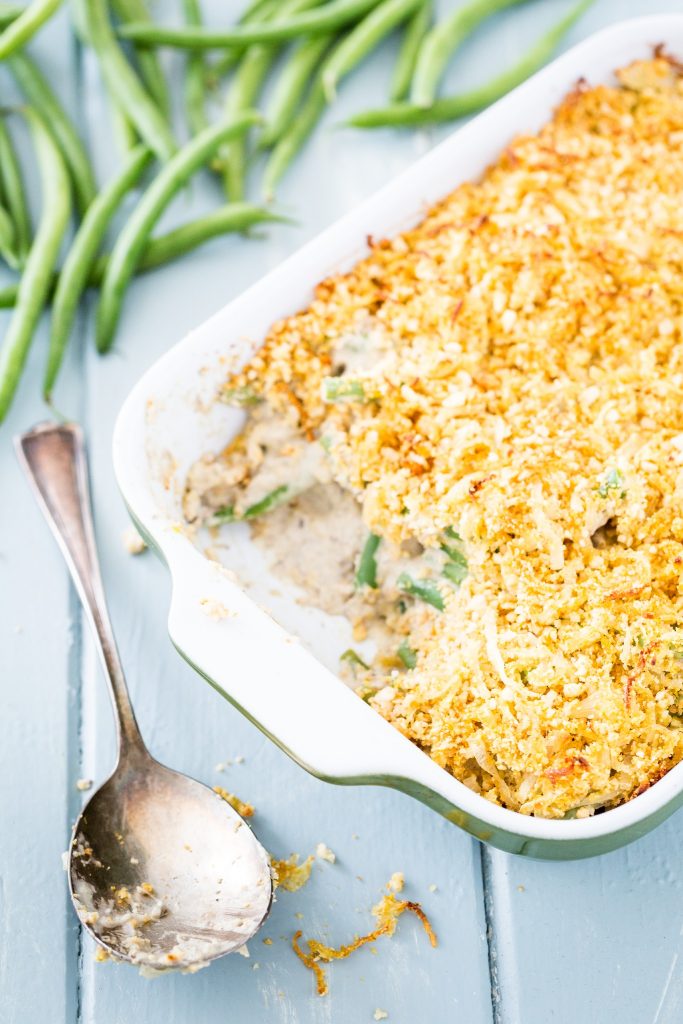 I'm very, very proud of this new book because it was written during a very turbulent time in my life. At times, writing it was my therapy, my escape, and I poured so much of myself into it. I'm also very proud of it because every recipe is not only vegan, but is also gluten-free or has a gluten-free option, and many have nut-free and soy-free options as well. There is also a picture for all 125 recipes and I have to say- Chris, my photographer/husband, did a spectacular job on the photography.

There's already been some great press for the book! Here are some awesome things for you to check out (I'll update it whenever more are published). Thank you to everyone mentioned below!

Today, I'm sharing one of my favorite recipes from the Holiday season chapter: Marbled Pumpkin Cheesecake. It's so luscious and silky and delicious. And I might be biased but I think it looks way more beautiful than pumpkin pie so there's that. 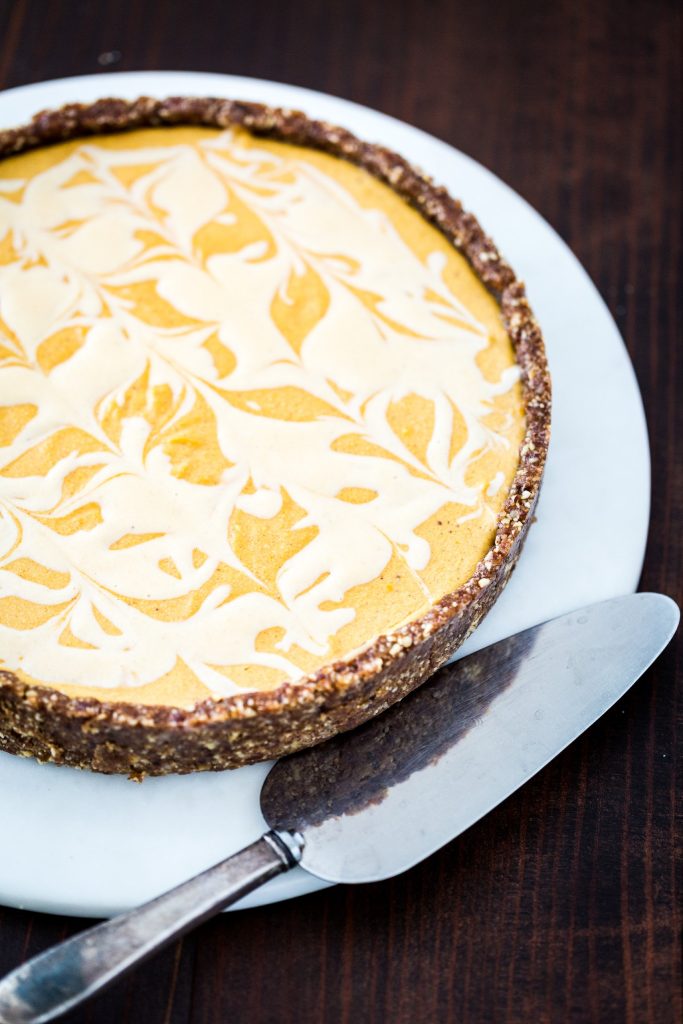 Print
But My Family Would Never Eat Vegan!, Marbled Pumpkin Cheesecake, & A GIVEAWAY!

My aunt always makes the best pumpkin pie. The whole family loves it and looks forward to it every Thanksgiving. If I were to bring a vegan pumpkin pie to share with my family, everyone would compare it to my aunt’s and since that’s already the frontrunner and a beloved family recipe, not only would my vegan pie be the loser, it would be a loss for vegan food in general. That’s why I bring a dish that’s a little different. This cheesecake is as delicious as it is beautiful. It doesn’t have to compete with pumpkin pie—it can stand on its own, and if the family wants to try the cheesecake without giving up their beloved pie, they don’t have to.

TIP: Refrigerate a can of coconut cream or full-fat coconut milk overnight. The cream will harden and separate from the water. Use a can opener to open the can and lift off the lid. Carefully spoon out the solid coconut cream. Discard the water (or save it for later use). If you can find a 5.4-ounce (150 g) can coconut cream, it will provide you with all the cream you need for this recipe.

Recipe from But My Family Would Never Eat Vegan!: 125 Recipes to Win Everyone Over © Kristy Turner, 2016. Reprinted by permission of the publisher, The Experiment. Available wherever books are sold. theexperimentpublishing.com 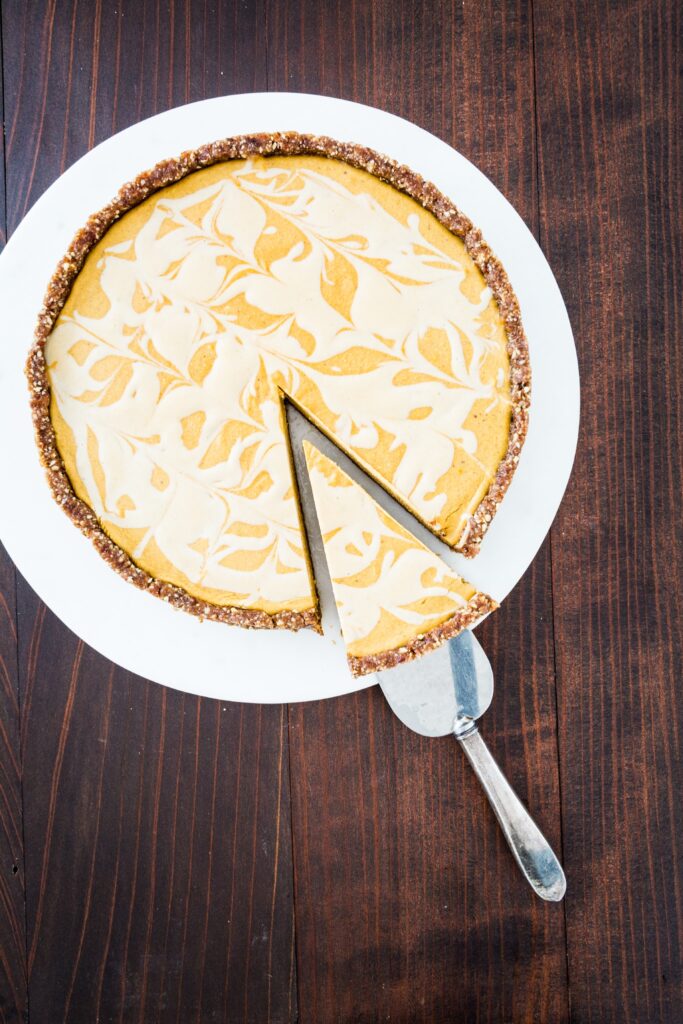 AND NOW FOR THE GIVEAWAY! I'm giving away three copies of my book! To enter, all you have to do is leave a comment below telling me about the family member you're going to share a recipe from this book with. Three (YES, THREE!!!) lucky people will be picked at random. The giveaway will run through 11:59pm on November 21st, 2016 and is open to US and Canadian residents only (sorry, my overseas friends. 🙁 ). UPDATE 11/22/16: The Giveaway is over! Congrats to the winners, Cheri, Michelle, and Tricia (they've been contacted via email) and thank you to all who entered!

If you've already purchased the book, Thank You!!!! X A Billion. If you haven't yet, get on it! Let's get some vegan meals on the table with our families!

More But My Family Would Never Eat Vegan!