When I was a little kid, I would eat anything.  I was a parent's dream- any vegetable they wanted me to try, I was totally game.  Whatever my dad cooked, I ate.  The only thing I remember ever not wanting to try were beets, but my parent's tricked me, saying "Oh well, more for us.  Yeah, it's better that you don't get any.  You wouldn't like them."  Then, of course, I had to have them.

But it didn't stop with what my parents wanted me to eat, I ate things I thought were shiny (aluminum foil- I know, it's so gross and so bad) or things I thought were pretty (leaves from the tree in our front yard).  I remember chewing, for hours, on a rubber band as if it were bubble gum.  I used to scour the backyard for dandelions, eating each one I came across.  I seem to remember thinking that by eating these "magical" flowers, I would start to grow fairy wings (I had an extremely active imagination and was obsessed with fairies).

Apparently, my tastes have changed (thank goodness!).  This last week, our CSA sent us dandelion greens.  My first thought: "Ah-ha!  They are edible!"  I was kind of excited, being reunited with this childhood delicacy.  I tore off a piece of one of the leaves and put it in my mouth.  As I began to chew, the bitterness shocked me, and my nostrils started to burn because of the spiciness.  Tears welled up in my eyes.  I realized that in order for me to consume these as an adult, they were going to have to be masked by a lot of other flavors, and whatever I made, it was going to be spicy.

The next day, I stared into my refrigerator, trying to gain inspiration for what I was going to use these greens for.  I hadn't made it to the grocery store yet, so really, besides the CSA delivery, all that was left were a little leftovers from this, and some leftovers from that.  I can remember a time when, just a couple years ago, if I had been faced with a pretty much empty refrigerator, with some weird odds and ends, I would have moped around before declaring defeat and begrudgingly ate raw baby carrots for dinner.  Just when I was preparing myself for defeat, out of nowhere, a little voice in my brain said "Let's do this!  You're going to make an awesome dinner with whatever you have right now.  And it's going to be fun.  And you're going to like it!"

After I got over the shock of my sudden maturity, I got to work and this is what was born: 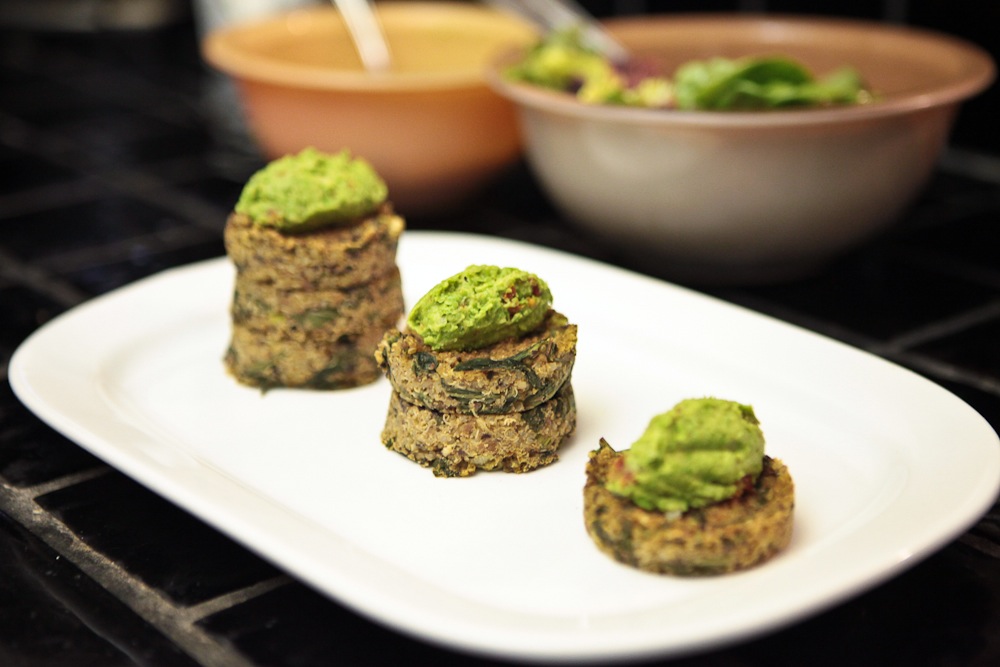 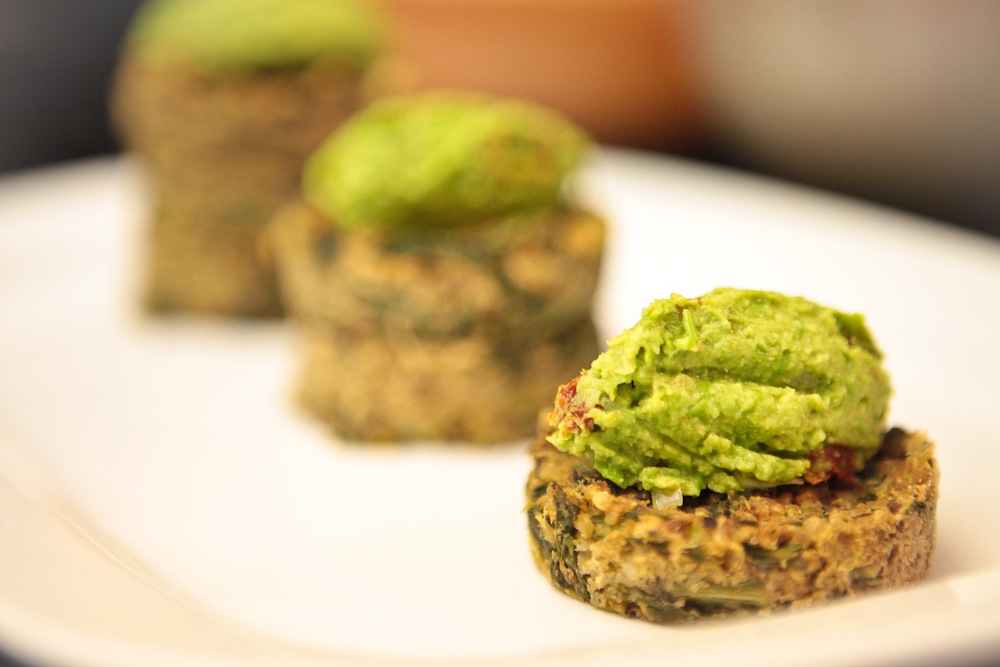 Just a note: I used silicone muffin "tin" and the cakes were very easy to get out.  If using a metal tin, you may need to run a knife around the outer edge of each cake before getting it out. 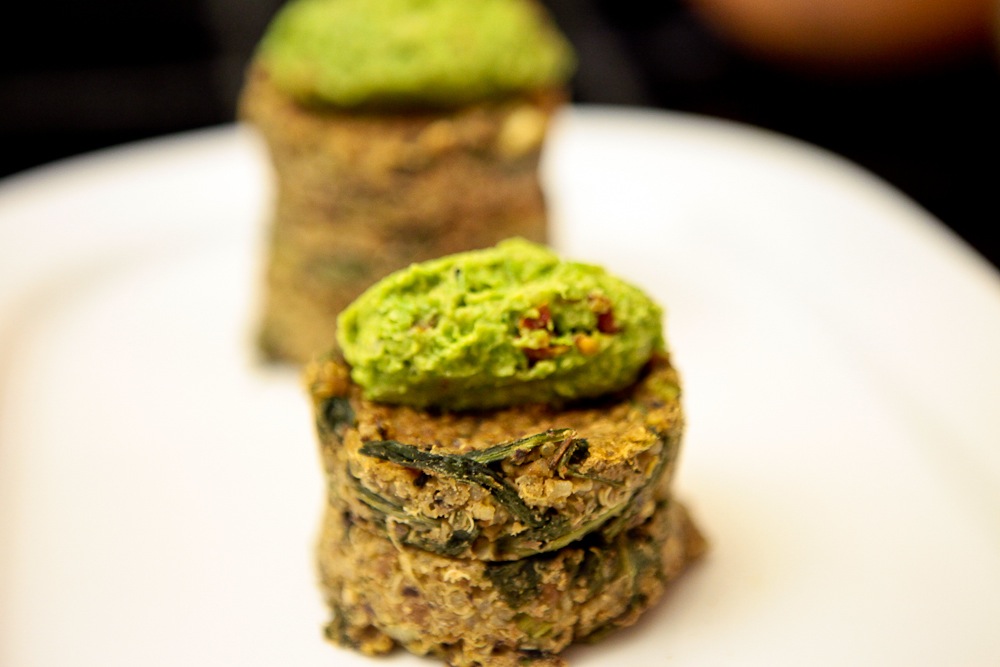 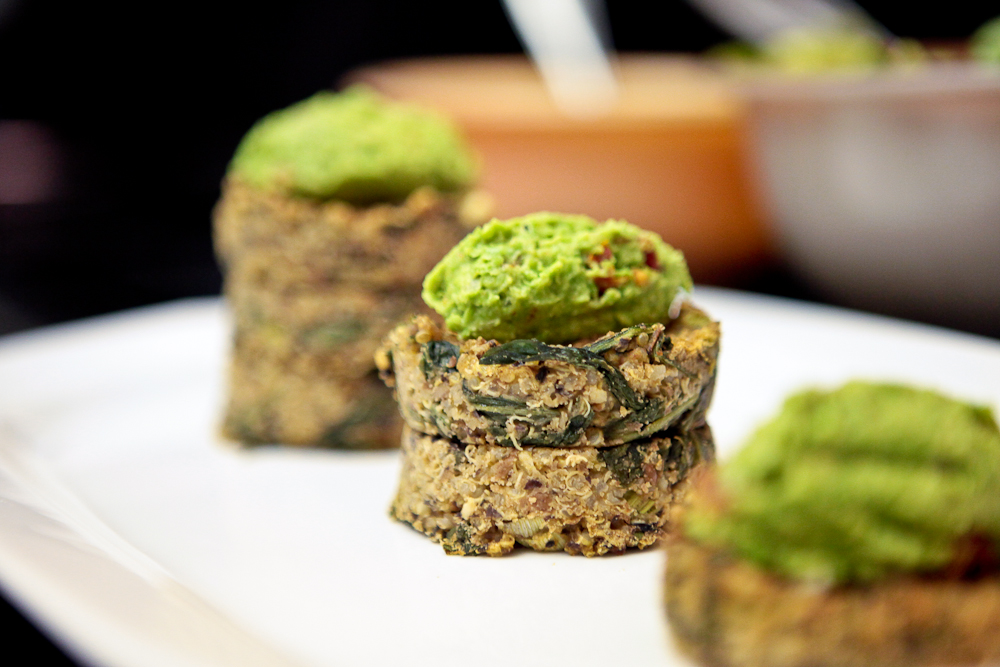 When  I completed my challenge, I was glowing with pride, not just because of the kick-butt meal I had just created, but because I love being, dare I say, an adult, who doesn't mope and still eats dandelions.  Chris came home right when I was finishing up and when we sat down to eat, all he could say, in between bites, was "Magical."