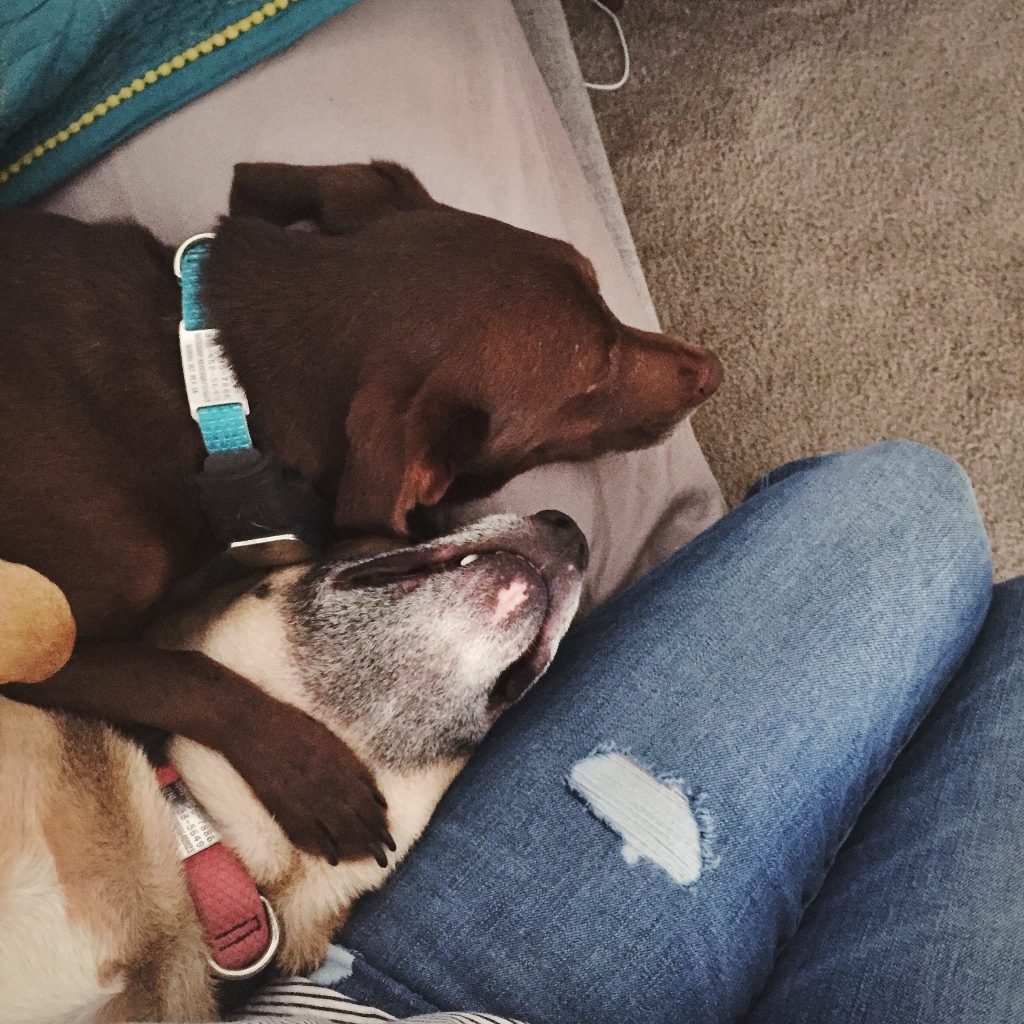 I'm getting so close to getting back to regular old blogging. I promise! I cooked an awesome soup and Chris photographed it and then I wrote down the recipe for safe keeping!

JK! I totally didn't write the recipe down for safe keeping. I did one of those things where I'm like "I'll write it down after we eat dinner." And then we all watched Sisters and laughed our butts off and then I was tired and went to bed. "I'll write it down tomorrow," I told myself. Then tomorrow came and I was like "Is that a sore throat? What is that awful achy feeling I feel everywhere?" And thoughts of napping replaced thoughts of writing down some stupid recipe.

So then I got caught up in this whole terrible cold/cough that everyone has right now. And that turned into bronchitis and experienced some of the worst coughing fits of my life. I won't go into details but there were some moments where Chris had to see me at my absolutely most disgusting and I'm grateful he still loves me. Three weeks, some antibiotics, and possibly a broken rib later, I'm feeling much better and attempting to remember how exactly I made that crazy-delicious soup. And in other news, because my partner and I are truly made from the same cloth, Chris is trying to find the pictures...

In the meantime, until I remember how I made that soup (and write it down) and Chris finds the pictures, I'll fill you in on how things have been going over here. As it usually happens with life, there's some good and not so good stuff. 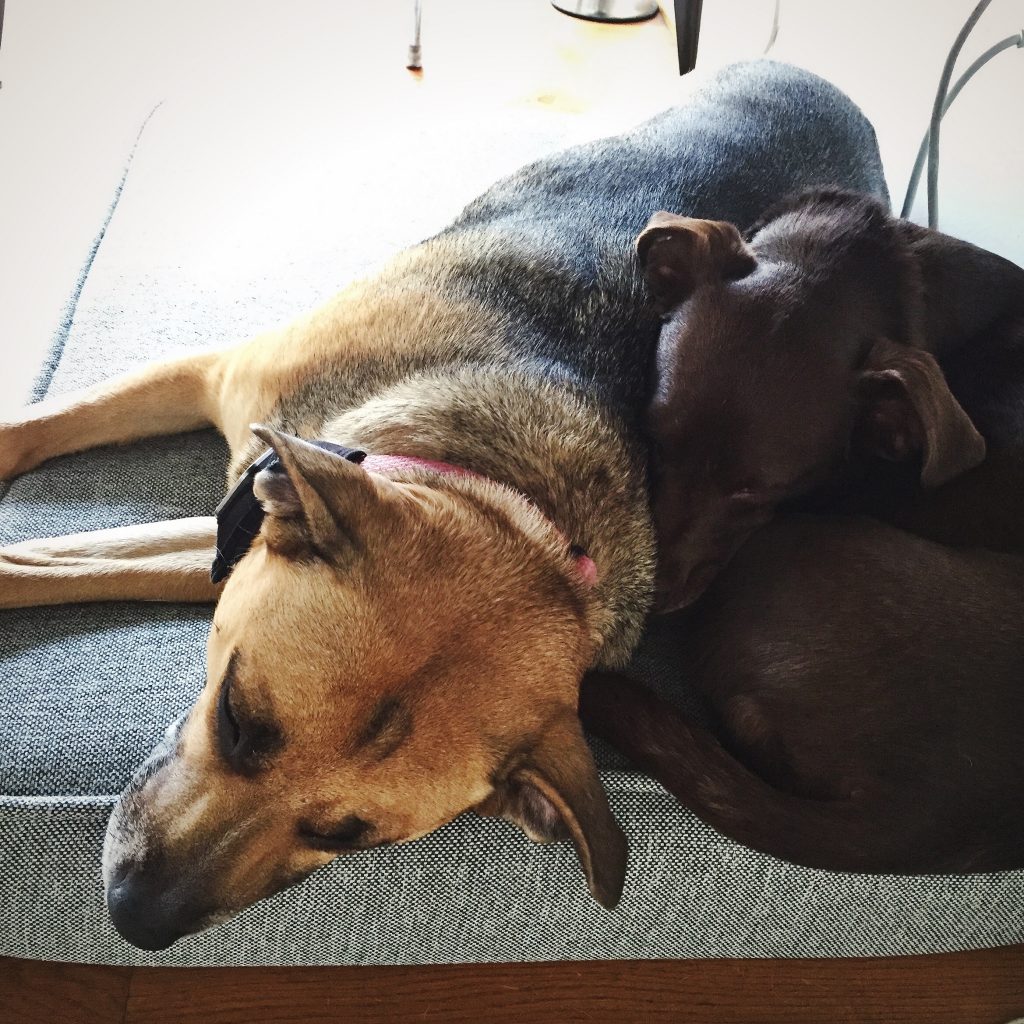 I'm still grieving for my mother and she occupies my thoughts all throughout the day, most days. I miss her. Even though at the end, our conversations were pretty nonsensical (she was experiencing dementia or was just delirious for the last 6 months or so of her life), I still miss being able to call her and listen to her tell me stories she came up with while looking through a bag of thrift store costume jewelry. I miss her so much. I read a quote a month ago or so that has really been helping me understand what I'm going through:

"And something new is created when the person you love dies.

Because they are not the only ones who die: you die, too. The person you were when you were with them is gone just as surely as they are.

This is what you should know about losing somebody you love. They do not travel alone. You go with them."

When my mother first passed away, it felt almost as if my soul had been stripped away and I was learning how to exist with a new soul I was building from scratch. This quote really put those feelings in perspective for me. I am no longer the person I was when my mother was alive. My mother and I loved each other very much but we had a complicated relationship. When she passed away, so did a part of my heart that held a lot of frustration that had stemmed from our relationship. However, a part of my heart that was reserved just for the love I had for mother left as well. Sometimes, I'm still trying to figure out how to go on without those parts of my soul, but for the most part, I'm feeling stronger, more positive. I have fewer negative emotions weighing me down. I miss my mom, but I have a firmer grasp on the new person that I am now.

I'm very happy to say that the cloud of depression that has been weighing on me the last several months seems to have lifted. I'm feeling much more like my old self. I'm laughing more and I have energy to get things done. I mean, I have days where I'm like "I've kicked so much butt at checking things off my to-do list and it's only 10:30am! Bam!" It's been a long time since I've felt like that. I feel more free. I'm more likely to sing along with the radio, crack a joke, or dance when I'm happy. I don't want to jinx myself, but I feel really good these days. 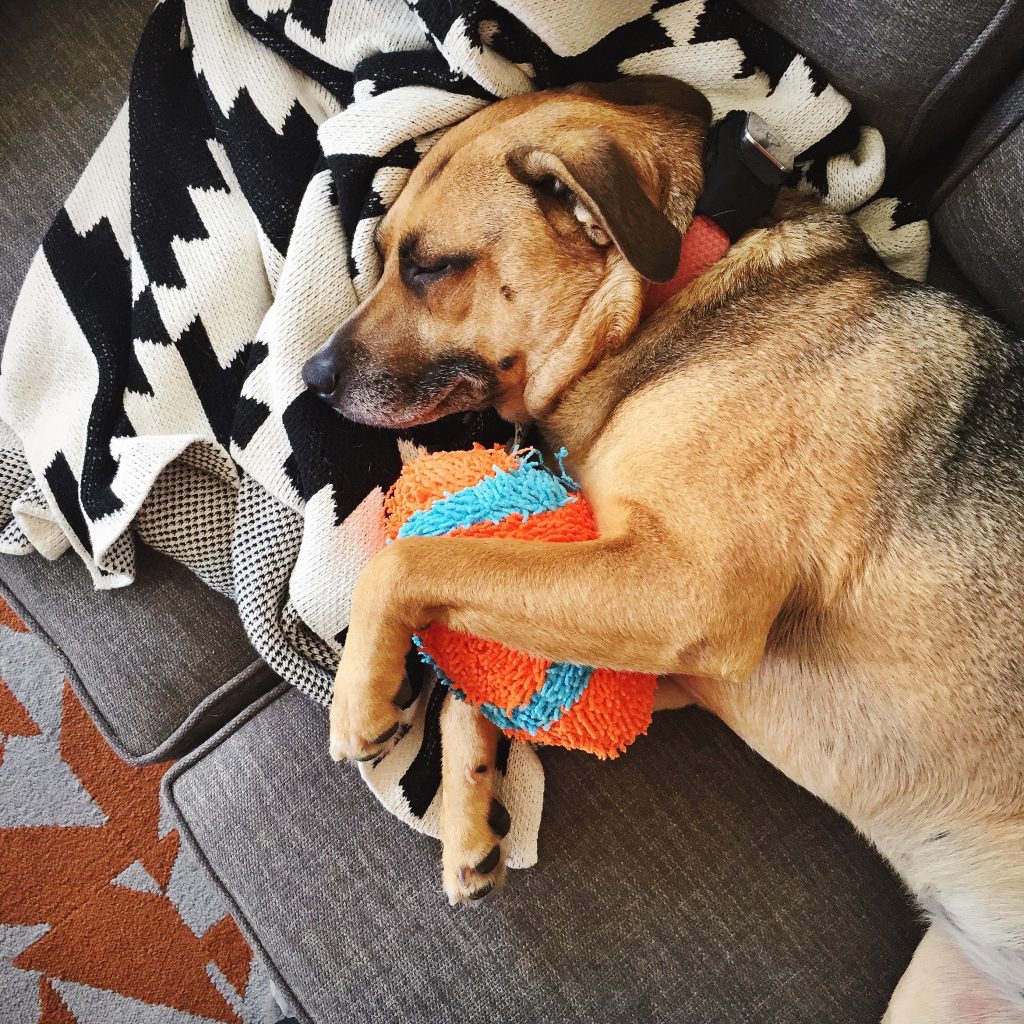 I'd like to say it was a personal triumph that overcame this recent bout of depression, but I owe a lot of it to getting a new endocrinologist. You may know that I have Hashimoto's Thyroiditis, and the thyroid has a lot of control over mood, among other things. Last fall, my blood tests showed that I'd tipped over, just slightly, into HYPERthyroid territory so my endocrinologist decreased my thyroid hormone medication. I was just beginning to show signs of depression but my endocrinologist was positive that it was separate from thyroid issues because of the blood test results. The decrease in medication caused an increase in other HYPOthyroid symptoms like weight gain, fatigue, brain fog, hair loss, etc. But when I went back in February, my blood tests showed that I was still HYPER and even though I was having these symptoms, my doctor insisted on lowering my medication again. I felt that she wasn't listening to me. I went to my regular doctor to request a new endocrinologist referral and my doctor agreed that we needed to get me back to feeling better, even if that meant my blood tests showed that I was HYPER. That may be where I feel normal.

So I went to my new endocrinologist. He agreed that it was important to get me back to where I felt normal. So he increased my medication back to where it was the last time I felt good. But there was something else we needed to address. They'd found nodules on my thyroid a couple years ago and during my yearly ultrasound to monitor said nodules, one of them had grown and developed "morphologically suspicious features." The ultrasound results actually said "Consider Fine Needle Aspiration." Which, for those of you who don't know, is a biopsy. My first endocrinologist ignored this and suggested that we look at the nodules again in six months or so. My new endocrinologist didn't want to mess around with it and ordered a biopsy, which I did the following week.

I was sure that if it was anything serious, they would call me in and we'd talk about it in his office, just like they do in the movies. When the doctor called, I was positive that he was just calling to say that it was normal. When he told me that I had cancer, I struggled to hear everything he said afterwards but there was a high-pitched tone in my ears. I began to sweat. I was at work and I carried the phone outside to the balcony so I could get some fresh air and escape the sound in my head. I asked him to repeat himself. Definitely cancer. Surgery. Partial thyroidectomy. I shouldn't worry. It's common. Need to make an appointment with the surgeon.

So I made an appointment with the surgeon. The week leading up to the appointment was confusing. I'm only 35. I'm vegan. I take care of myself. I'm supposed to be healthy. How do I have cancer in my body? I was in the thick of my stint with bronchitis and I couldn't help but wonder if part of the coughing was due to the cancer. Maybe I'm so tired because of the cancer? Is it growing and spreading right now? Is it possible that I have cancer elsewhere in my body just waiting to be discovered?

My appointment with the surgeon was helpful. Papillary Thyroid Carcinoma. It's the most easily treatable, most favorable form of thyroid cancer. She wants to remove the entire thyroid to reduce the risk of having to go through this again in the future. They did another ultrasound and there are some lymph nodes near the tumor that are enlarged. It's possible that the cancer spread to the lymph nodes so when they are removing the thyroid, if the lymph nodes look cancerous, they'll take those as well. But I'm young. The tumor is small. They don't think there's any reason for me to need any further treatment following the surgery. And they don't think it will affect my life expectancy at all. I already take thyroid hormones so my body is already used to them. There won't be an adjustment period. I should be fine after one week of recovery. Easy peasy.

So that's where I'm at now. Chris and I are trying to plan a big vacation for when this is all over. We need it. We're wrapping up the show we're working on. I'm trying to get used to the idea that they're going to cut my neck open in a couple of weeks to remove the cancer. I'm trying to wrap my head around the fact that I have cancer. I'm researching and picking out vacation spots. I'm working hard on filling up my phone's storage space with pictures of my dogs (thus the reason for all of the dog pics in this post). We're binging The Unbreakable Kimmy Schmidt because, do I need a reason? I'm trying to perfect the vegan, gluten-free cinnamon roll and I'm getting pretty damn close (and we're not sad about how long the experimentation process is taking). We're staying positive. I'm trying to remember how I made that darn soup so I can share the recipe with you ASAP. I'm trying to get back to normal, whatever that may be these days. 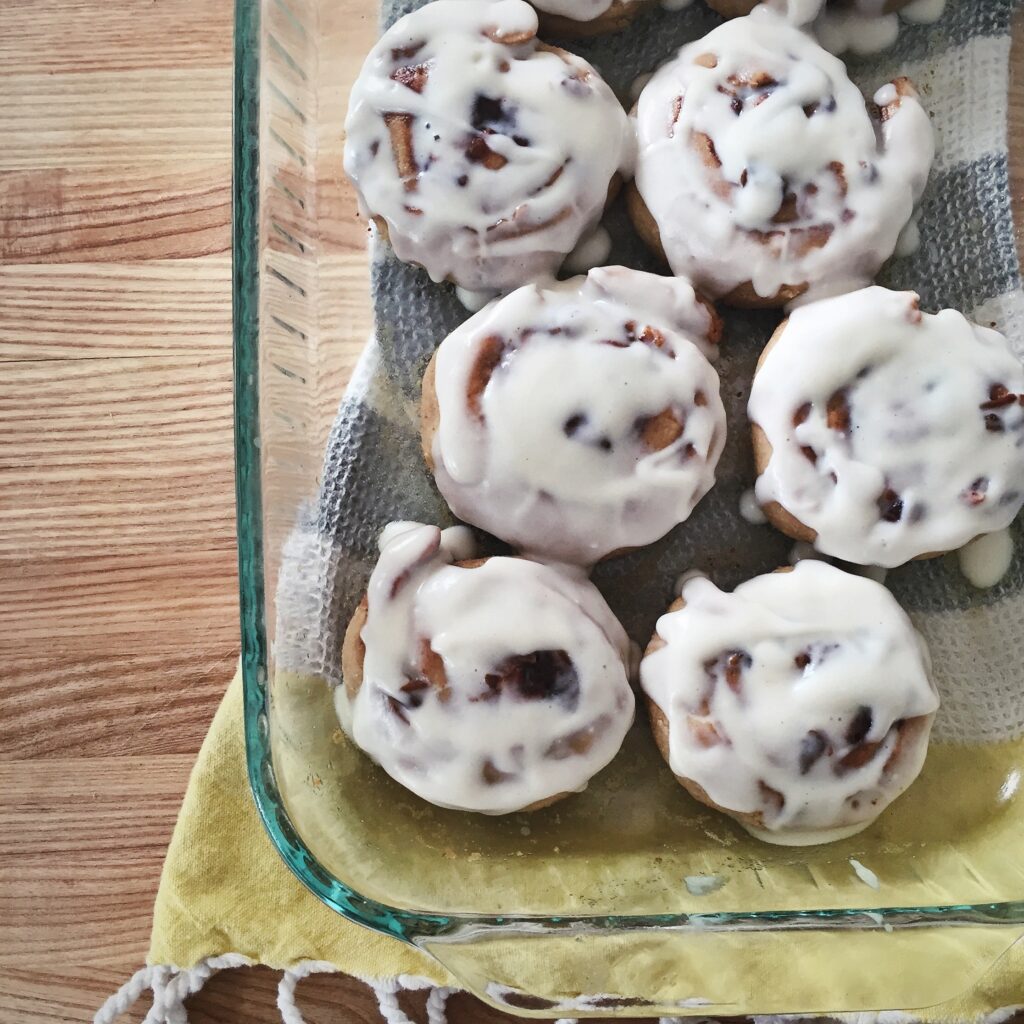