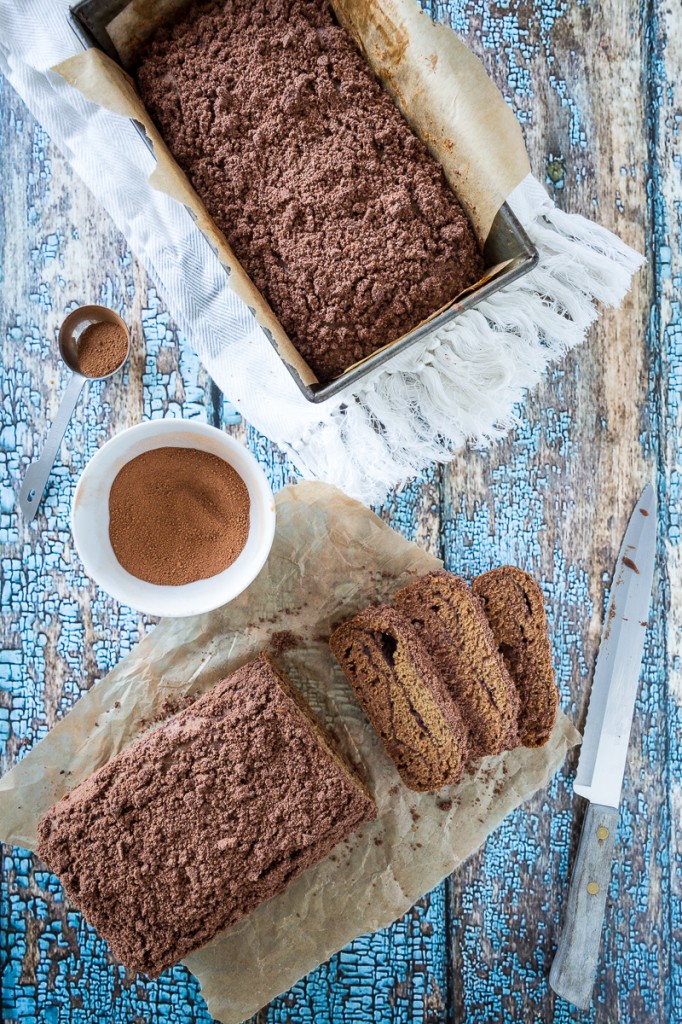 It's fall now (Hi, my name is Captain Obvious). 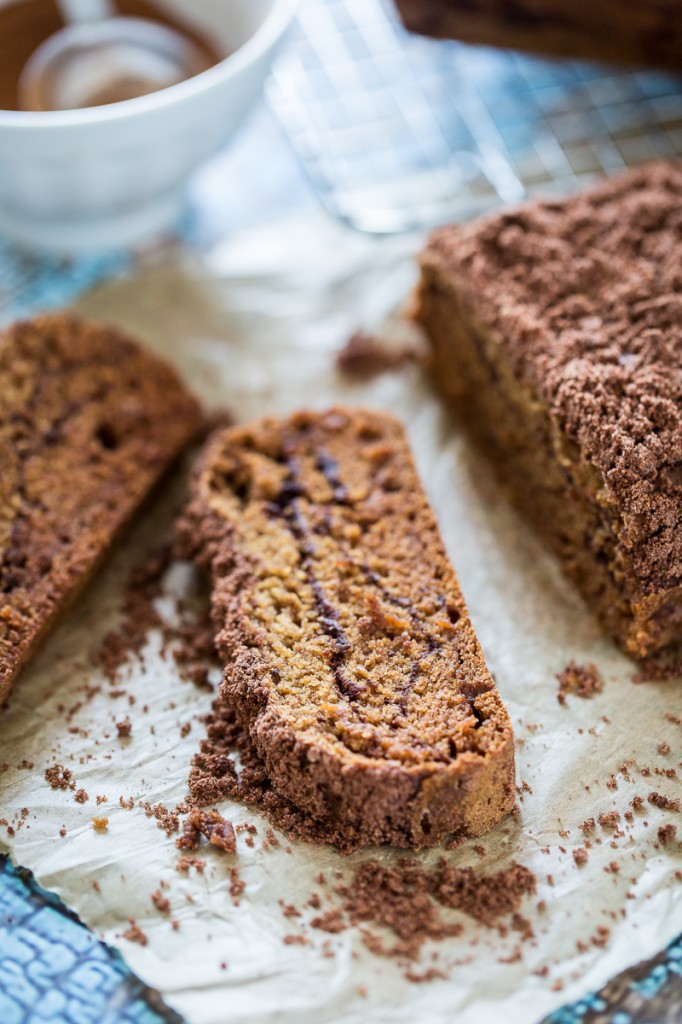 That means it's time for my cinnamon intake to increase exponentially. 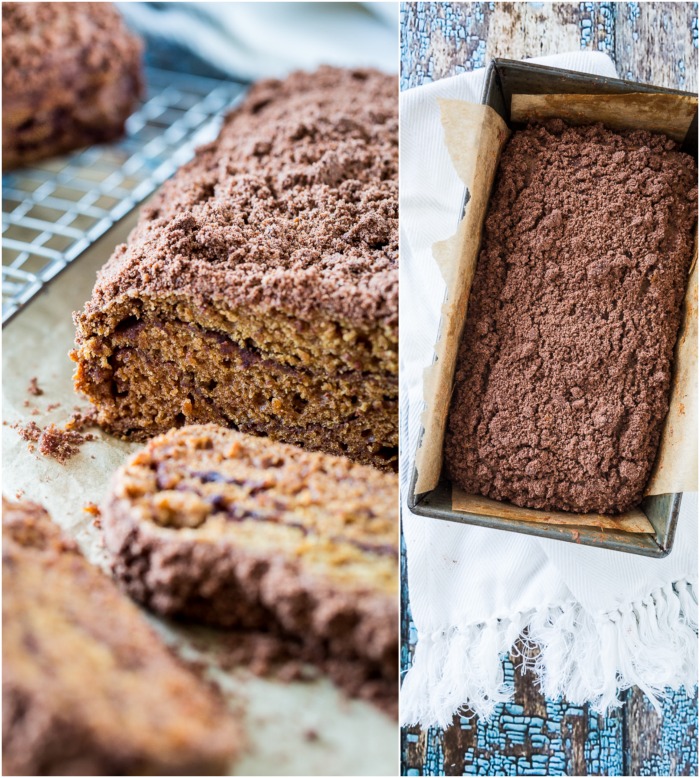 And I'm starting with this streusel-covered snickerdoodle bread. 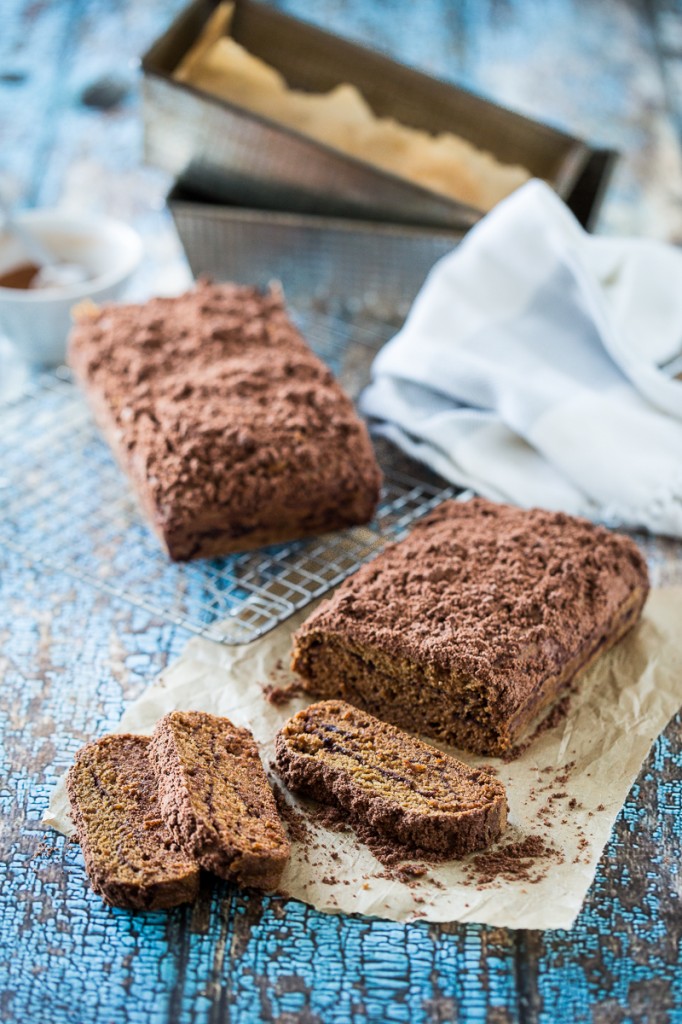 Sure, I could've made snickerdoodle cookies, but I was in the mood for something banana bread-ish but I had no bananas. What I did have was a big ol' jar of applesauce. Now even though applesauce takes the place of eggs in this recipe and also helps cut back on the amount of oil needed, the bread surprisingly doesn't have an apple flavor. It's all sweet cinnamony goodness. 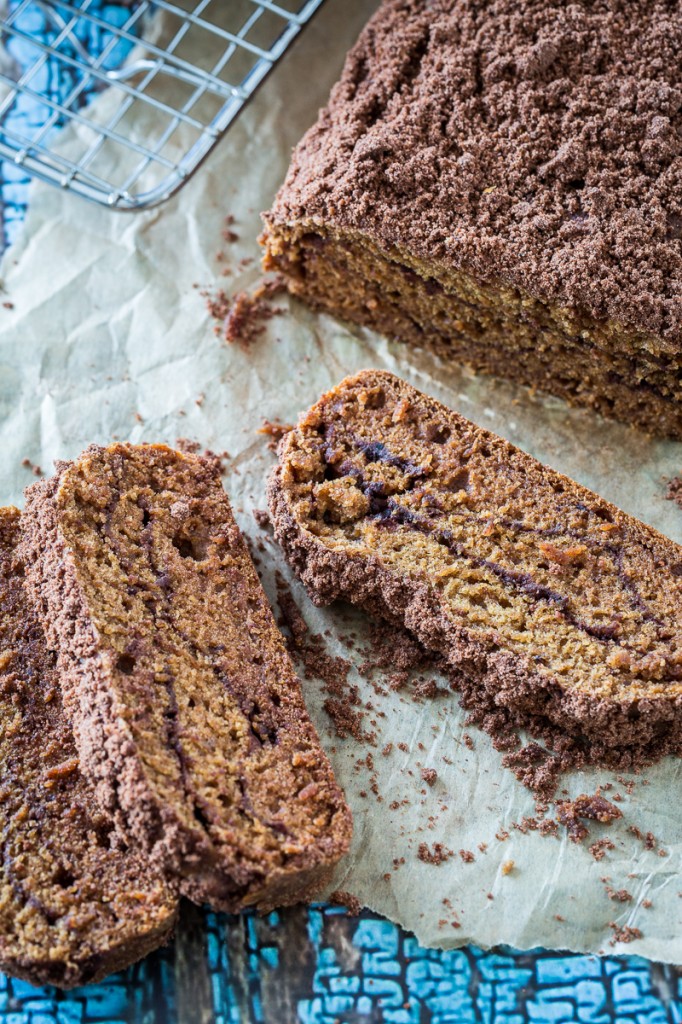 How does this bread pack in the cinnamon, you ask? Well, in addition to there being some in the batter itself, there's 2 layers of a cinnamon/coconut sugar mixture. Then, as if that wasn't enough, there's a thick layer of cinnamon streusel piled on top of both loaves. Yes, you read that right: this recipe makes two loaves. You might be wondering what you're going to do with two loaves but trust me- it will go fast! Or, you can give the second loaf to your neighbor or friend or some random person. Whatever floats your boat. 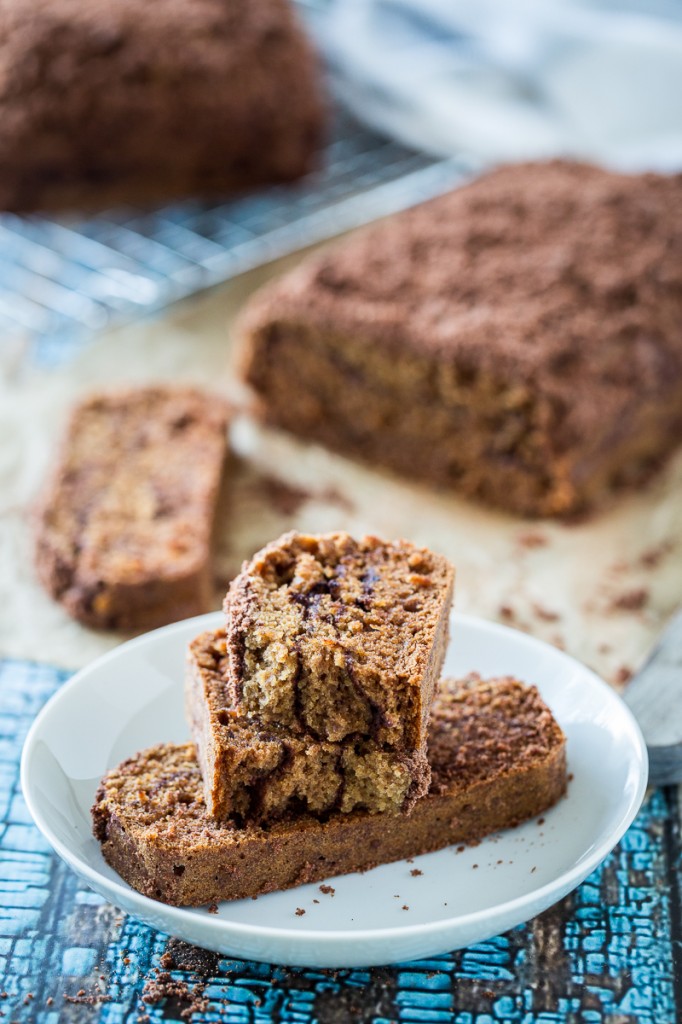 This snickerdoodle bread went over pretty well in our house. And by "well," I mean "oh my god!" Both loaves were gone in under 4 days. In other news, I just awoke from a blissful cinnamon coma in time to share this recipe with you. Go now, stock your pantry with tons of cinnamon because I have a feeling this snickerdoodle bread is going to be on regular rotation in your house too. 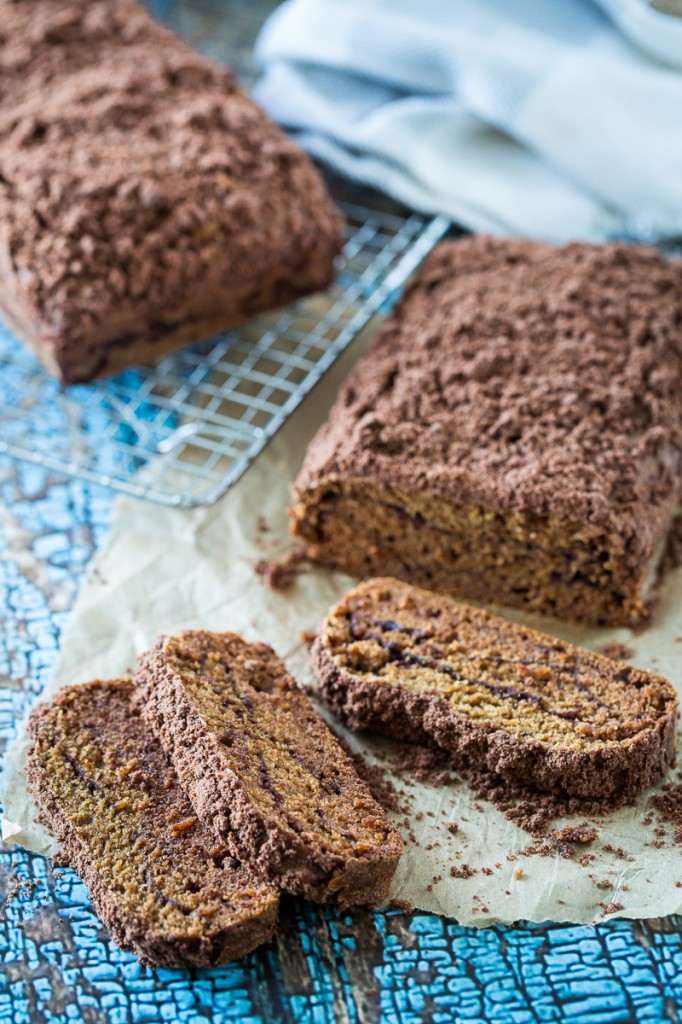 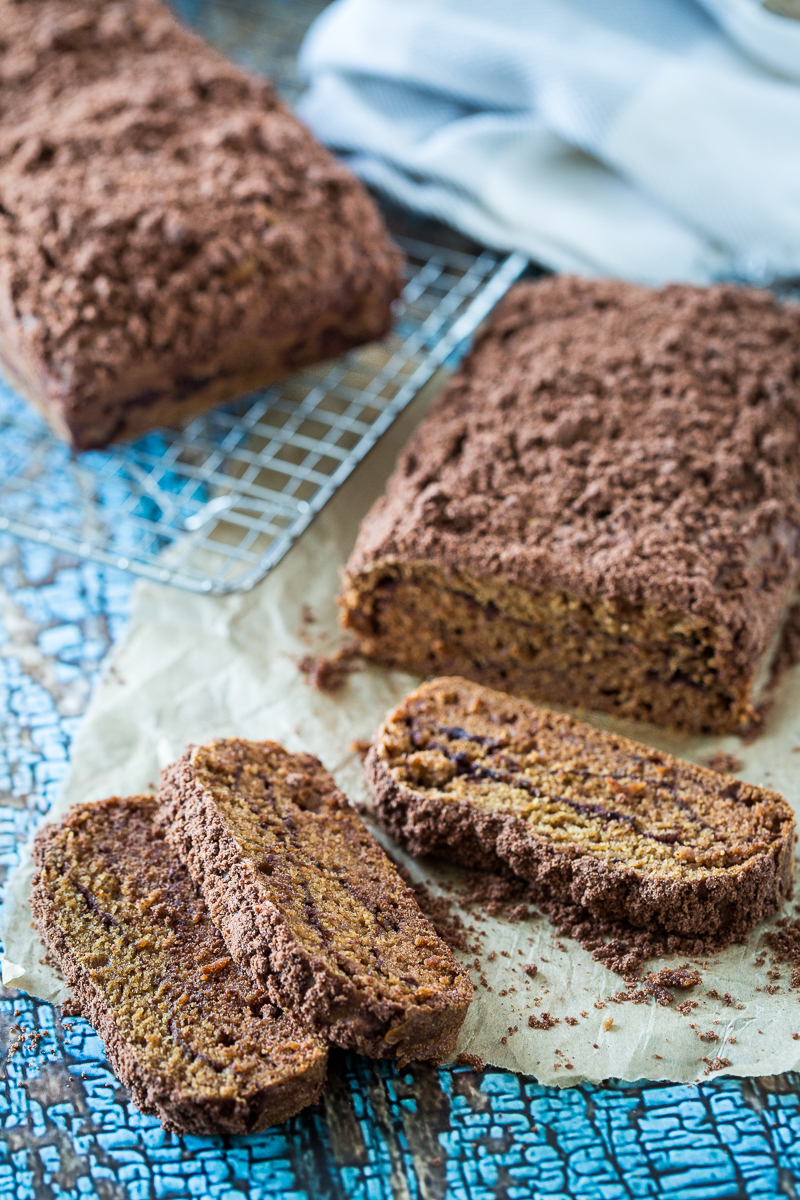 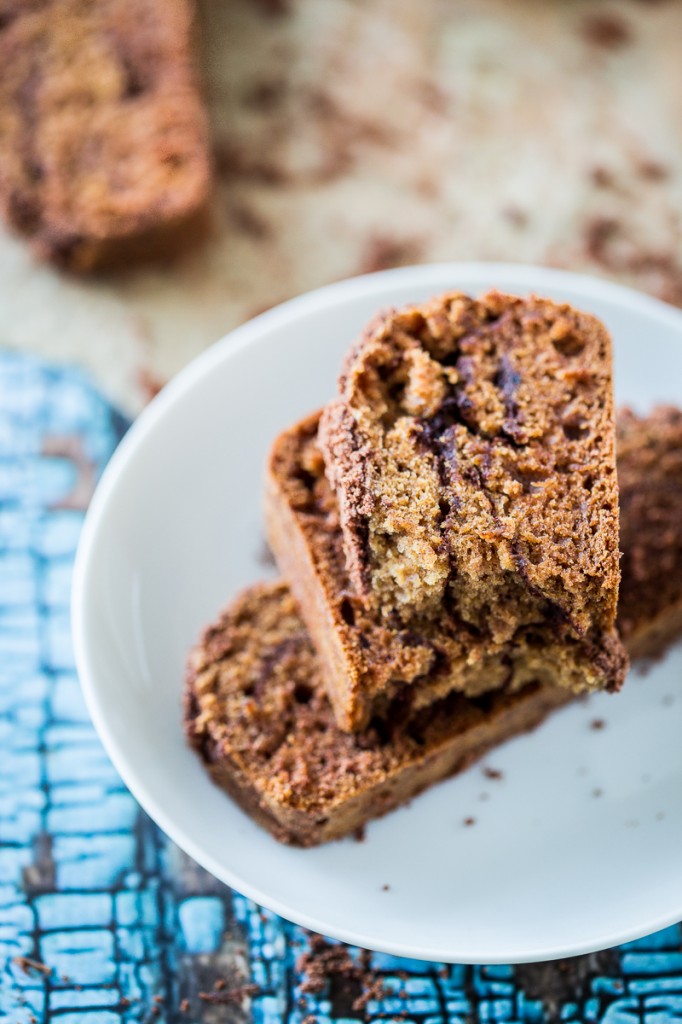 What are some of your favorite uses for cinnamon?