Did you ever go to summer camp when you were a kid?  You would take classes or workshops to learn new things, eat with all of the other kids in a giant rec hall, hang out with old friends and make new friends, have tons of fun with these old and new friends all week long, then get really sad when it’s time to go home and say good-bye to everyone.  Well, imagine doing a vegan summer camp as an adult with a ton of other vegan bloggers while on vacation in an amazing city and you would have yourself Vida Vegan Con. 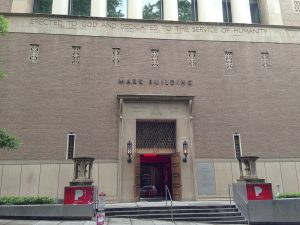 Vida Vegan Con began on a Friday, so Chris and I arrived the day prior.  We woke up Thursday morning, took our time getting ready, then headed over to the Portland Art Museum, where VVC was being held, to check in.  We checked in, got our swag bags and walked back to our hotel to drop them off.  These swag bags were packed with so many goodies, I can’t even make a list for you.  Tons of awesomeness from Bob’s Red Mill, Attune Foods, Peanut Butter & Co., Veggie Grill, Nasoya, So Delicious, Fabe’s, Allison’s Gourmet, Chicago Vegan Foods, Go Max Go, Wholesome Sweeteners, and so much more. 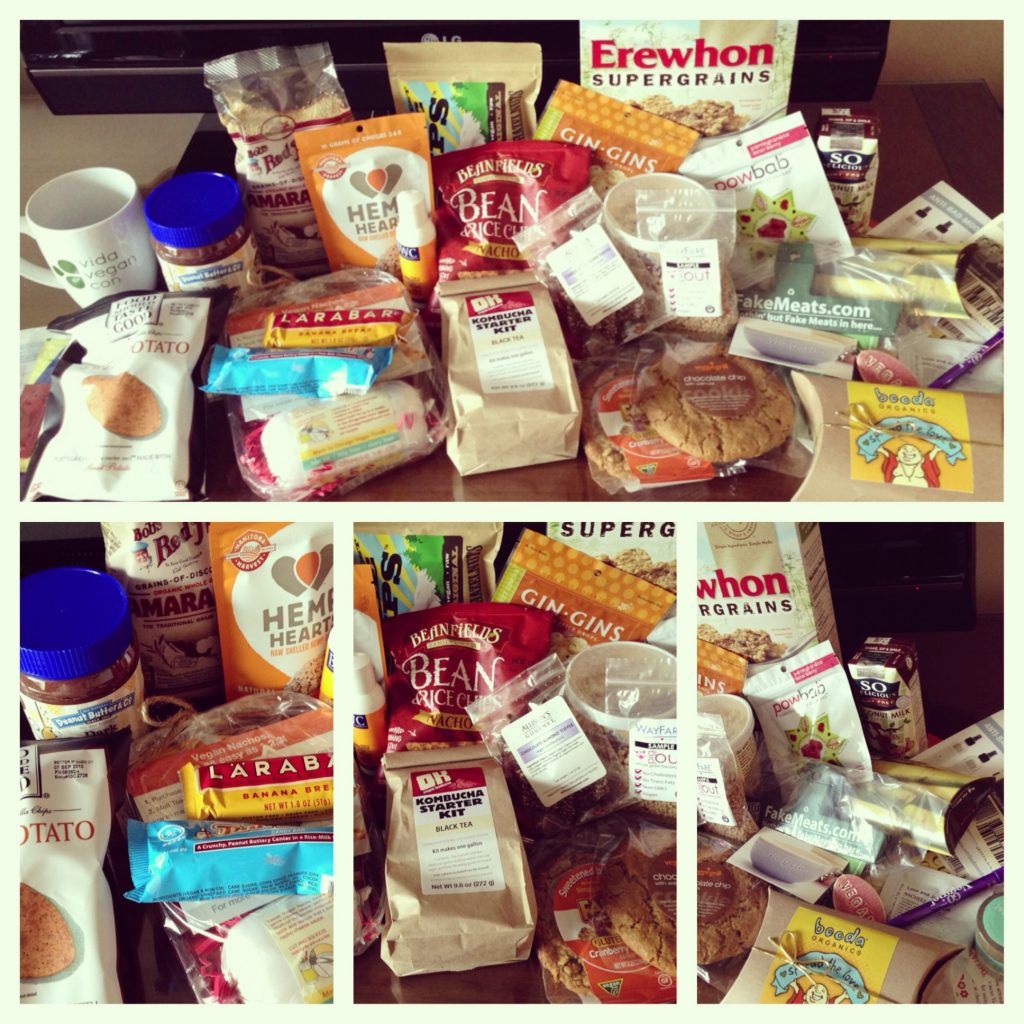 We got brunch before heading back to the museum to get the day started.  We spent some time checking out the exhibitors in the main ballroom.  Chris and I sampled products and got even more goodies from some of the same companies who contributed to our swag bags, as well as Luna & Larry’s Coconut Bliss, Wayfare Foods, Tofurkey, Go Veggie!, Kevita, Vegan Cuts, Earth Balance, and Upton’s Naturals, just to name a few.

Some of our favorite classes that we attended at VVC were:

To be honest, I was pretty nervous going in to Vida Vegan Con because large crowds make me anxious and I always get super nervous when meeting new people.  My favorite part of the whole weekend, however, was meeting so many other vegan bloggers, especially ones I had been a fan of for so long.  I was pretty starstruck the whole weekend.  I had met Cadry on her recent visit to LA, but during this trip we really hung out a lot with her and her husband, David.  I had met Jackie before too, but it was so great getting to hang out with her again- this girl is so funny!  We also got to meet Erin and her husband Jeff, Amber and her husband Matt, Gena, JL, Ginny, Angela, Isa, Jasmin and Mariann, Dan, Christy, Ashlee, Brian, Eva, Sarah, Joni, Lisa, Nicole, Hannah, Heather, Nirel, Rosie, Stephanie, Andrea, Dianne, Laura and her mother, and a very sweet lady named Amy who I truly hope starts a blog soon (How’s that for name-dropping?).  It was such a pleasure to meet all of these like-minded, sweet, and wonderful people (I know I’m probably forgetting some people- I’m so sorry!).  I wish I had thought to take pictures with everyone but I just never remember to do that sort of thing. 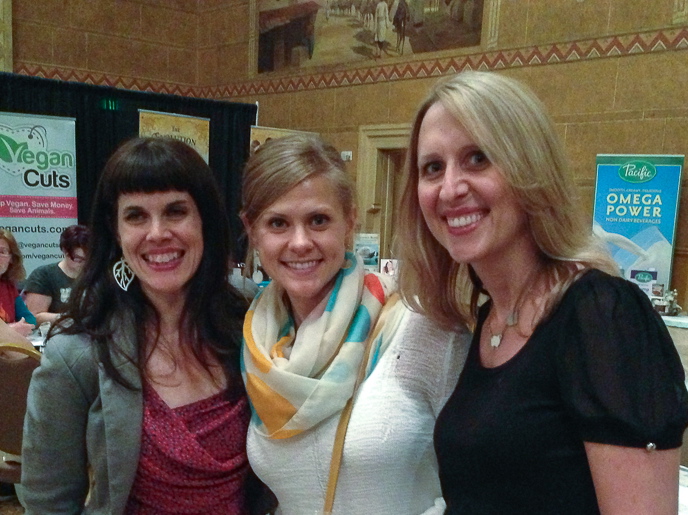 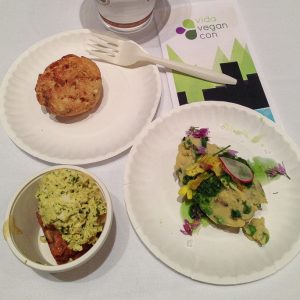 The entire weekend we were treated so well.  There was a welcome reception hosted by the Veggie Grill; a little pop-up party at the vegan mini-mall (Yeah, Portland has one) with gorditas from Upton’s Naturals and Food for Lovers and s’mores from Chicago Vegan Foods; a breakfast showcase featuring food from some of Portland’s best breakfast eateries (we had panisse from Portobello, meatloaf benedicts from A.N.D. Cafe, and a sweet & savory biscuit from Back to Eden Bakery); and “Build-Your-Own” Bowl and Sandwich lunches on Saturday and Sunday. 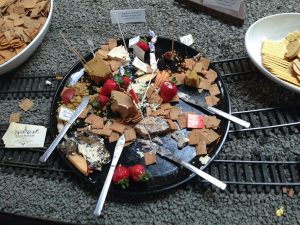 Then there was the huge Galarama & Silent Auction at Staver Locomotive, with artisan vegan cheese provided by Miyoko Schinner herself, and a So Delicious ice cream sundae bar with brownies from Capital City Bakery.  The event raised $4000 for Chimpanzee Sanctuary Northwest!  The evening was hosted by Brian Patton and Melisser Elliot was the DJ.  The best part was hanging out with all of our friends, new and old.  Sounds like a crazy dream, right? 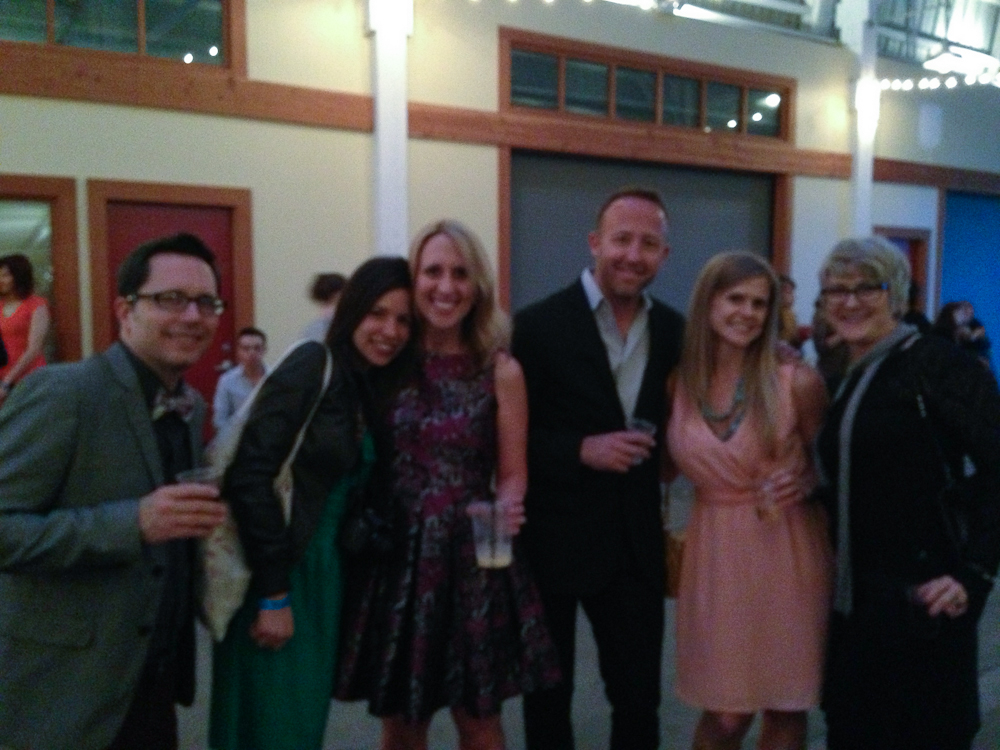 A bunch of us even went to a karaoke bar afterwards.  Chris and I were going to do a duet (because we’re that cute) if one of two different songs were in the karaoke-list-binder-thing, but neither were there so we did not share our vocal talents.  We had a blast anyway until it got late and we got sleepy (I’m so much less fun when I’m sleepy). 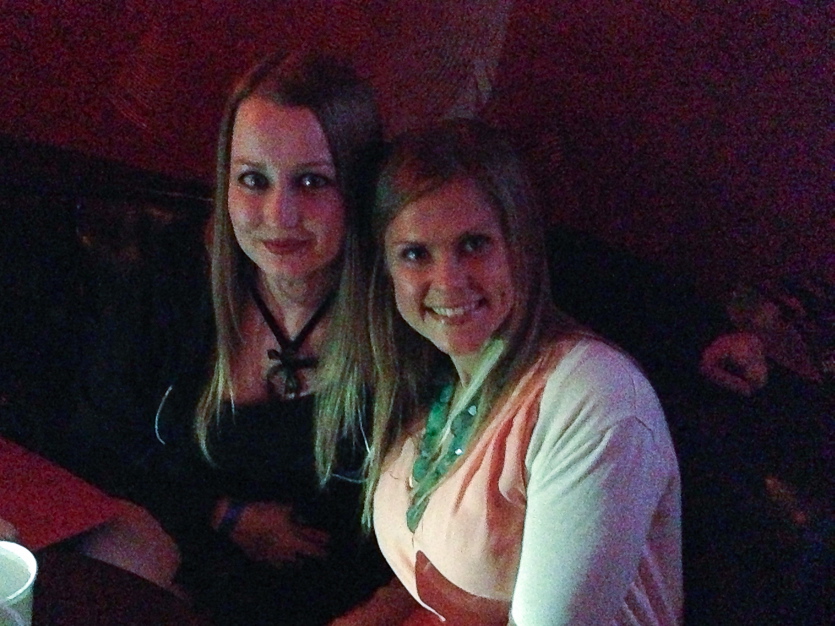 Amber Shea Crawley & I at the Karaoke Bar

On Sunday, when it was all over,  it was time to say good-bye to all of our new friends.  That was my least favorite part of the whole trip.  That part actually kinda sucked.  I just wish every day was Vida Vegan Con! 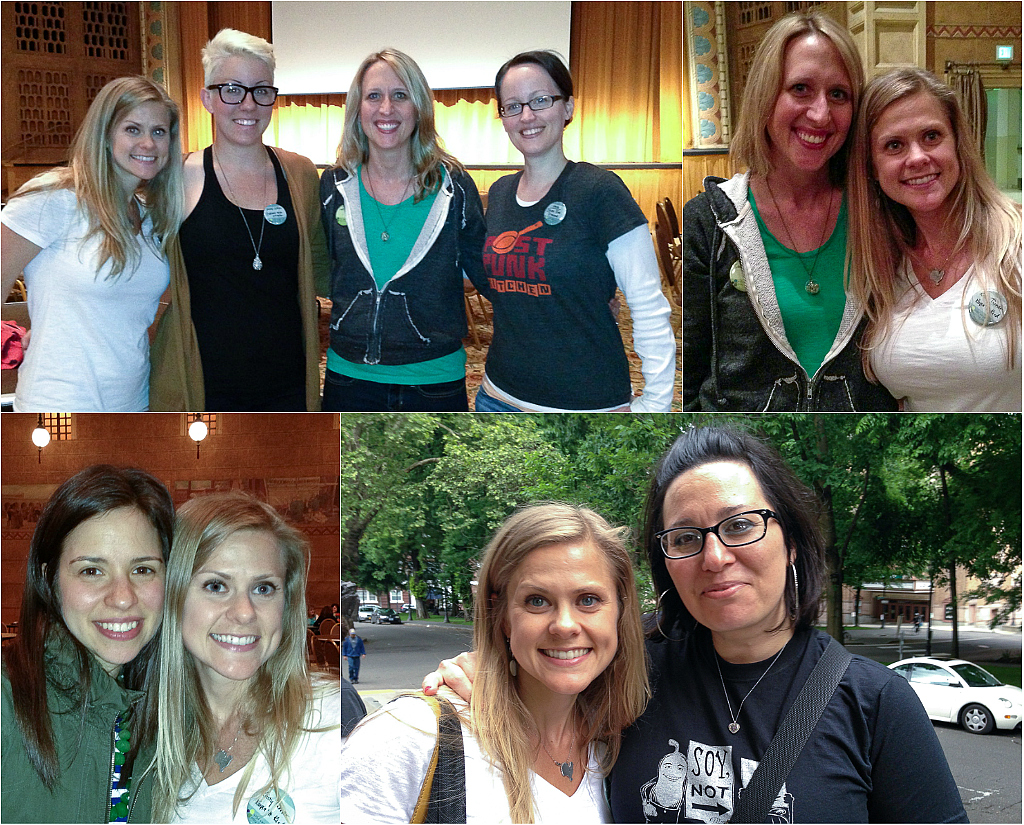 Clockwise from top left: Me, Jackie Sobon, Cadry, and Erin Wysocarski; Cadry & I; Isa Chandra Moskowitz & I; Gena & I

I have to give a huge thanks to Jess, Janessa, and Michelle for organizing this incredible event.  I can’t even imagine the amount of work they had to do to make Vida Vegan Con possible.  Chris and I learned so much, ate so much great food, met so many wonderful people, and had just an all-around fantastic time.  I can’t wait to do it again next year!

And P.S.- I kinda wish we could have a VVC reunion bash sometime before the next VVC (I mean, that’s like at least a whole year away!).  I don’t know when or where, but seriously, how fun would that be?!  Who’s with me?