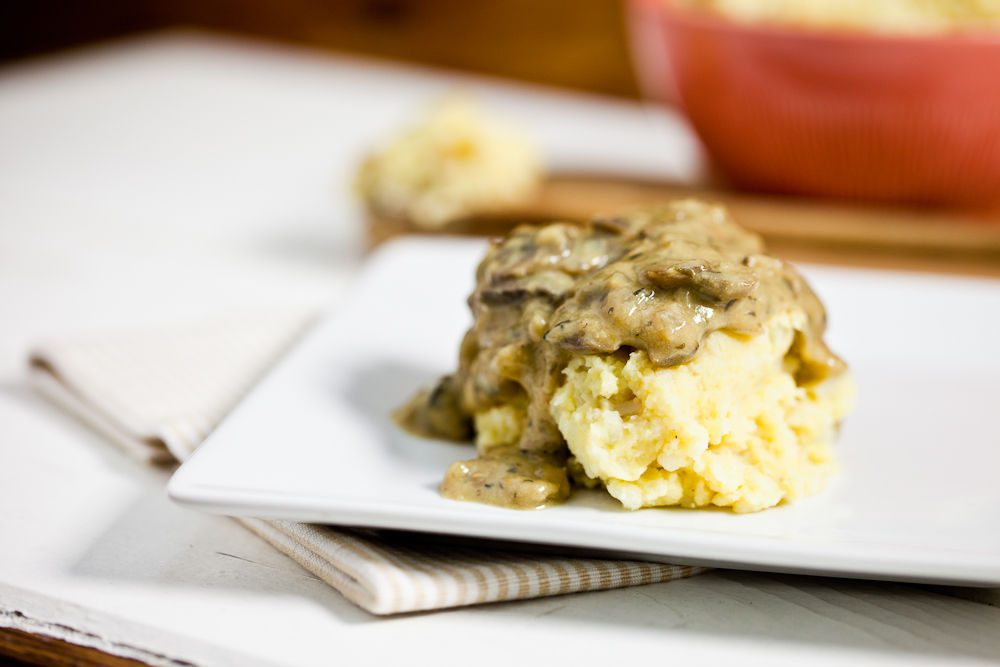 For our first Thanksgiving, after becoming vegan, we told Chris's family not to worry about us- we would bring our own food.  We didn't want to overwhelm people with having to prepare vegan food and I had no problem bringing a bunch of vegan dishes to share with everyone.  Chris's sister, a super healthy-eating vegetarian, insisted on bringing the mashed potatoes and I agreed to bring a healthy vegan gravy.  She even texted us several times to make sure certain ingredients were ok (She is just the sweetest- I truly have some of the best in-laws around!). 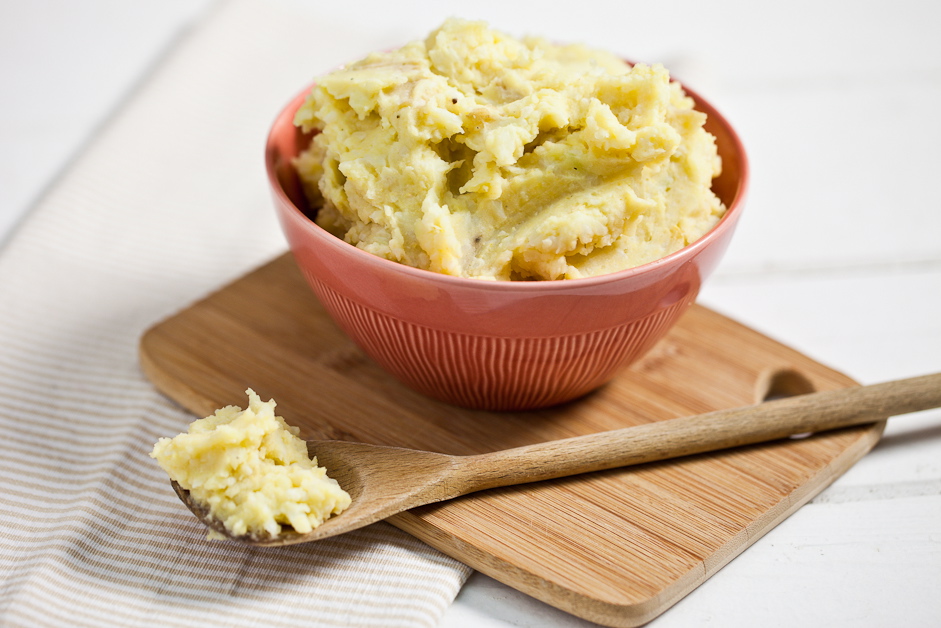 On Thanksgiving, I was blown away by Sharla's mashed potatoes.  I asked her how she made them and she told me: She substituted half of the potatoes with cauliflower and used almond milk and Earth Balance to make it creamy.  I have made them again at home, several times since thanksgiving.  Only a few months ago did I learn that Isa Chandra Moskowitz had a similar recipe in Appetite for Reduction and she appropriately named them "Caulipots." 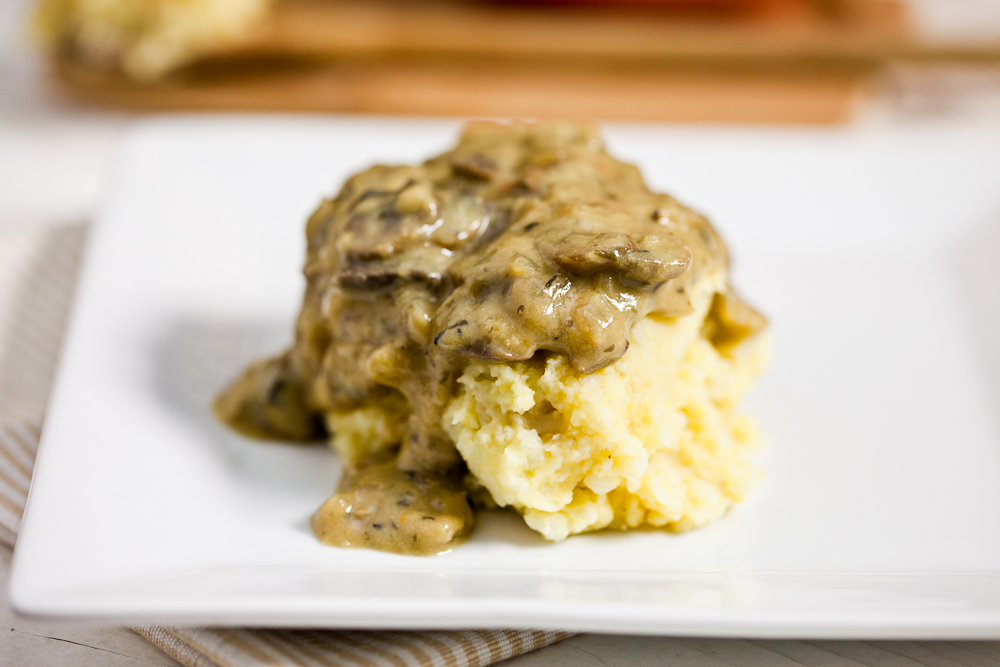 Because I have an intense love for words, and "caulipots" is like music to my ears, I kept the name.  Because my sister-in-law's recipe is so good and has sentimental value, I still use her recipe.  And because I'm having a small love affair with The Chickpea, I decided to do a chickpea version of one of my favorite recipes. 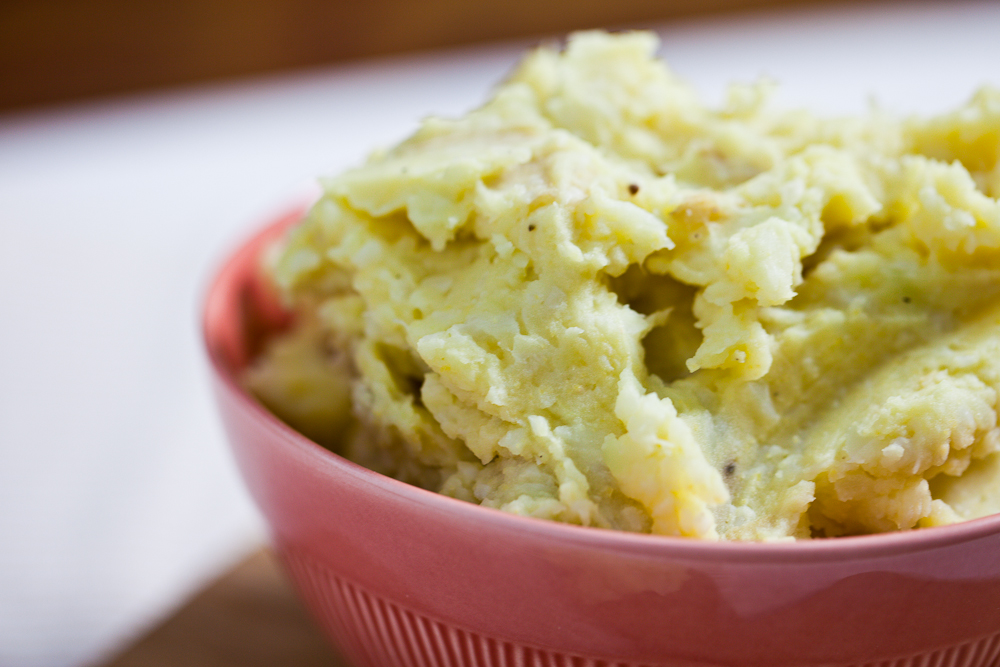 These caulipots get their creaminess from a puree of chickpeas, almond milk, and olive oil.  The chickpeas also add a nutty richness to the caulipots while adding a bit of protein.  I topped the caulipots (Man, I love that word!) with some Miso Mushroom Gravy and served it alongside a delicious chickpea-infused entrée (but you'll have to wait until tomorrow to see what that is!).  In the meantime, enjoy this wonderful side dish brought to you by Sharla, Isa, and The Chickpea. 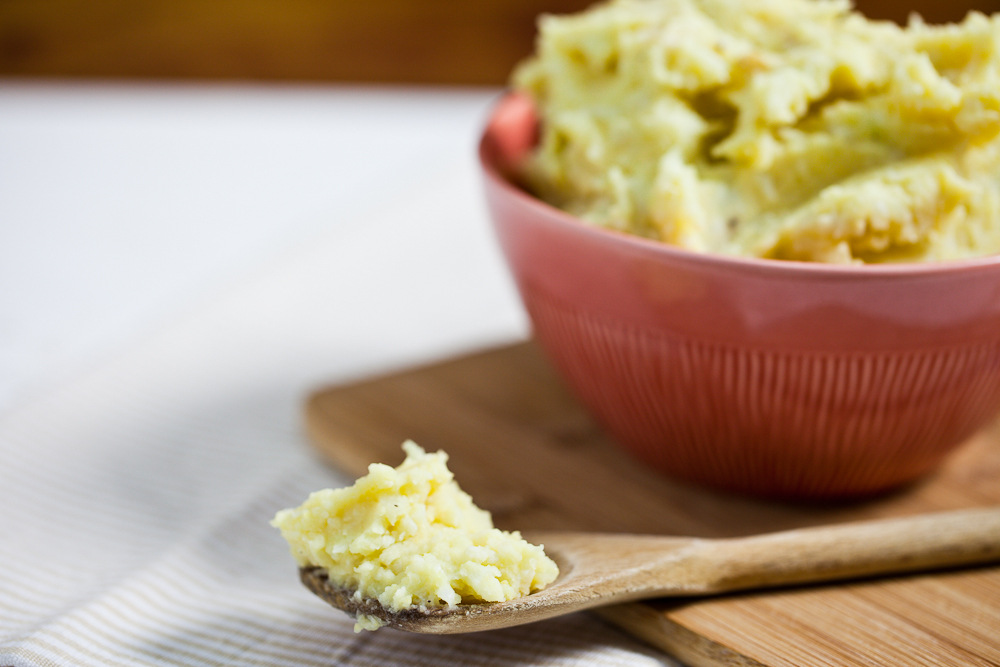 for the caulipots
for the miso mushroom gravy 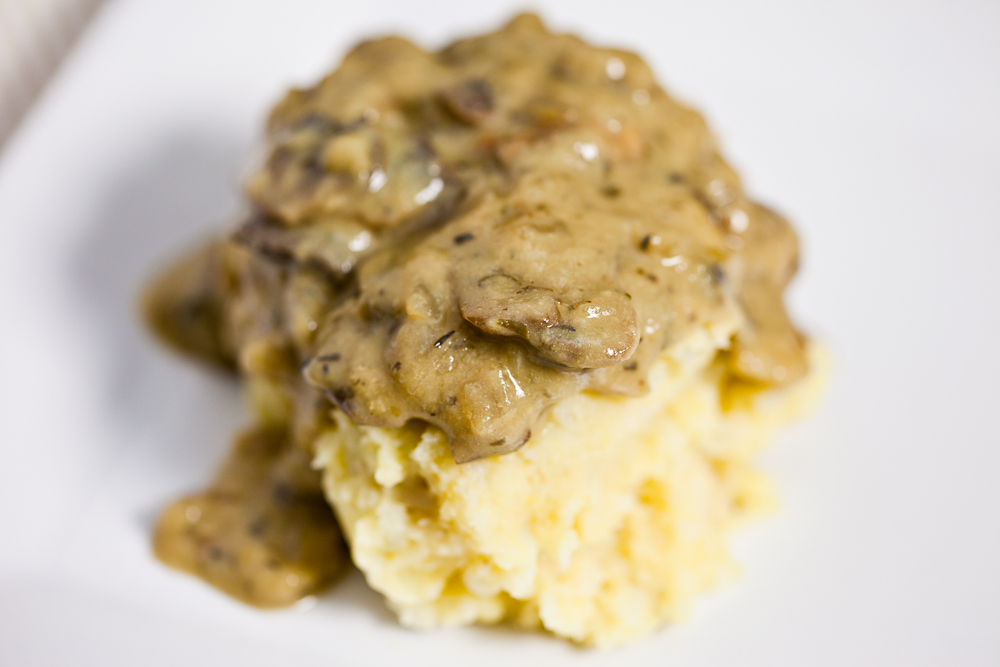 for the miso mushroom gravy 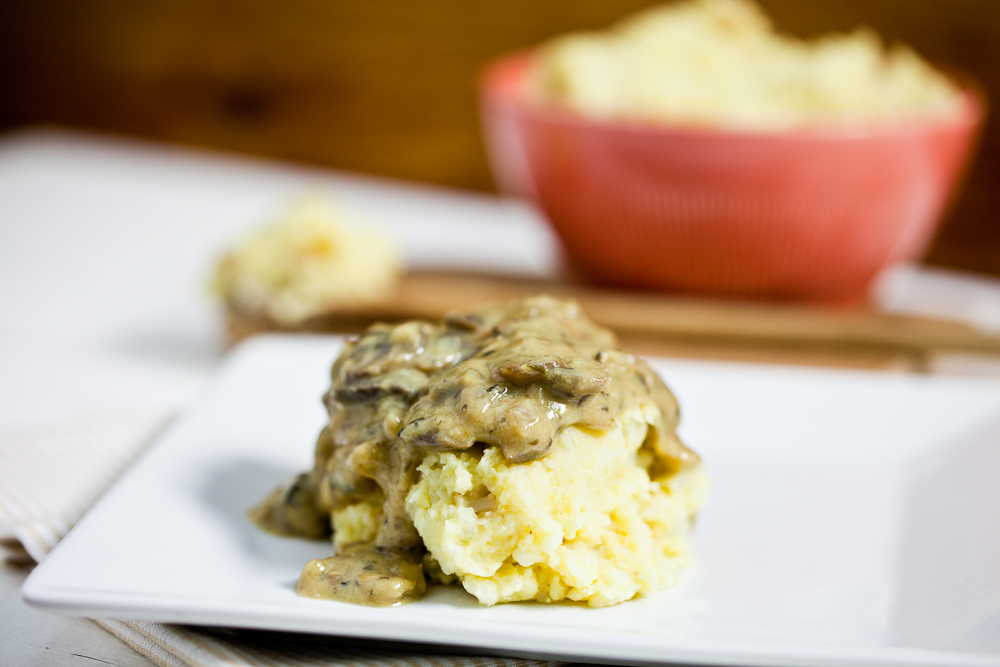