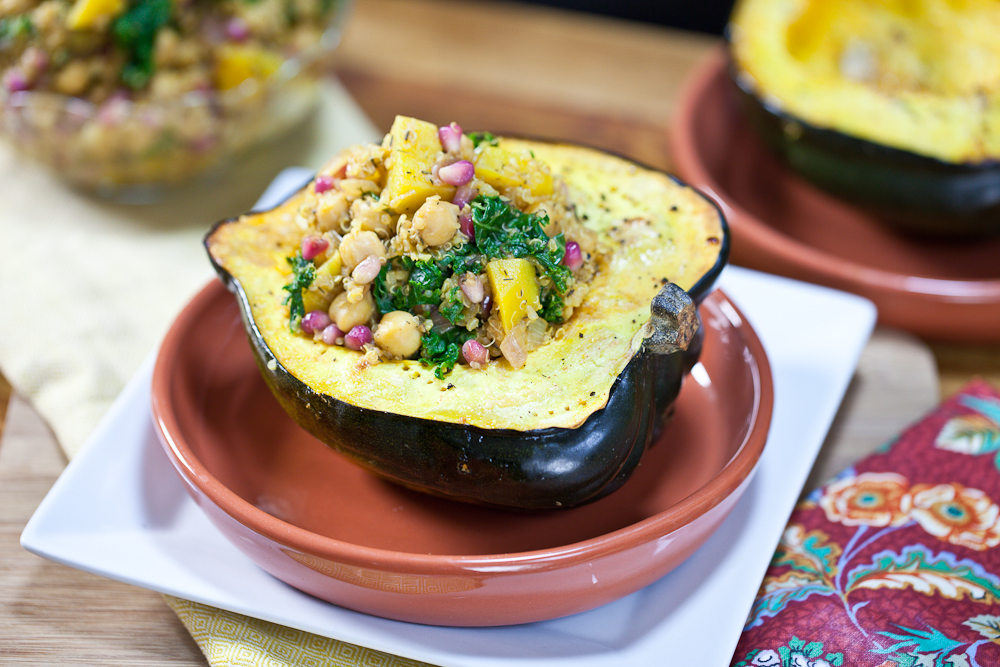 Always the romantic, The Chickpea surprised me with an extravagant gift. 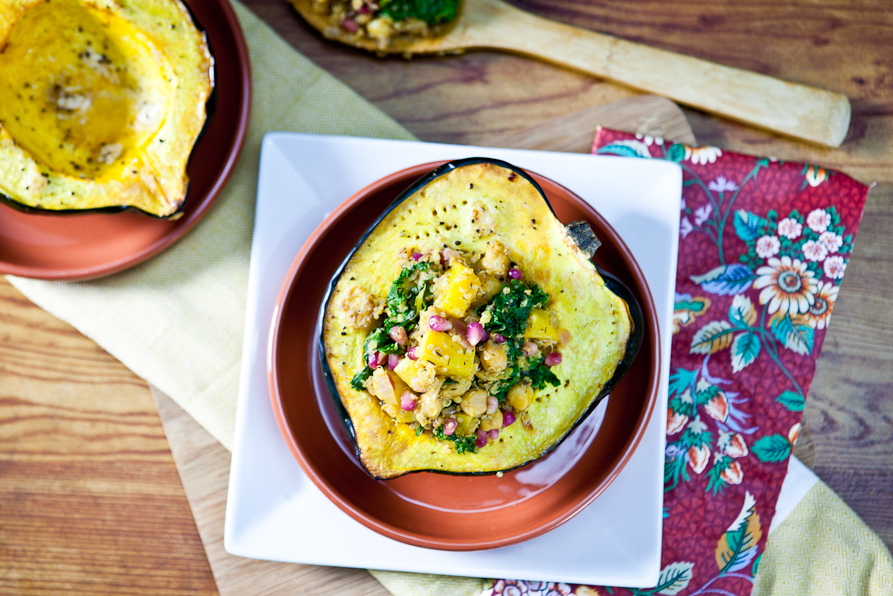 He had stuffed an acorn squash (winter squash being one of my most favorite things about fall and winter) with a mixture of golden beets, pearls of quinoa, emerald kale, and the most dazzling of jewels, pomegranate seeds!  I felt truly spoiled! 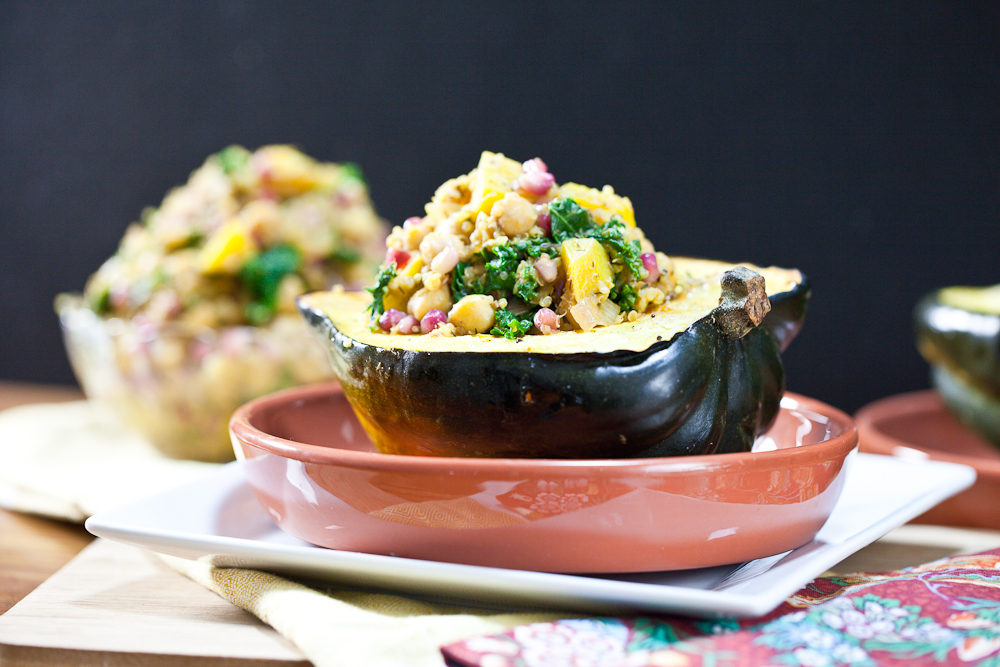 The best part about the gift was the light, tangy sauce the stuffing was cooked with.  It was orange juice based and had just enough miso and dijon mustard to brighten up the mix without overpowering it.  The chickpeas, though a great part of the mixture, stood down to let the other ingredients really shine.  The roasted golden beets were welcome caramelized nuggets throughout and harmonized well with the roasted acorn squash.  The pomegranate seeds (from the lovely pomegranate, courtesy of my CSA) provided each bite with a pop of tart berry flavor. 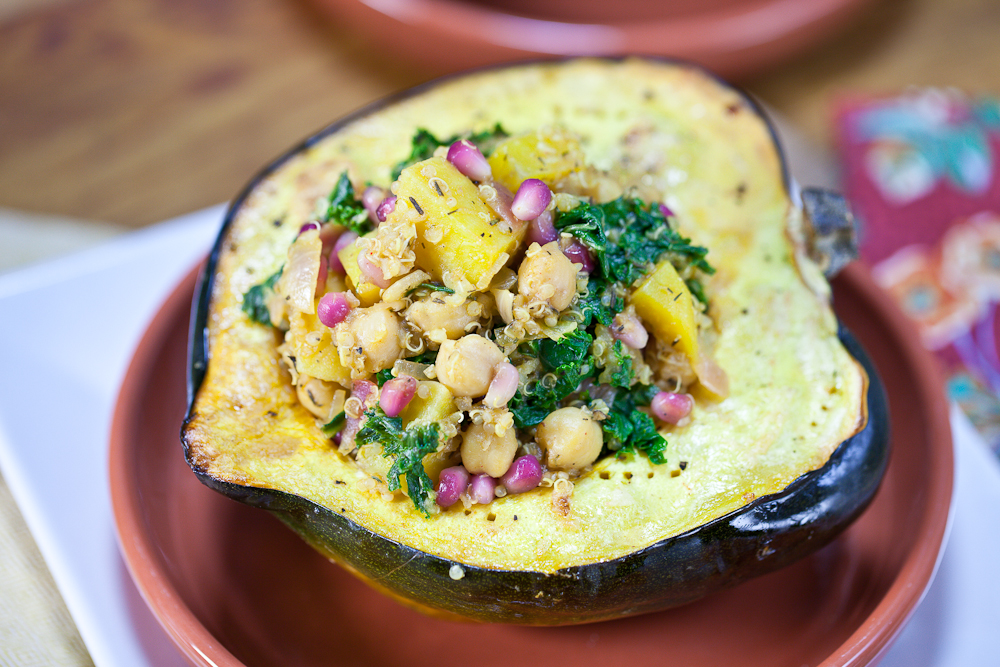 The next time you need to treat yourself, or maybe you just need a great autumn meal, make this dish.  That Garbanzo, he sure knows how to treat a lady (or guy) right! 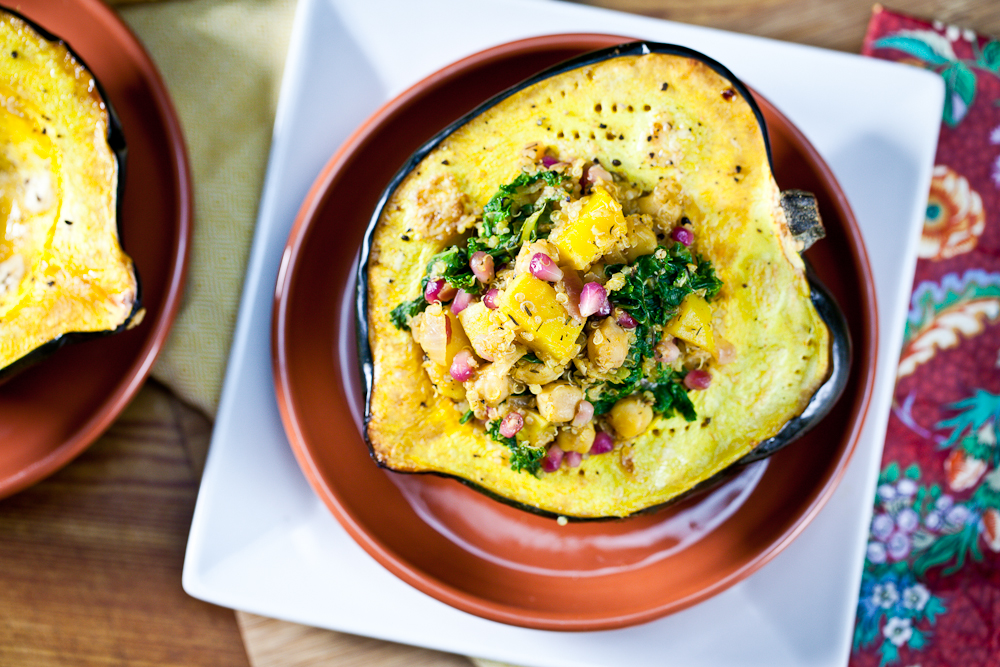 for the squash
for the quinoa mixture
for the sauce

This recipe could easily fill two acorn squash (four halves), but I only did one. Should you decide to cook 2 squash just double the squash ingredients. The quinoa mixture can stay the same. 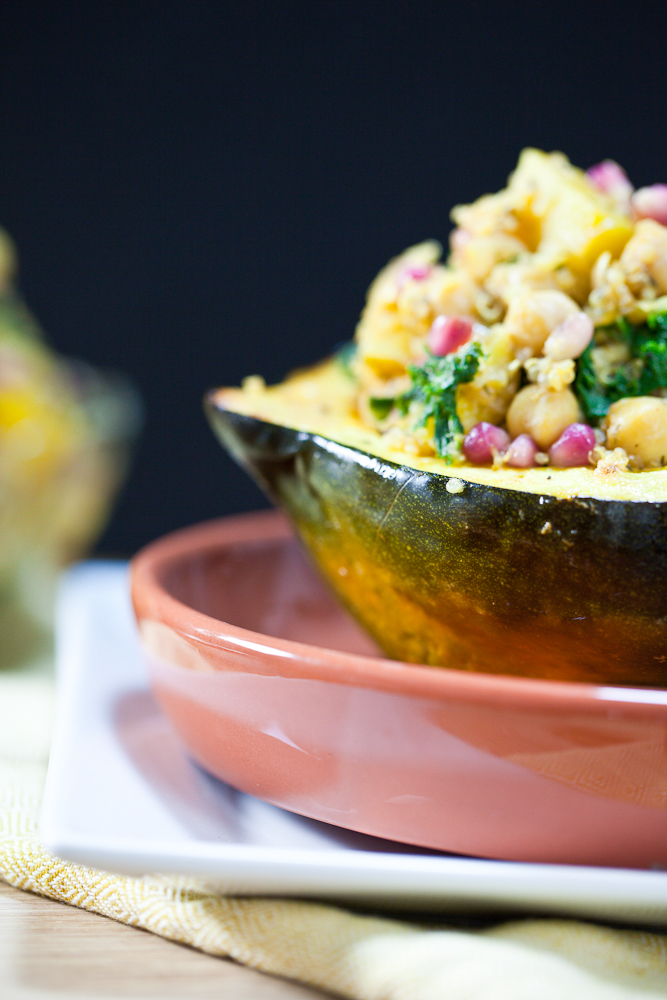