There are three stages when it comes to my hunger:

Chris, over time, has become very good at detecting my hunger signs and has developed tactful ways to avoid me reaching a Stage 3 Hunger Situation.  It is not uncommon for him to say “You’re getting spacey-eyed.  There’s a (insert vegan restaurant/healthy market here) nearby,” and take a detour in order to restore my blood sugar to normal levels.  This situation occurred recently while we were running errands in Culver City.  We were driving from Target to Home Depot (“A pretty nice little Saturday, we’re going to go to Home Depot. Yeah, buy some wallpaper, maybe get some flooring, stuff like that. Maybe Bed, Bath, & Beyond, I don’t know, I don’t know if we’ll have enough time.”***), when he noticed that I was becoming pretty bug-eyed and he pulled over to the nearest vegan-friendly restaurant:  Green Peas. 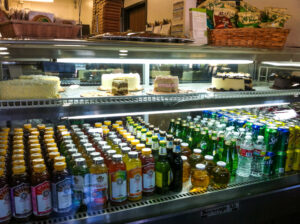 Green Peas is a great place for vegan -friendly options.  Almost everything on the menu, they can make vegan with the help of Gardein or Daiya (neither of which are things I will go out of my way to eat, but they’re okay every once in awhile and great subs for people transitioning to a vegan diet), and everything in their very attractive dessert case is vegan (except the muffins, but who wants muffins when you can have a big slice of cake?).  I’ve never had anything I’ve not liked there and it’s a really great, casual dining restaurant to bring your omnivore friends to. 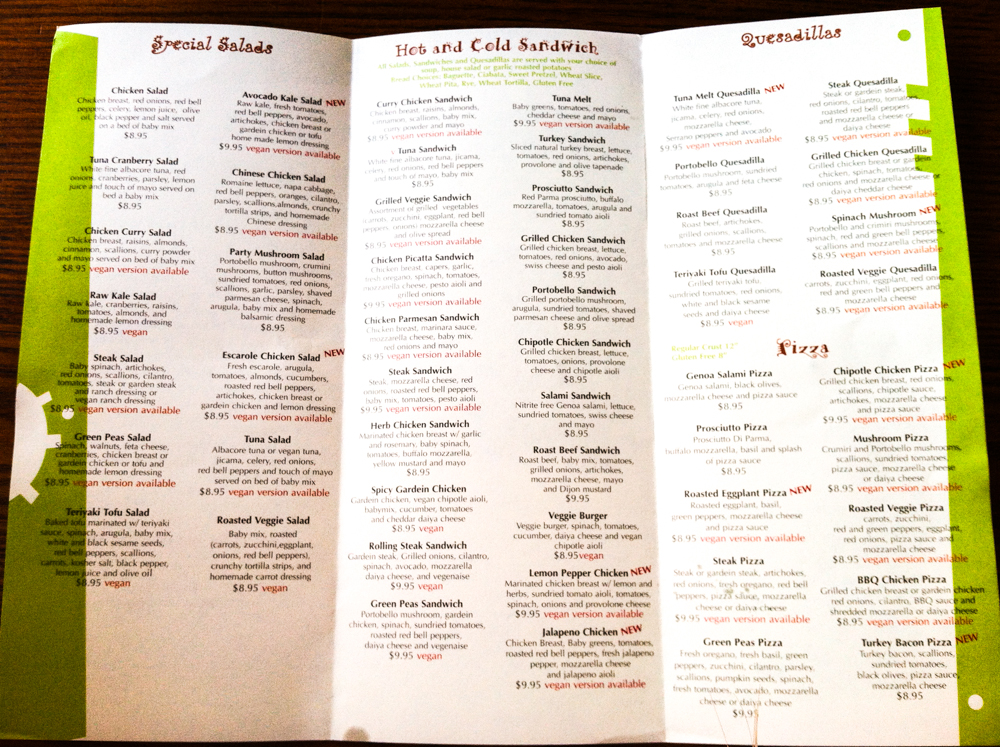 There are so many great options on the menu that it was difficult to choose.  They had a vegan Chipotle Chicken Pizza that was calling my name but I was in the mood for something a wee bit healthier. 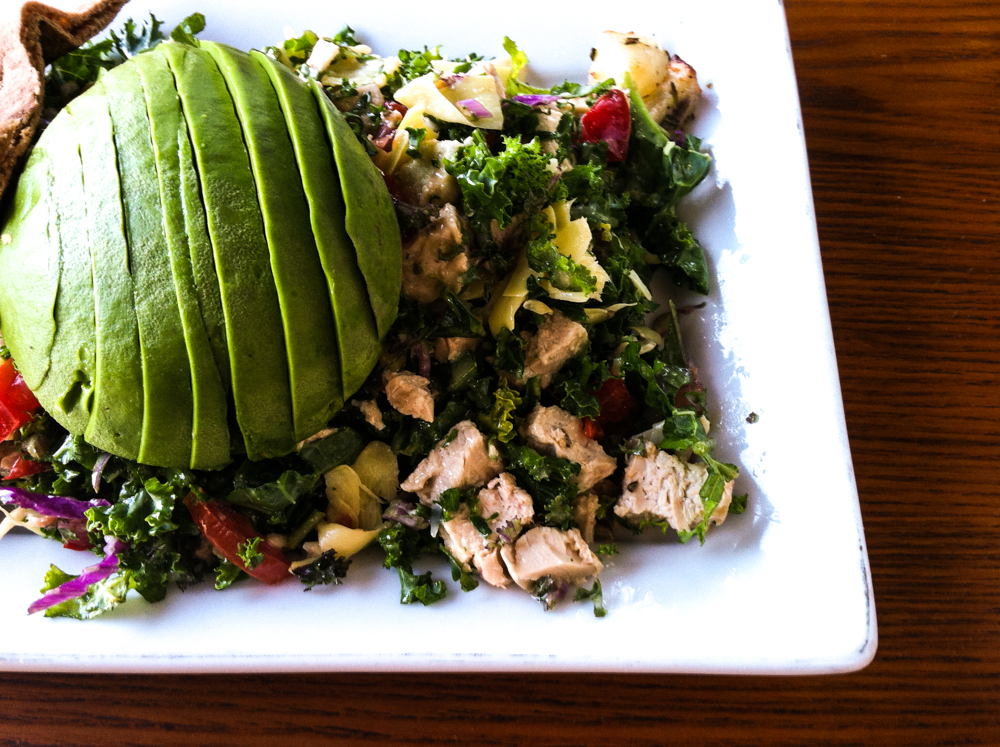 I ordered the Avocado Kale Salad, which comes with tomatoes, bell peppers, and artichokes in addition to the avocado and kale.  They also add in some gardein chicken breast.  It was a delicious and very filling salad. 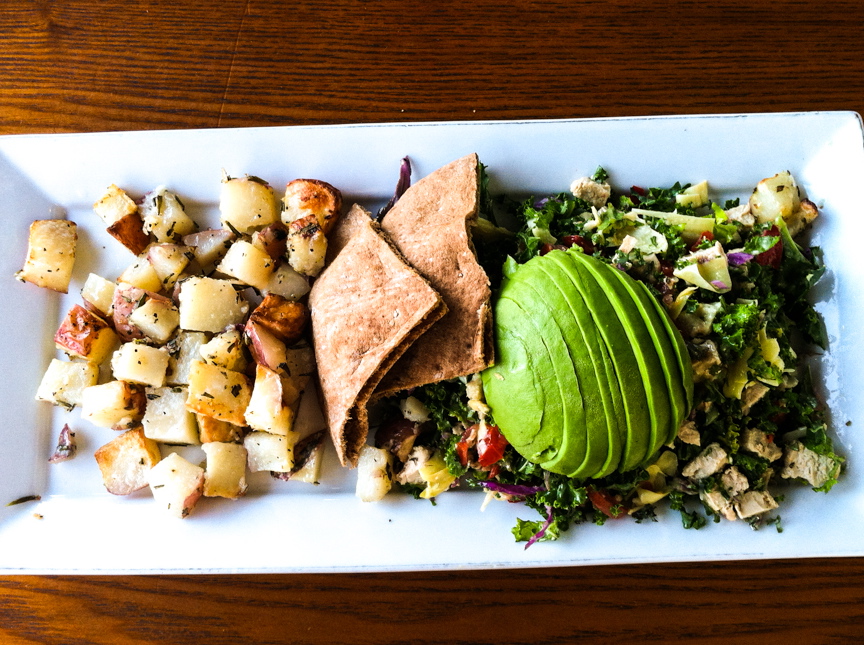 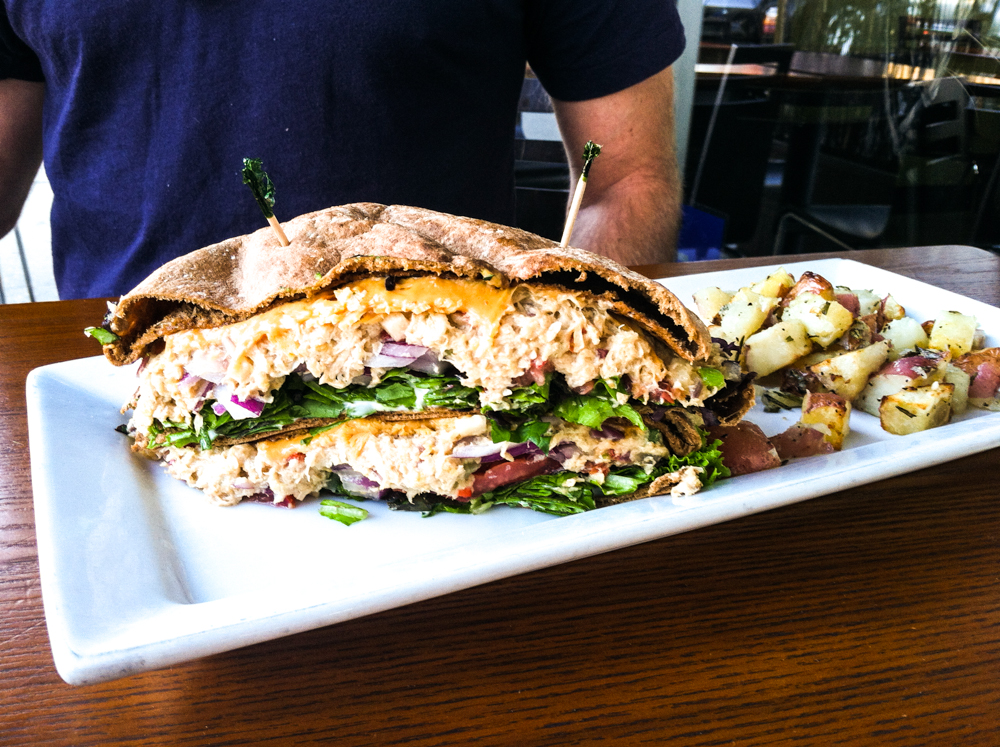 Chris ordered the Tuna Melt in a wheat pita.  Their vegan tuna is actually shredded gardein, and the add daiya cheddar, along with some lettuce, tomatoes, and veganaise.  The ingredient list may sound pretty basic, but this tuna melt was pretty fantastic. 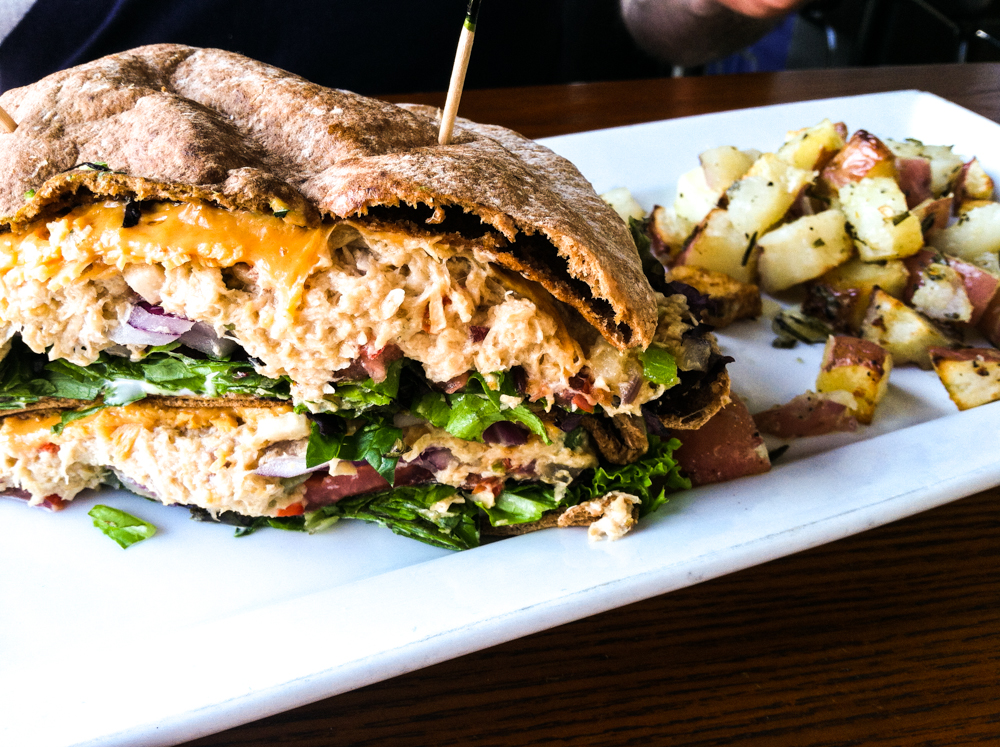 When we finished, we decided to have another look at the dessert case.  A big slice of cake was sounding like a great dessert for later.  Even though the carrot cake looked pretty much to die for, and I was drooling over the chocolate peanut butter cake, we went with our guts and got the red velvet.

This is the only picture I have of the cake.  I was too caught up in the excitement of eating that I forgot.  It was a very good cake, but the frosting was way too sweet for me.  It may be due to the fact that I don’t ever use plain (vegan) sugar in my kitchen and my tastes tend to lean towards the subtly sweet.  Chris did not have any problem with the sugar level. 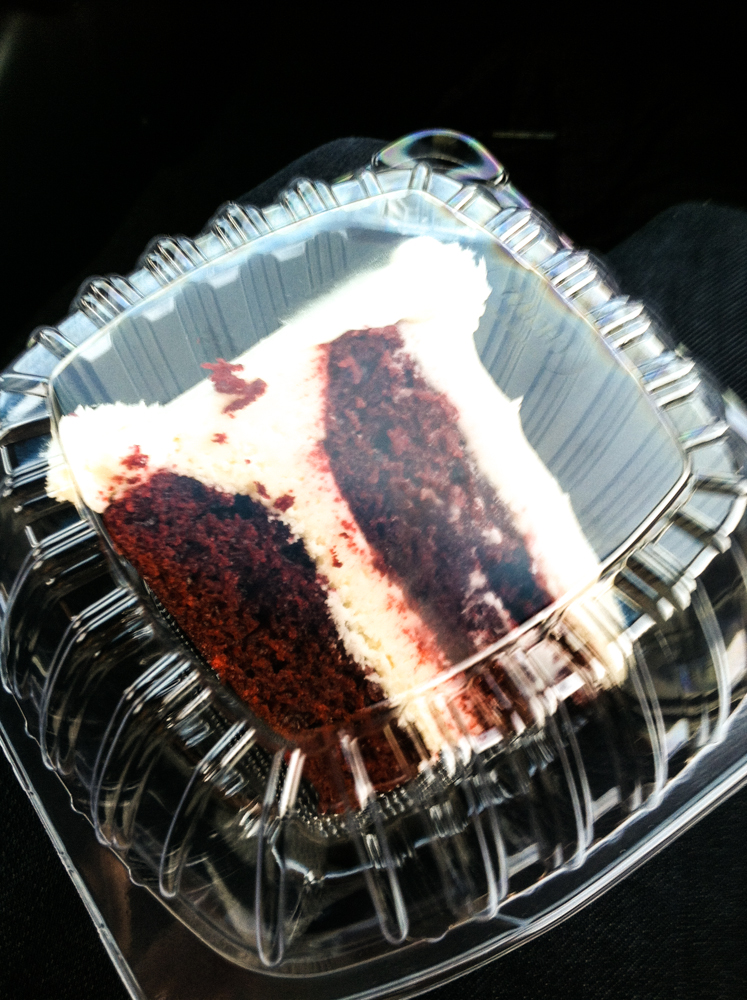 Green Peas is a great option for vegan in West LA, especially if you are dining with omni friends.  They also serve breakfast on the weekends which is fantastic, because vegan brunch options in West LA are extremely limited.  I love the casual vibe and the super-friendly staff at Green Peas.  I love even more that they are very helpful in preventing me from reaching a dangerous (to everyone around me) hunger level.

***If you know where this quote is from, we should be friends.