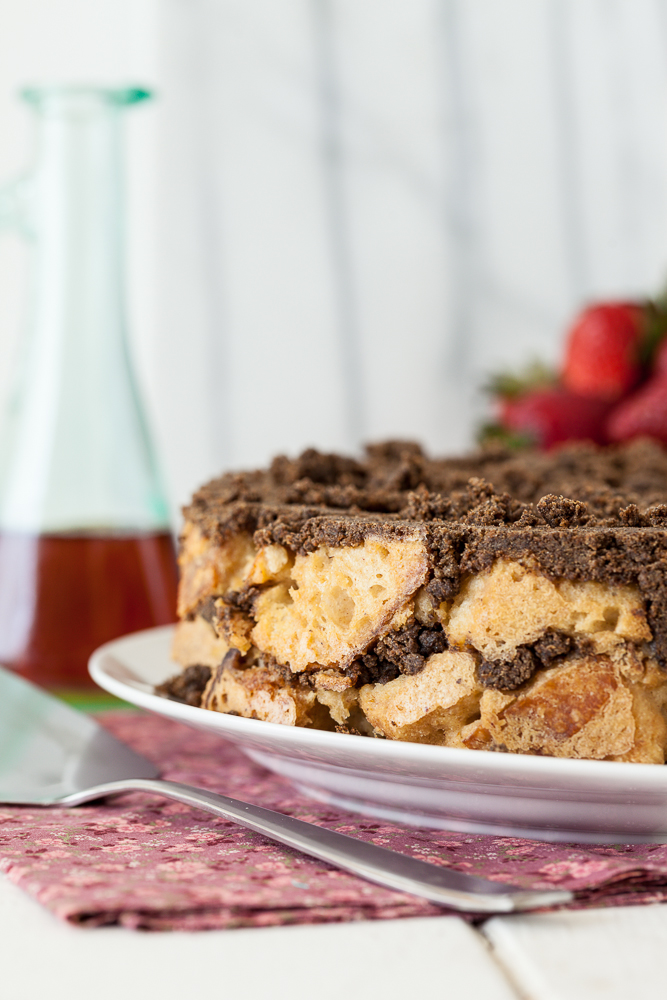 One of the things I love about Chris (there are lots.  I'm sure I've shared with you some and I'm sure I'm going to share more), is that he has just as much of a sweet tooth as I do. 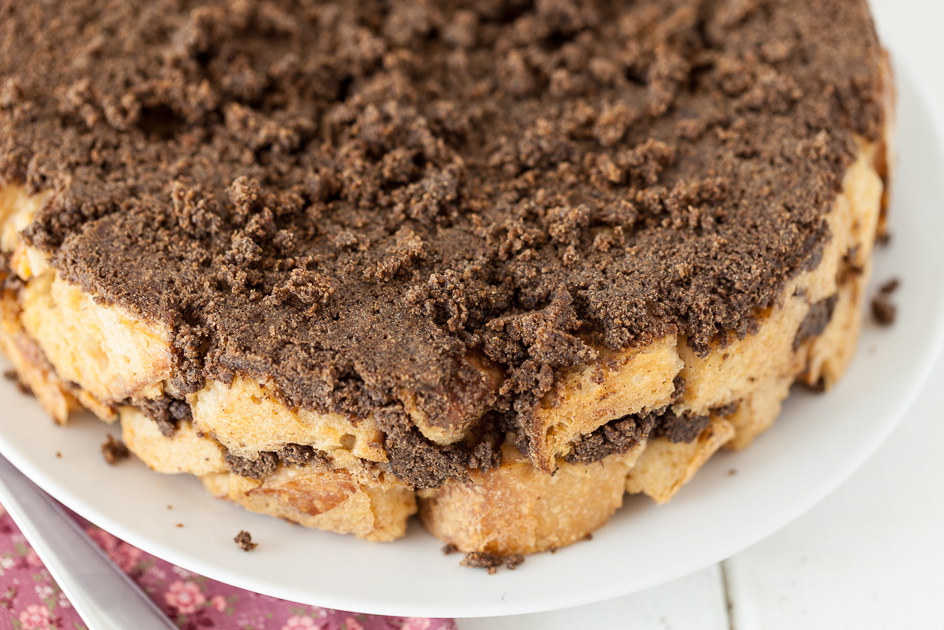 He loves a good piece of high quality dark chocolate and he will never turn down a vegan cupcake if there's one nearby.  He's probably just as much of a cookie monster as I am.  One of his favorite desserts, however, is coffee cake. 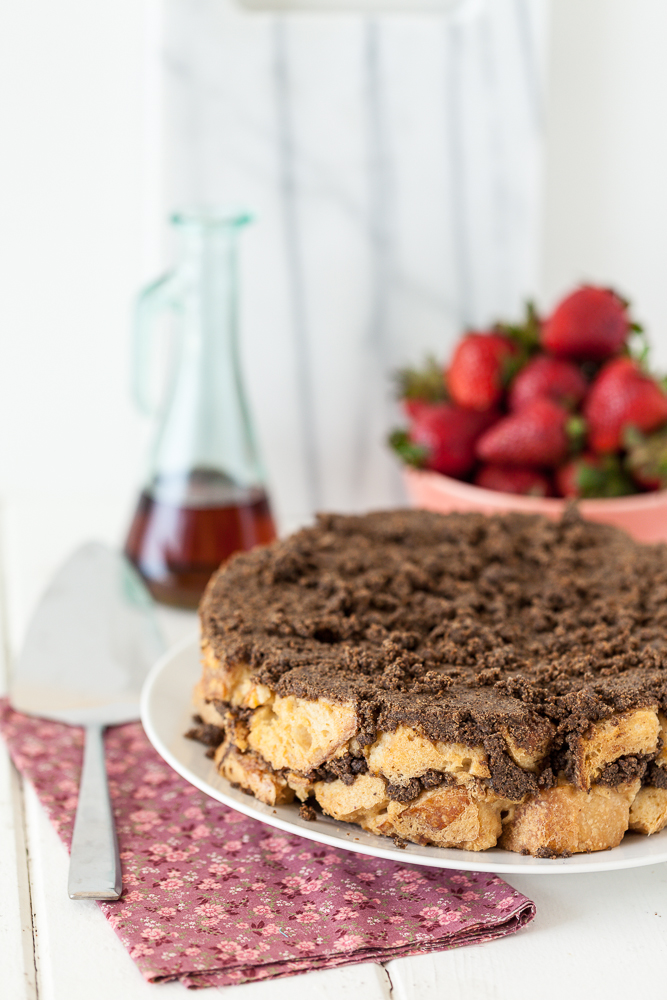 For Easter brunch, I wanted to make him something kind of special but I also wanted to make something I knew the twins would go for (I was unsure of how they would react to straight-up coffee cake).  I also wanted something a little heartier than coffee cake and since I knew the twins like baked french toast, I decided to create some sort of coffee cake/french toast hybrid.  It was kind of a risky stunt- trying out a new recipe for Easter brunch.  I figured, though, how bad could some baked french toast with streusel topping turn out? 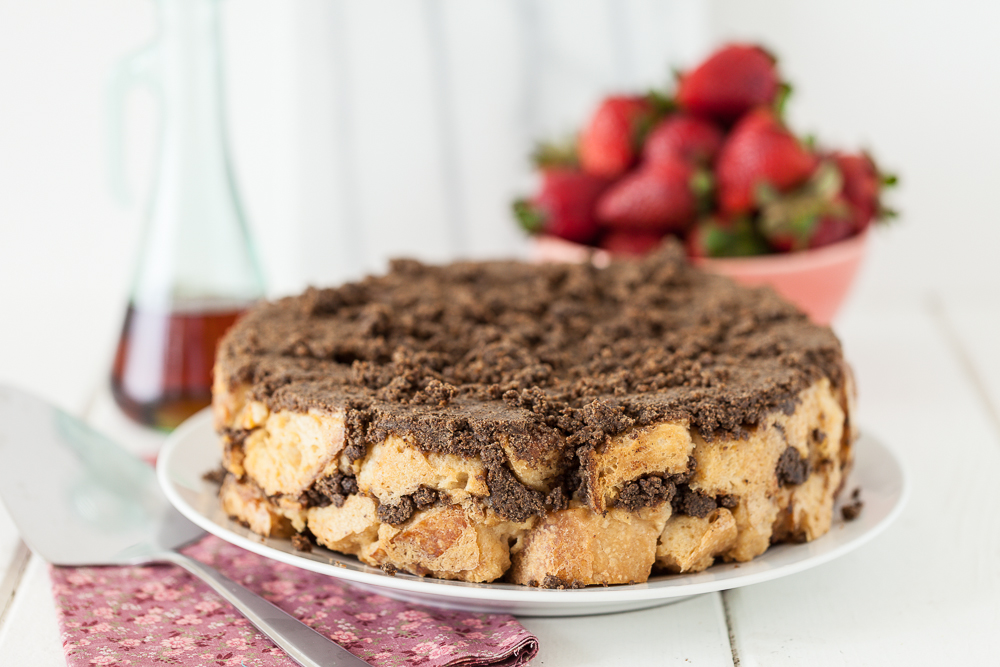 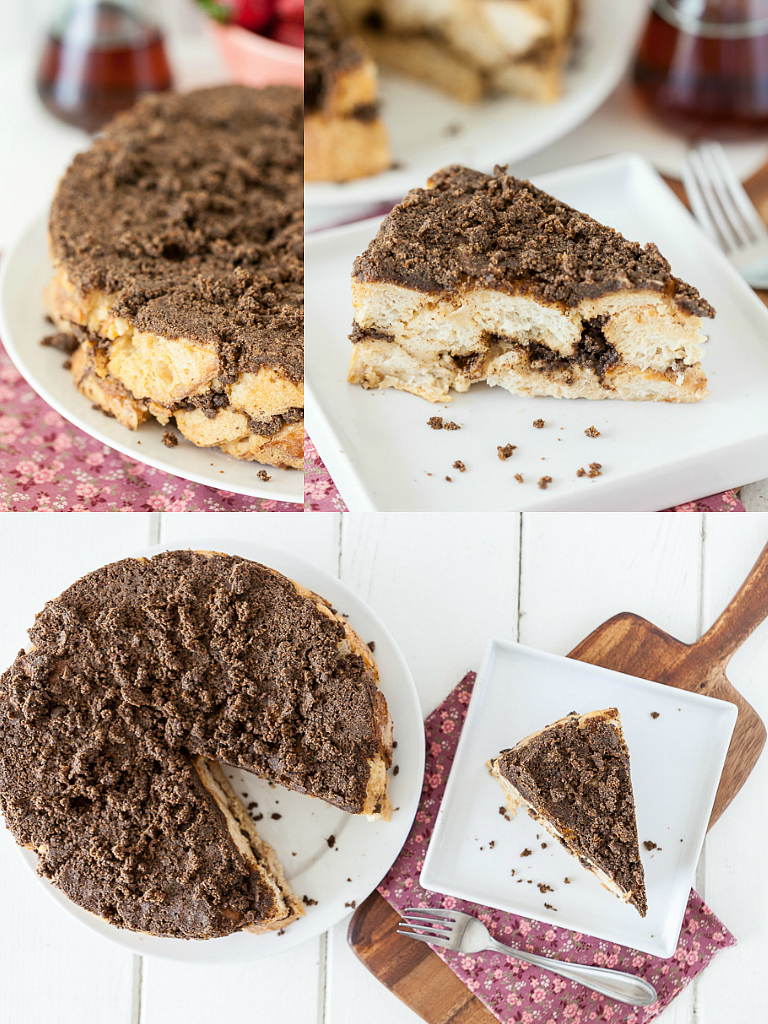 I decided to used a springform pan purely for aesthetic reasons.  I wanted to be able to see the crumbly layer of streusel between the layers of french toast and I wanted to be able to slice it like a cake.  Hearing Chris and Sophia "Ooooooh" and "Aaaaahhh" as I pulled the outer ring off the cake and then again when I turned it out onto it's serving plate made it all worth it. 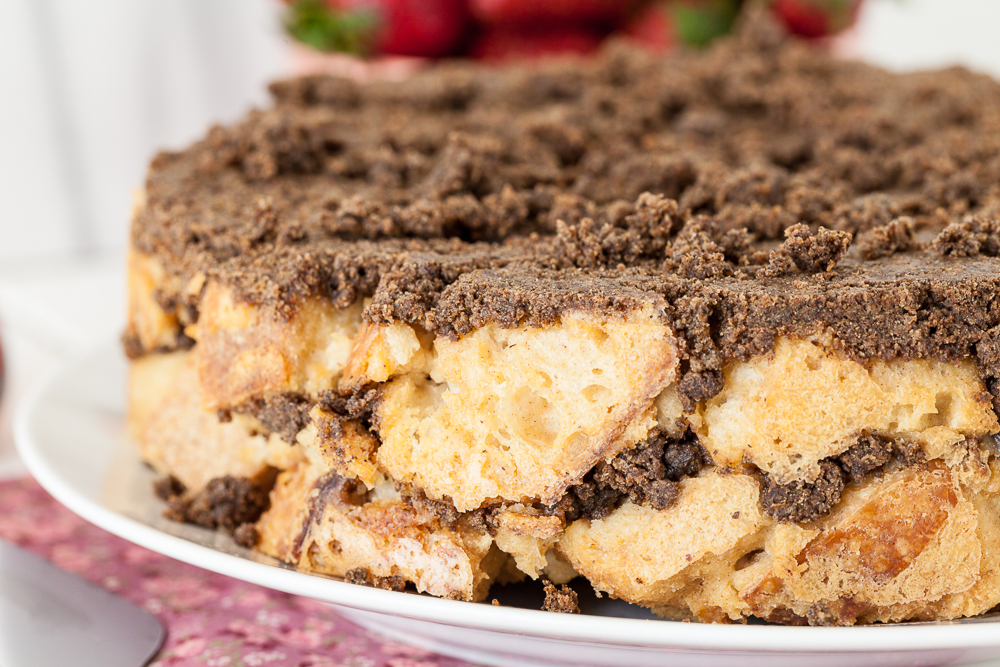 In my mind cinnamon and french toast go hand-in-hand but this took it a step further.  As it turns out, crumbled streusel topping was just what my french toast has been missing all these years!  I also loved how my brain was tricked into feeling like we were eating cake for breakfast, even though it was a hearty french toast.  Chris and I even had to split a second slice because it was just so dang good.  It was truly a decadent breakfast treat and totally worth the gamble. 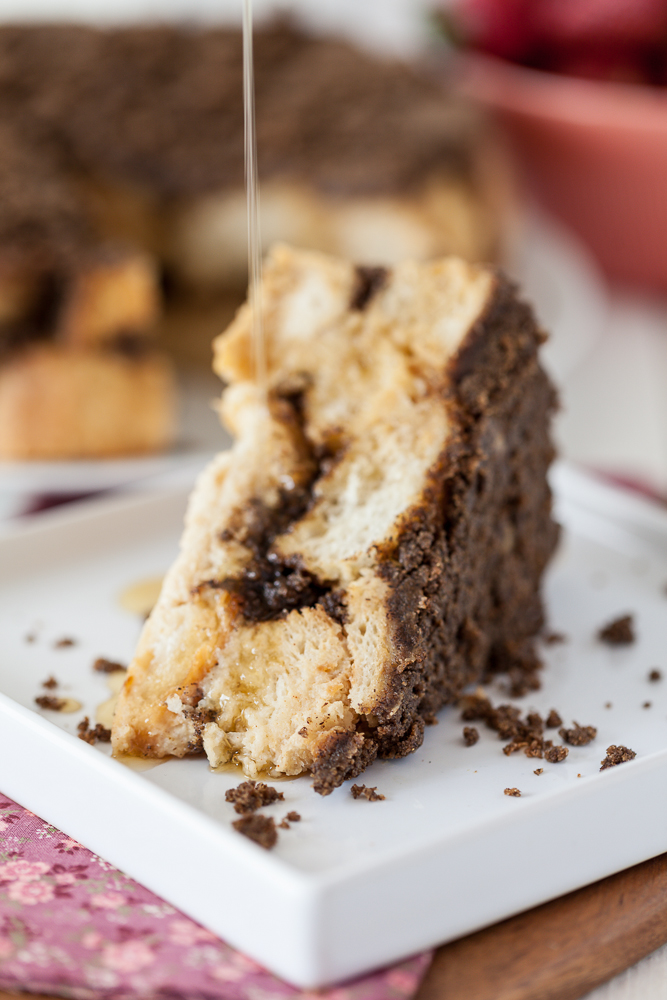 What made this the absolute perfect meal for brunch was not so much how pleased I was with how the recipe turned out but really how excited Chris was about it.  He was muttering "wow" throughout our little photoshoot, and the "wows" kept on coming once he sat down to eat it.  It's one thing to please my sweet tooth, but to please Chris's is so much more satisfying. 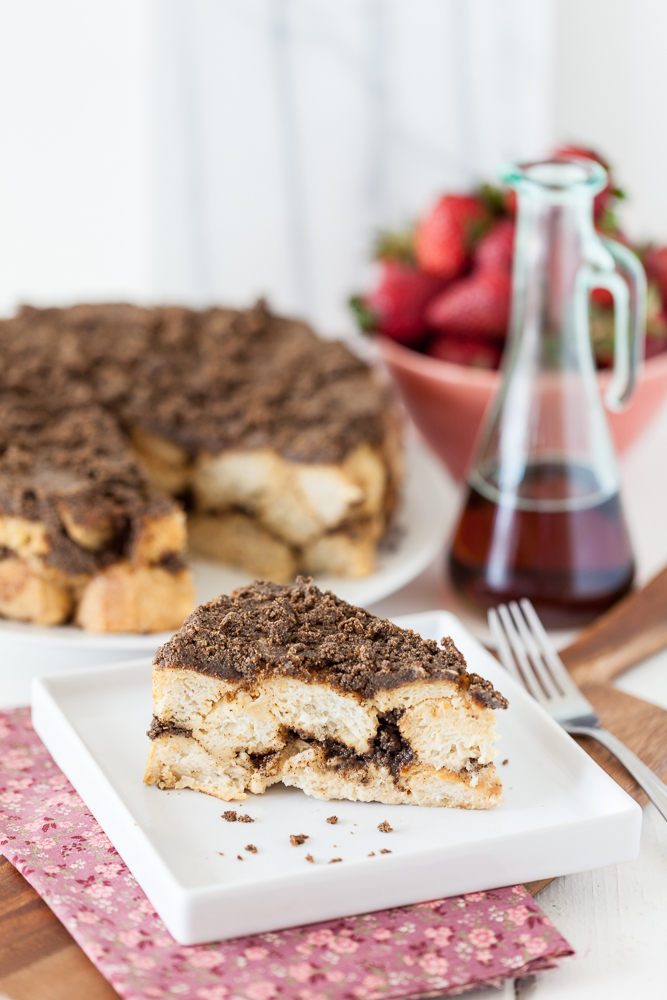 for the french toast
for the streusel topping 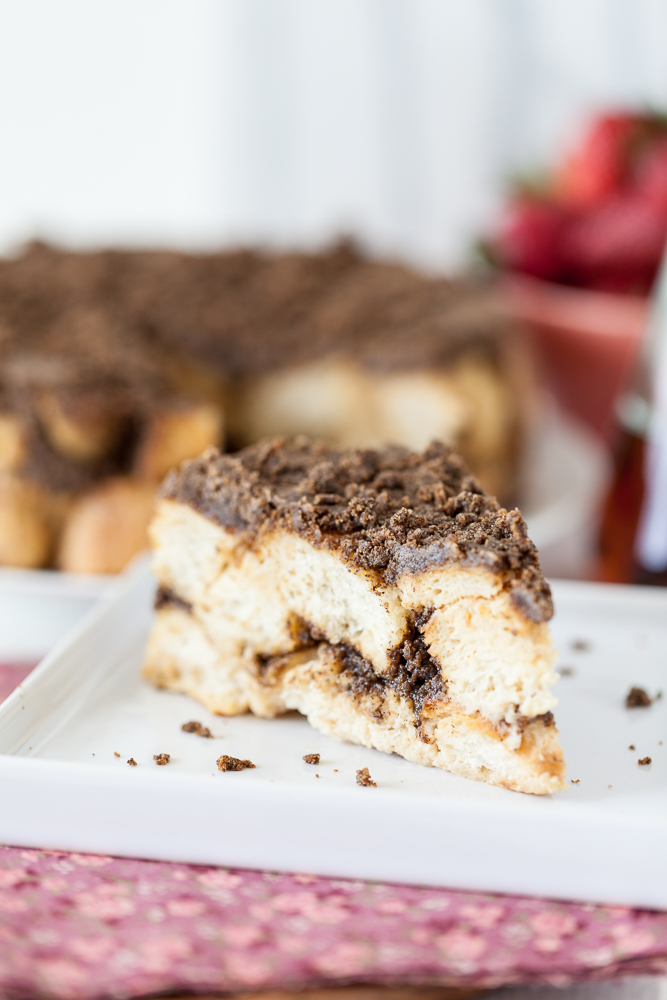 Did you do anything fun for Easter or Passover brunch?  What did you make?