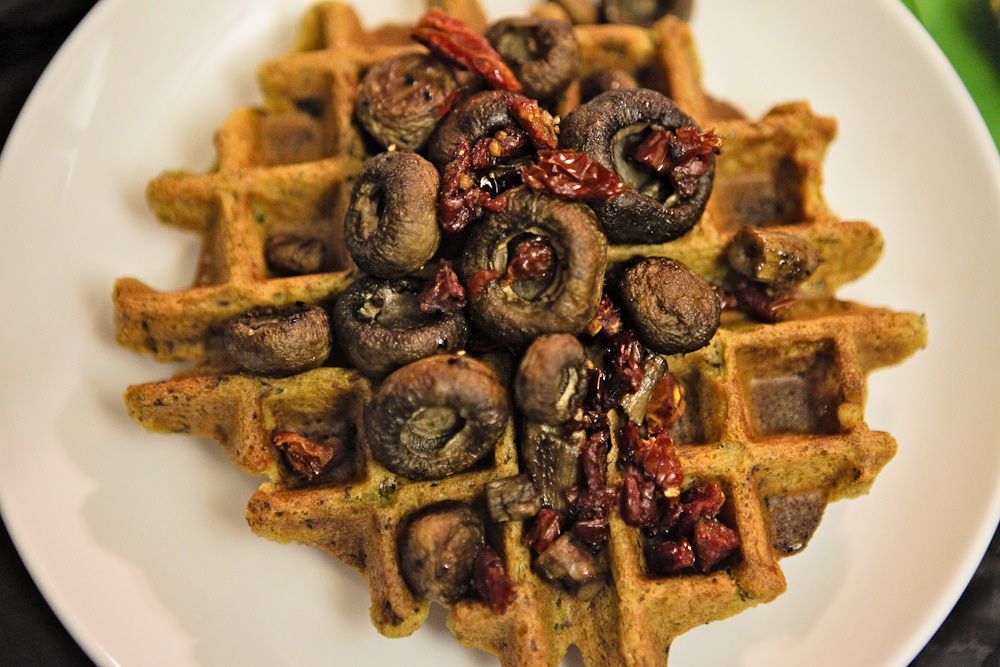 I like small kitchen appliances.  I always have.  The first kitchen appliance I ever remember being kind of crazy about was one of those sandwich-pocket maker things.  I learned how to operate it by the age of six and was making my own crazy sandwich creations every chance I got (probably where my later passion for grilled cheese sammies stemmed from).  Some people are tech gadget people (my husband) and some people are kitchen gadget people (me).

I am like a kid with their toys when it comes to kitchen gadgets.  I'll have one toy that I want to play with everyday (my immersion blender, for example), and then I'll see another one in my toy box and be obsessed with that one for a while.  My current favorite toy:  My waffle iron.  I like waffles a lot, and I think they're great, but they are not my favorite food.  Ever since I made the Roasted Grapefruit Waffles, however, I've been wanting to turn everything into a waffle.  What else can I stick in there?  What else would be cool if transformed into the shape of a waffle?  These are my thoughts lately.

These waffles stemmed from those thoughts and the fact that I had a lot of green onions from my CSA.  Chris is always very weary of foods that would traditionally be sweet, but are in fact, savory, or vice versa.  When I told him we were having Green Onion Chickpea Waffles for dinner, he said "I don't know, honey.  This might be the first time I ever dislike one of your dishes."  His brain couldn't get on board with the idea of waffles that weren't sweet and drenched in syrup.  After one bite, though, he was totally on board.  He was so on board, he had seconds.  And thirds.

I topped the waffles with some roasted mushrooms and sun-dried tomatoes because I wanted something a little on the lighter side, but they would probably be awesome with a mushroom gravy as well, or salsa.  We had two leftover and the next day we toasted and made open-faced sandwiches with them(covered in hummus, avocado, and melted daiya).  I can't even stress to you in words how delicious either of these meals were. 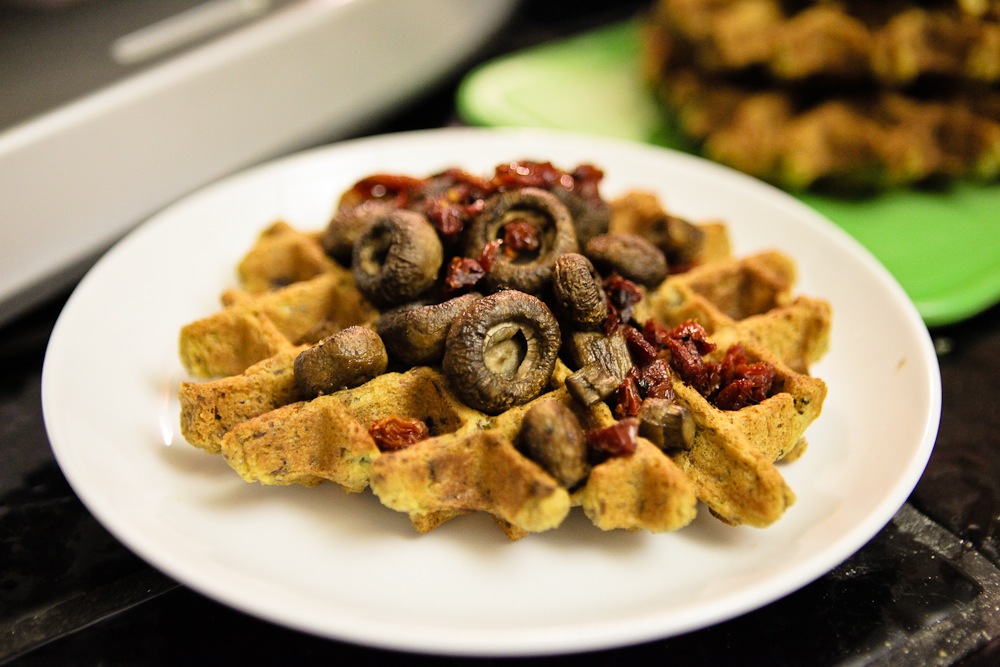 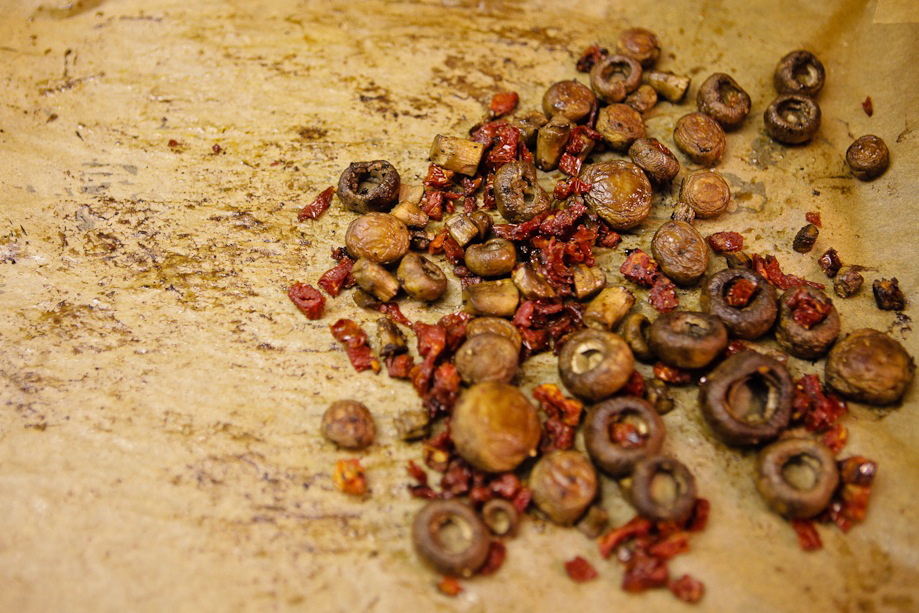 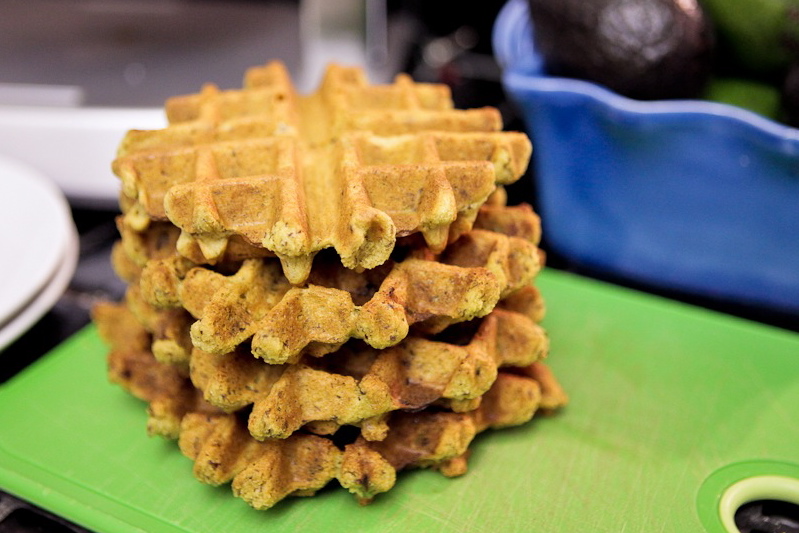 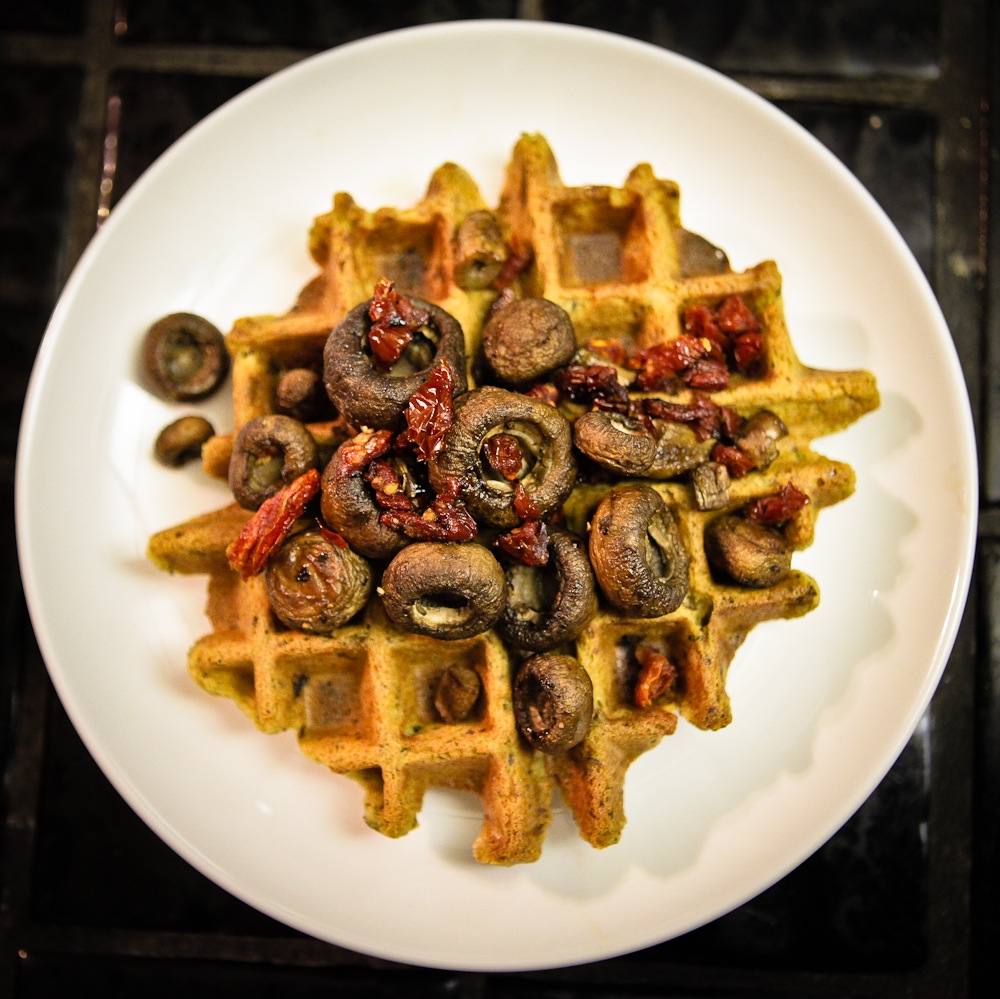 Get your waffle iron out and make these waffles!  Have fun!

What is your favorite kitchen appliance to play with?