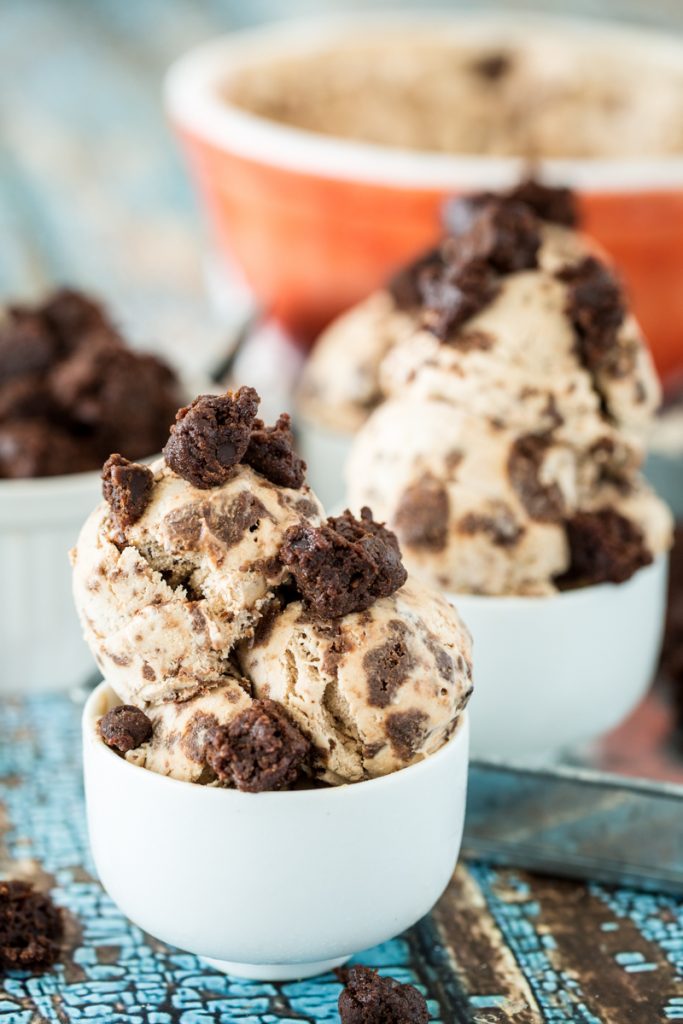 I had intended to share a recipe for gluten-free brownies with you today. 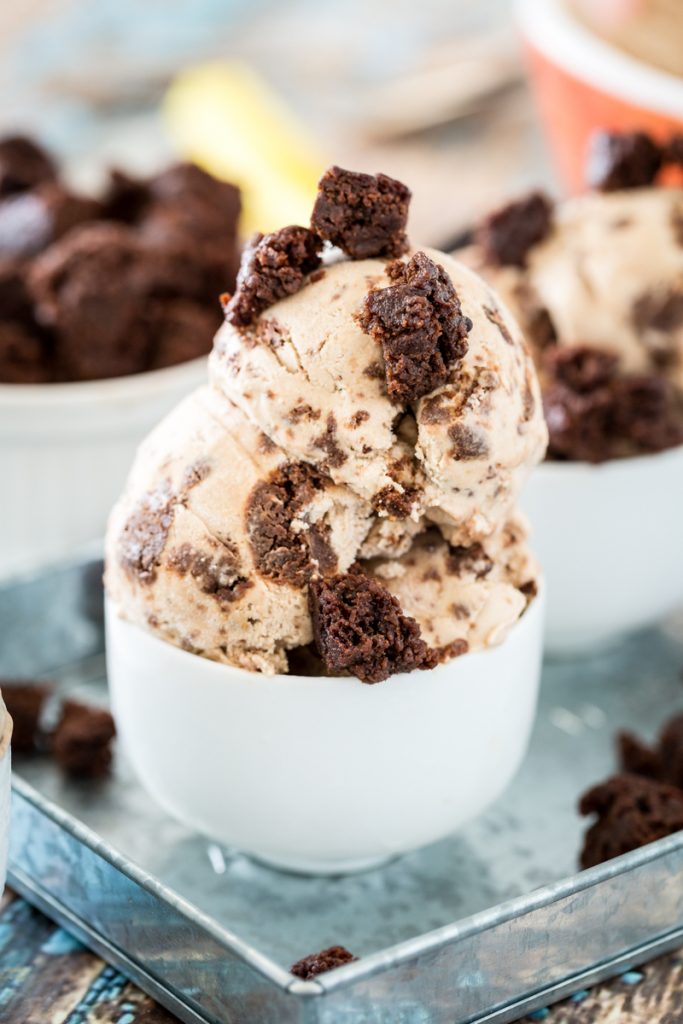 Sometimes, when I'm testing a recipe over and over again, trying to make it perfect, I get a little cocky. You see, the majority of the ingredients stay the same, test after test, and after making it time and time again, I start to memorize the ingredients. I get to a point where I'm like "I don't need to look at the recipe! I know this shit!" 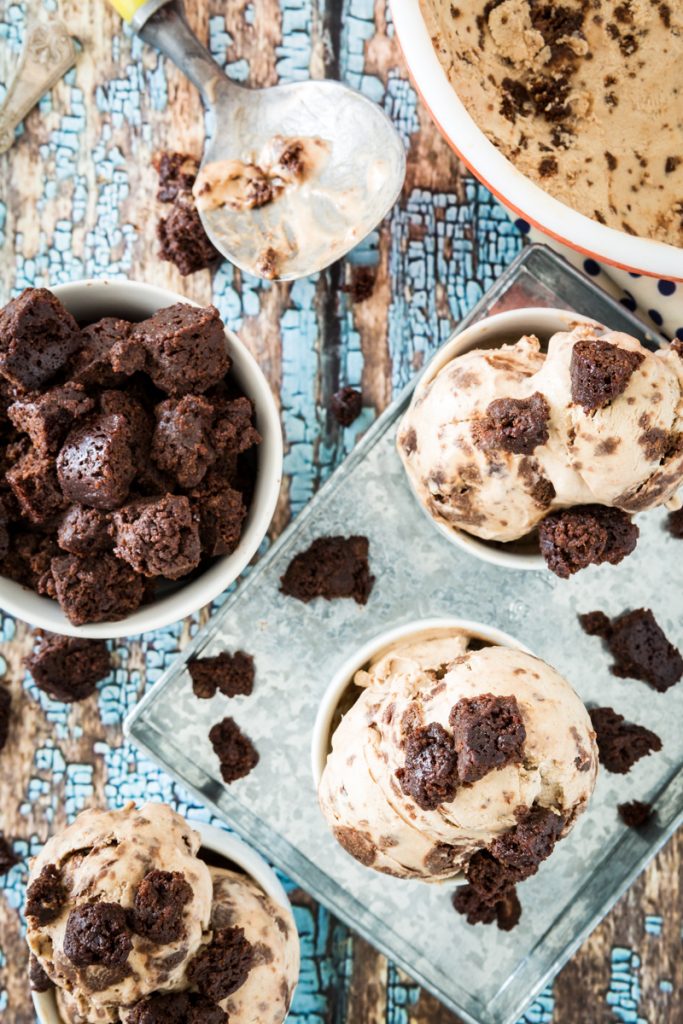 Well, I perfected the brownie recipe. I made a batch last week that was absolutely perfect. I made another batch on Friday so we would have a fresh batch to shoot on Saturday (with Chris's current work schedule, we only shoot on weekends during daylight hours so it limits things a bit). But I got cocky. 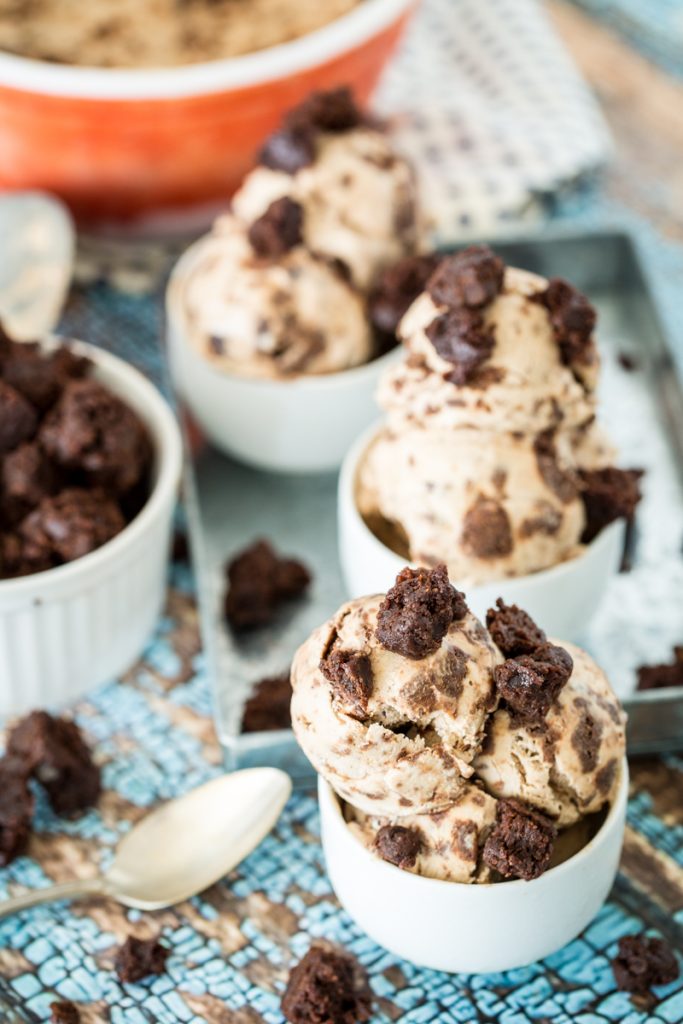 Everything was going so well. So well, in fact, that the batter was behaving even better than the last time. I was excited. I poured the batter into the prepared dish, popped it in the oven and then remembered that I forgot one whole ingredient. A pretty damn important ingredient, as it turns out. 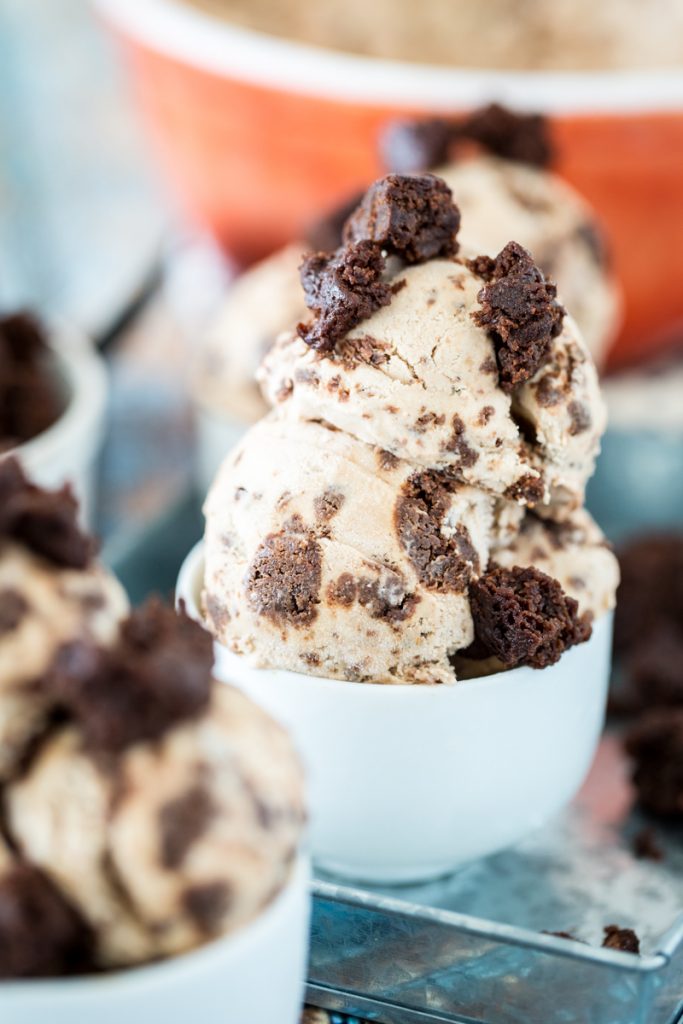 And of course the brownies didn't turn out the same. They were too soft, a little too crumbly, but still delicious. So now I had one and half batches of brownies on my hands and not nearly enough people to eat them. And also, I've been eating brownies for dessert for, like, 4 weeks straight (except for 3 days I was in Portland) and as much as I love brownies, it was beginning to wear on me. First world problems, I know. 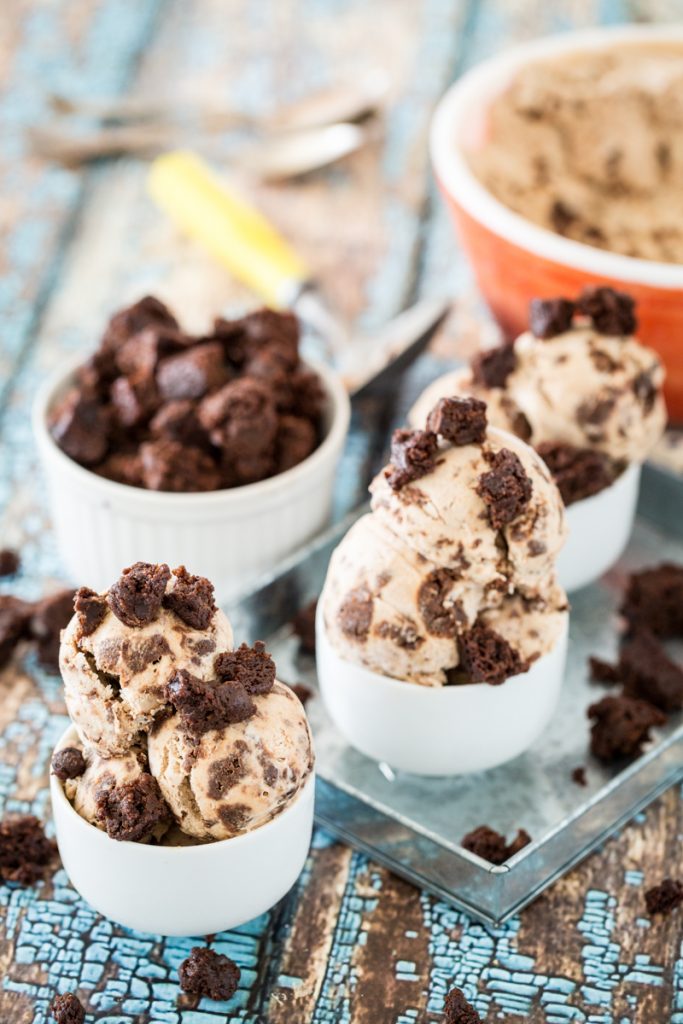 So what do you do when life gives you too many brownies? You make vegan, gluten-free peanut butter, caramel, brownie chunk ice cream. For reals, yo. 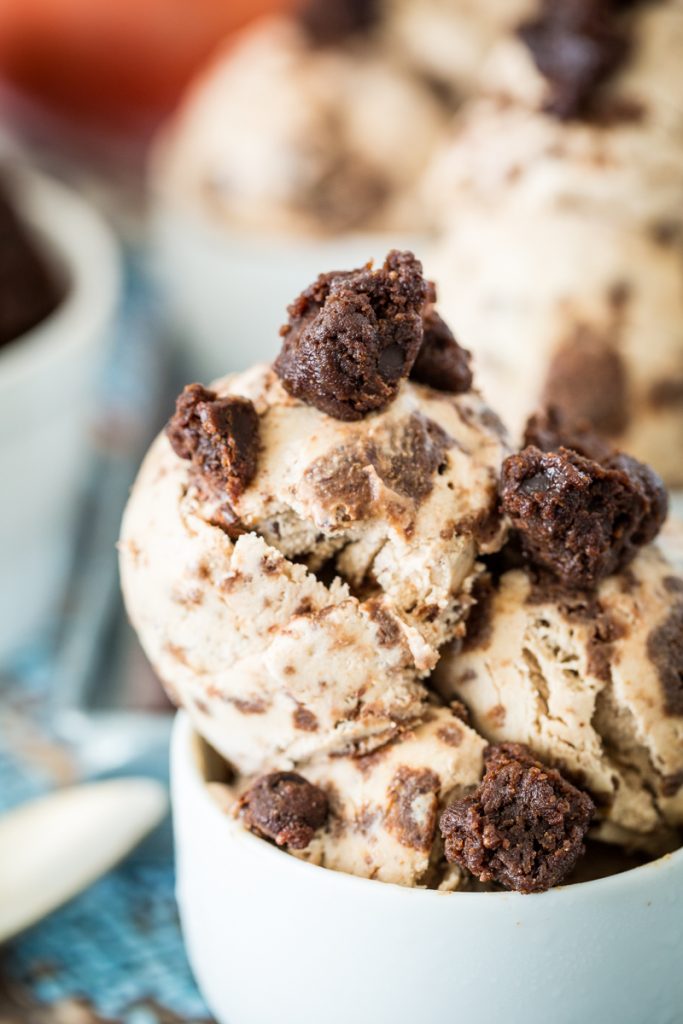 The ice cream base is adapted from my Sugar-Free Snickers Ice Cream recipe, mostly because I was too lazy to invent a whole new recipe and plus, I didn't have time for multiple trials to get the recipe right. I needed something I knew was tried and true. So the base of this ice cream is full of peanut buttery good ness and the addition of medjool dates and a bit of salt packs a salted caramel punch. All in all, it's a fabulous ice cream. Then you throw chunks of brownies into the mix and you've got yourself a winner, my friend! And I'm not being cocky here- it's the truth! 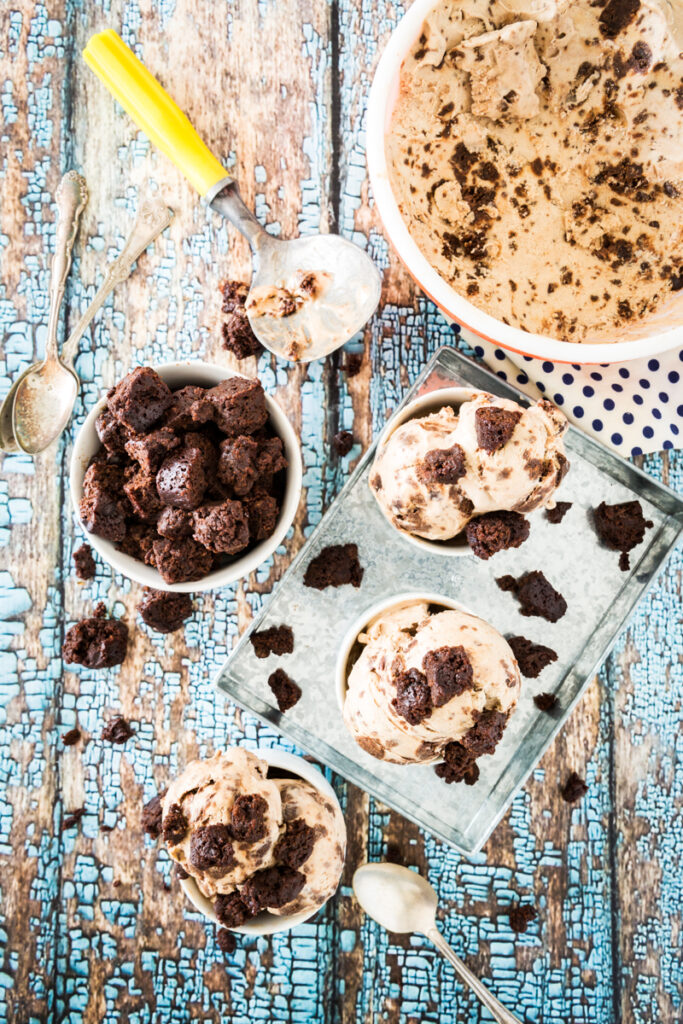 For the brownies, you can use whatever brownie recipe you like that yields a moister brownie. If the brownies are too dry, the chunks will get hard and a little hard to chew when frozen. 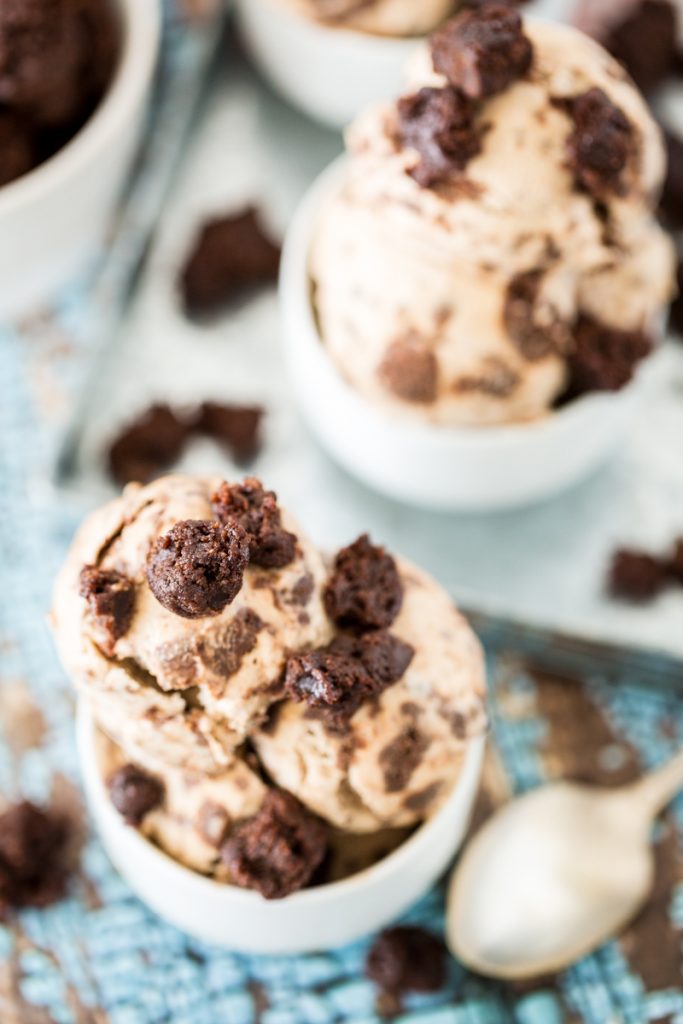 P.S. If you have any leftover effed-up brownies, crumble those up too - they make a great topping!