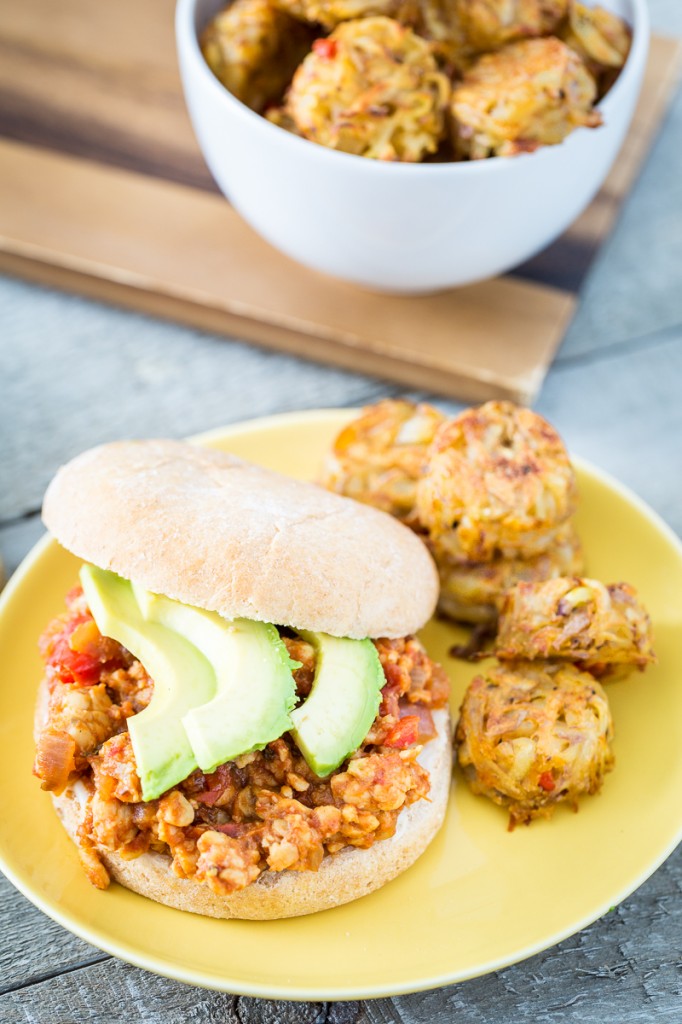 Occasionally, I’ll come across a cookbook that has me wanting to read through the headnote of every recipe as if it were a real page-turner of a novel. I’ve yet to come across a cookbook that has me hanging on every word in both the headnotes and the instructions. And me, reading the instructions out loud to my husband in between fits of laughter, has never happened before. Until now. 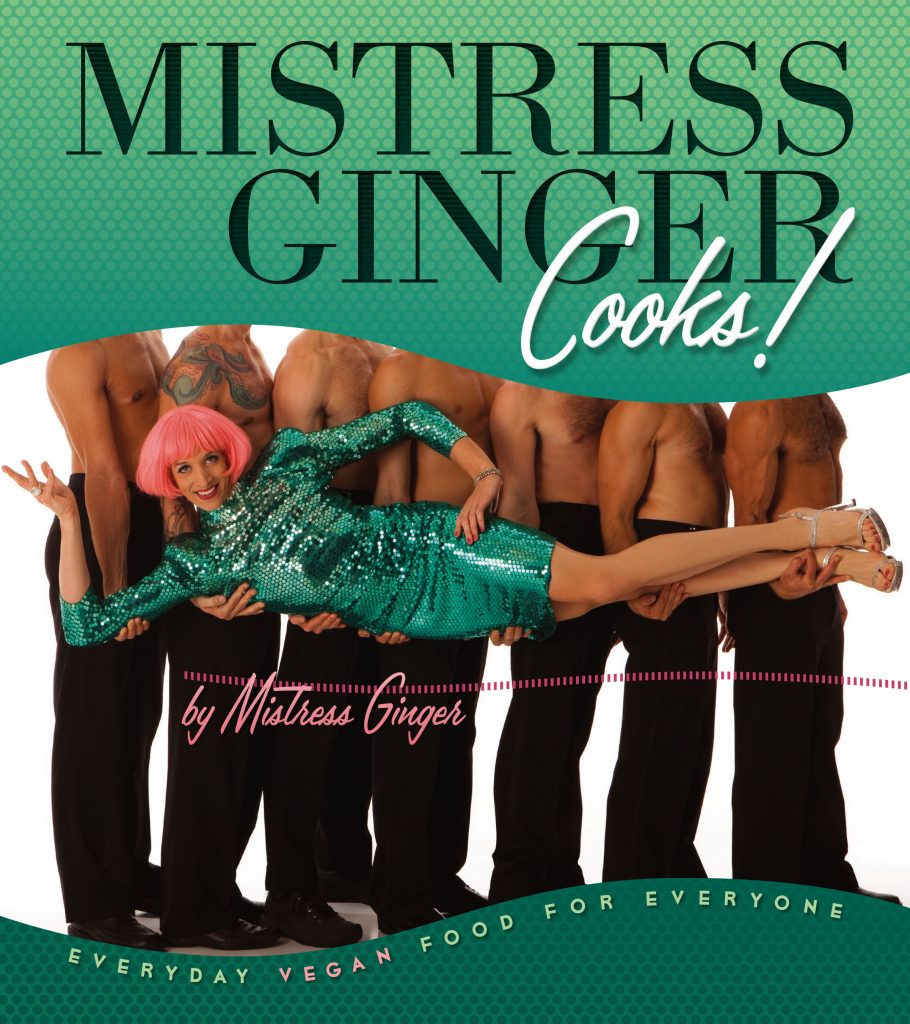 Mistress Ginger Cooks is the new cookbook from cabaret showgirl, Mistress Ginger. It’s filled with simple and enticing vegan recipes to lure even the most novice of vegan (or vegan-curious) chefs into the kitchen. What really heats things up (spoiler alert: It’s not the oven) is Mistress Ginger’s wit and sense of humor which she weaves though every part of the book, from the introduction, the recipe titles (like Pop-My-Cherry Scones, Gingersnatch Cookies, and Miso Sexy Soup), the headnotes of each recipe, and even the instructions. Whether she was giving tips for using dates in your cooking (“I recommend not moving in with a new lover until you’ve had at least ten dates. That’s my personal rule: Ten dates or two months- whichever comes first.”) or explaining that you should probably have some hot firemen help you grease your pan “and see where that leads,” you know I was giggling like a school girl. 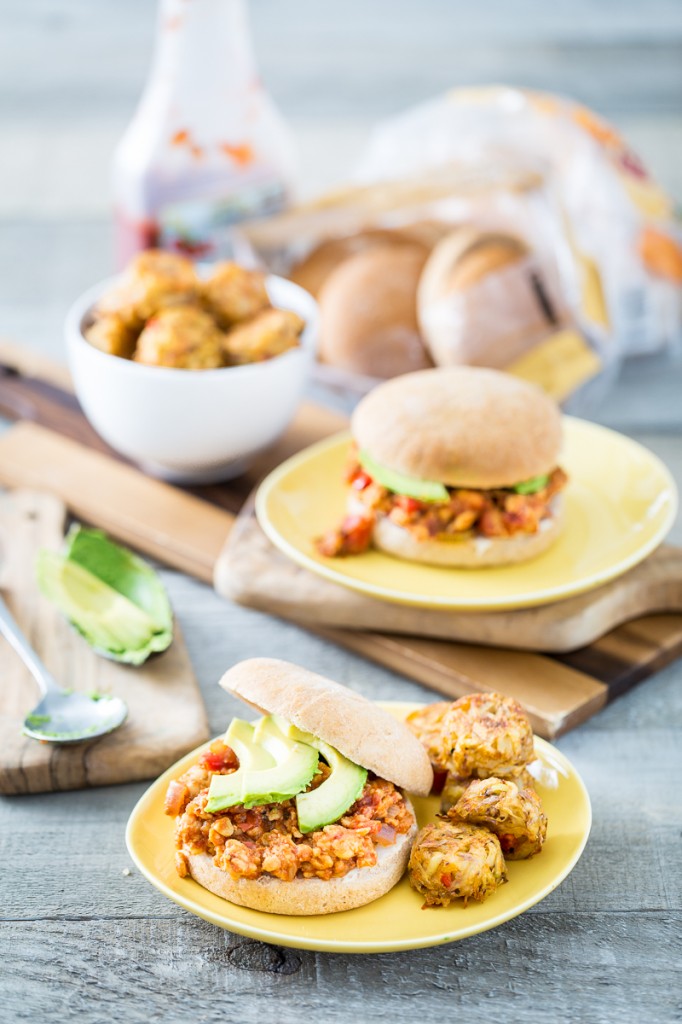 The next best thing about this cookbook is the photography. While yes, there are more photos of Mistress Ginger than the food, I had a blast flipping through to look at each one. There’s one of her in a fluffy nightie sitting atop a giant stack of pancakes that I particularly like. There’s also the one of her in her Game Day outfit (page 77) which put me on the floor. You’ll have to check out the book yourself for that gem. 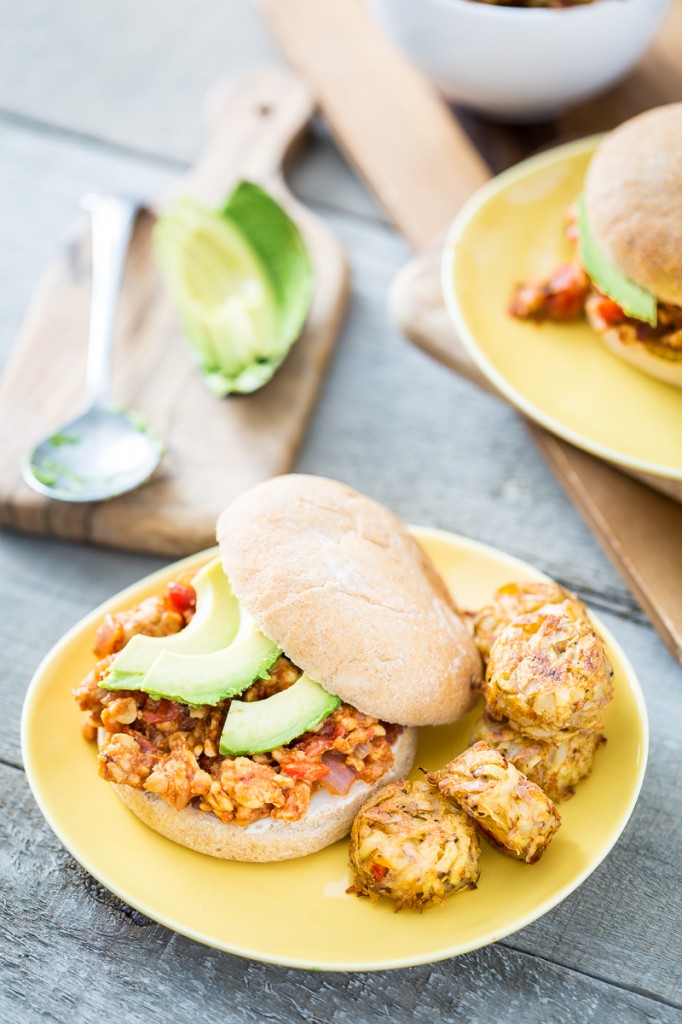 Now, let’s talk food. I had a hard time narrowing down my choices of what to make. I’d dog-eared several recipes (French-Kissed Toast, Down-And-Dirty Jambalaya, and Ginger’s Balls just to name a few) but what I finally settled on were the Sloppy Gingers and the Hot Tots. When I first read the title of Hot Tots, I’d envisioned tater tots and happily danced my way to the grocery store to get the ingredients without reading the instructions. When I started to get down to business, I realized that these were not the kind of tots Mistress Ginger had intended. I was so set on tater tots, though, that I just used my mini-muffin pan rather than my normal sized one to make them. They turned out pretty great! 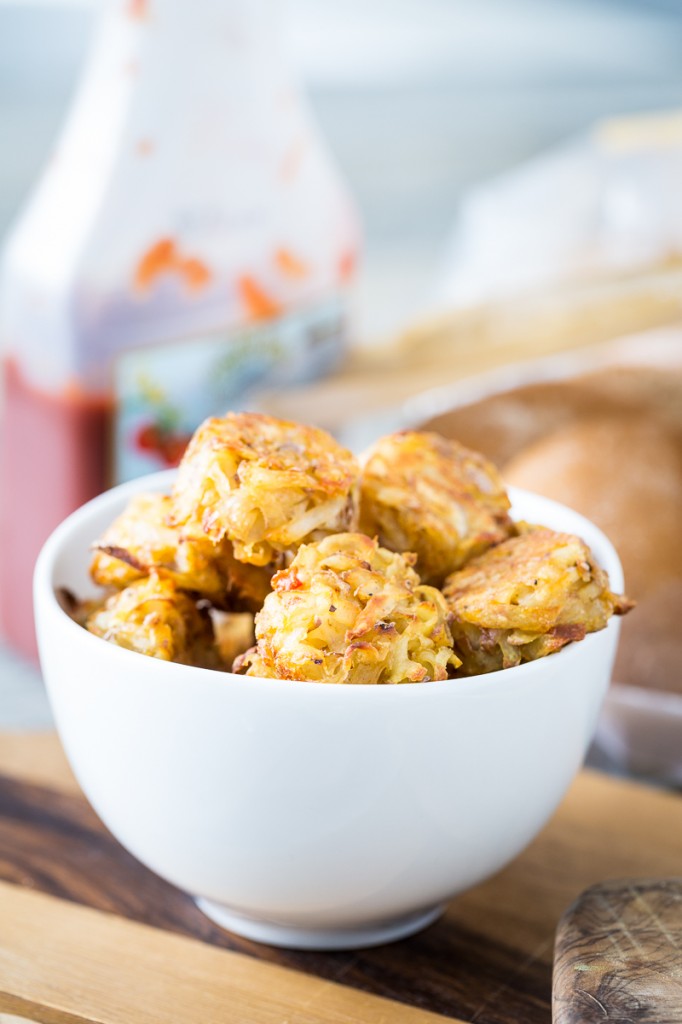 The Sloppy Gingers are basically tempeh-based sloppy joe’s but with a slightly asian twist and lots of ginger. Everyone in the family was a fan and the leftovers were even better a couple of days later. I particularly liked that in the instructions for these beauties, Mistress Ginger gives us a topic of discussion (see the recipe below) for while we wait for the tempeh to brown. 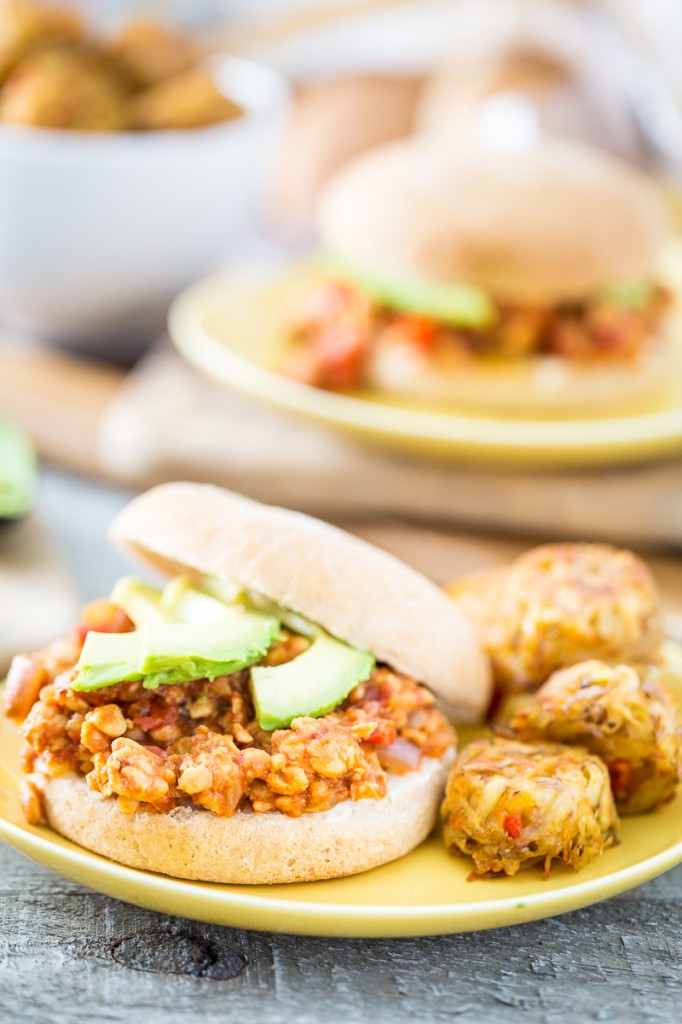 Recipe is printed with permission from Book Publishing Company. 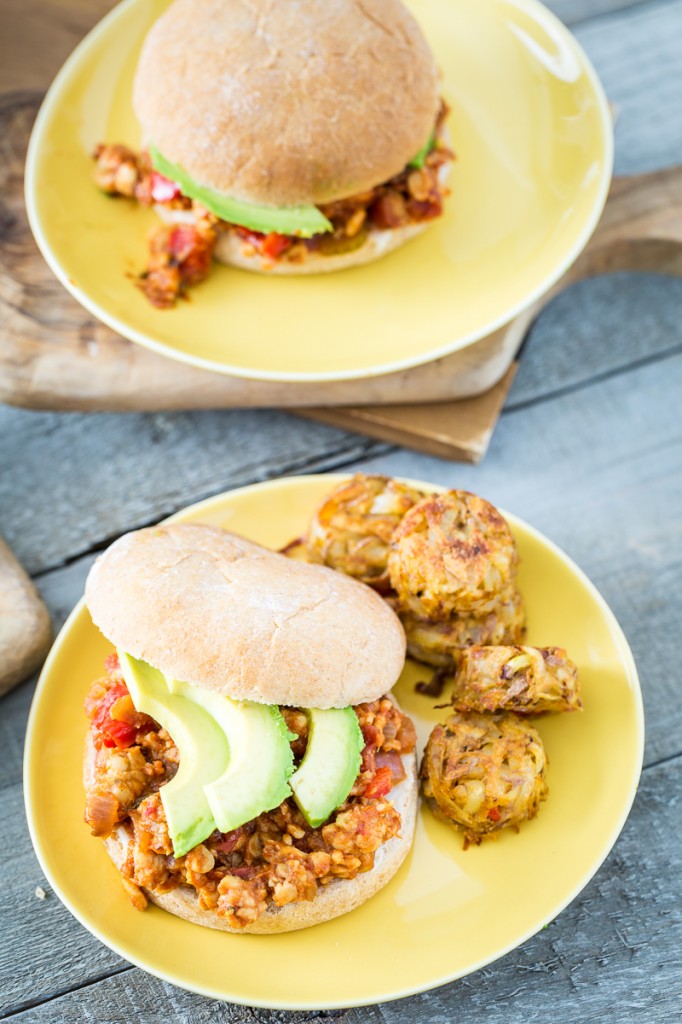 I highly suggest you pick up a copy for yourself to spice up your kitchen and tickle your funny bone (get your heads out of the gutters, guys!)

Thank you to all who entered my Mystery Cookbook Bundle Giveaway! I really enjoyed learning about your favorite cookbooks! Congratulations to our winner, Aimee Brimmer!

Disclosure: This book was given to me for review but all thoughts and opinions expressed here are my own.

6 Responses to "Sloppy Gingers & a review of Mistress Ginger Cooks!"