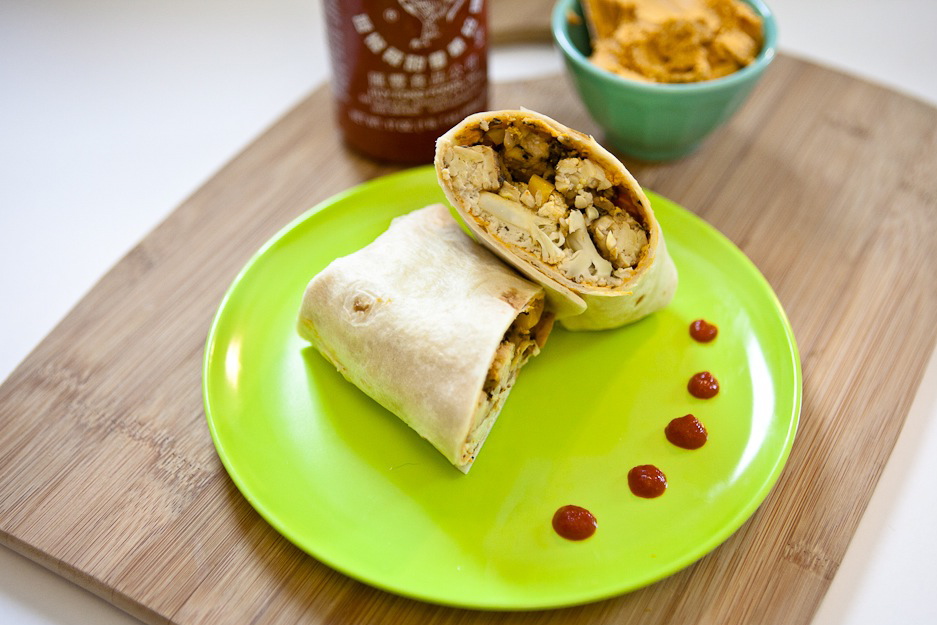 I love spicy foods, but to be perfectly honest, my body does not handle it as well as it used to.  Back in the day, my friends and I would try the burritos at a different taqueria each Sunday.  This went on for about 2 or 3 years.  At one point, I felt confident to say that I had tried over half of the taquerias in San Jose, CA.  We considered ourselves experts on the San Jose burrito scene, and because of this experience, we also considered ourselves hot sauce aficionados.  Weekly, we slathered our burritos in the hottest sauces we could find.  If I tried such a shenanigan today, I would likely only be able to stomach a couple bites before being doubled over in pain. 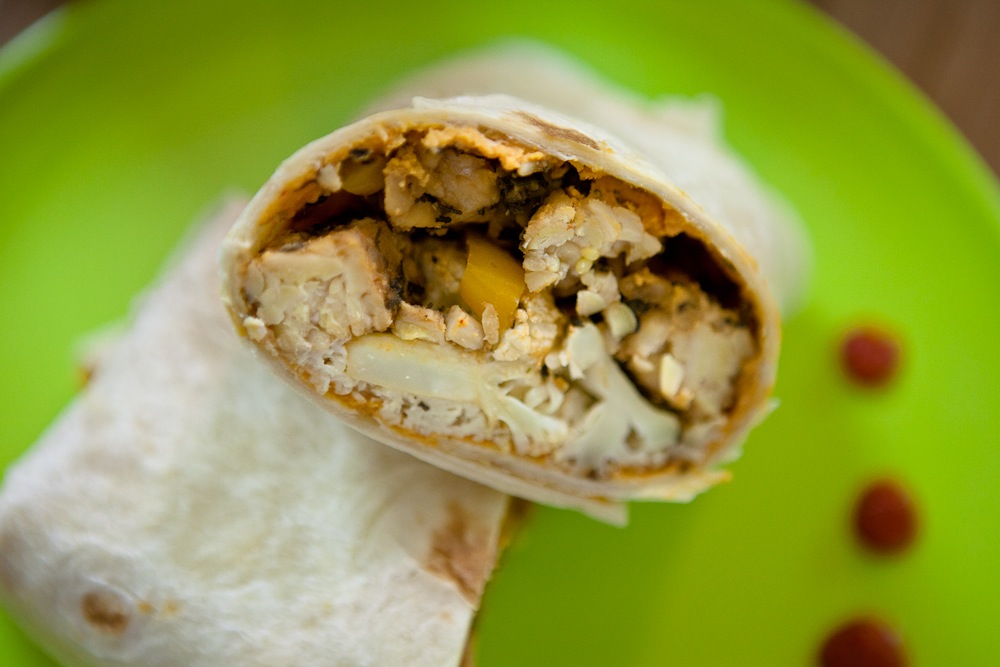 Enter Sriracha Sauce.  The "rooster sauce" has a salty sweetness to it, with subtle garlicky notes.  A little bit goes a long way for me, packing enough heat to satisfy my cravings without burning my tastebuds and the lining of my stomach.  I know people, however, who can drench their food in it.  A friend, and former colleague of mine (and co-star in an episode of Rob Dyrdek's Fantasy Factory), wrote The Sriracha Cookbook, an entire cookbook dedicated to recipes containing this magical sauce.  I never thought I would be the type to have an entire recipe revolve around Sriracha Sauce.  Until now. 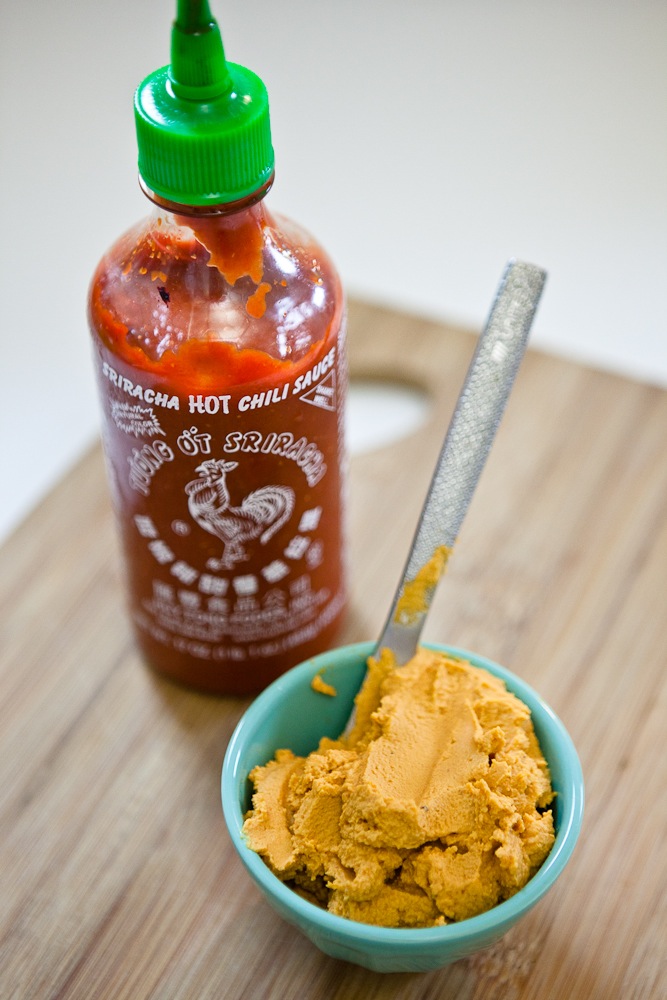 One day, on a whim, I decided to add Sriracha to a sun-dried tomato hummus I was making.  I pulled out my baby carrots and did my regular hummus taste test and it passed with flying colors.  Not only did it pass, I caught the Sriracha fever!  Before I knew it, I was marinating tempeh in a Sriracha-laced marinade, with dreams of a wrap containing both the hummus and the tempeh.  Then I remembered the half head of cauliflower in the fridge and minutes later, it was in pieces on a baking sheet, drizzled with Sriracha sauce, just waiting to be roasted.

In anticipation of this spicy, mouth-watering wrap, Chris could not take pictures fast enough.  It was perhaps our fastest photo shoot to date.  Once the last picture was taken, the plates were on the table and we were savoring our first bites.  Because Sriracha is magic, the wrap, while having Sriracha involved in every element, was not overwhelmingly hot.  The taste of the tempeh and roasted cauliflower burst through and the texture of the velvety hummus on the light, fresh tortilla was a match made in Hot-Sauce Hummus Heaven.  The only thing that we did not care for is the fact that we only had enough tortillas for us to each have one wrap each.  Afterwards, my tastebuds were still in tact and my stomach was hungry for more, my love for Sriracha Sauce stronger than ever. 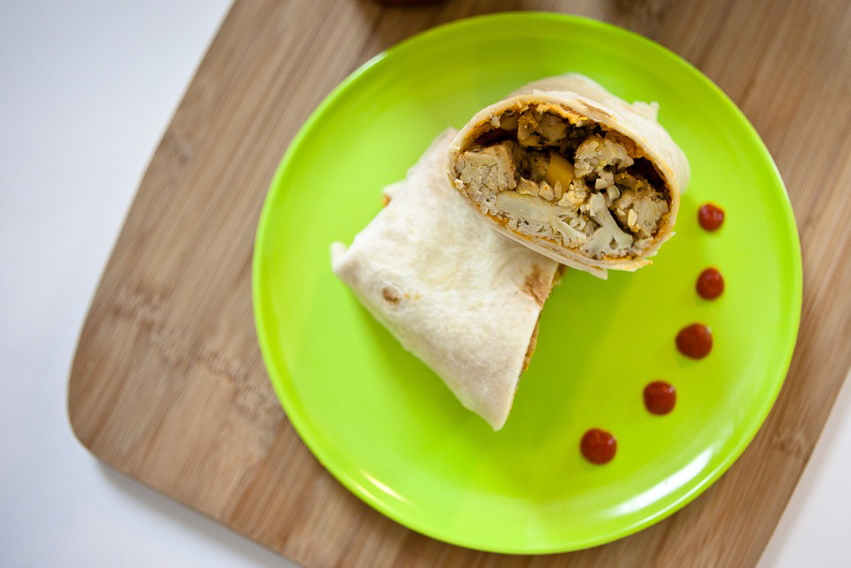 Sriracha.  Because sometimes a girl needs her spice. 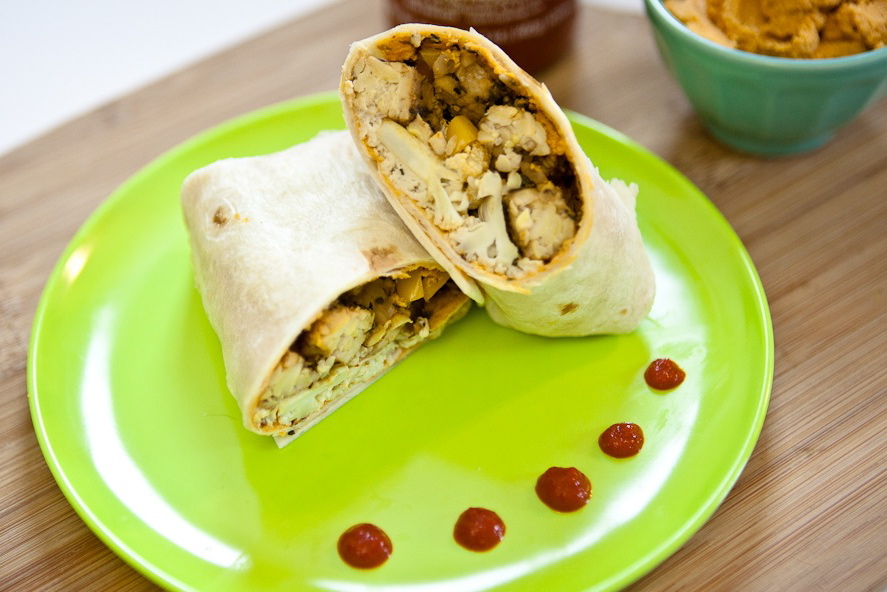 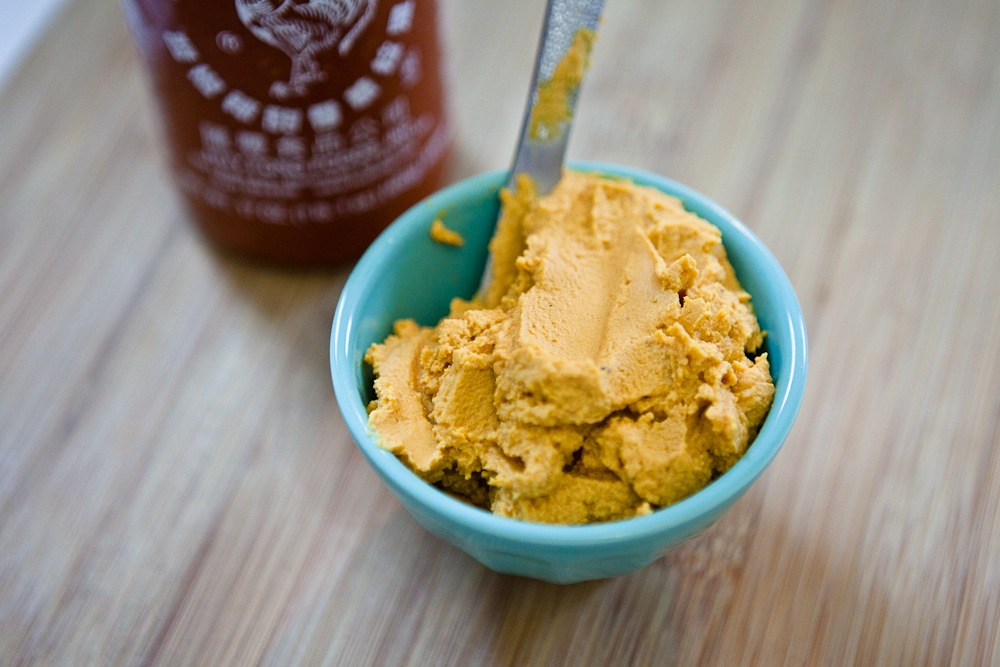 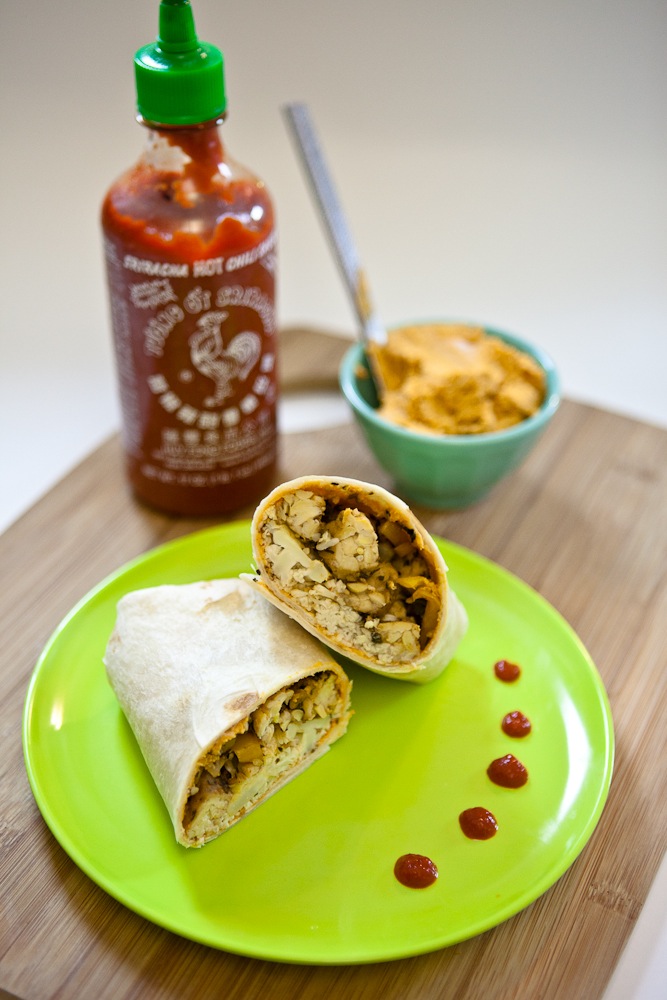 Have you caught the Sriracha fever?

All photos taken by Chris Miller and Kristy Turner