A week ago, Cara over at Fork and Beans had Caitlin, The Vegan Chickpea, do a guest post.   These two ladies are already two of my favorite bloggers, and to have them together in one place was pretty great.  It's like when you're watching one of your favorite TV shows and a character from another one of your favorite shows make a guest appearance.  You know- Like when Tootie and Natalie from Facts of Life would show up on Diff'rent Strokes.  Well, Caitlin posted a recipe for Socca with Cashew Cheeze and Veggies last Friday.  I have been meaning to try a Socca for a long while, but Caitlin's just looked so simple and the cashew cheeze sounded amazing, so I commented on the post, saying that I needed to make it.  Then Cara replied that we both needed to make it and report back.  Then I was like (to myself) "Uh-oh.  Now I really have to make it and not just want to make it."  It's not like anyone was going to be checking up on me, and it was totally my conscience saying "You said you were going to and you have to follow through."  My conscience was keeping me in check.

So I made the Socca with Cashew Cheeze and Veggies.  I used broccoli and sun-dried tomatoes because that's what I had on hand.  I just sauteed the broccoli for a few minutes with about 2 tsp of Bragg Liquid Aminos and then tossed the sun-dried tomatoes in for the last minute or two.  I made the mistake of making the cashew cheeze before everything else, and I couldn't stop taste-testing it. The final product was amazing.  Chris practically inhaled his, but in between swallows, he kept saying "What the @#$* is this?!!!  It's @#$*ing amazing!!!"  If the meal reduces Chris to using primarily profanities to describe it, you know it's pretty great.  It was so easy to make and I cannot wait to make it again.  You can get the recipe here, but this is how mine turned out: 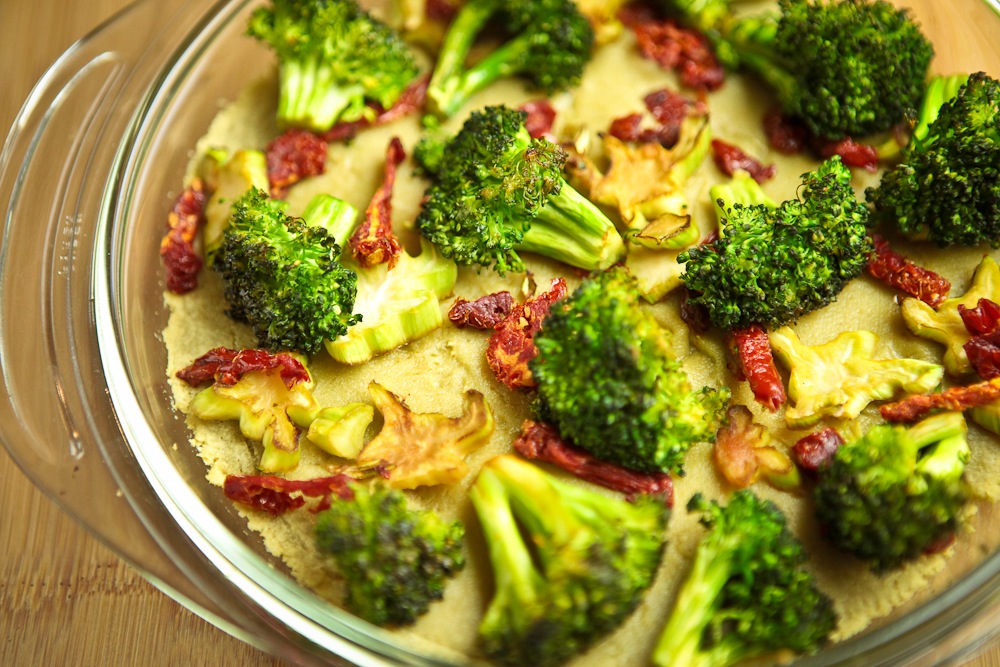 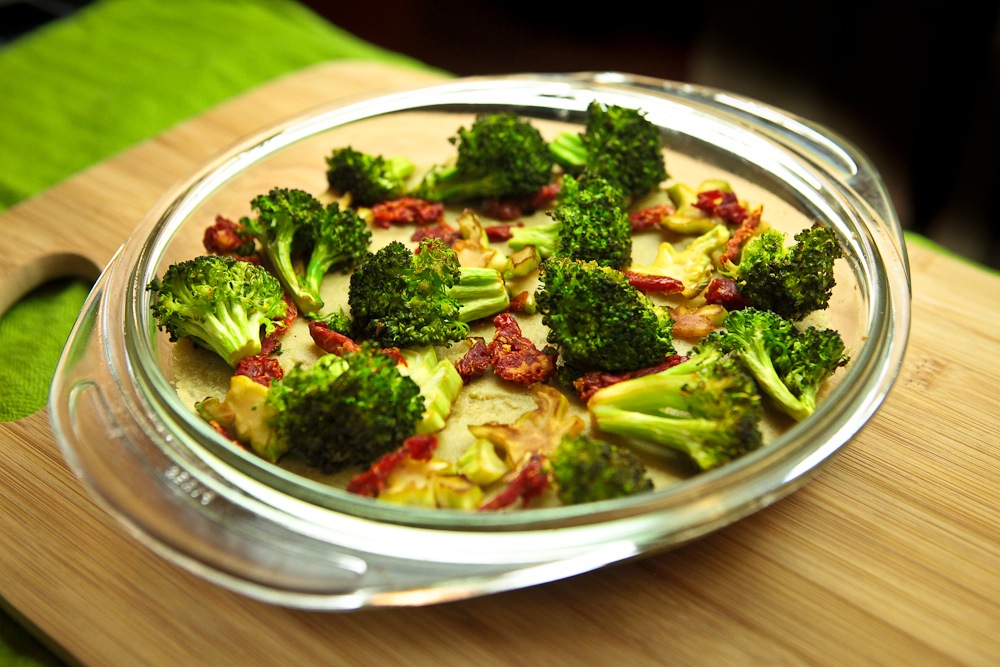 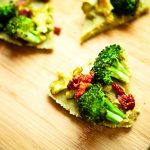 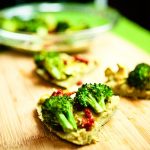 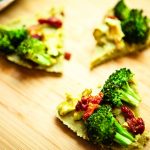 Thank you so much Cara and Caitlin for presenting this recipe!  Chris and I loved it!

To accompany the Socca, I made a salad.  We had just gotten some candy beets (red and white striped beets- think: Candy Canes) from our CSA, and I couldn't decide on how I wanted to use them in the salad, so I narrowed it down to two ways and did both: Baked Beet Chips and Roasted Beets.  We also had blood oranges and avocado (also both from our CSA) so I threw those in as well.  I made a Orange Balsamic Vinaigrette to go with it, but really, any balsamic vinaigrette would work.  The differences in texture with complimenting flavors was awesome.  It was maybe the most delicious beet salad I've ever had, not to mention gorgeous! 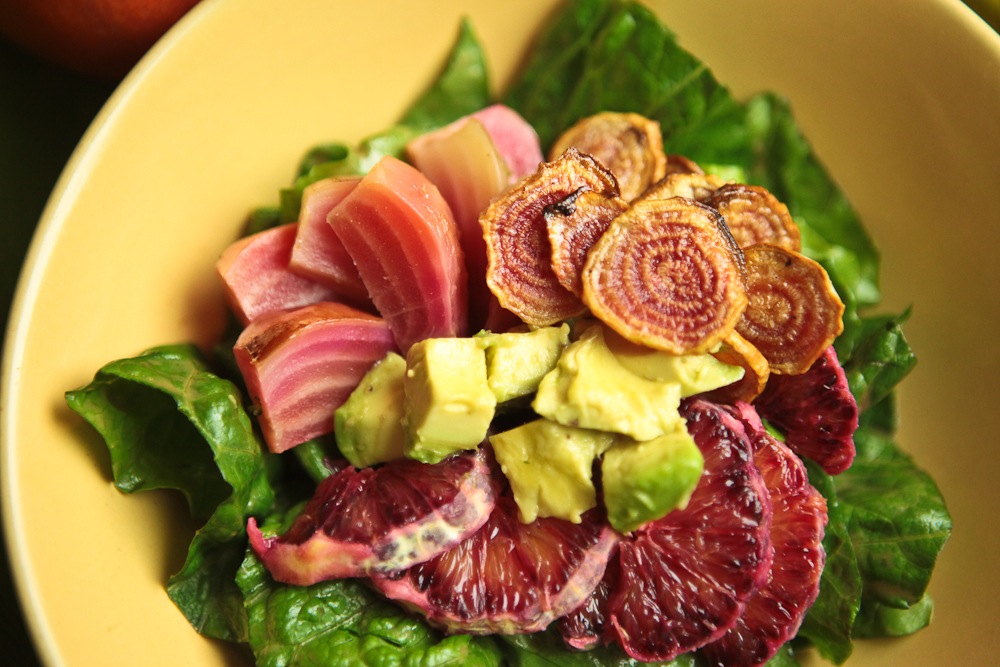 for the Orange Balsamic Vinaigrette: 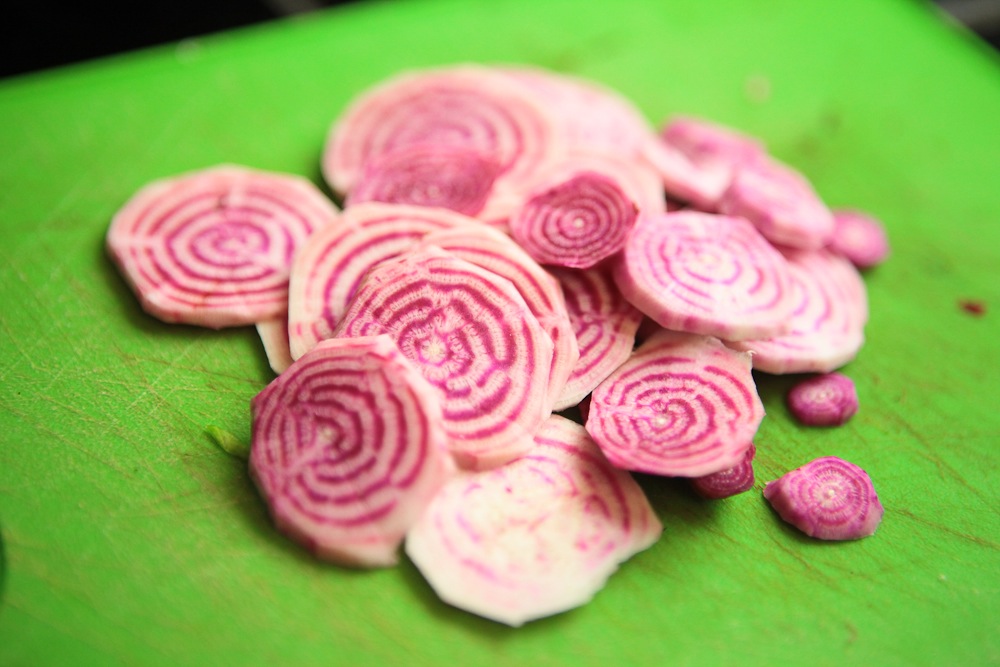 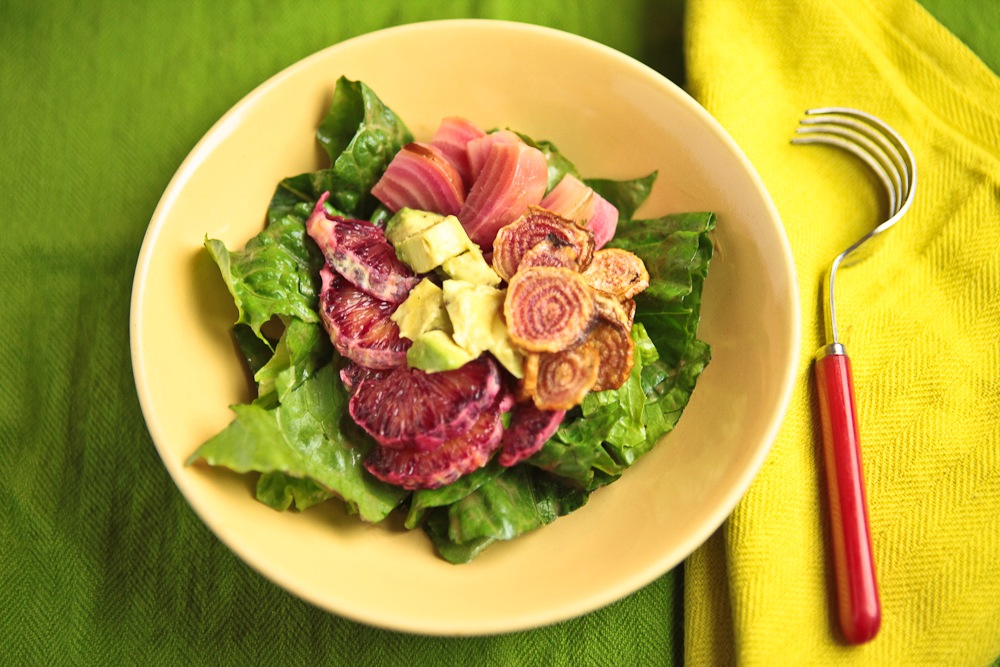 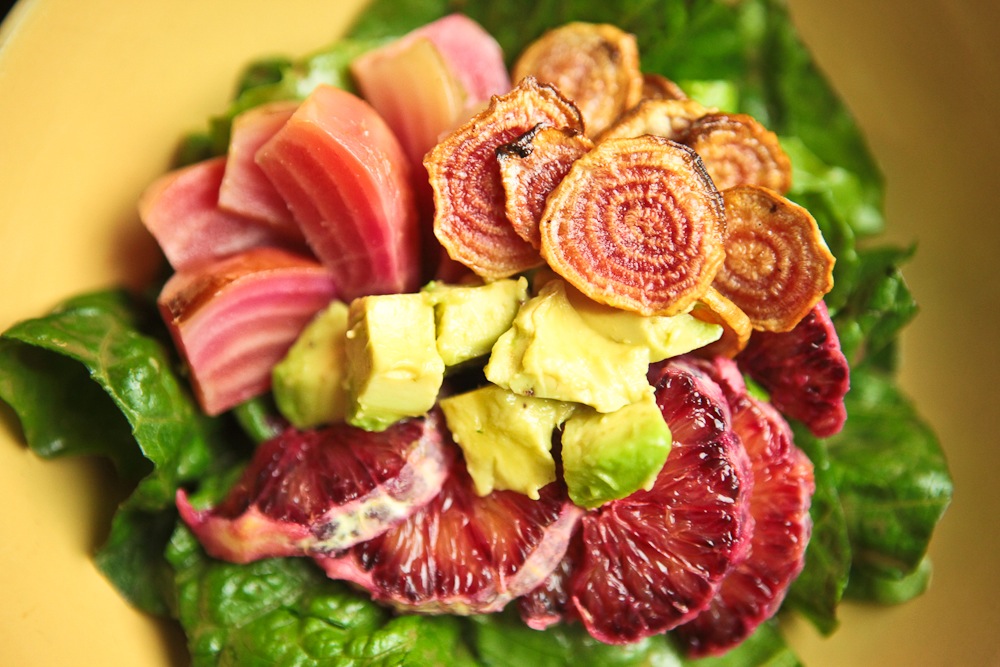 If you like salads that have a variety of textures, you will love this salad.  Give it a try and report back!

Again, much thanks to Cara and Caitlin.  What's on your "recipe to-try list"?