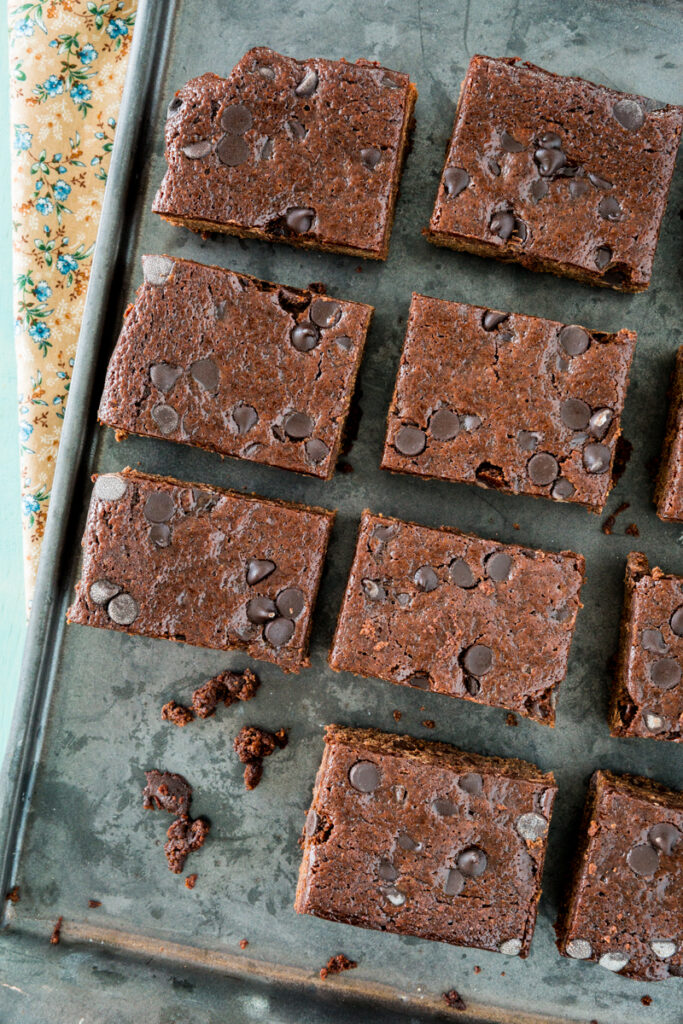 I'm picky when it comes to brownies. 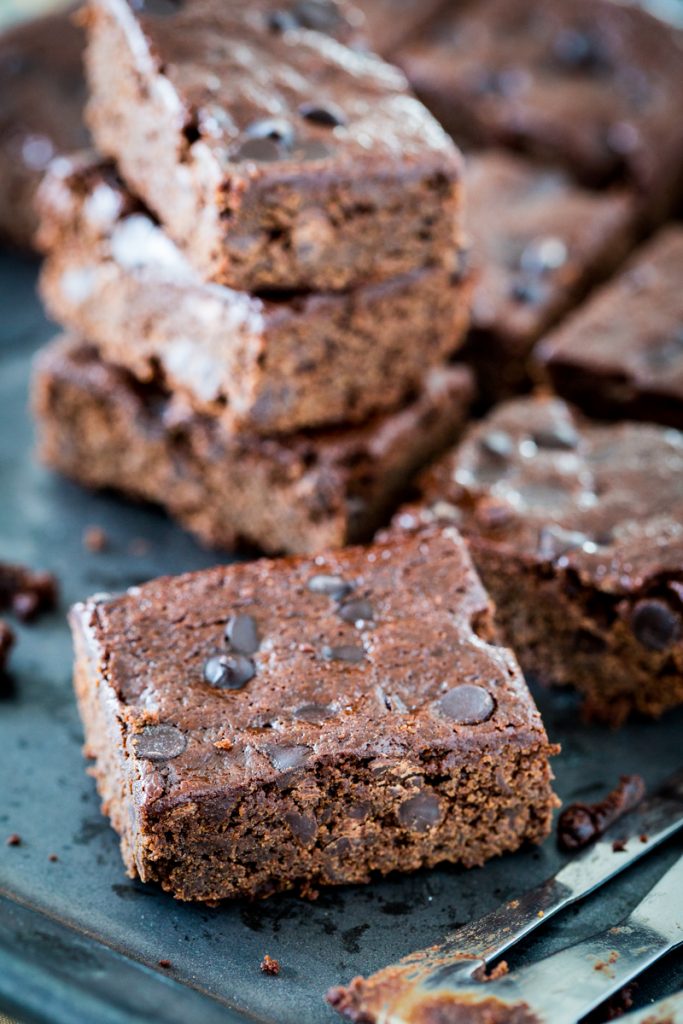 I need them to be dense and rich and I need them to be bold with chocolate flavor with just the right balance of sweetness. I don't waste my time with cakey brownies and I always feel a little cheated when they're too gooey and fudgy. And raw or "no-bake" brownies, while they might taste alright, are just a slap in the face when I'm in the mood for a good ol' fashioned brownie. 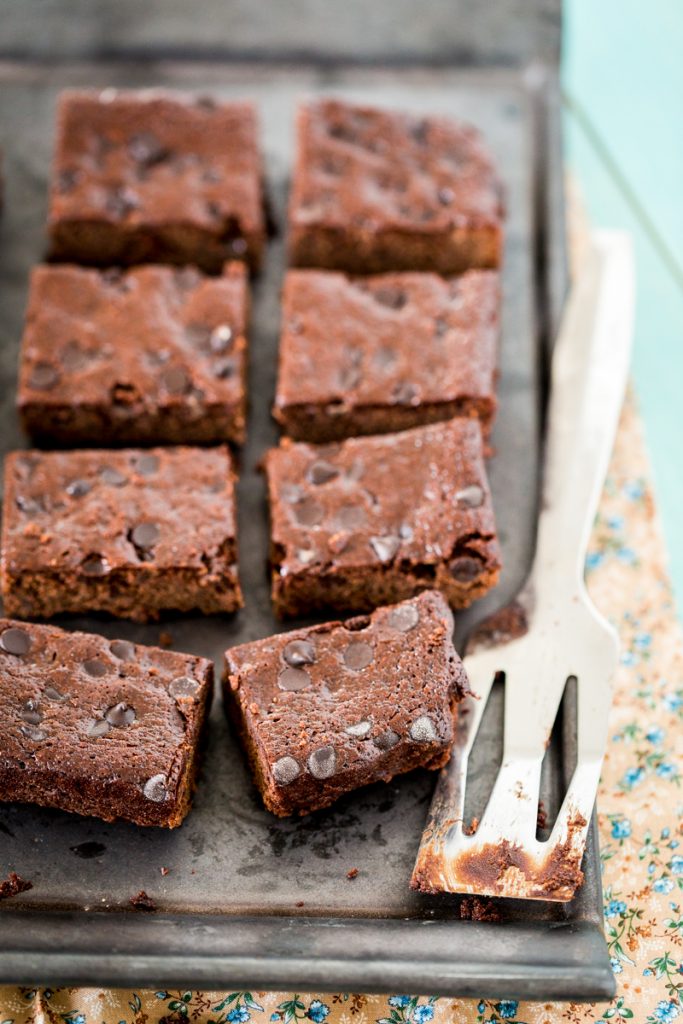 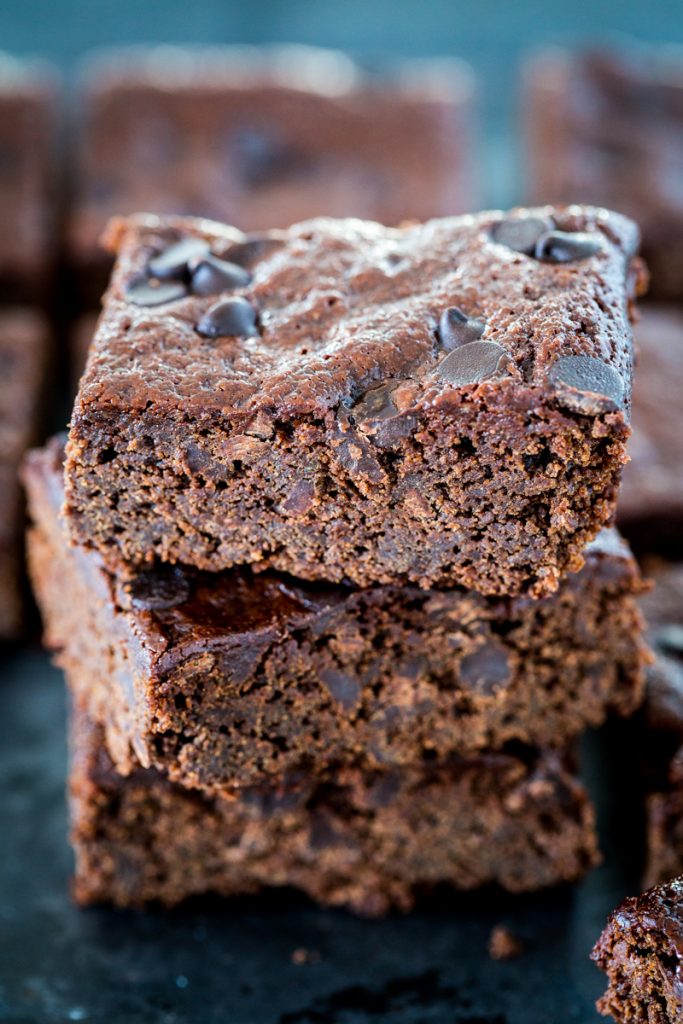 I also don't like them to be crumbly. I just want to bite into a solid, thick brick of chewy, chocolaty goodness and not have my face and shirt covered in crumbs. I don't feel like I'm asking too much. Side Note: the crumbs you see pictured here are hand-made for food styling purposes. They didn't just naturally fall off these gorgeous bars! 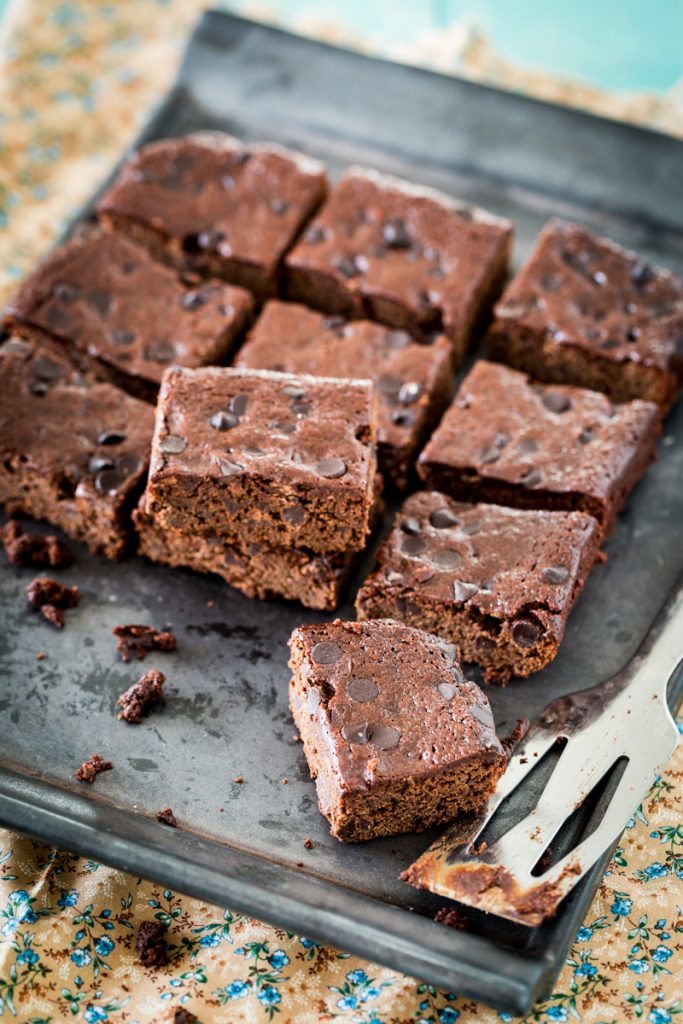 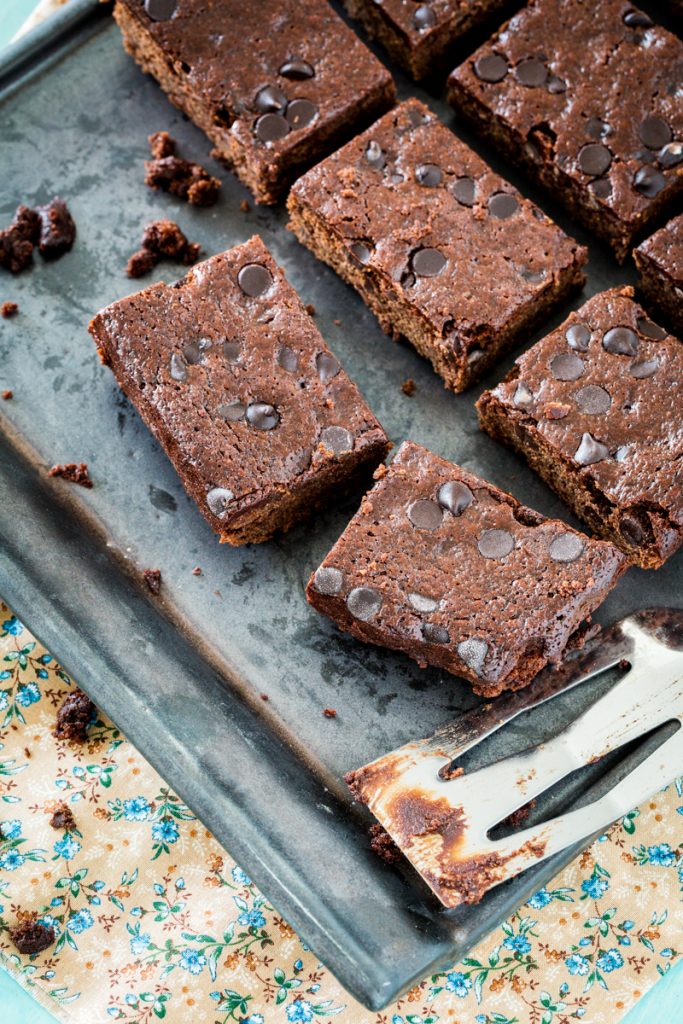 Once I conquered my chocolate chip cookie recipe (which, by the way, I just added an update to because I made them even better on my most recent batch!!!) I decided to take on brownies with the same pertinacity I approached my cookie recipe testing. I made batch after batch (as I mentioned when discussing my brownie chunk ice cream), until I came up with a brownie that adhered to my strict brownie guidelines. And these are them, my friends: Dense, thick, chewy, luscious, rich, chocolaty, crumb-lacking, filled with chocolate chips, vegan, gluten-free brownies. I wish I had a mic right now that I could drop. 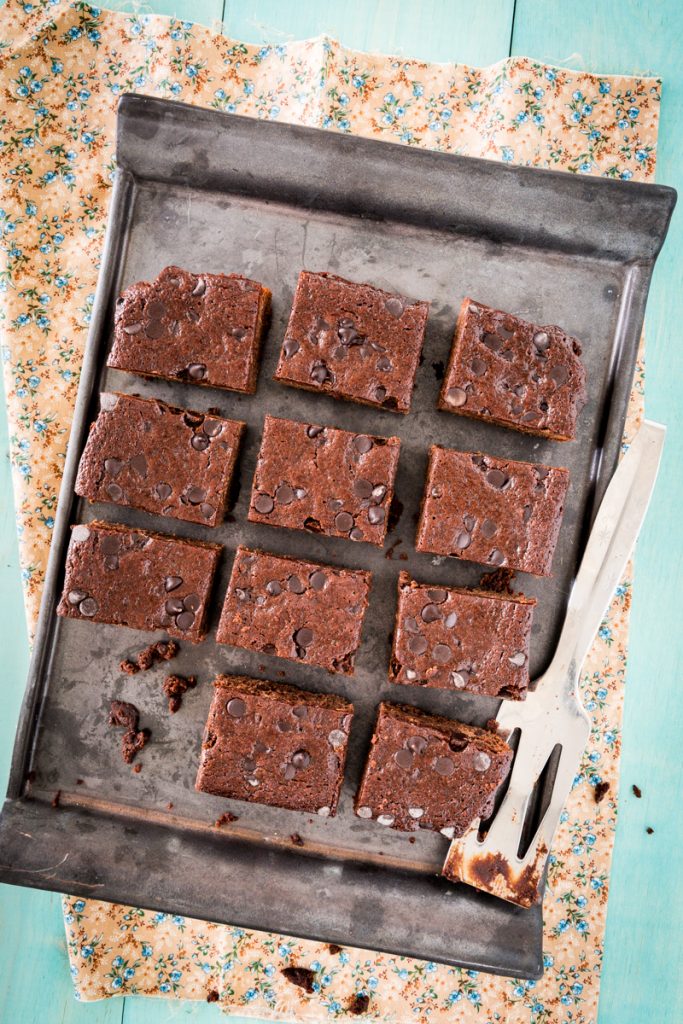 To powder your coconut sugar, I reccomend placing the coconut sugar in your coffee grinder (1/4-1/2 cup at a time, depending on the size of your grinder) and grinding until it is a powdery consistency. If you don't have a coffee grinder, you can use a high speed blender, with a completely dry canister, to blend the sugar into a powder.

To use these brownies in my Peanut Butter-Caramel-Brownie Chunk Ice Cream, make the brownies without the arrowroot powder. 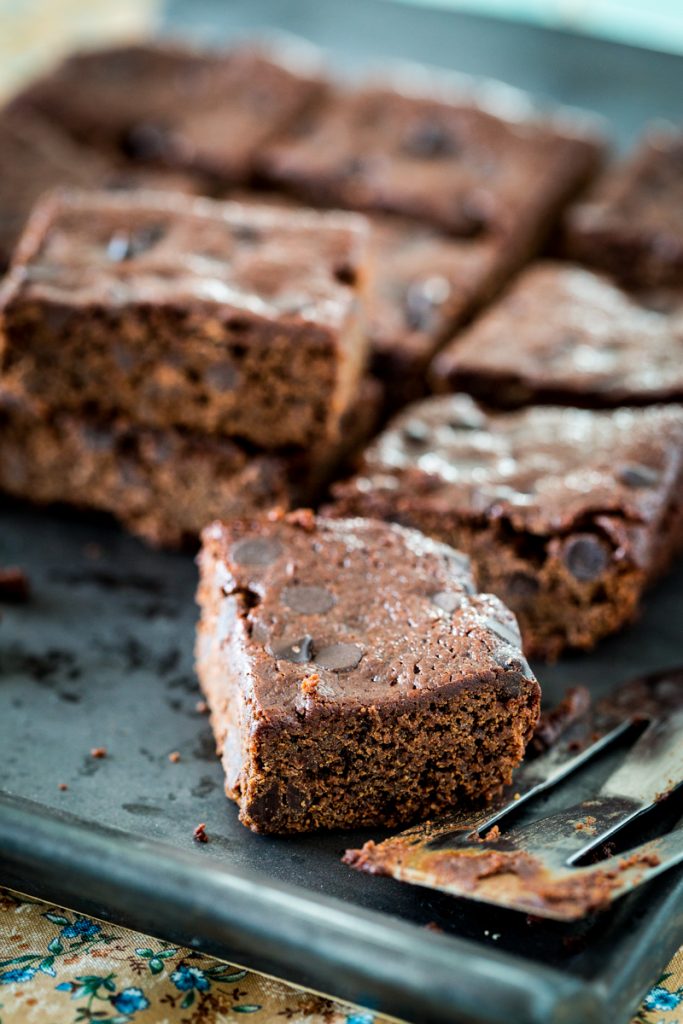 Also, this is my dog, Maeby, overlooking the brownie photo shoot. Sitting in the dining chairs is her favorite. 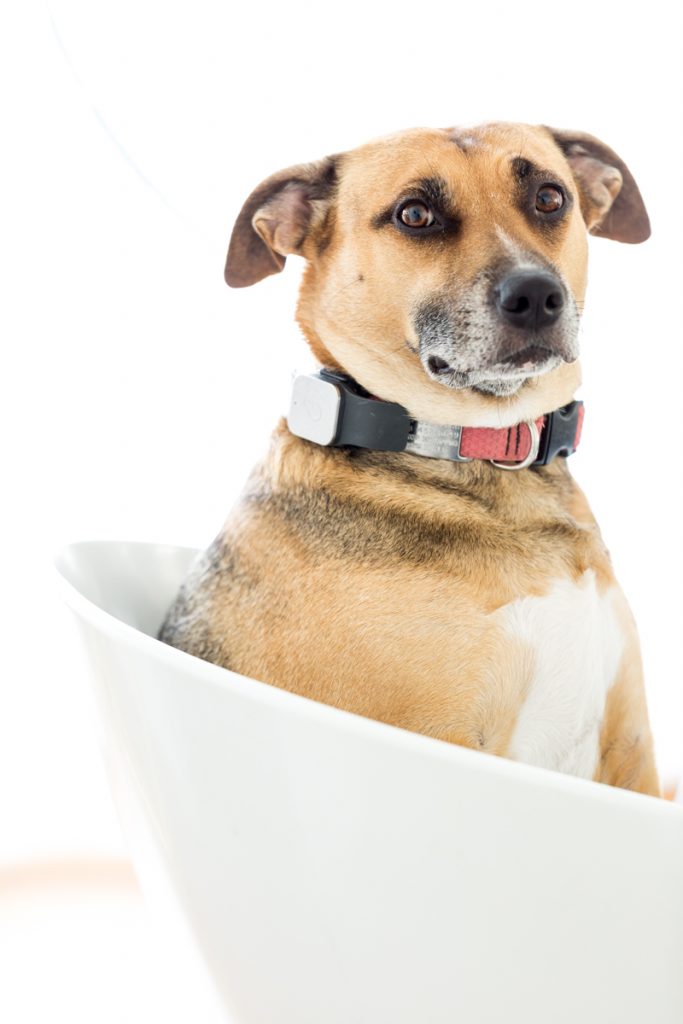 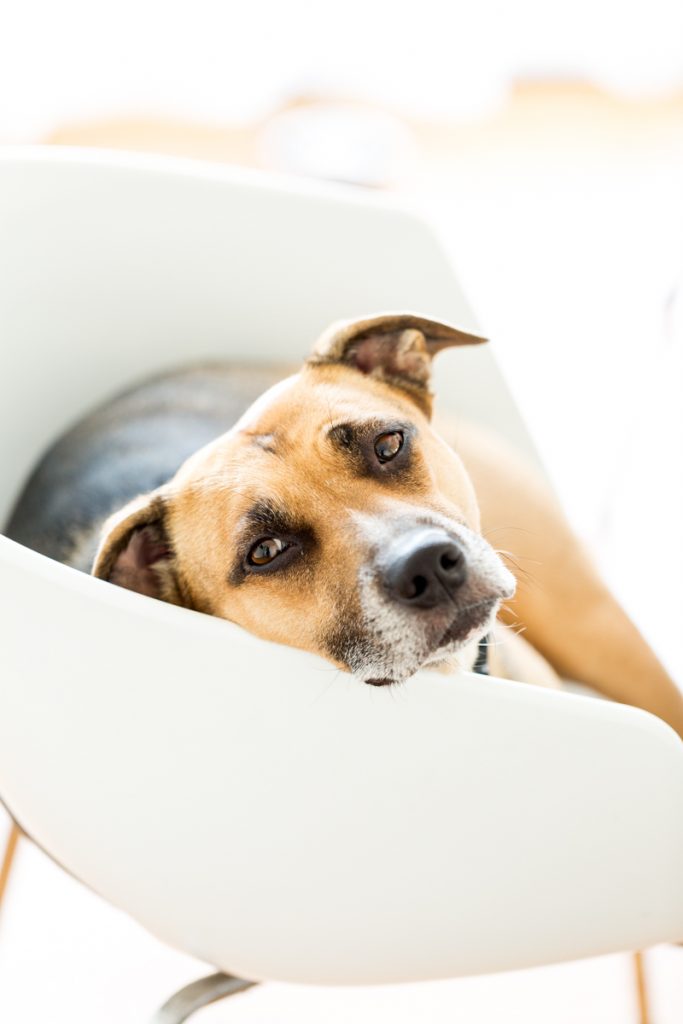