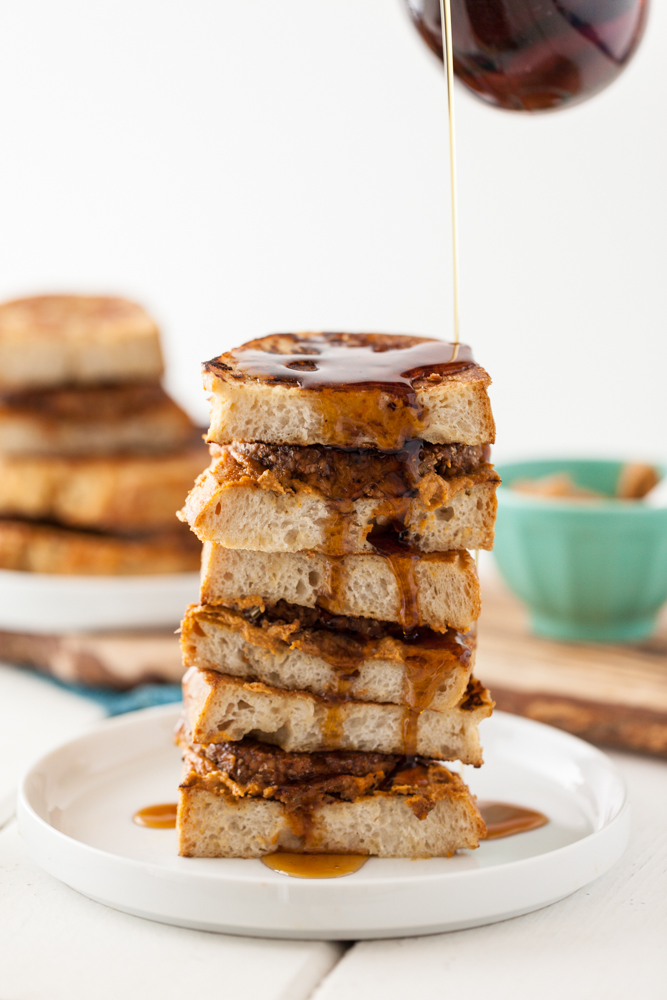 Many years ago, during one of the hundreds of breakfasts I've shared with my grandfather, he poured maple syrup over his sausage patty. 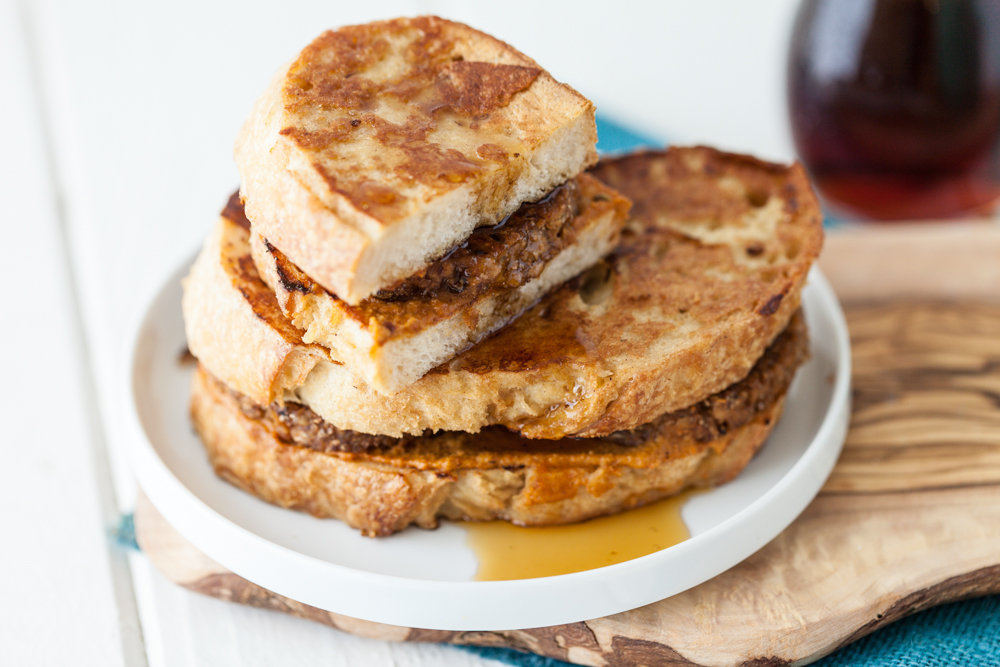 I should back up and explain that my grandfather has a history of trying to convince me to try different foods.  His usual explanation as to why I should try whatever it was that he wanted me to try was to tell me "It'll put hair on your chest."  It was always like "Try these here green beans- They'll put hair on your chest" or "Do you drink coffee, girl?  You should- it'll put hair on your chest."  Why, as a young girl, this explanation was all it took for my grandfather to convince me to do anything without questioning it, I have no idea.  It is the reason though, as a child, I began to eat green beans, eat untoasted bread with a thick coating of butter, add salt to my watermelon, and later become a raging coffee addict as a teenager. 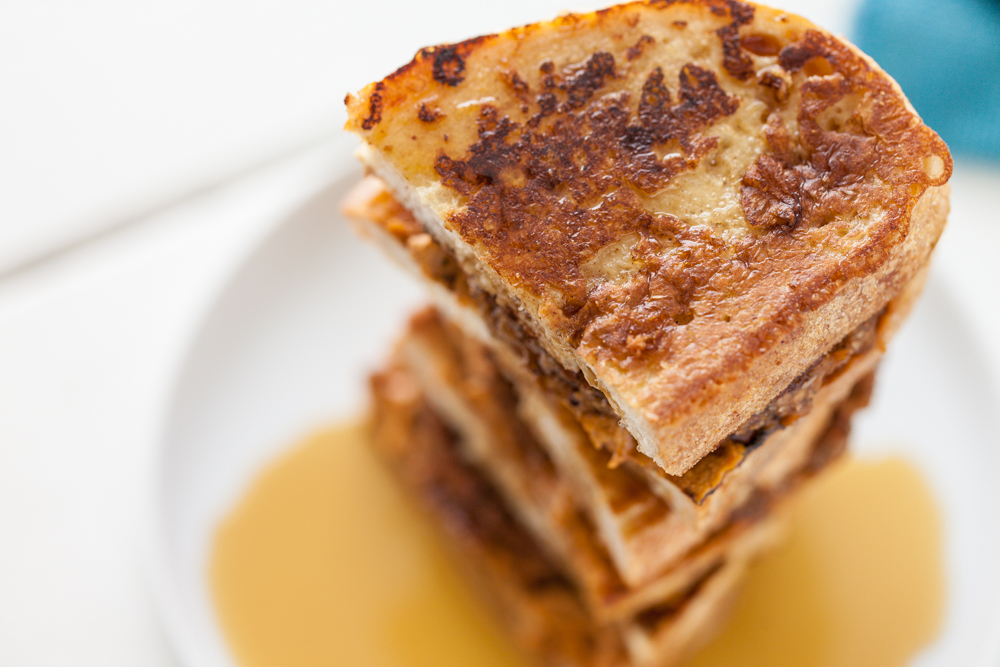 This time, however, as I watched him cut a piece of his sausage patty and swirl it around in the maple syrup on his plate, a look of great disgust spread across my face.  My grandfather looked at me and said "What's the matter, Herb?" (Herb is his nickname for all of his grandkids).  "Don't ya eat your sausage with syrup?"  I quickly shook my head and said disgustedly (as only a child of seven or eight can get away with) "No way!"  He shook his head and took another bite.  "You should- it'll put hair on your chest."  He pushed the maple syrup towards me and I pushed it right back. 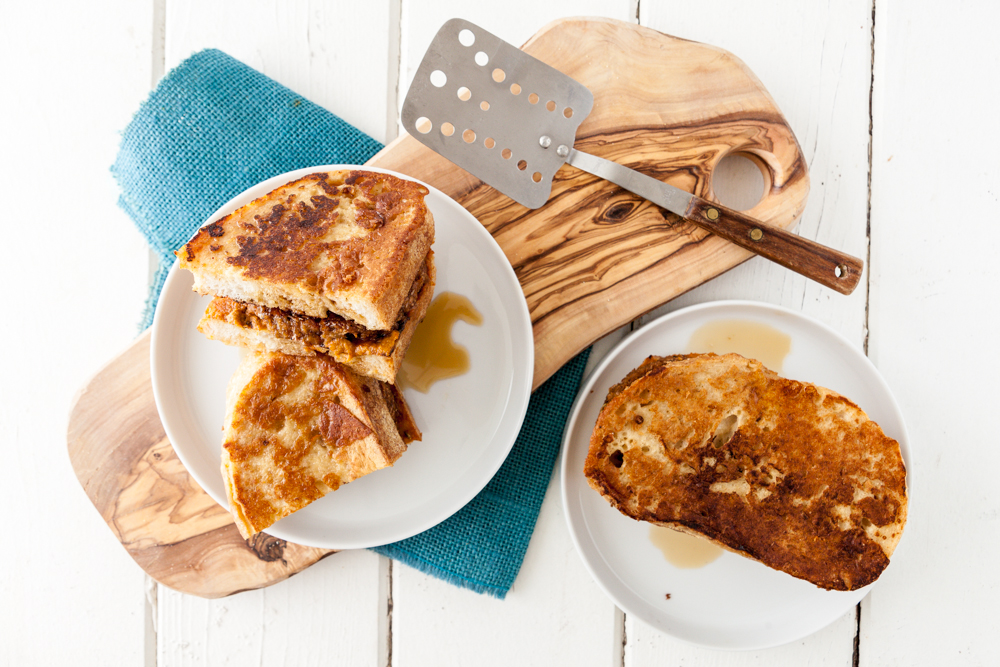 Many years later, soon after I became a vegetarian in my twenties, I microwaved a couple frozen vegetarian sausage patties to have with my breakfast (Of course I knew that I could pan fry them but what college kid wants one more thing to clean later?).  I sat down to breakfast and I cut into one of my sausage patties.  With that first bite, I was put off by the saltiness and the rubberiness it had taken on from being nuked.  It was alright, but I felt like it could've been better.  I remembered what my grandfather had said but, still slightly grossed out, I resisted.  I ate the other things on my plate until all that was left were the sausage patties.  Not wanting to throw the patties away, I decided to give it a try. I grabbed the syrup from the kitchen and poured just a couple drops on my plate.  I very gingerly dipped the sausage into the syrup and the rest is history.  I don't have any hair on my chest but I am now a definite believer of mixing your vegan meats with your sweets. 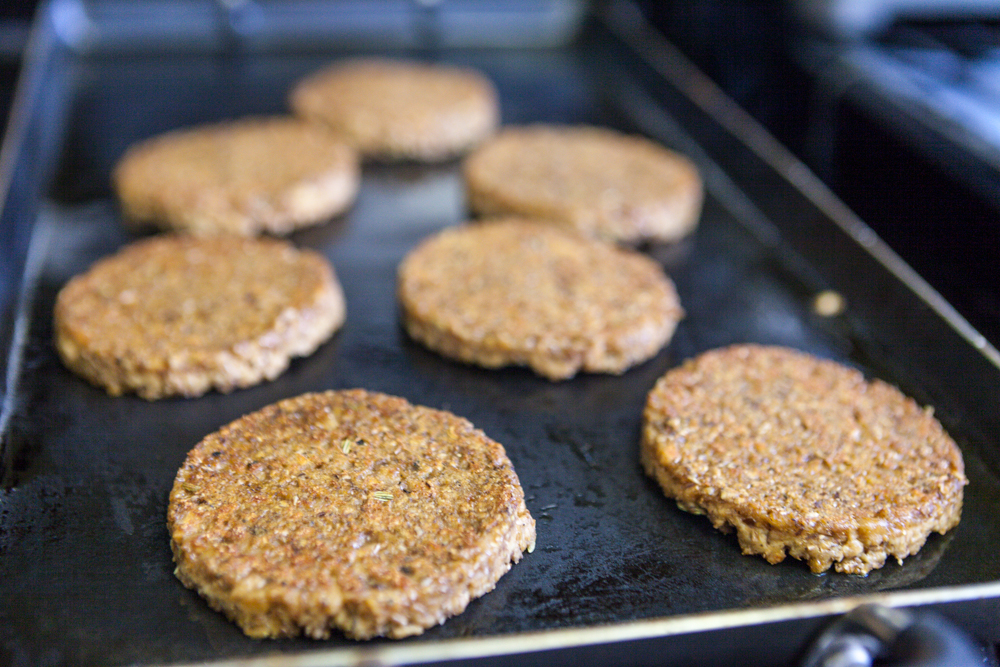 And that brings me to this breakfast.  Homemade vegan sausage patties (slightly adapted from Hell Yeah It's Vegan's awesome recipe) sandwiched, along with some spicy ancho chili cashew cheese and maple syrup, between two thick slices of french toast.  Mixing vegan meats with sweets doesn't get much better than this. 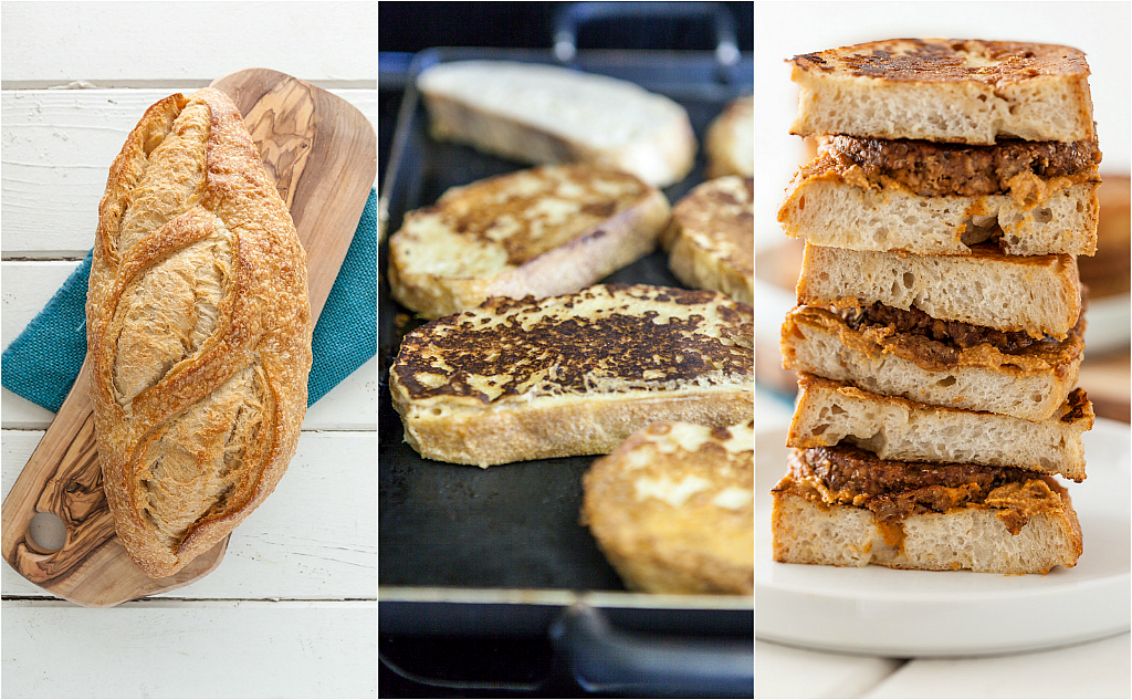 The great part about this sandwich, aside from how insanely delicious it is, is that you can just put it together and eat it as-is for a wonderfully filling and portable breakfast.  If you have some time to sit down for a meal, though, I highly recommend drizzling your sandwich with a little more maple syrup and going to town with a knife and fork.  That's where the magic happens.  The smoky cashew cheese, mixed with the savoriness of the sausage, explodes with umami flavor when combined with the maple syrup.  Pack all that between two slices of french toast and you have yourself a breakfast you will not soon forget.  You should totally try it- it'll put hair on your chest! 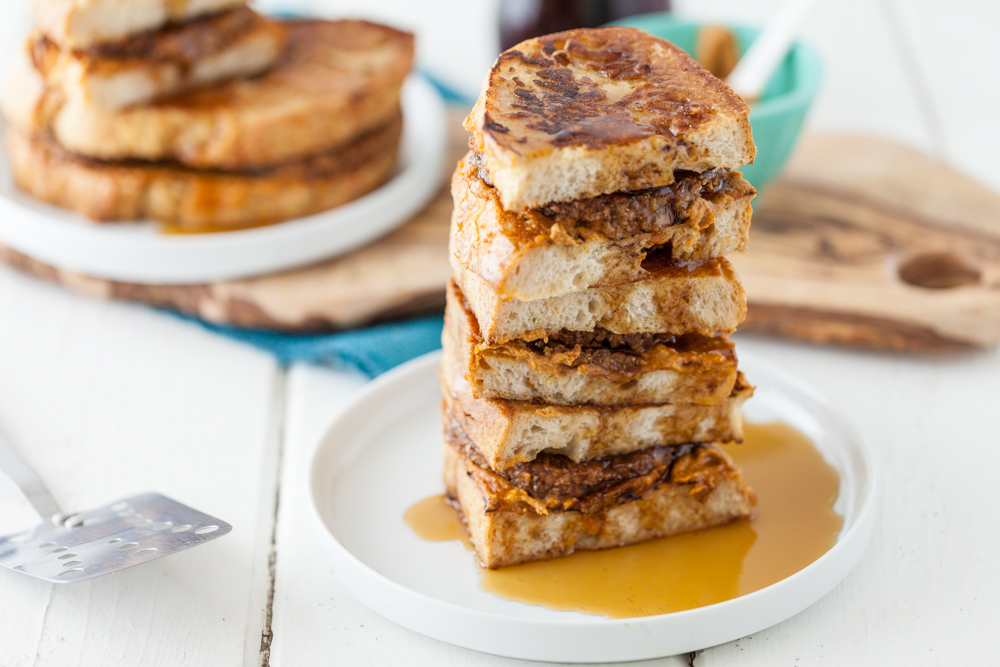 for the sausage patties
_slightly adapted from Hell Yeah It's Vegan!_
for the french toast
for the ancho chili cashew cheese sauce
additional 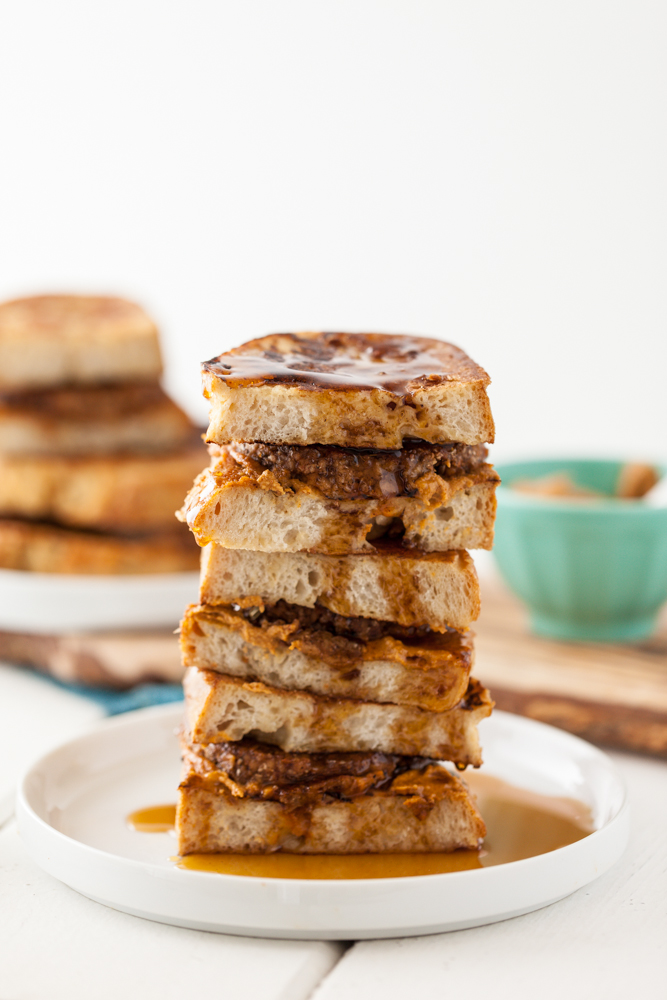 What things were you hesitant to try as a child?