Most of you have probably heard about this "chickpea meringue" trend that's been going on. If you haven't heard, basically some crazy vegan genius figured out that you can use chickpea brine (from cans of chickpeas) as a vegan egg substitute. Even further, it was discovered that you can mix powdered sugar into this brine and come up with a perfectly good vegan meringue substitute. Now there are hoards of vegans coming up with some brilliant recipes that could never be accomplished pre-CM (Chickpea Meringue). It's like the holy grail of vegan substitutions was discovered. 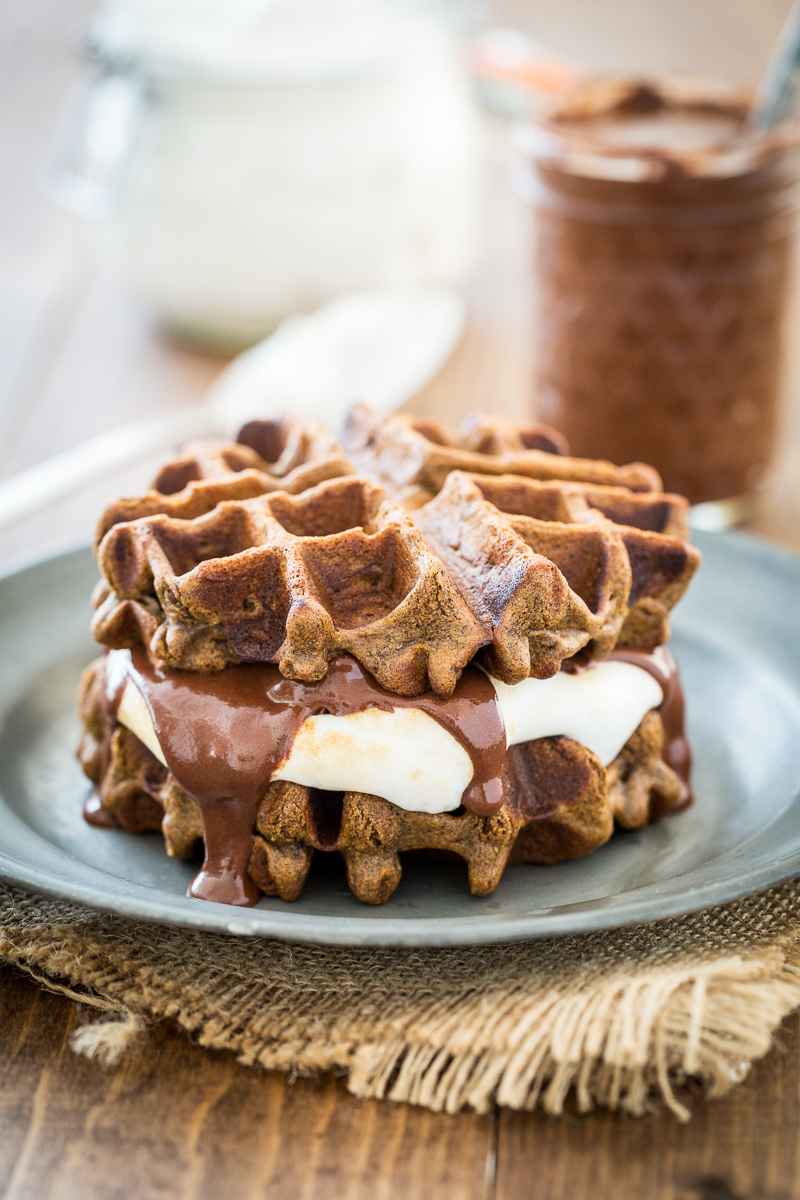 When I heard about this phenomenon, I'll be honest with you, I was disgusted. I'm one of those people who grimace when they drain a can of beans because that thick, gooey liquid really grosses me out. I never really cared for meringue in my pre-vegan days so I wasn't interested in making any now. And I like to purchase my vegan macarons, rather than make them myself (because I'm lazy and it makes them more of a treat for me) so I had no interest in following the trend of trying to veganize them with this new wonder-substitute. It also seems that these recipes require a crap-load of sugar and I don't even keep sugar in my house. Me and too much sugar don't mix well. Some other bloggers found other great applications for the brine and I was excited for them but I had no interest in consuming the brine from my can of chickpeas. 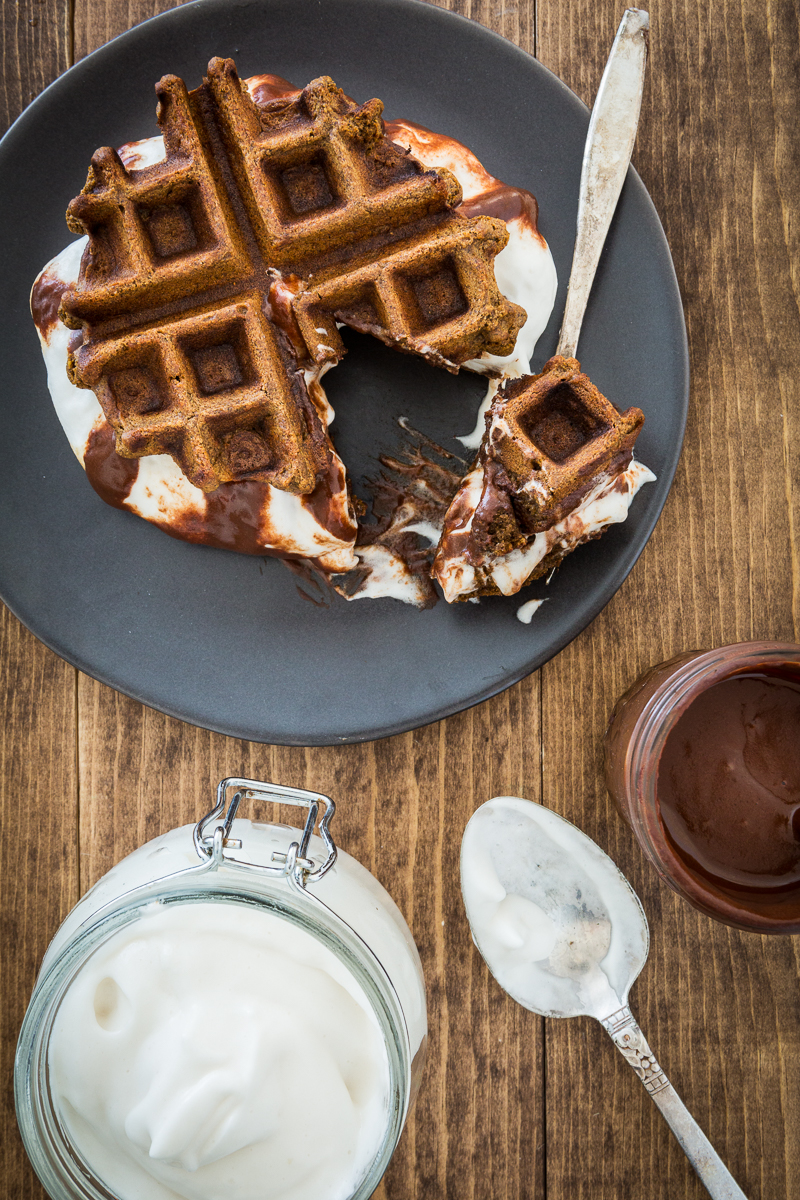 That was, until I saw a post from one of my favorite blogs, Seitan is My Motor. She used chickpea brine to make vegan marshmallow fluff. This piqued my interest because I had been trying for awhile, unsuccessfully, to make a vegan marshmallow fluff and I'd pretty much given up. Her recipe looked simple enough and I had most of the ingredients. I just decided to switch out the powdered sugar with powdered xylitol to make it more friendly to my sugar-sensitive body. I also used lemon juice instead of cream of tartar (because I totally thought I had some when I went grocery shopping and then realized when I got home that I did not) for a touch of tanginess and I used vanilla powder instead of vanilla extract to make up for the liquid/dry ratio I screwed up with the lemon juice. I also increased the guar gum because I wanted the fluff to be a little stickier. I wanted it to hold its own between two waffles but we'll get to that in a bit. 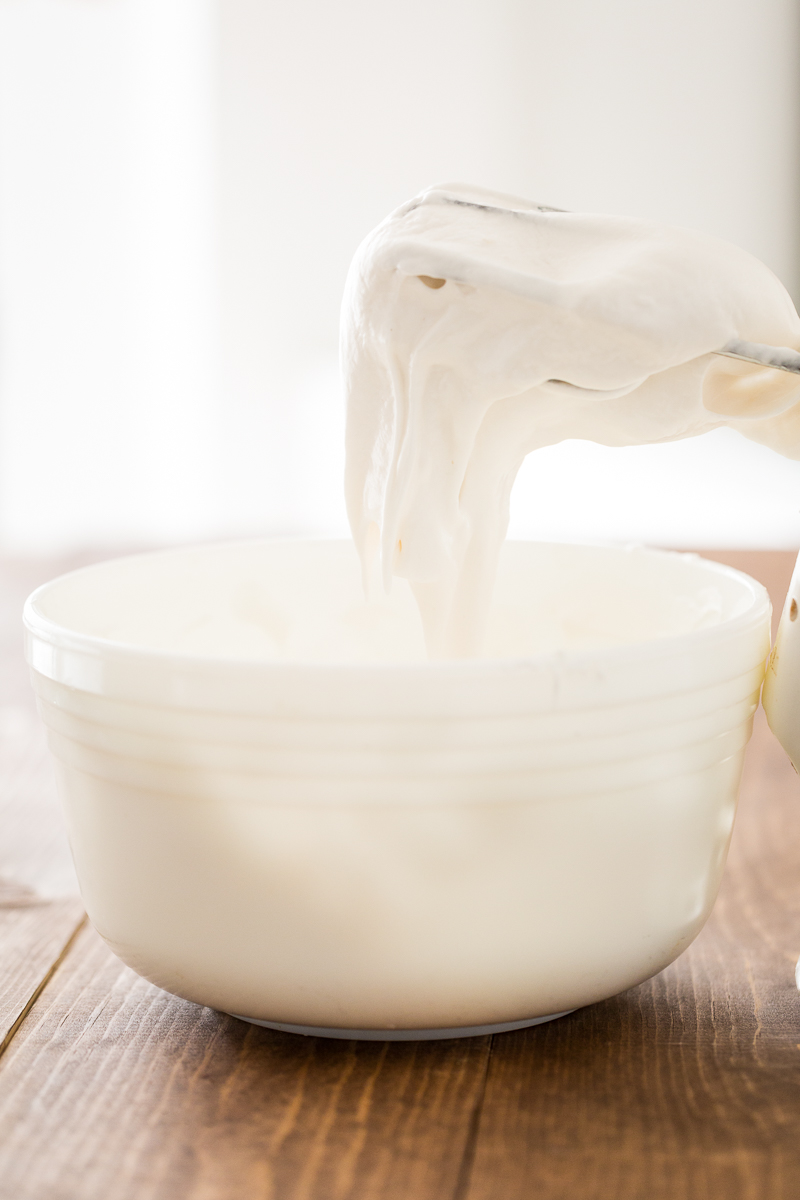 The fluff worked out perfectly. It was seriously like magic. Yes, I was grossed out at the beginning during the whole brine-collection part, but once I began mixing it with the other ingredients, my disgustedness was replaced with pure awe. Magic was happening in my bowl and a sugar-free, vegan marshmallow fluff began to creep up the beaters of my hand mixer. I may've screamed and made Chris run to the kitchen to see it. And then I may've laughed a little maniacally but totally not on purpose. 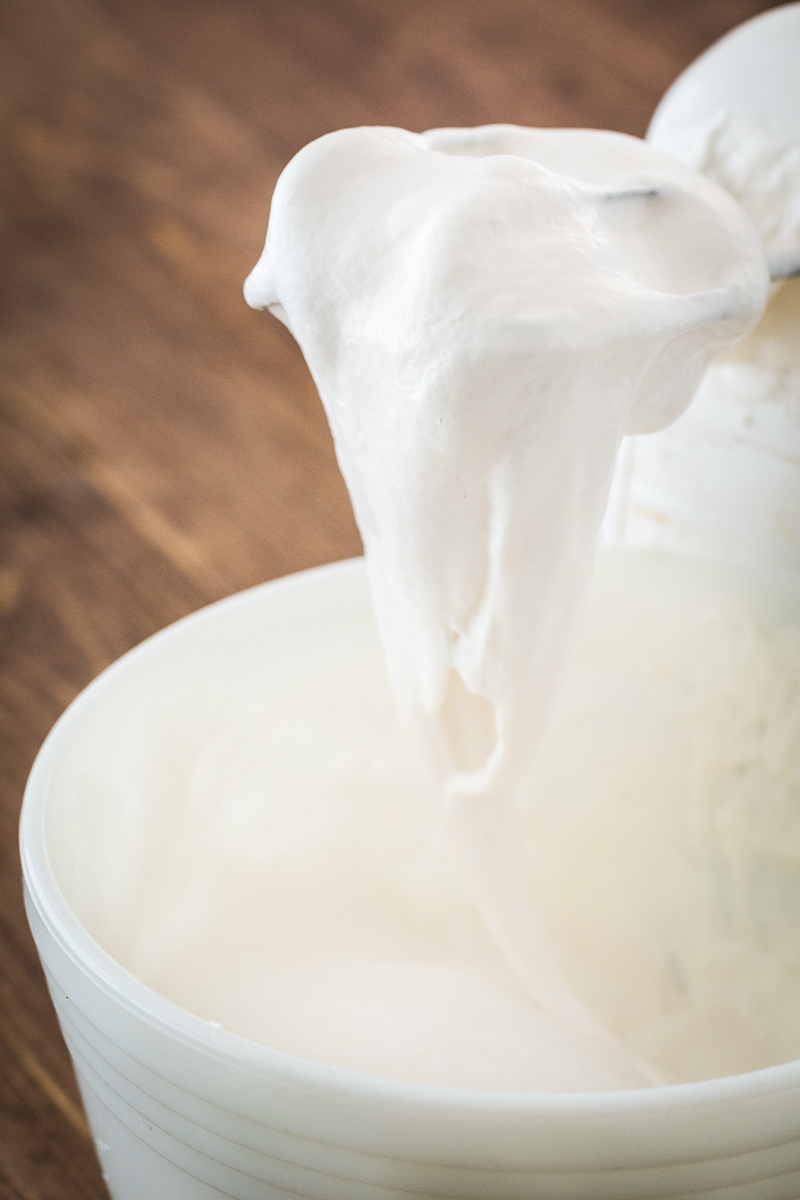 Now to the waffles. I've been dreaming about S'mores Waffles for the better part of 4 months. Two graham-crackery-tasting gluten-free, vegan waffles stuffed with gooey, slightly burnt marshmallow fluff and thick melted chocolate. Yes. Four months of scheming on how to make this day-dream of mine appear on my Sunday morning brunch plate. 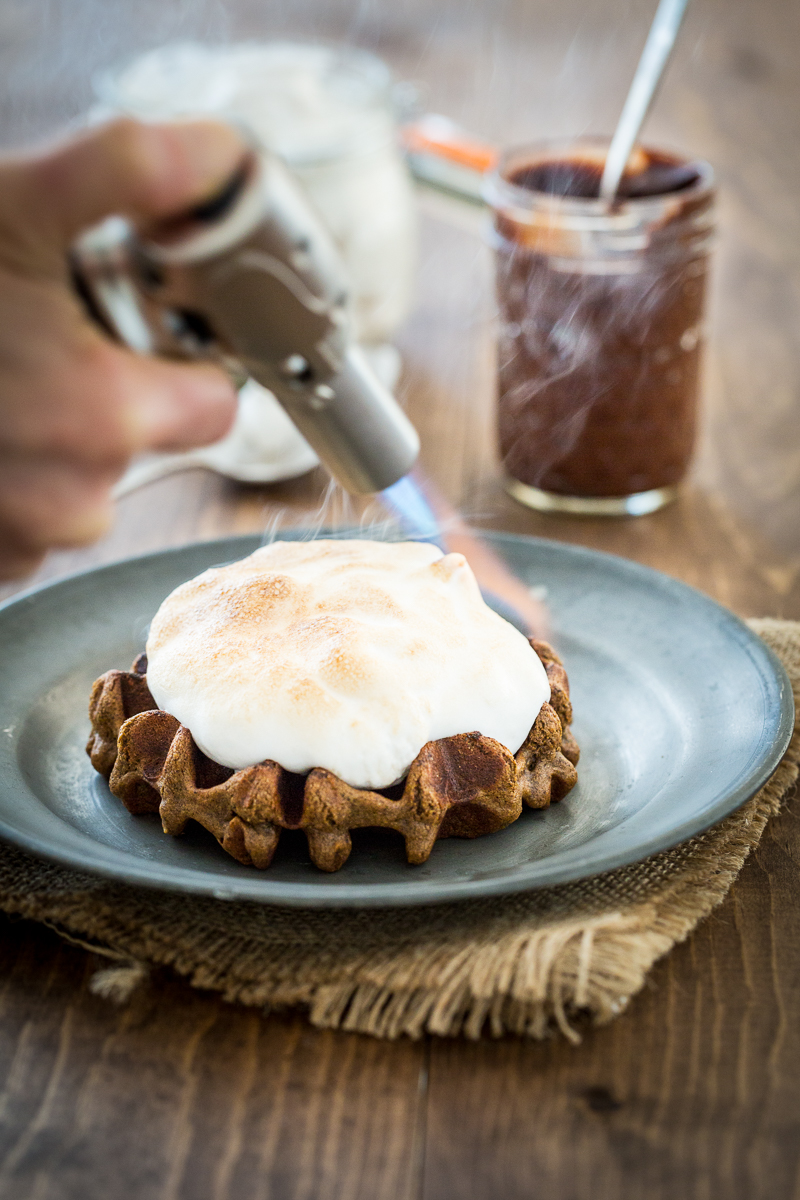 I perfected the waffles early on- achieving the taste of graham crackers with a combination of buckwheat flour, blackstrap molasses, and cinnamon. I knew I wanted the chocolate sauce to be thicker than just straight-up melted chocolate and I wanted it to have more nutritional depth. Combining melted sugar-free chocolate with a puree of dates and almond milk gave me just what I was looking for. I'd purchased a cooking torch early on in hopes of using it on my homemade marshmallow fluff, but there never was enough of a successful result to use it. I'm sure I don't need to tell you that there was even more maniacal laughing while browning the winning batch of sugar-free, vegan marshmallow fluff (and also looks of concern/fear-for-their-life from Chris, Max, and Sophia). 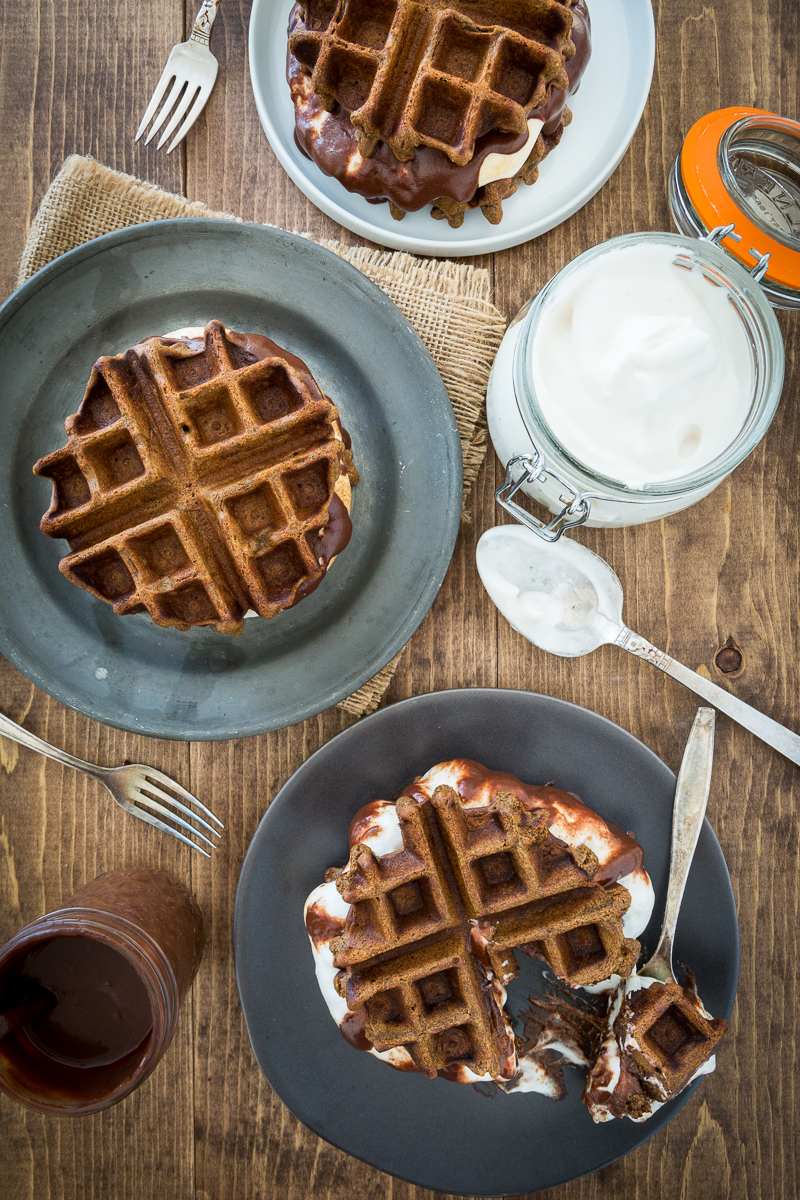 That first bite was so rewarding and triumphant. And also stupidly delicious. And also decadent and dare-I-say, miraculous. I mean, it was S'mores and Waffles happening at the same time and it was vegan and sugar-free and gluten-free and IT WAS ALL MINE (and the rest of my family with whom I shared them with). And now they're ALL YOURS. I hope I hear some maniacal laughter coming from your kitchen very soon. 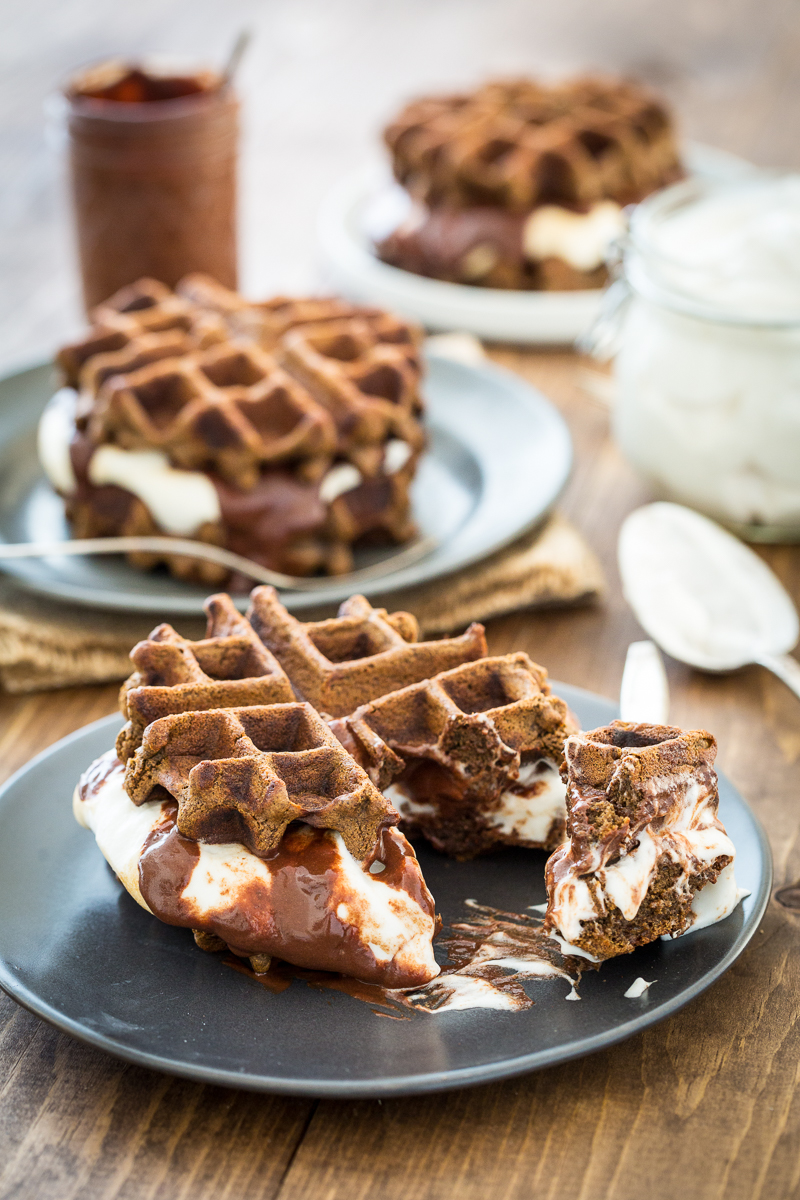 I use a Belgian waffle maker that uses A LOT of batter. If your waffle iron doesn't need a lot of batter or if you have a regular waffle iron, you may want to consider cutting the waffle ingredients in half.

If you want to be extremely generous with your marshmallow fluff, I would double the recipe (that's what I did, though I had quite a bit leftover). 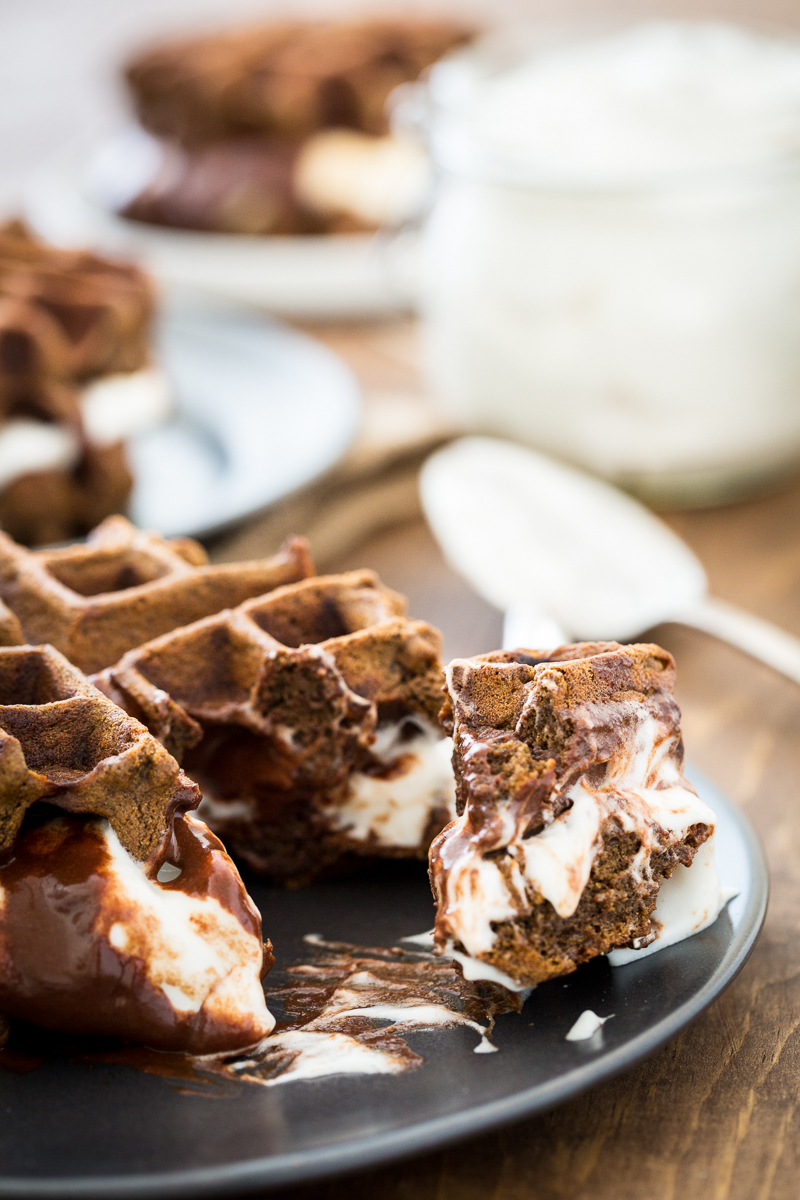 Thank you Seitan is My Motor for making my brunch dreams come true!