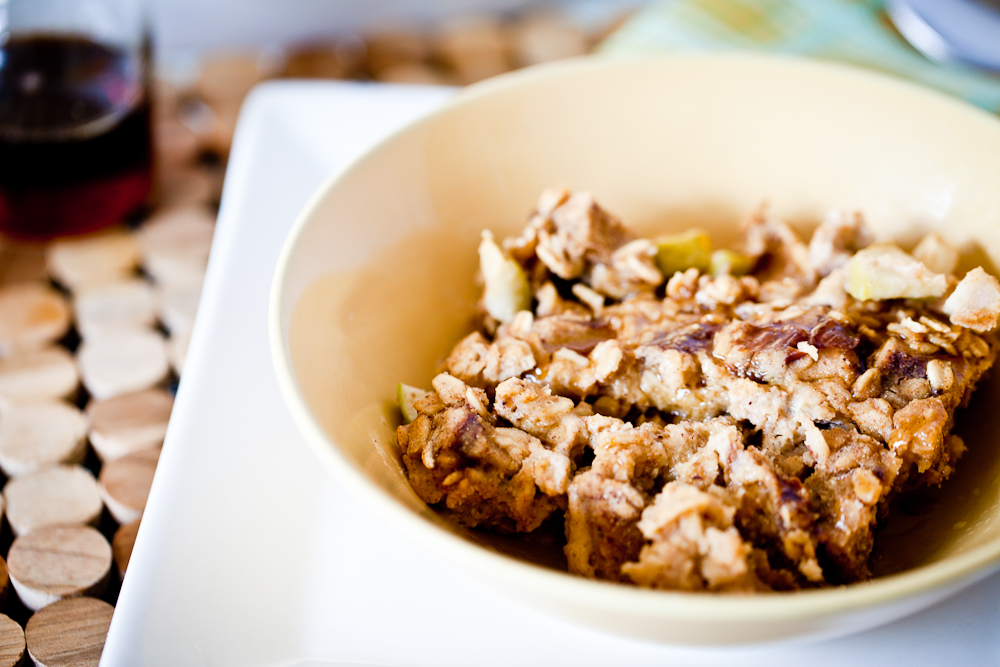 Cinnamon is one of my favorite things about fall.  That and getting to wear my boots all the time and bundle up in scarves and sweaters (in other words, the cute part of my wardrobe).  And the crisp chill in the air and the leaves changing color.  It's definitely my favorite time of year and I look forward to cinnamon flavored everything. 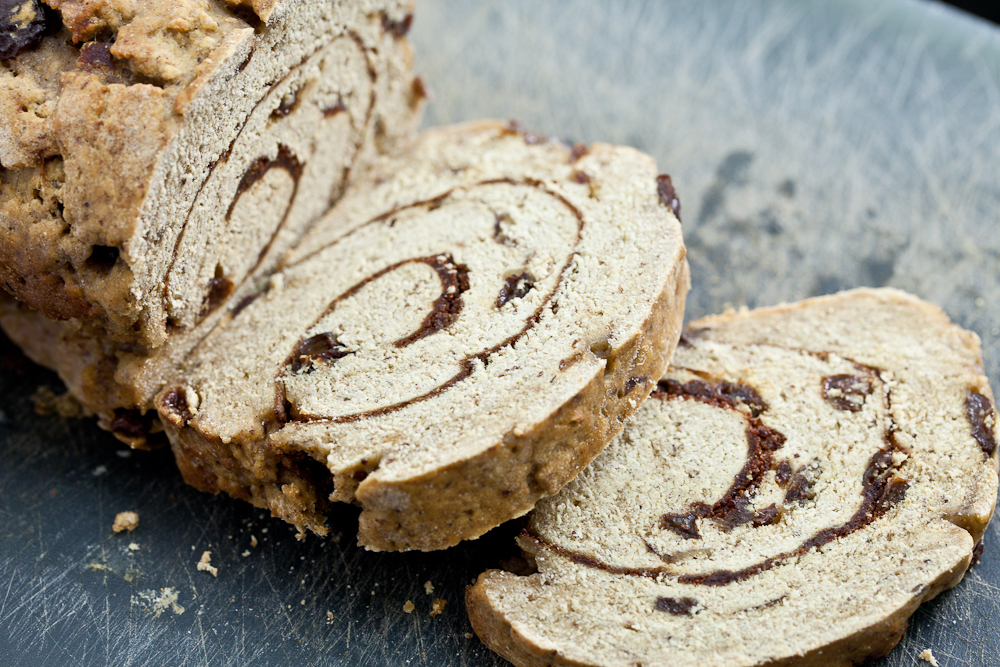 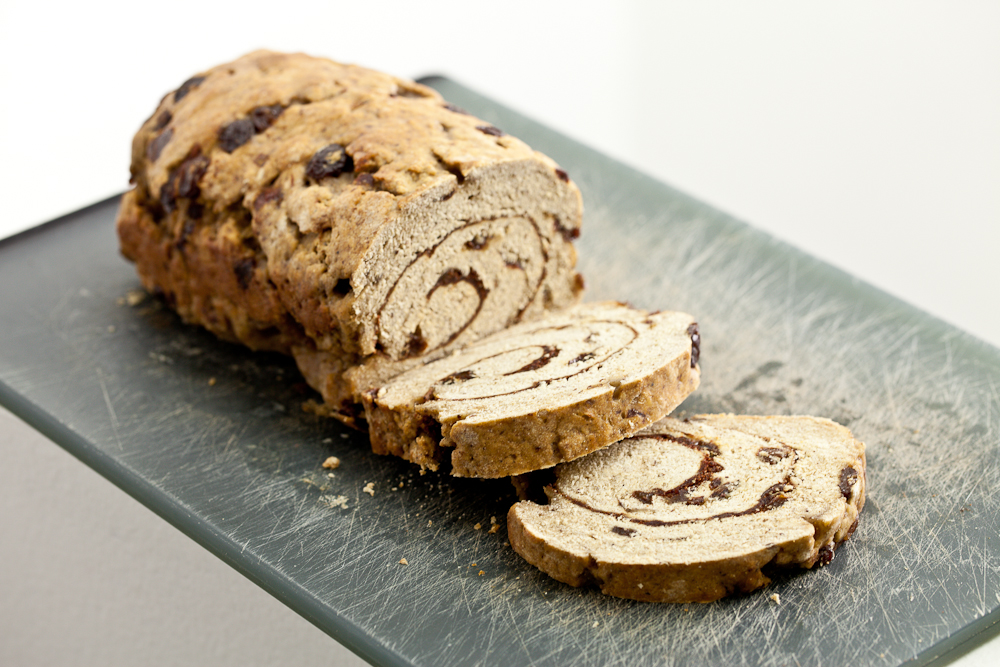 Cinnamon raisin swirl bread held a special place in my heart as the perfect treat, until I briefly had a crazy old Scottish lady (and I mean the "sleep-on-the-floor-of-the-closet-and-talk-constantly-about-my-dog-who-died-ten-years-ago-as-if-he-were-still-alive" kind of crazy) as my roommate in college and I am not exaggerating when I say that the only thing she ate was toasted cinnamon raisin bread.  It got to a point that the sickly sweet aroma of the toast mixed with whatever I was eating and turned me off cinnamon raisin bread entirely.  When I became vegan, I didn't care that I couldn't find a reasonably priced loaf of vegan cinnamon raisin bread.  I was over it. 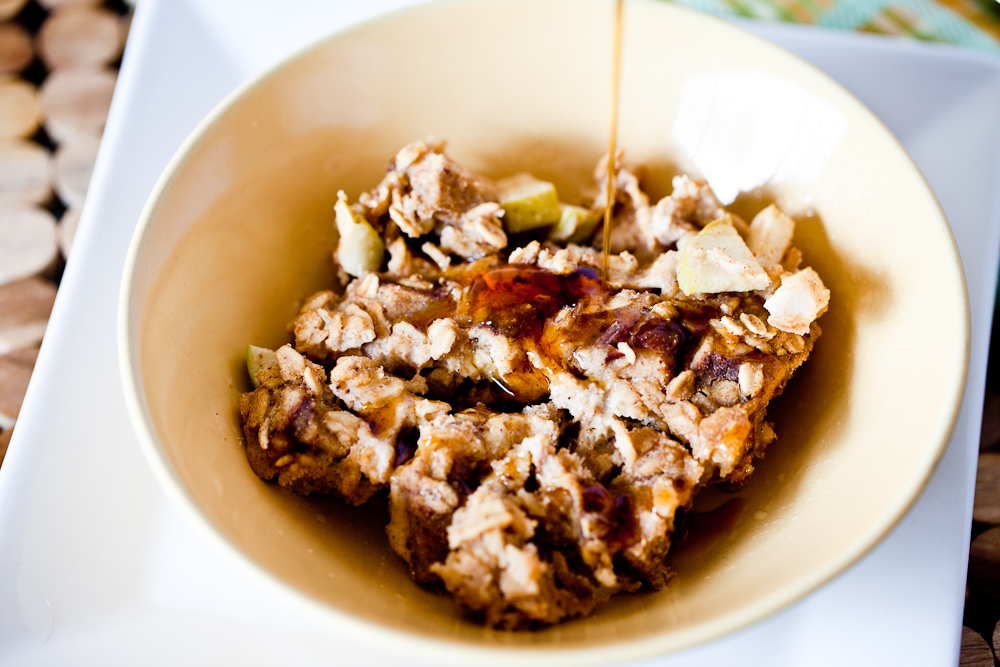 Fall has been teasing us here in southern california.  It will be cool for a moment, then goes right back to being hot.  I want so badly to be bundled in my cute fall clothes, my house smelling of cinnamon, but mother nature is not allowing it right now.  So I've kind of been forcing it- wearing a scarf with my tank top, lighting fires in the fireplace in the evening, and using cinnamon in everything.  I even made some gluten-free cinnamon raisin bread in hopes that Fall will get it's butt in gear. 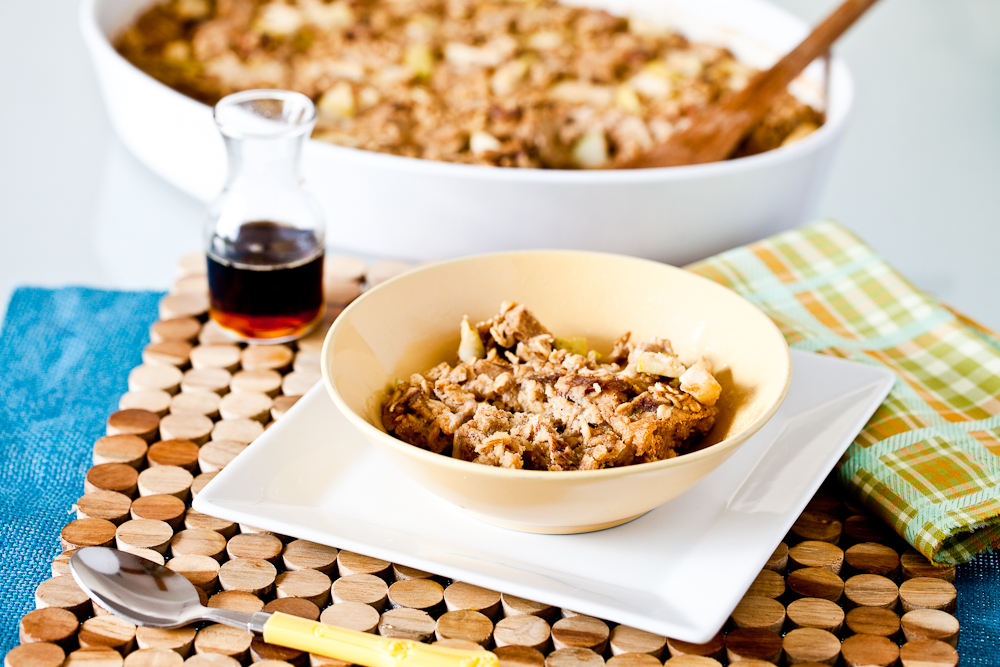 When that didn't work, I decided to make an even more cinnamon-y dish using that bread.  I decided to make baked oatmeal with chunks of cinnamon raisin french toast mixed throughout.  In case you didn't know, my man, The Chickpea, can turn regular vegan french toast into fabulous french toast, by adding some chickpea flour to the batter that you soak the bread in.  I soaked the cubes of cinnamon raisin bread in my chickpea flour batter with rolled oats and even more cinnamon.  I even threw in some apple for good measure. It was incredible.  Like, "I-just-want-to-eat-this-until-I-explode" kind of incredible. 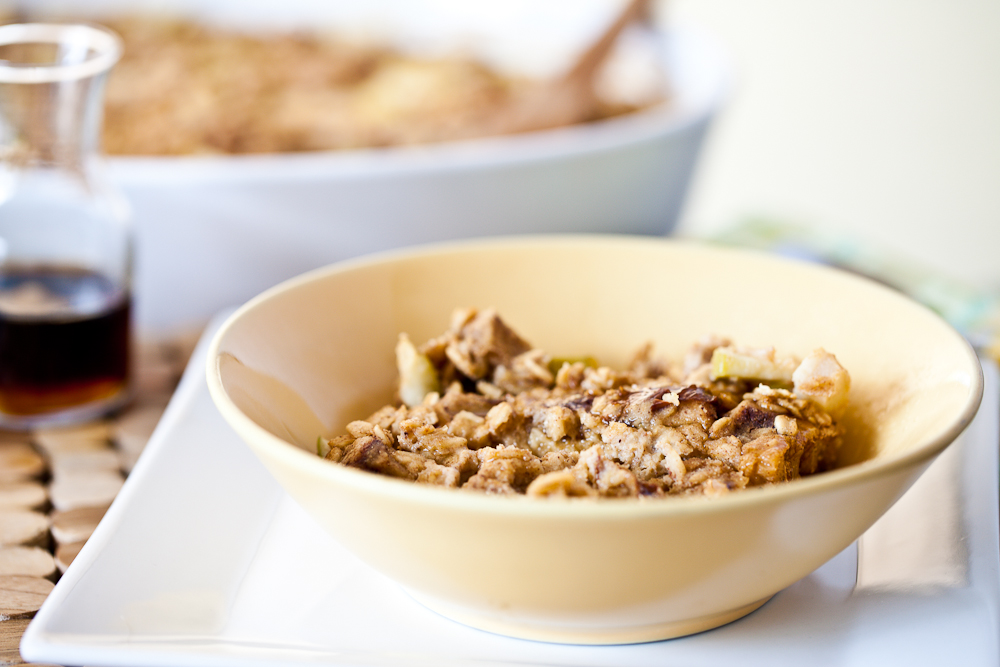 My baked apple cinnamon french toast oatmeal didn't exactly scare summer off, but my family loved it and the tiny bit that was leftover made for great breakfasts on the go for a few days.  I just portioned the leftovers out into small containers, then in the morning, just drizzled some almond milk over it and heated it in the microwave.  It made every morning feel like fall.  The wafts of cinnamon-scented steam floating into the air while I savor each bite, wearing a scarf and boots, temporarily forgetting that it's actually 80 degrees out. 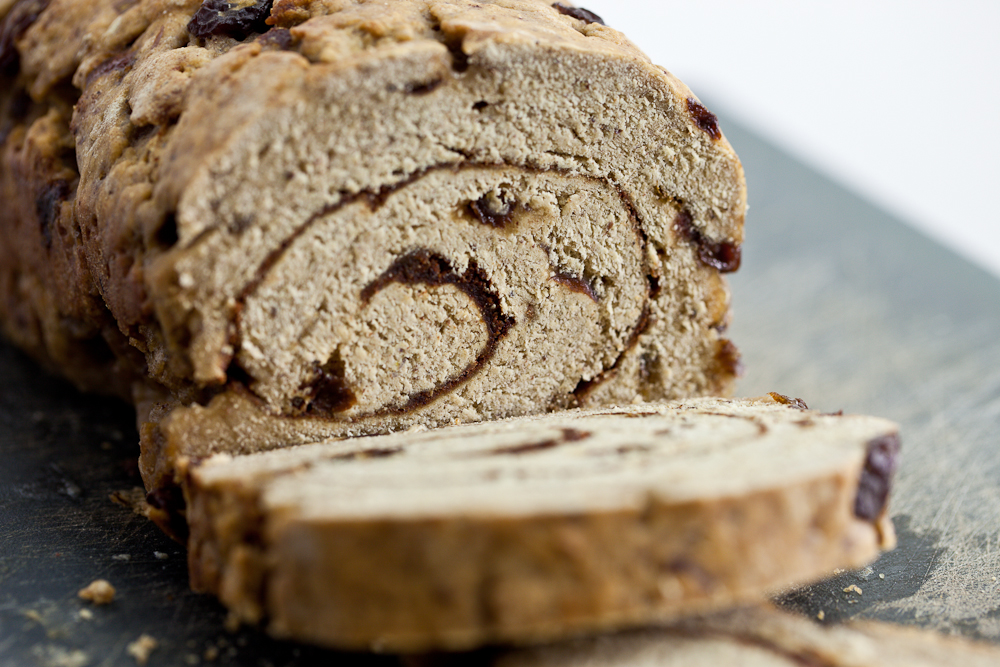 This recipe creates a very dense bread. If you are looking for a light, fluffy piece of gluten-free cinnamon raisin bread, this is not the best recipe for you. Even though it’s dense, it’s delicious and it’s absolutely fantastic in the Baked Apple Cinnamon Raisin French Toast Oatmeal. 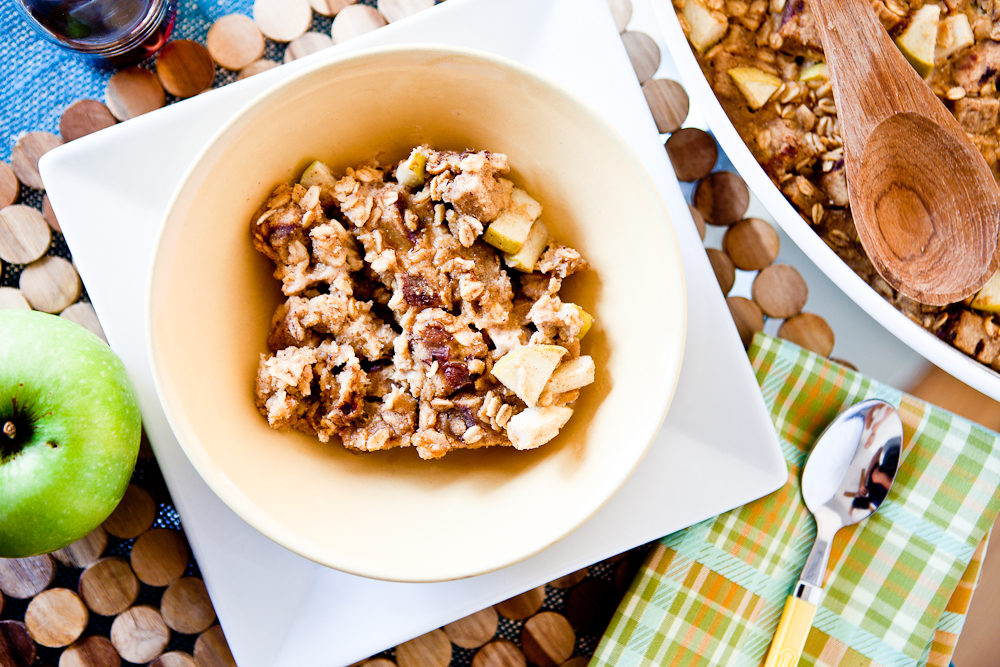 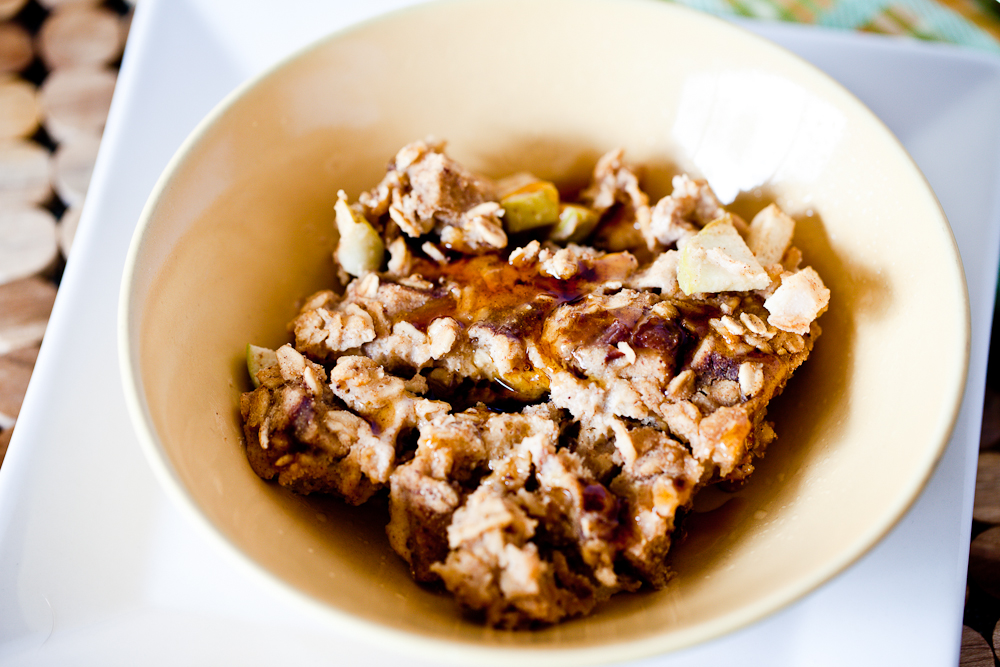 Thank you so much to everyone who supported Keepin' It Kind in the Walk for Farm Animals this last weekend!  We reached our goal of $500 and we couldn't have done it without each and every one of you.  Your kindness has truly overwhelmed me.

***At the time this post was written, Hurricane Sandy had not been announced yet, and I realize that this post might be rather insensitive to those dealing with horrid weather conditions right now.  Please forgive me!***