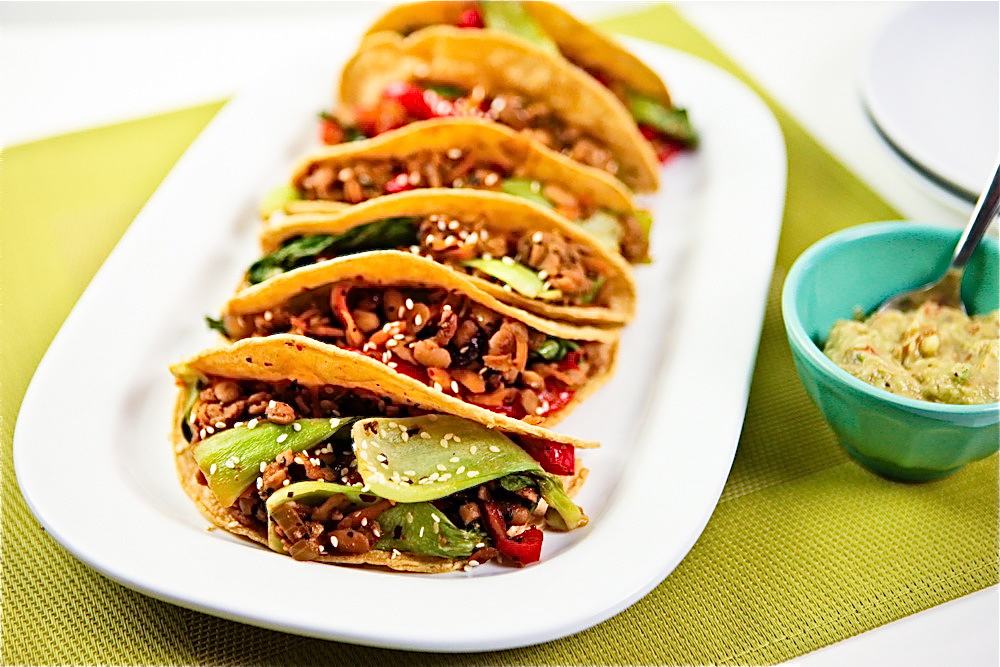 Cinco de Mayo is coming so I wanted to give you a themed recipe to fit the occasion.  Despite the fact that the only thing even remotely "Mexican" about this dish is the fact that they are tacos, the combination of flavors is luring enough to try it.

I recently found this idea on Pinterest for baked taco shells.  I fell in love with this idea because generally I don't care for fried foods and almost always prefer their baked counterparts (baked french fries, baked tortilla chips, baked doughnuts).  I was very excited to try this out.  A couple of days later, my CSA sent me bok choy.  Though I had never had bok choy before (I know, I know, I know- I don't know how that happened), all I knew was that it was generally used in Asian-inspired foods.  Occasionally, I like Vietnamese or Thai food, but generally speaking, it's not something I go for.  I was pretty stumped.  Then I remembered the taco shell idea...

I'm not saying this out of cockiness, but out of honesty: These are probably the best tacos I've ever eaten.  The savoriness of the crumbled tempeh and the slight bitterness of the bok choy are deliciously complimented by the textures of the sesame seeds and crisp corn shells.  The bright colors of the bell pepper and grated carrot make this dish just as visually appealing as it is delectable.  I'm not ashamed to admit that I ate four- yes, you read it right- four tacos (Granted, it was a long run day, so my appetite was up)! 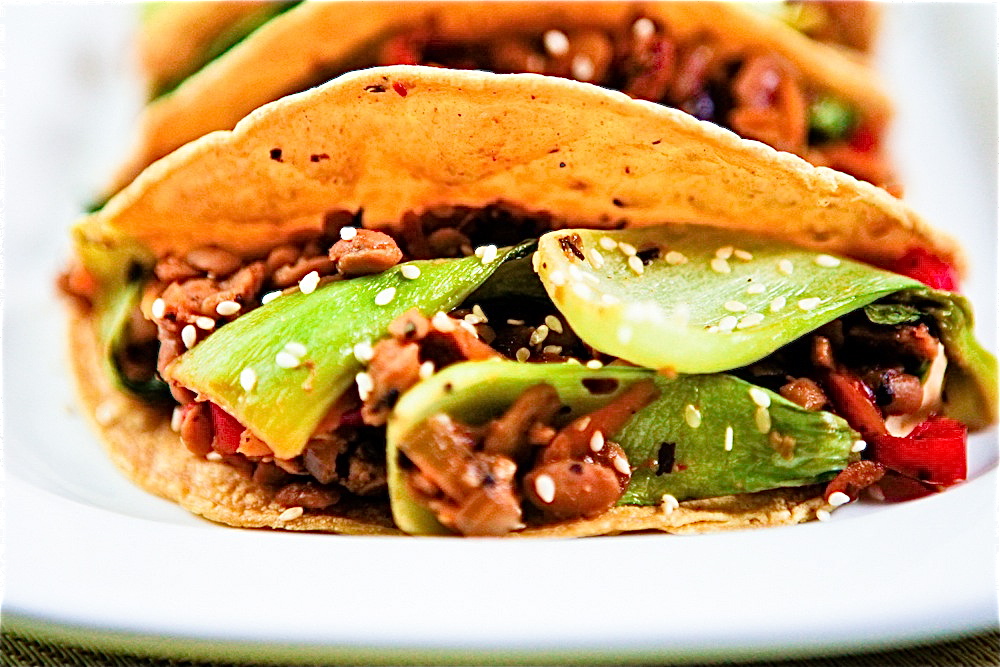 The baked taco shell ideawent over well also.  I do have a recommendation, however:  The directions will have you drape the tortilla over 2 rungs, but I found that this left you with a taco shell that is more "u" shaped than "v" shaped.  After my trial run with the 2-rung taco shells, I couldn't quite figure out how I was supposed to fit my mouth around them (They did, in fact, become our fourth tacos, and I will tell you- there is no classy way to eat a taco of that shape).  I recommend draping the taco shells over 1 rung and removing just after 7 minutes, while they are still just slightly pliable.  Otherwise, it seems as though they would crack and break while you are trying to stuff them. 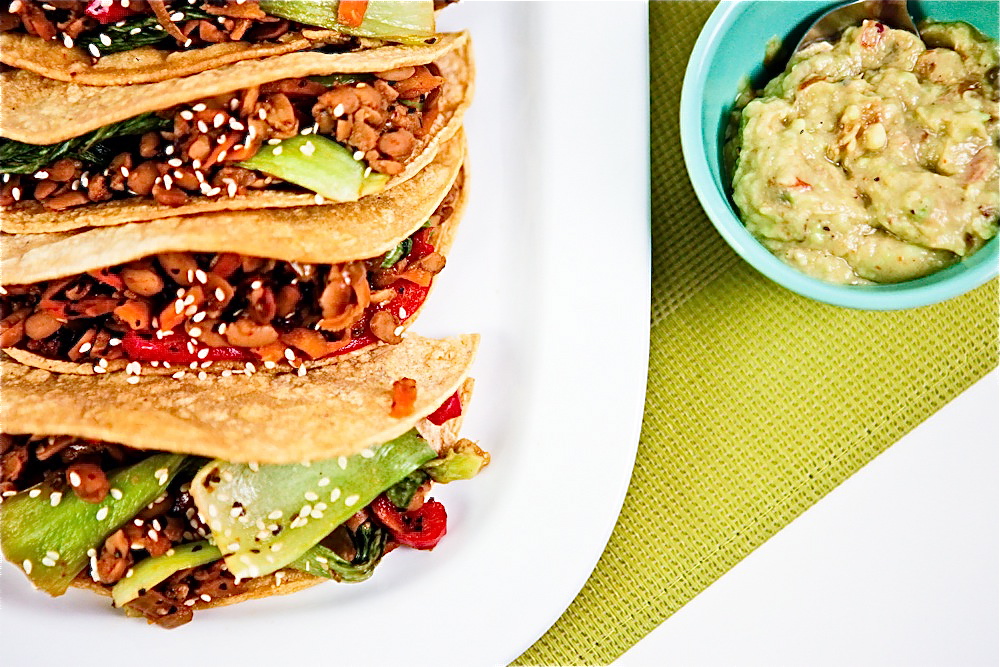 for the rest of the taco: 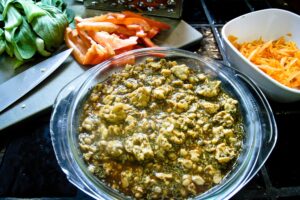 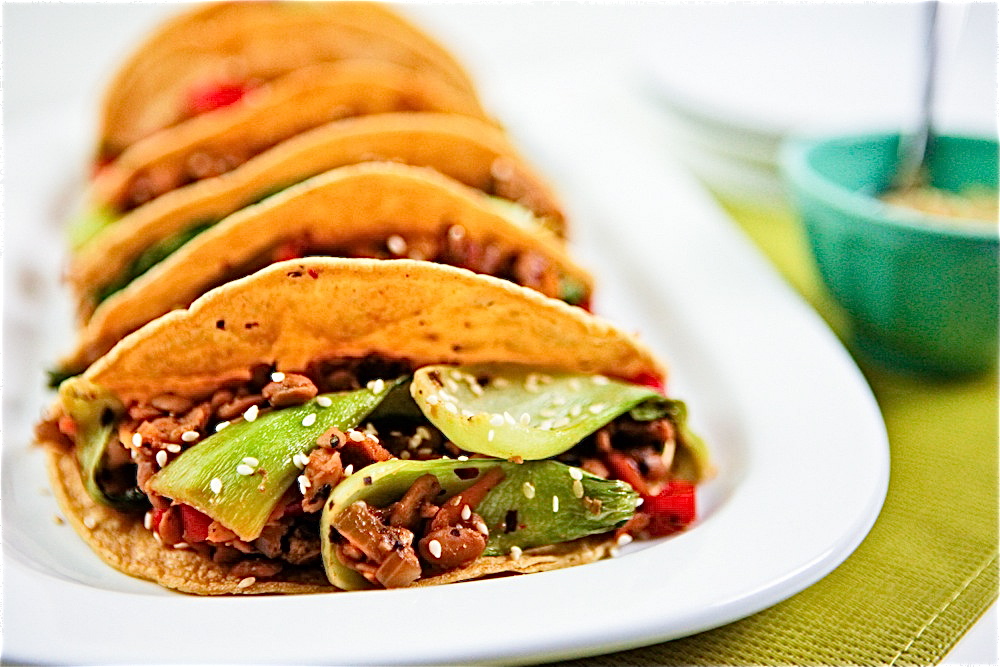 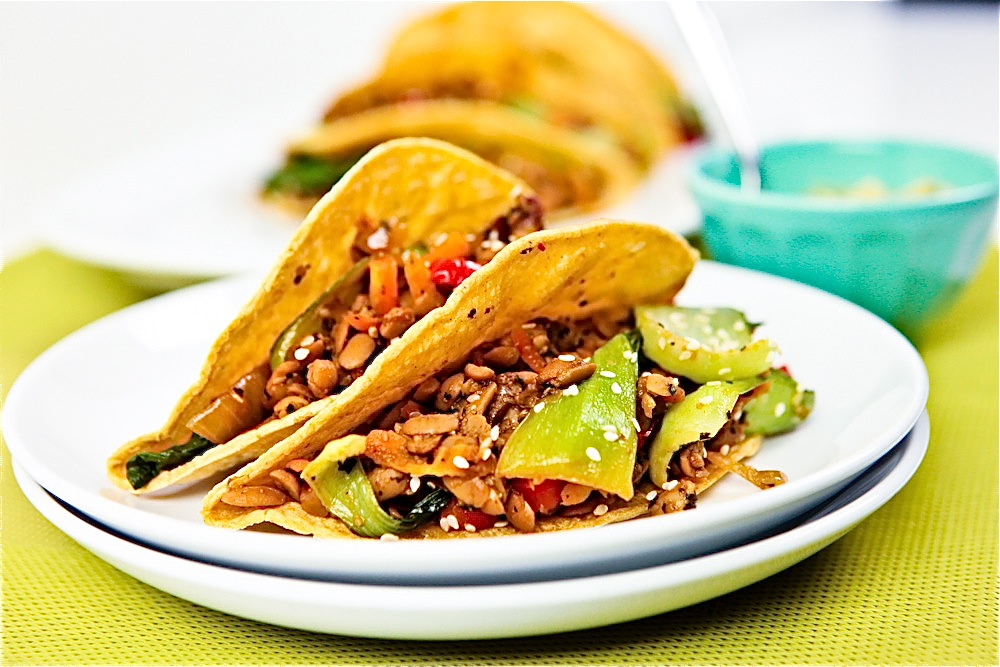 If you are searching for something festive for Cinco de Mayo, I'm sure you will find many recipes that are far more appropriately themed, but I'm going to make the claim that these tacos will be much more tasty.

What are you doing to celebrate Cinco de Mayo?

All Photos by Chris Miller and Kristy Turner