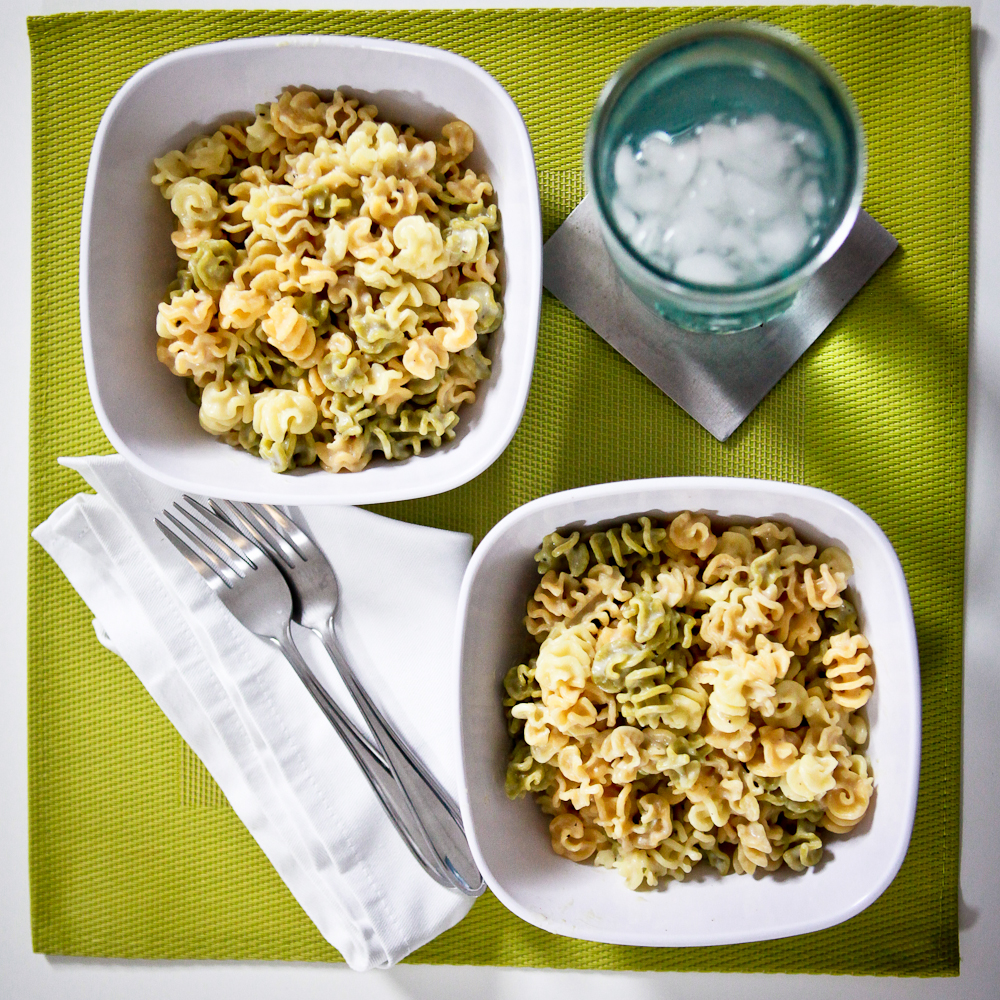 The twins spend every weekend with Chris.  When I first met Chris, we never saw each other on the weekends, because this was his time with his kids.  One Sunday, however, after almost a year of dating, he told me to meet him at Starbucks, and when I got there, he had brought the twins.  He introduced me as his friend and told them he was surprised to have run into me there.  I began hanging with the twins, not as their dad's girlfriend (because as far as they knew, I was just his friend), but as their friend.  We watched movies, played video games, went on bike rides, and soon, they were begging Chris to let me spend the night with them.  So the twins and I would have slumber parties.  These slumber parties were my first look into what Chris would make them for dinner.  It was the same every Saturday: Prepackaged cheese tortellini, heated, and sprayed with I Can't Believe It's Not Butter spray, with a side of microwaved, canned green beans. 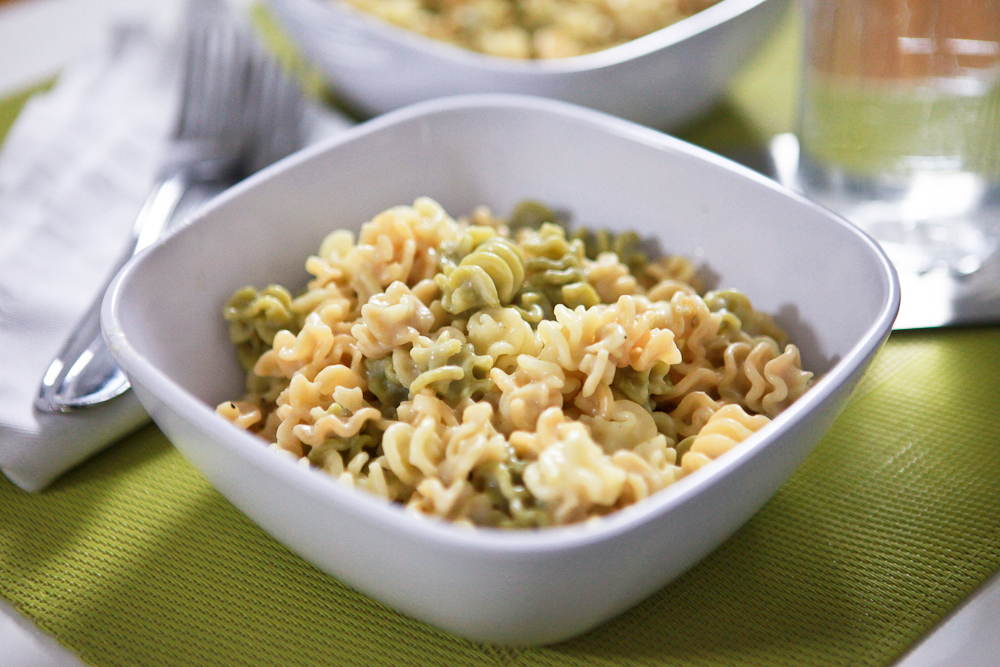 I observed this for awhile, and even helped prepare their ritual dinner, until I tried to switch it up and make it a little healthier.  I tried different things each week: Grilled cheese sandwiches, quesadillas, frozen "chicken" nuggets and corn "dogs," but their favorite remained the tortellini with butter.  As they got older, they began to inform us of other things they had begun to like.  One day, Max informed me that they were really into creamy pasta (pasta with alfredo sauce).  So I started making them a pasta with Trader Joe's alfredo sauce, which became their ultimate favorite weekend dinner. 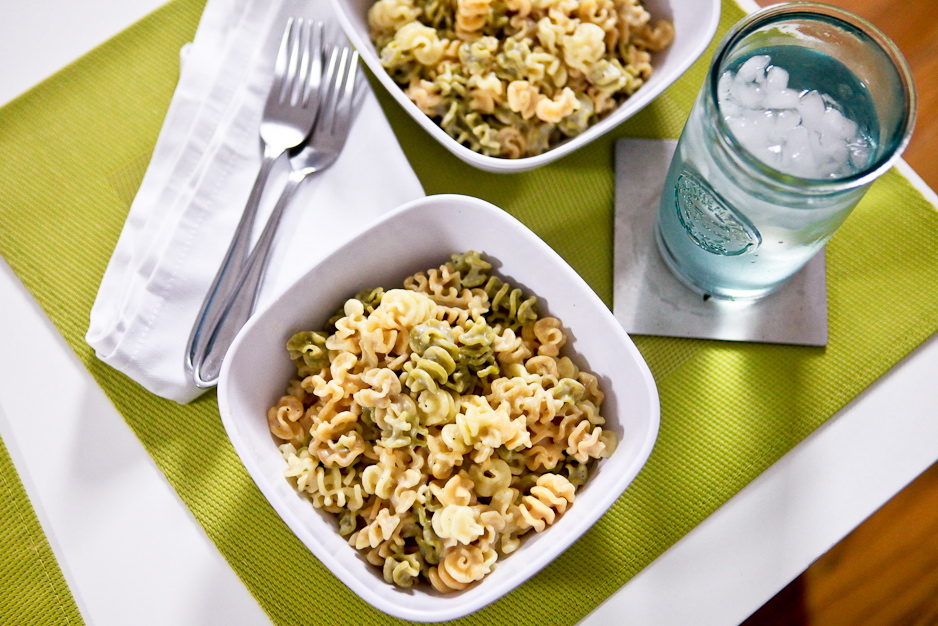 When we became vegan, one of the first things I had to veganize was their favorite dinner.  There has been several variations (none of which were an actual vegan alfredo sauce, just creamy sauces to go on their pasta), but this is the version that went over the best.  I discussed recently Sophia's decision to learn to cook so she could be vegan during the week as well, so it seemed pretty appropriate that I teach her their favorite pasta.  She was quite surprised at how easy it was to do, and I loved watching her whisk the creamy sauce as it thickened.  Sophia was also pleased to learn that she could make a big batch of this and eat the leftovers over the course of a few days, or freeze some for later. 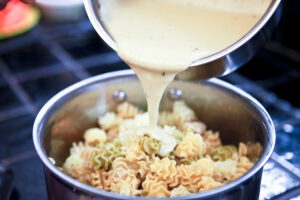 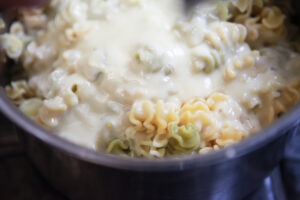 I'm not sure if it was my cooking or if it was staying up until 1 in the morning the night before Easter to see if we could spot the Easter Bunny, but after a couple months of our slumber parties, the twins told Chris that he should probably make me his girlfriend.  He was more than happy to oblige. 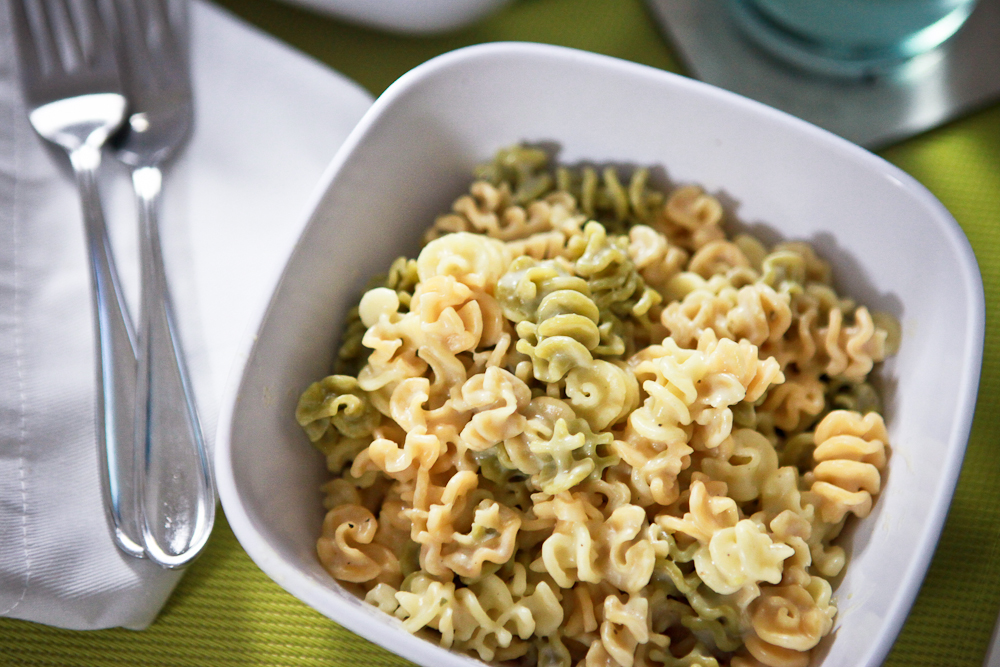 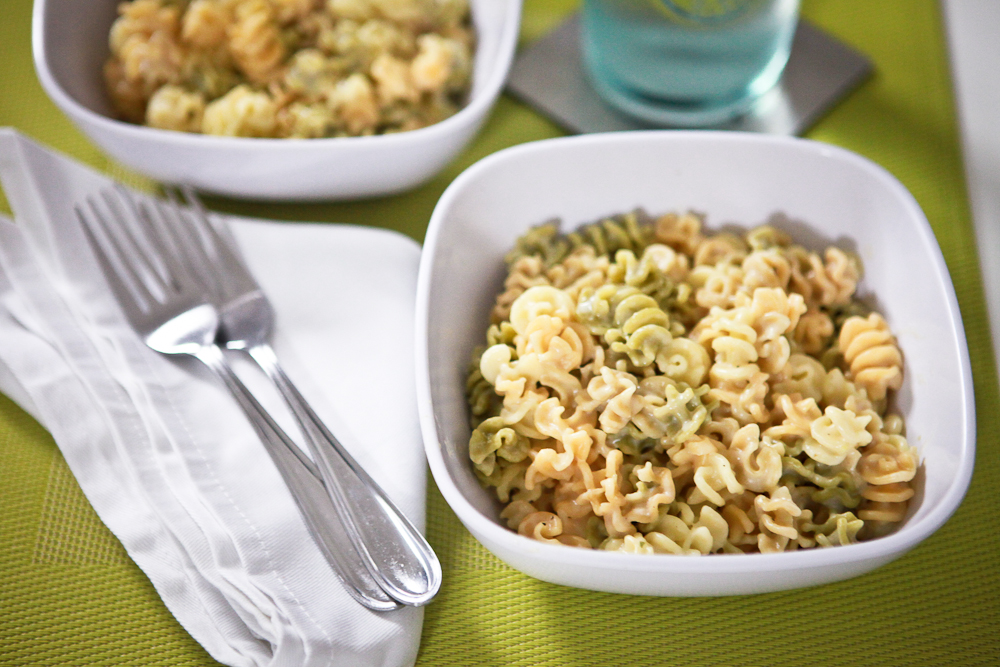