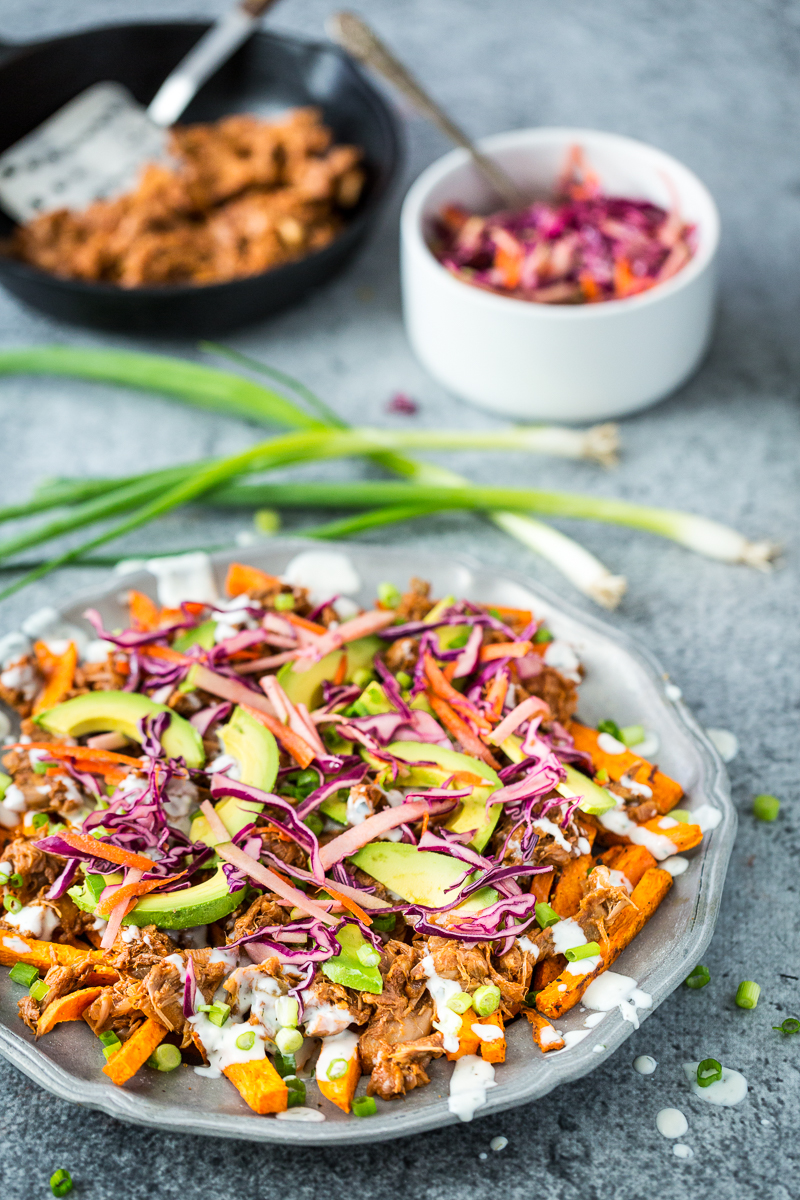 Get ready for the party. 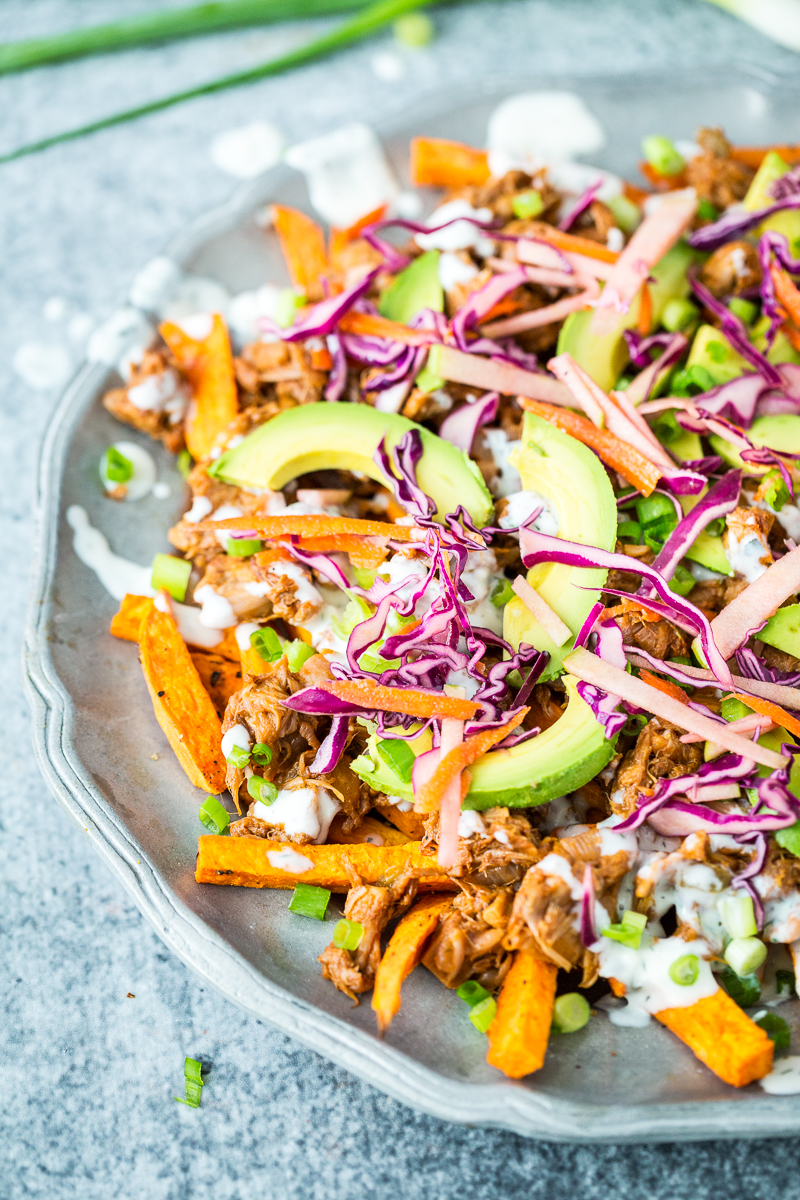 And by "party" I mean the one that's about to happen in your mouth (Minds out of the gutters, people!). 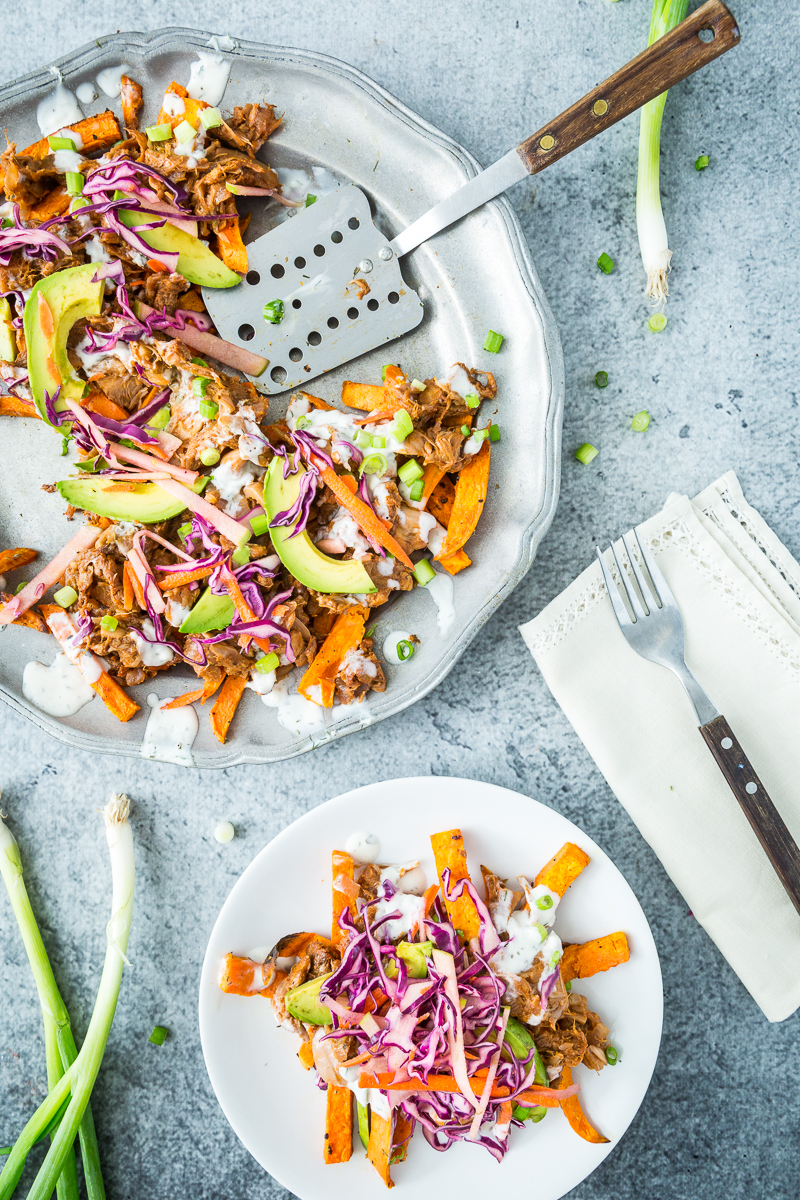 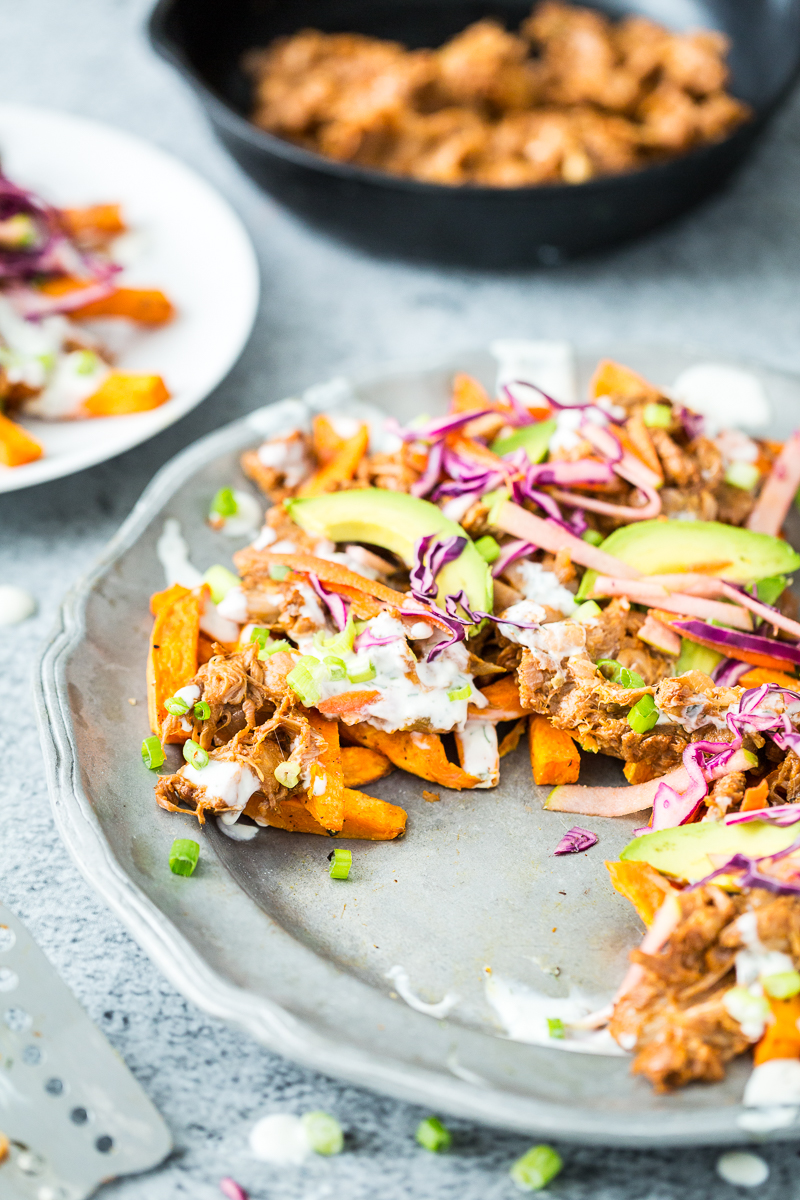 You know how sometimes you can have two best friends and you think they're both just the awesomest. You think the only thing that could be better is if these two friends met and became good friends themselves but then the total opposite happens and they kind of despise one another? That's absolutely NOT the case here. You may or may not be surprised to learn that sweet potato fries and tangy slaw get on quite well, those two. Especially when their mutual BFF, BBQ jackfruit is in the picture. Then it becomes, you guessed it, a crazy delicious mouth party (CDMP). 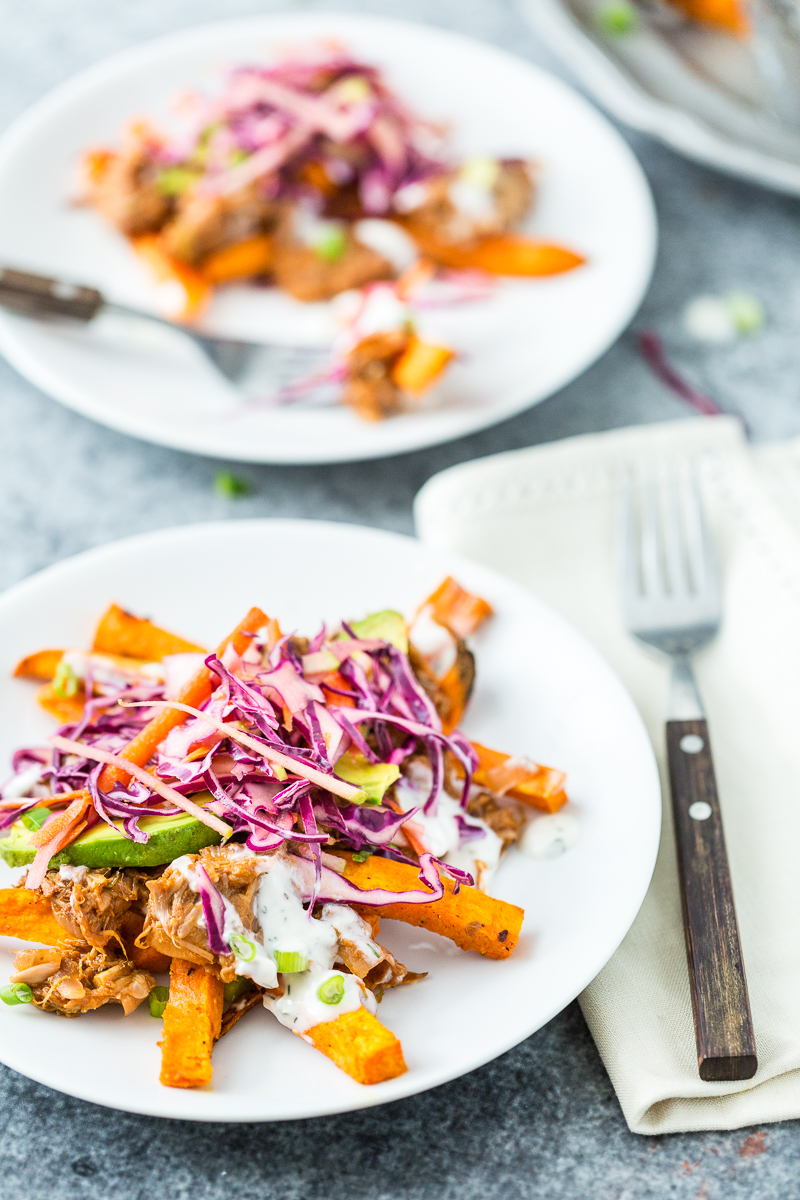 Long-time readers may remember that about this time last year, I shared the recipe for my BBQ Bowl which included something BBQ-y, sweet potatoes, and zesty ranch dressing. Obviously, this time of year, this combo is my jam. This dish, this CDMP, contains several of the same elements. It starts with a big ol' pile of oven-baked sweet potato fries, topped with BBQ jackfruit (made with Jalapeño Plum BBQ Sauce), avocado slices, green onions, a generous drizzle of zesty ranch dressing, and a bounty of tangy red cabbage and apple slaw. 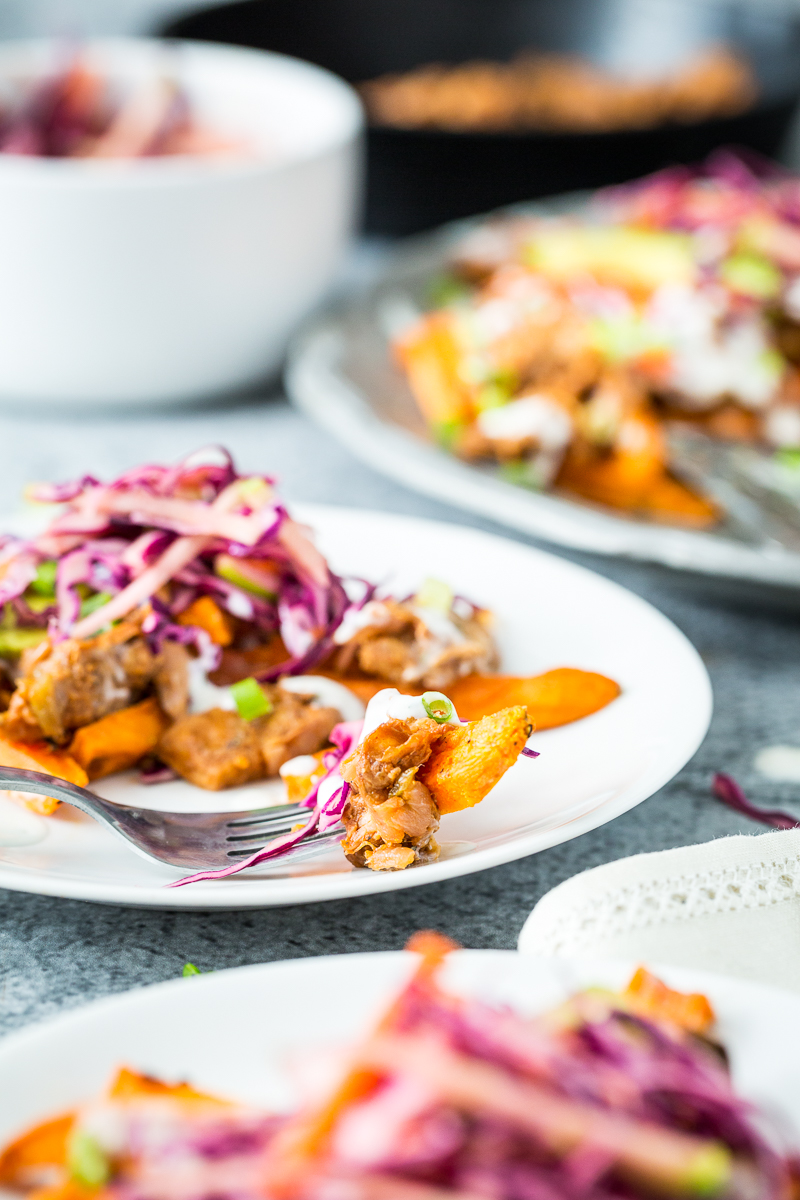 If I was going to get scientific about it, I would say that the sweetness of the sweet potato accentuates the sweetness of the BBQ sauce while the tartness of the slaw brings out the sauce's tanginess. The creaminess of the ranch and avocado provide a perfect balance so that your tastebuds aren't overwhelmed with the rich, delectable flavor. But you didn't come here for science talk. All you need to know that these loaded sweet potato fries are incredible and sure to be one that you'll make time and time again. At least, I know I will. I love a good CDMP. 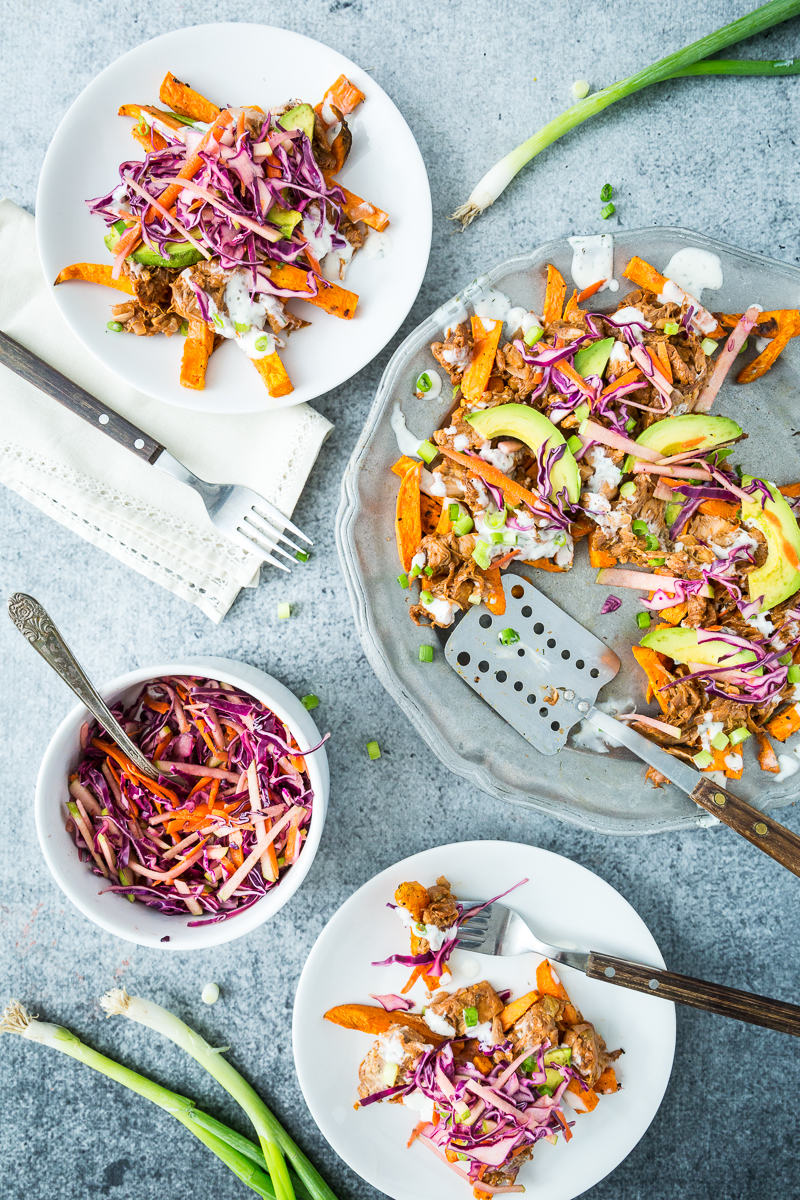 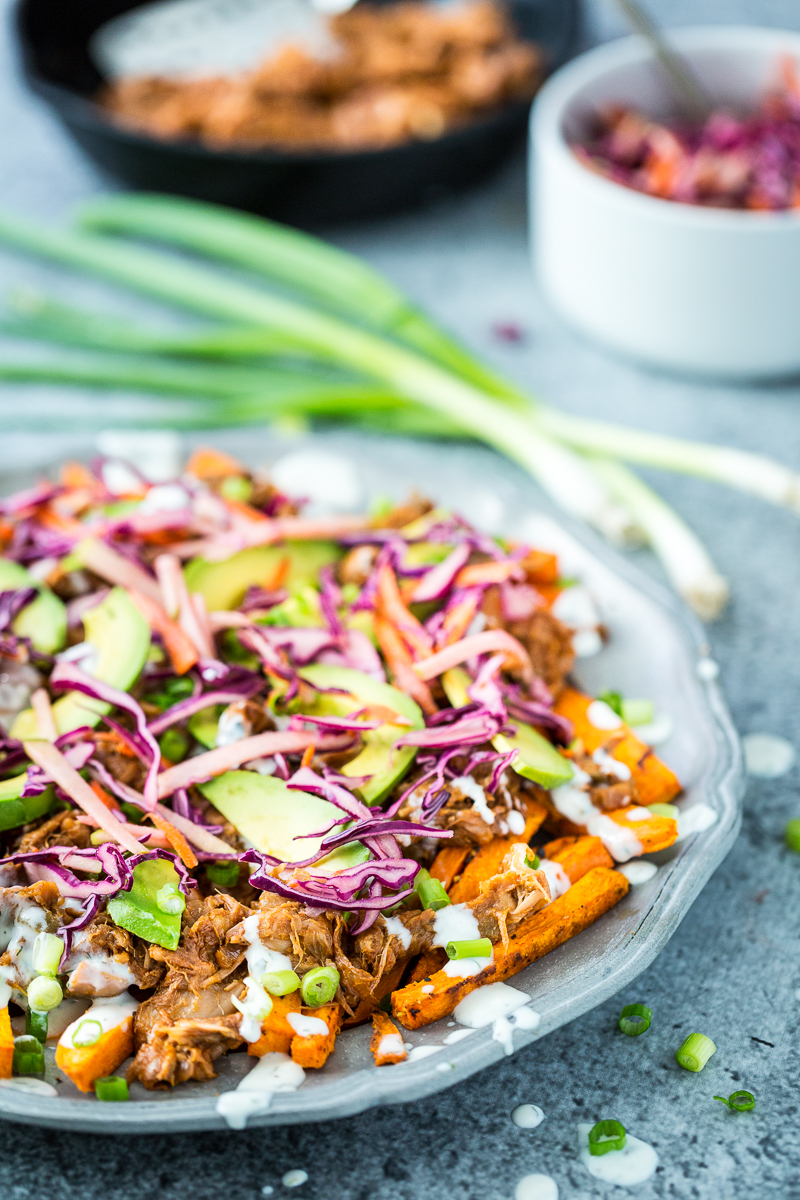 By baking fries on the top rack, it lets them get fully cooked on the inside but being farther from the heat, it allows them to get a crisper outside. 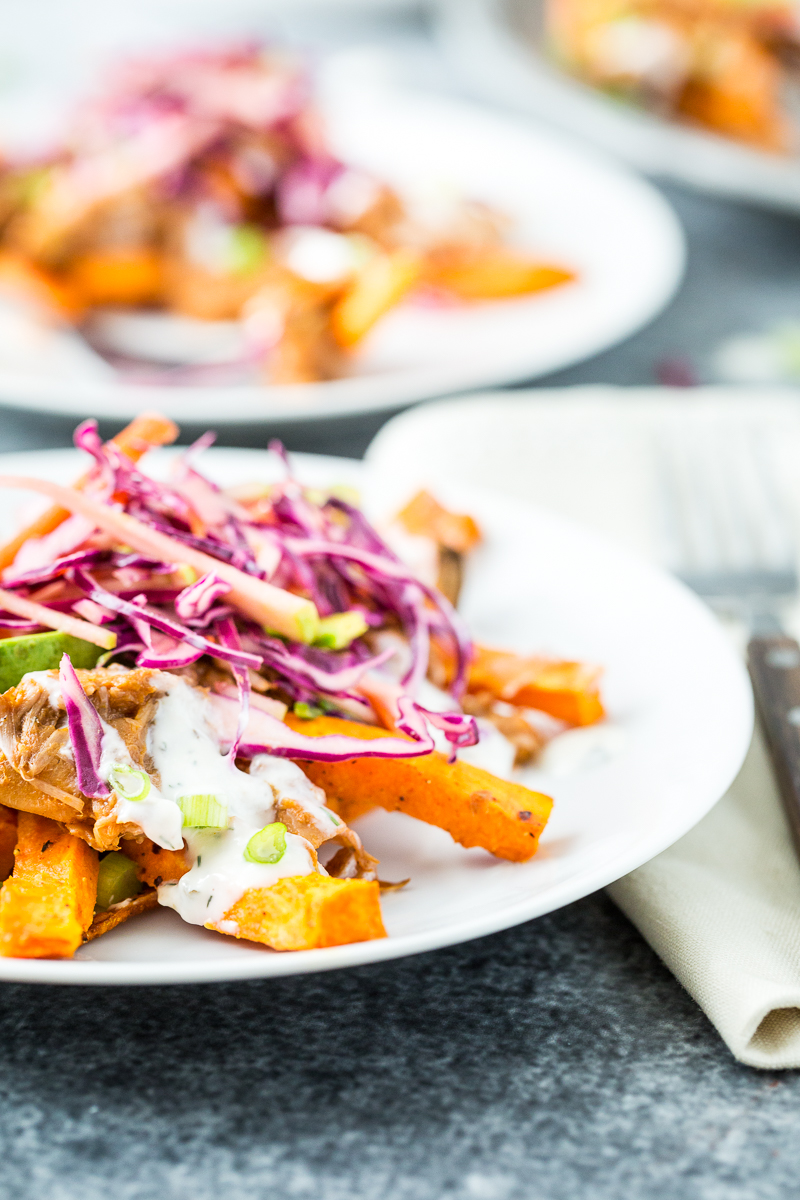 What are your favorite FOOD BFFs? (Examples: Chocolate and peanut butter, sweet potatoes and BBQ, caramel and apples...)