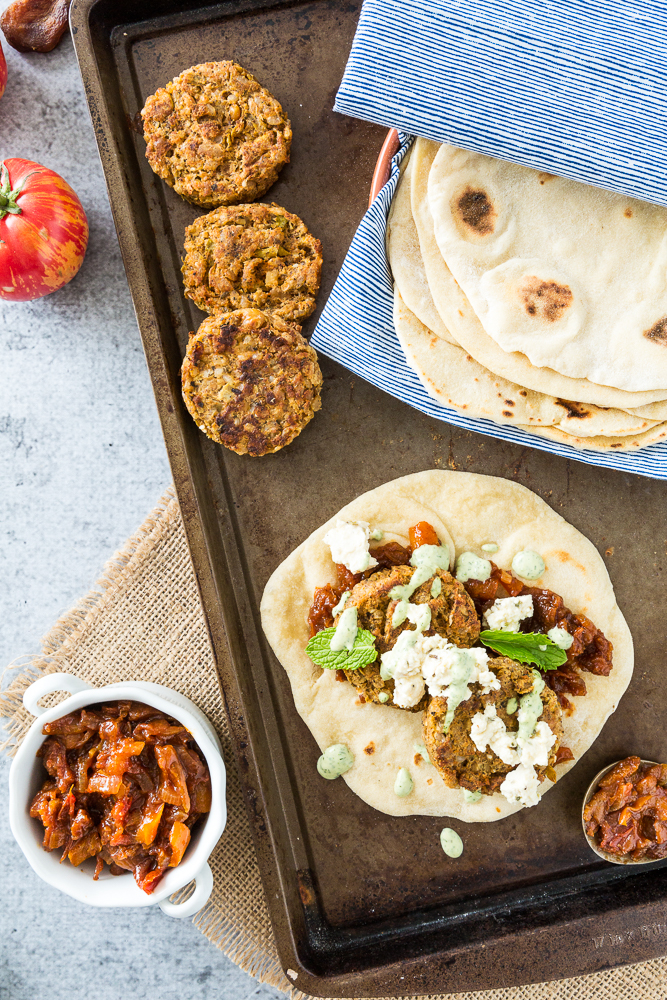 Before I became vegan, I was able to organize all of my spices in a neat row on one of my cabinet shelves. 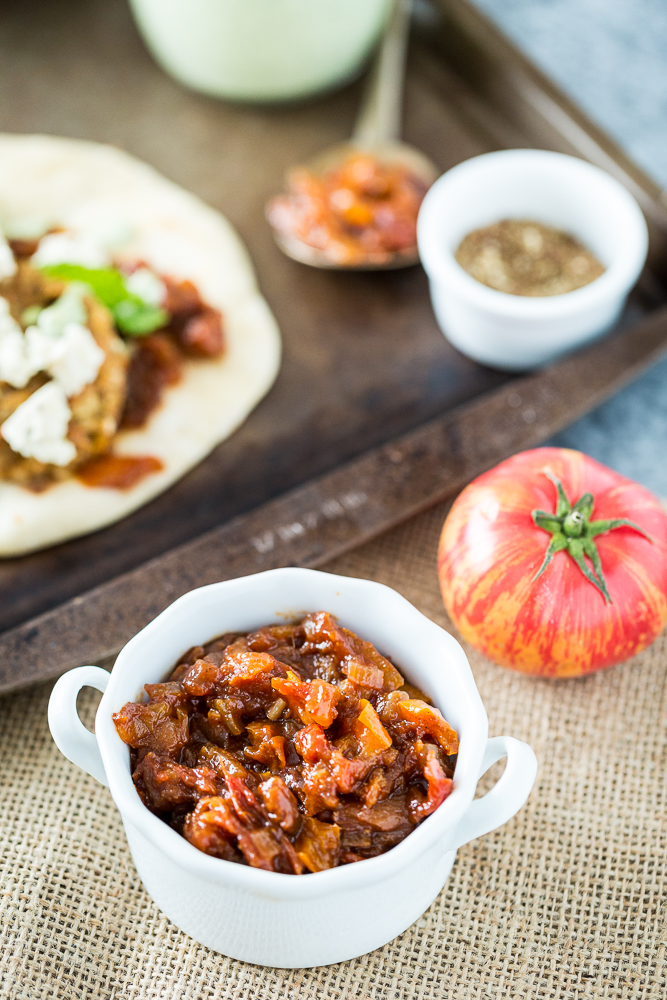 After I became vegan, I became much more open to trying new flavors and much more experimental with the types of ingredients I used. This new, curious "kitchen scientist" side of me led to me needing to transfer all of my herbs and spices to a drawer. And then that kind of overflowed into cute little jars I keep on my counter. And into little bags in my pantry cupboard. It's a mess, but it's my (semi-organized) mess. 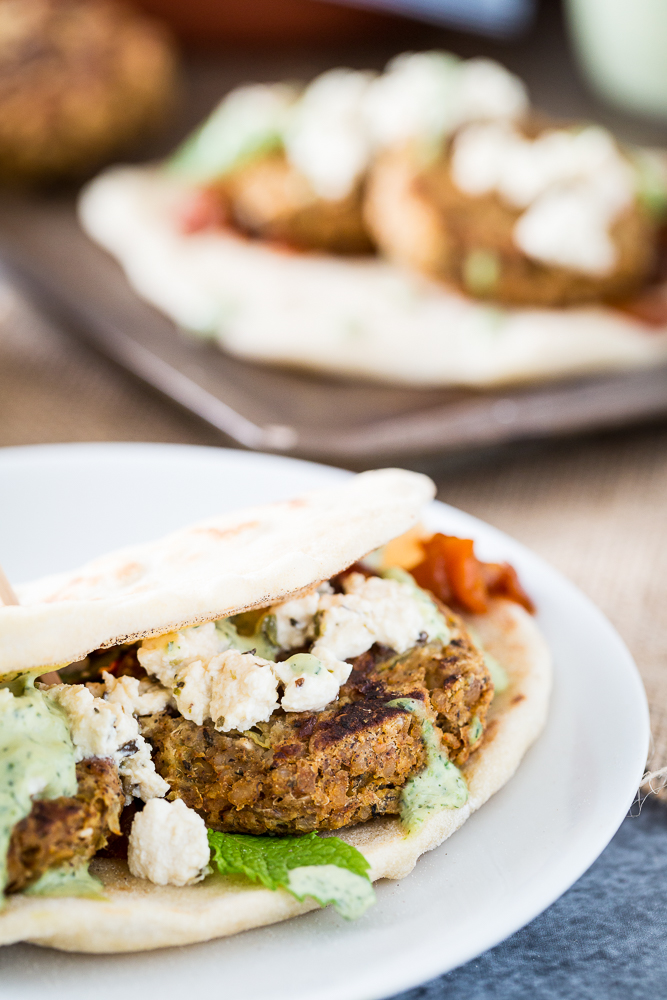 About a month ago, my curiosity led me to purchasing some Za'atar. Part of the draw was that it started with the letter 'Z' (I'm easily entertained) but it was mostly because I'd been hearing so much about this spice blend the last couple of years. Za'atar is a middle-eastern seasoning consisting of dried thyme, marjoram, savory, sumac, and toasted sesame seeds (some blends also include salt). I've been trying a little here and little there but a recent experiment was such a home-run that I had to share it with you. 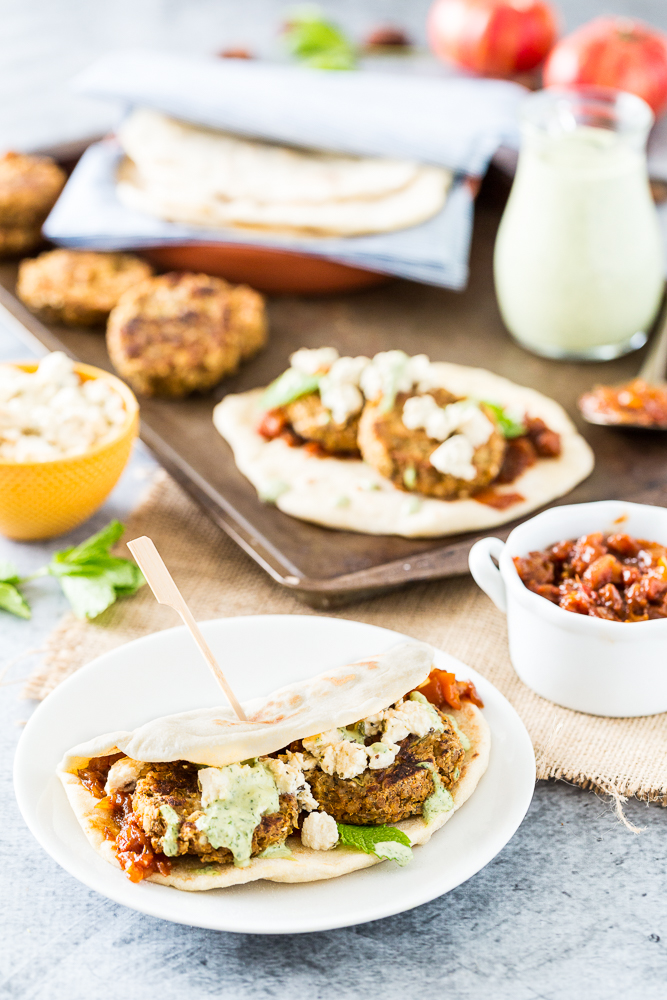 Awhile back, I introduced you to my Filet o' Chickpea Sandwiches. These sandwiches were a huge hit in our house and apparently, by the number of you guys who've made them yourselves, I'd say that they were a hit with my readers as well. Fueled by Za'atar fever, I decided to make Za'atar chickpea burgers, using the recipe for the filets as the foundation. These burgers have a beautiful, layered middle-eastern flavor (think: sophisticated falafel) and were also a huge hit over here.

These little middle-eastern burgers weren't going to do with the traditional burger fixings. No ketchup, lettuce, cheese, and a bun for these guys. First, they needed a delectable spread to go with them- something tangy and slightly sweet. That's where this incredible heirloom tomato and apricot chutney comes in. Heirloom tomatoes, dried apricots, bell pepper, and sweet onion are simmered with coconut sugar and apple cider vinegar until they form a thick, chunky, vibrantly-flavored chutney that pairs beautifully with these burgers. I have to admit, though, I consumed several pieces of flatbread slathered only with this fantastic spread. When I ran out, I actually used a spoon to clear every last drop from the jar before washing it. Once you start with this chutney, you can't stop. 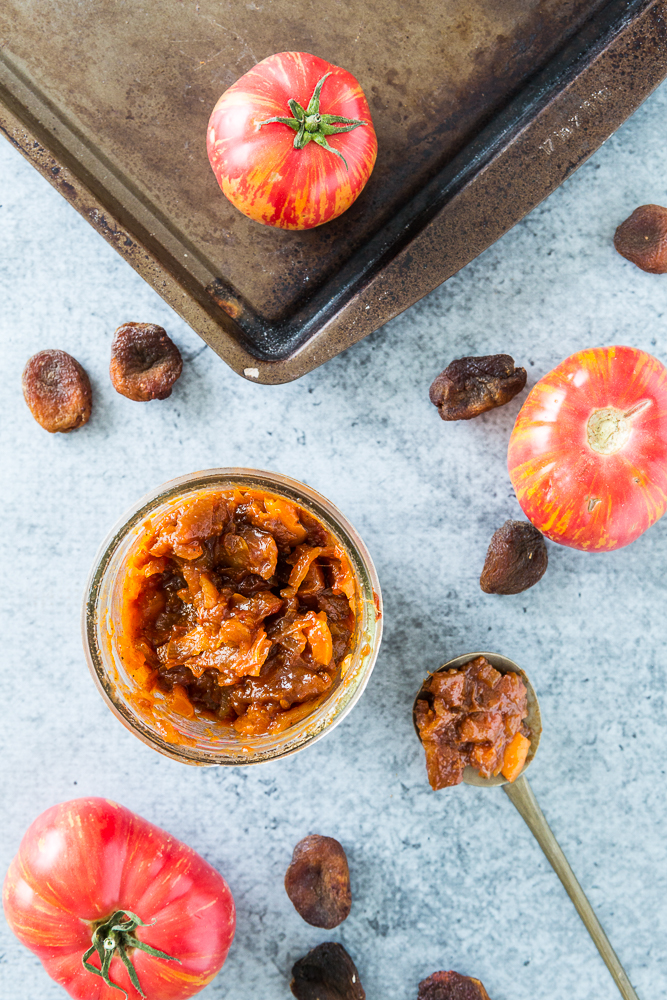 Traditional burger buns would work for these burgers, but they wouldn't do them justice. That's why wrapping little slider-sized patties in easy, homemade, yeast-free flatbread are a must. And because burgers are almost always better with cheese, tofu feta is also a must. A drizzle of a simple tahini herb dressing ties this sandwich together, turning it into a handheld middle-eastern/mediterranean/moroccan flavor bomb. 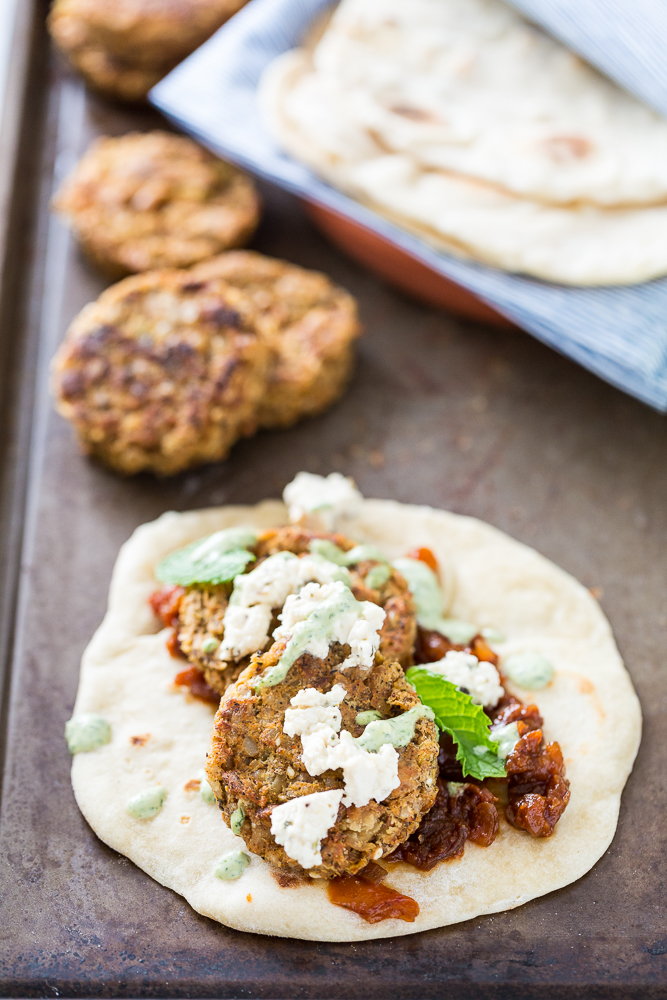 If you haven't added Za'atar to your spice rack yet, I suggest you get on it. You're going to be making these za'atar chickpea burgers a lot! 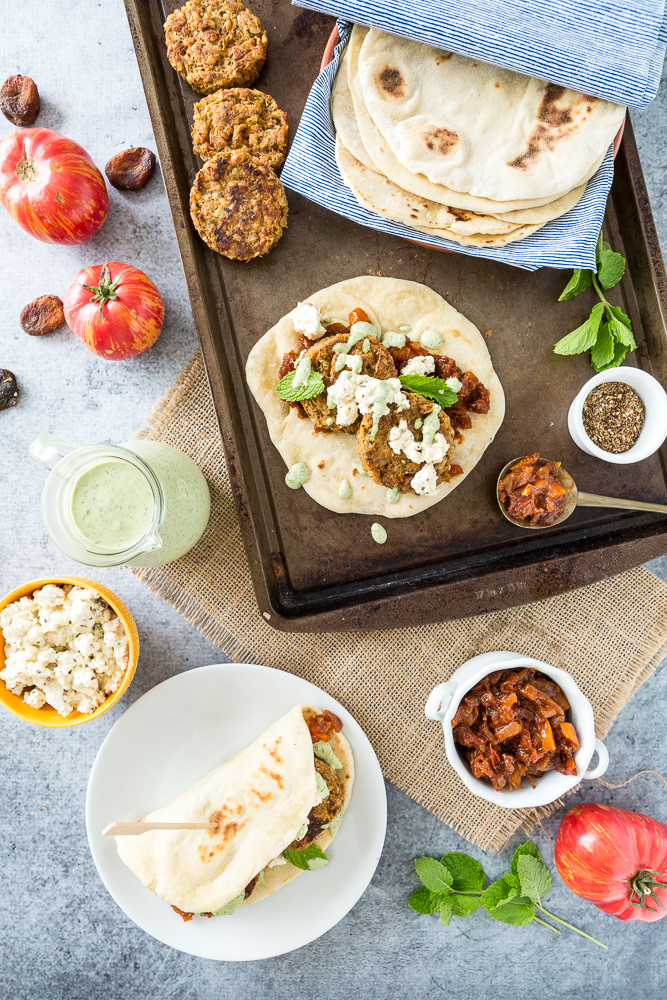 If you are serving this dish with other side dishes, 1 sandwich per person (serving 6 to 8 people) will suffice. If you are only serving these sandwiches, you may consider giving each person 2 (serving only 3 to 4).

If you want to skip the frying portion, you can put the patties straight into the oven and bake them for about 20 minutes or until firm, flipping once halfway through to ensure even cooking. 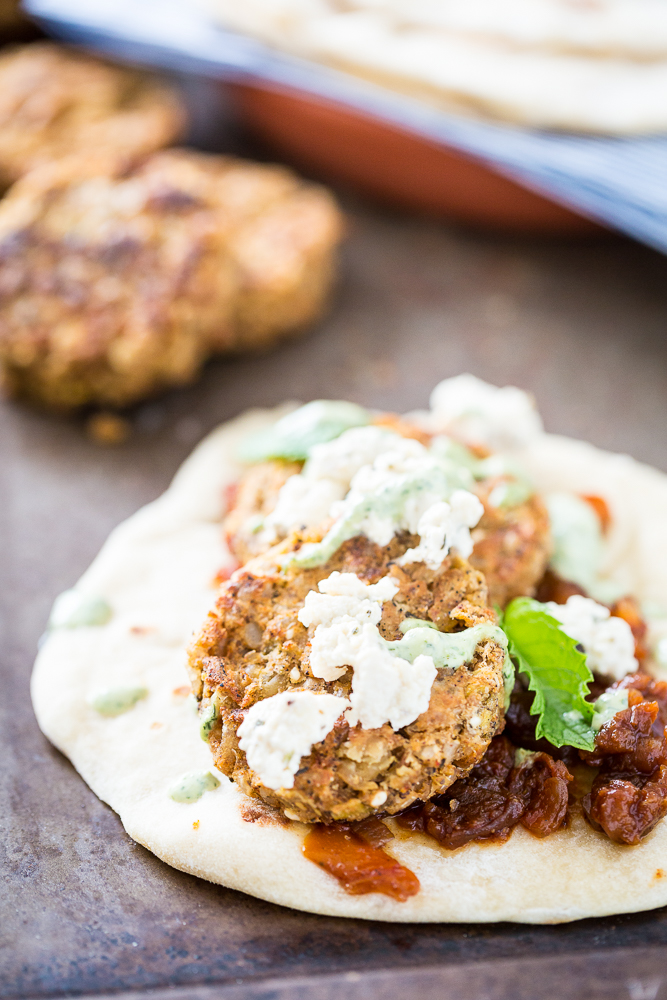 What herb or spice can you not live without?