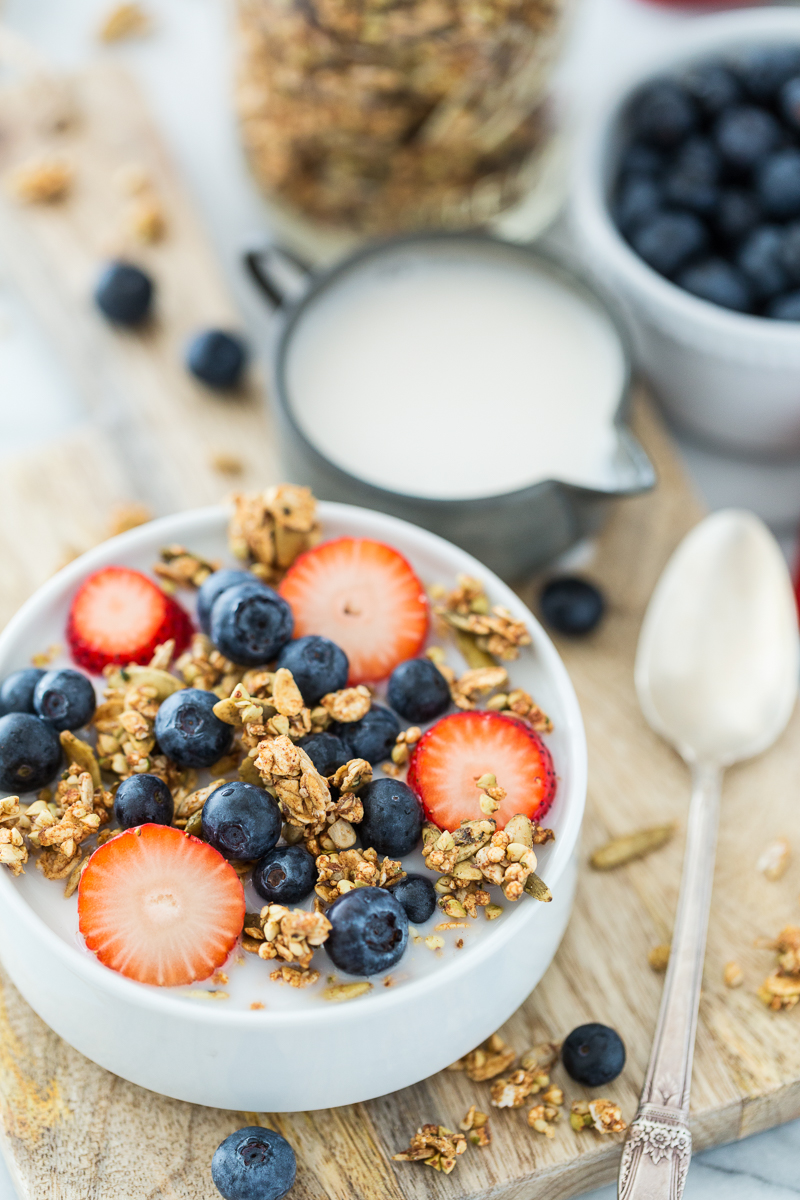 So, I have a bit of news for you: I have another book signing/event coming up! Yay! I'll be appearing at BookPeople in Austin, Texas on May 28th. I'll be doing an "In Conversation" (which, from what I understand, sounds a lot like "Inside The Actor's Studio") with Julie Wernersbach, a Q&A with the audience (you guys), and signing books. I might even bring cookies (depending on how my AirBnB's oven works). I would sooooooooooo love to see you there! Here are the deets:

Other news: I'm done with my day job for now so the last couple weeks, I've been, to use one of my dad's favorite phrases, farting around the house, trying to finish up odd projects, catch up on recipe development for the blog, while also working on a couple other projects. 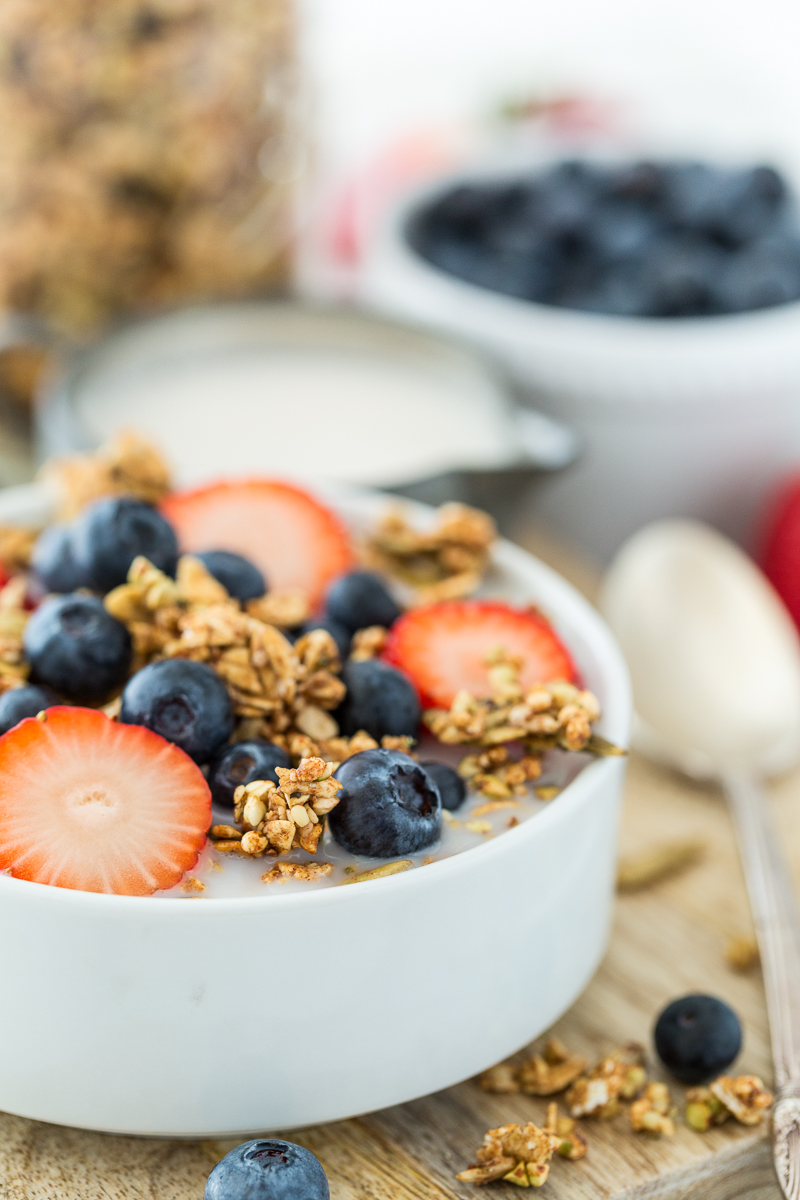 We're in the middle of remodeling our office to make it more of a separate workplace (complete with prop storage) for me while providing Chris with efficient studio space (do you remember that one episode of Friends where Ross plays with his synthesizer/keyboard? Well, Chris is just like that except that he has, like, 8 keyboards [and this is not counting his drum machines and equalizers and other stuff] but he does play infinitely cooler music.). We attempted this a couple years ago but as my prop collection grew, so did Chris's studio and now I can barely walk in there without having a clutter-induced anxiety meltdown. Needless to say, I'm really excited for this to be done. I'll give you a tour when it is. 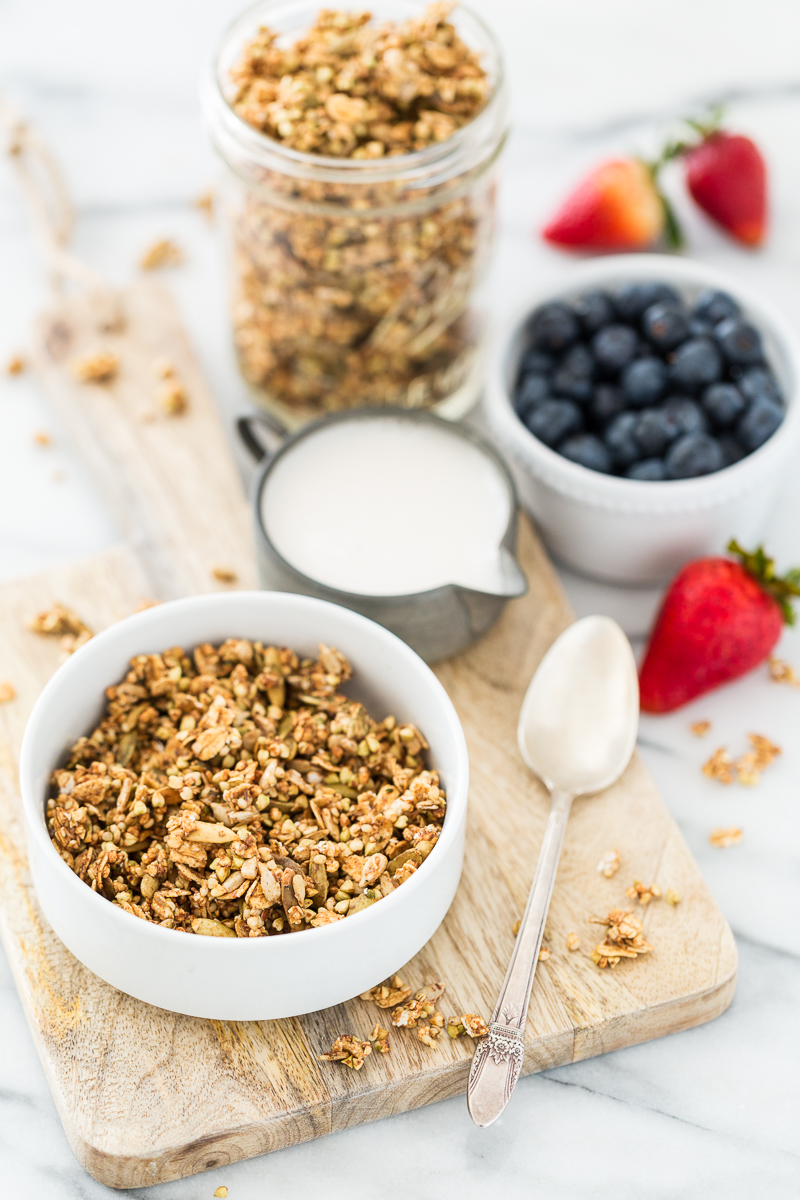 So, in order to prepare for this massive overhaul, I've been organizing like a mad woman. I have a huge storage box that has been in the top of the closet in the office, just filled with pictures from my childhood, middle school, highschool, and my early twenties (back when you still got rolls of film developed). Also, back in middle school and high school, I covered my bedroom walls with pictures, magazine cut-outs, ticket stubs, and other memorabilia. When I moved out, I transferred everything from the walls to those old-school, large construction paper books. So I have those in there too. It's kind of been this thing I've been pretending wasn't there because I didn't want to deal with it, but now I've faced it head on. Chris keeps accusing me of scrapbooking but I swear, they're photo albums. I'm the least crafty person I know. There's no collages (except for the pages of stuff from my walls), no cutesy crap. Just pictures and text explaining what certain pictures are. So I guess it's a little more involved than making a photo album. I'm calling it "Minimalist Scrapbooking." 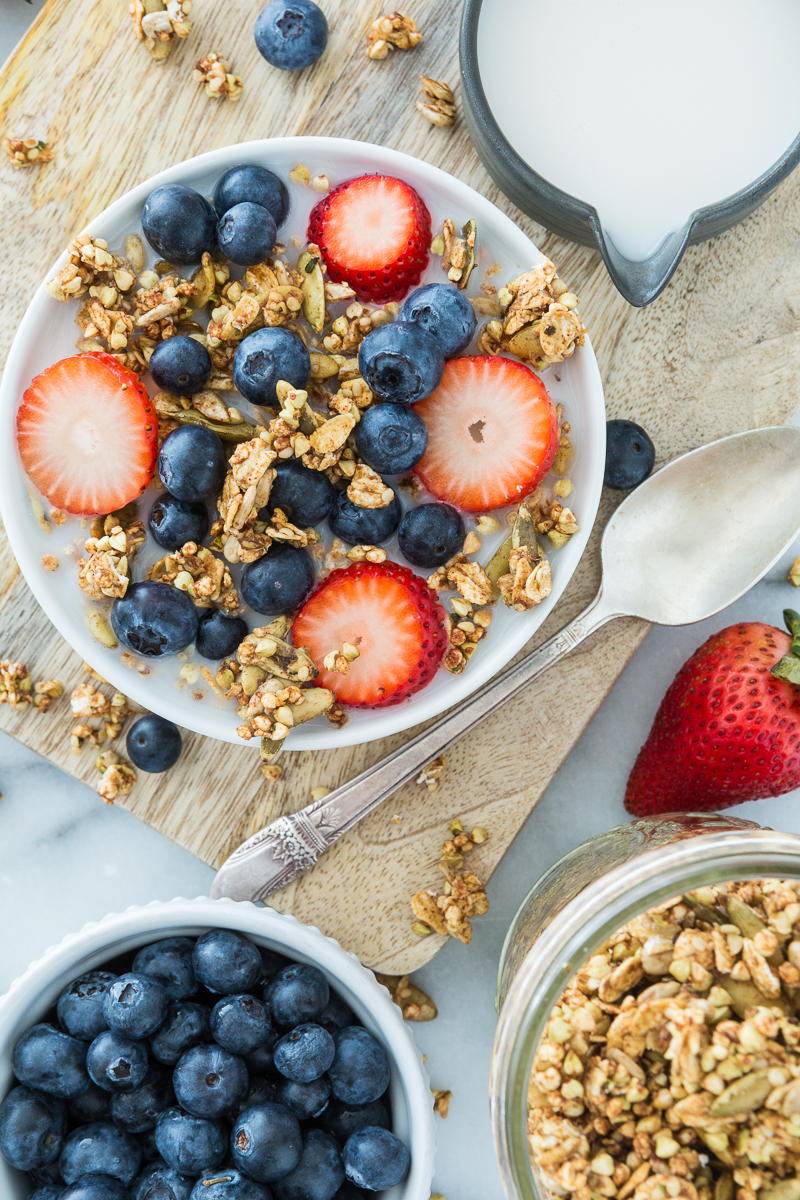 My Minimalist Scrapbooking has been a great exercise for me, though, because it has made me revisit some of my most favorite memories, like riding the four-wheeler at my grandparent's house with my cousins, as well as some I forgot, like that one girl scout camping trip when it rained overnight and our tent slid down the hill and us three girls woke up in a pile of wet sleeping bags. It's reminded me of how much I adore my baby brother, Jacob (seriously, THE cutest little boy ever!), how dear those four girls I grew up with (Andrea, Heather, Mandy, and Karen) are to me, the fact that I had a crush on Rider Strong (of Boy Meets World), and that there were 3 separate times in my life that I've unsuccessfully attempted bangs. 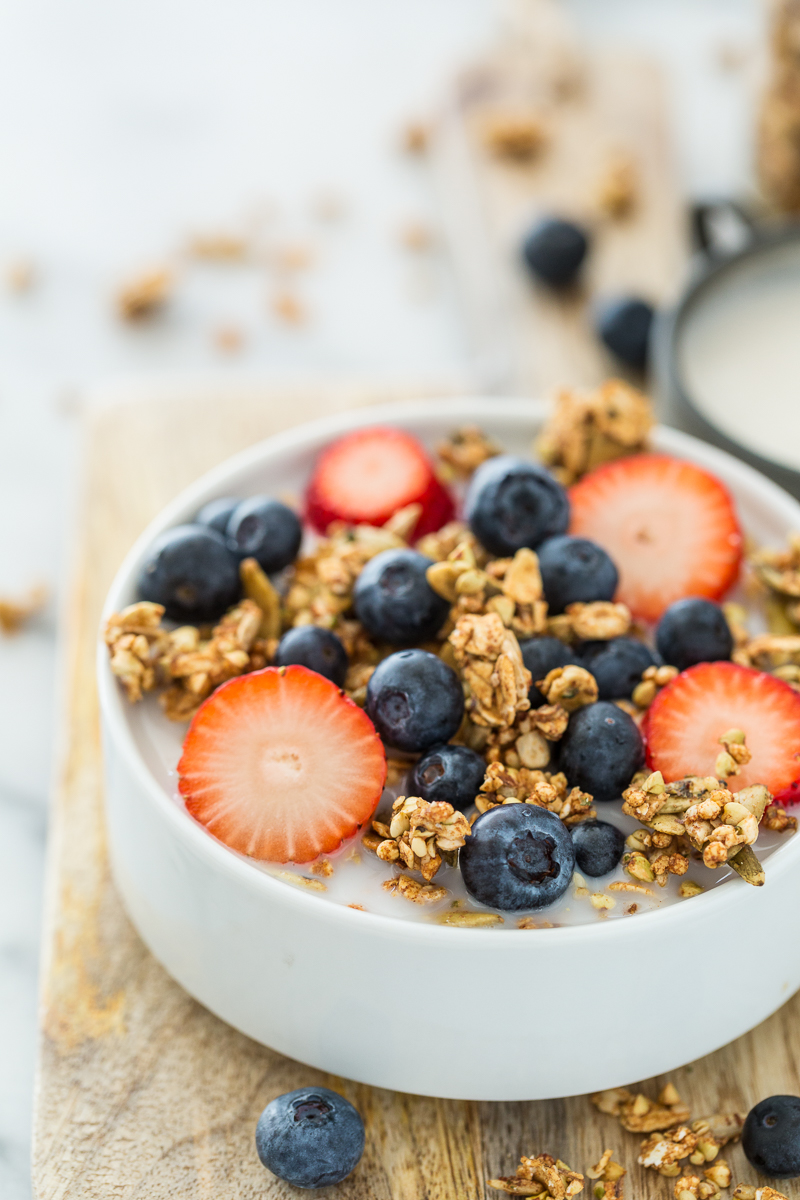 Another thing this activity has made me realize that for every event, every memory that I have pictures of, there are at least ten others that went un-photographed. Where are the pictures of me with a cast on my arm from when I broke it jumping/falling off my bunk bed? Where are the pictures of Andrea and I doing our lip syncing performance of Billy Joel's Uptown Girl, using her parent's sofa bed as a stage? Where are the pictures of those summer mornings before my mom woke up, where Jake and I would eat cereal on the living room floor while watching The Wizard? We would bring out a box our favorite cereal and a bowl of milk (each) because I liked to add the cereal a little at a time so that it would take longer for the milk to get sugary sweet (gross) and every bite would be crisp and crunchy. 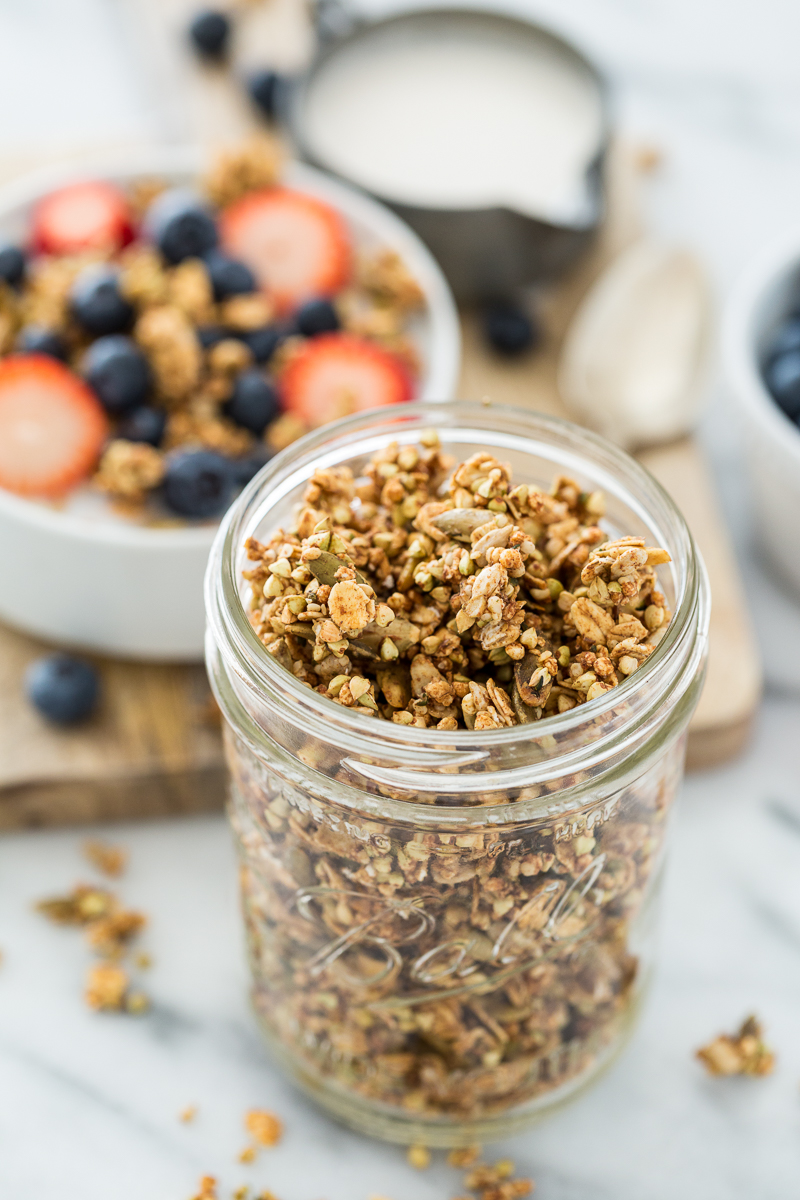 It may've been all this strolling down memory lane that triggered a craving for some really crunchy buckwheat granola. Every bite of this granola is packed with major crunch factor from the buckwheat groats and a load of seeds (pumpkin, sunflower, and hemp). Since I don't like my cereal to be particularly sweet, it's sweetened and held into crisp, little clusters by dates. The coconut oil also helps makes those clusters of this buckwheat granola extra crunchy. It's a simple, light, and ultra crunchy granola (did I mention that it's crunchy?) that goes perfectly with a little bit of ice cold almond milk, adorning the top of a smoothie bowl, or even just by the handful as a snack while you're Minimalist Scrapbooking. 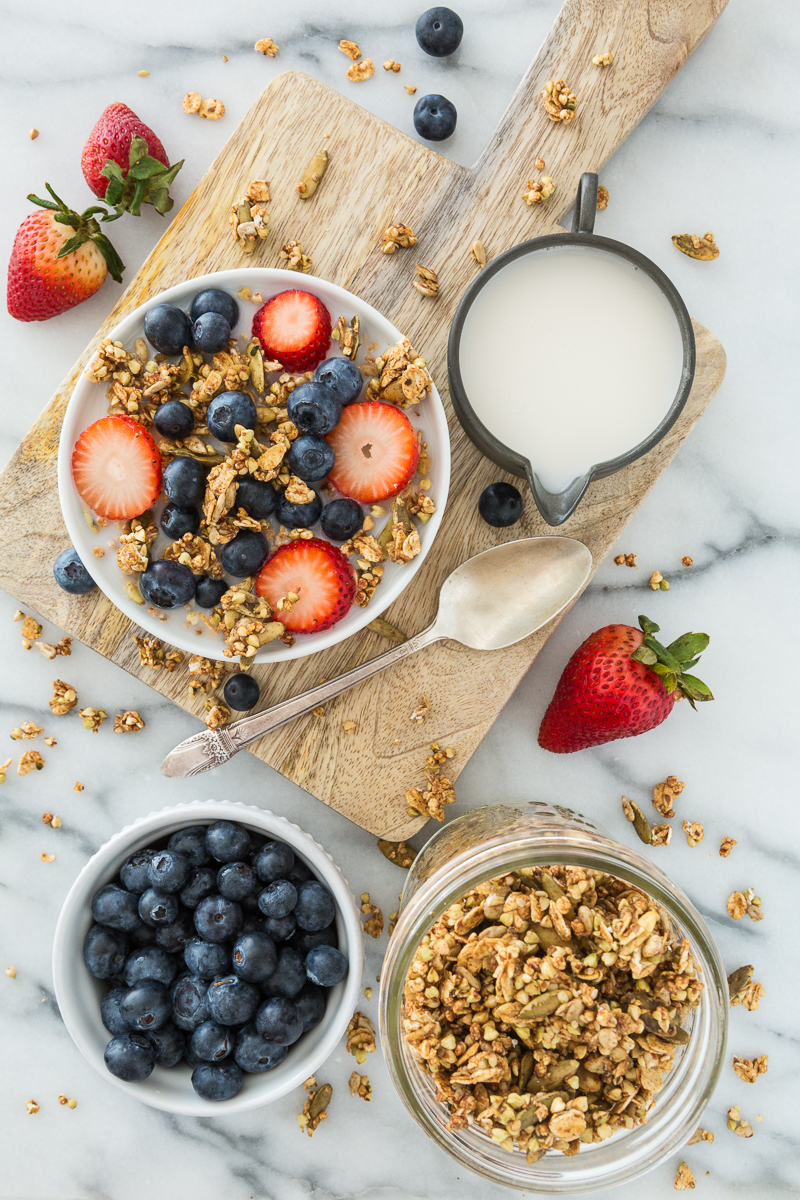 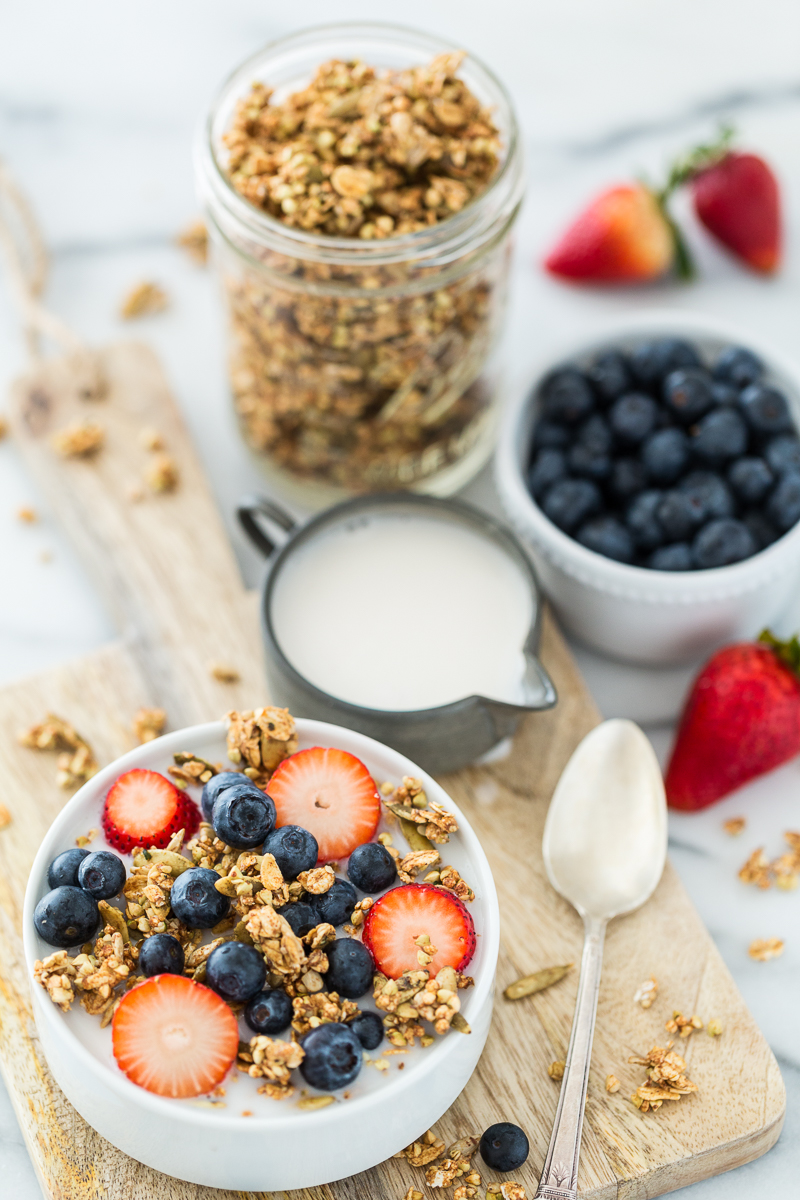 Congratulations to Nicollette Dailey, the winner of the Borsari Foods Seasoned Salts Giveaway! Thank you to everyone who entered!

Do you have a favorite type of granola? What's in it?