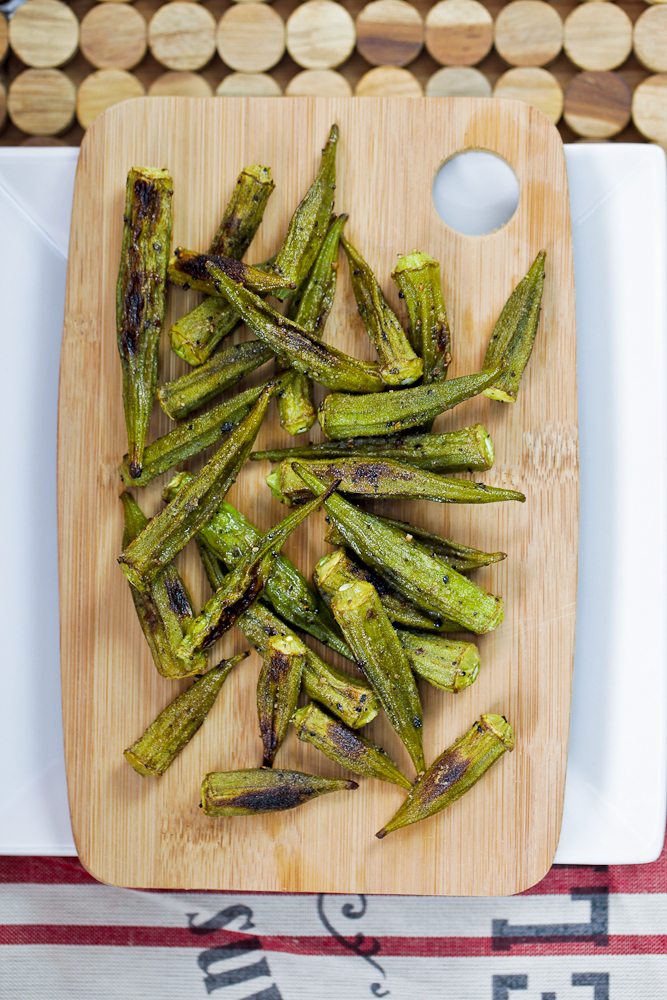 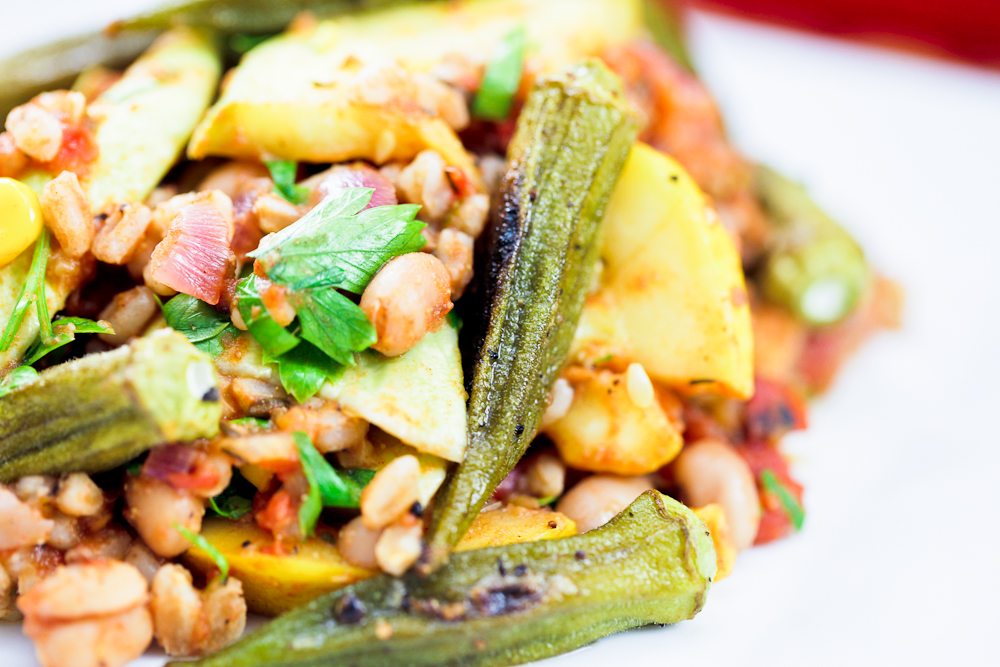 In the last 72 hours, give or take, I've gone from on of those who turns their nose up at okra because someone said it was slimy (or mucilaginous as Wikipedia likes to say), to researching recipes, scouring farmer's market for the freshest okra I can find, and as you may have guessed, reading about it on Wikipedia.  In other words, I'm way into okra right now. 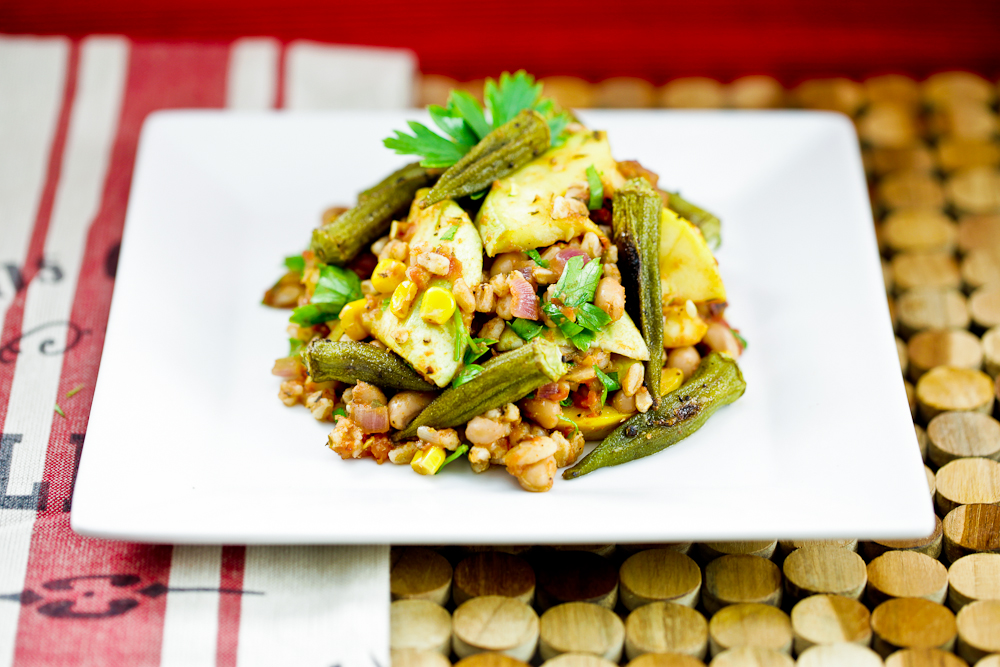 Yes, it is true- okra can release a white, slimy, unappetizing goo, but that goo can be put to goo-d use (Corny alert!).  The slime can be used to thicken stews or gumbo and is actually very good for you as it is a valuable source of insoluble fiber.  Okra, itself, is very nutritious, being a calcium-potassium-folate-antioxidant-vitamin C packed pod.  If you are still unconvinced to jump on the okra bandwagon, take a look at this recipe. 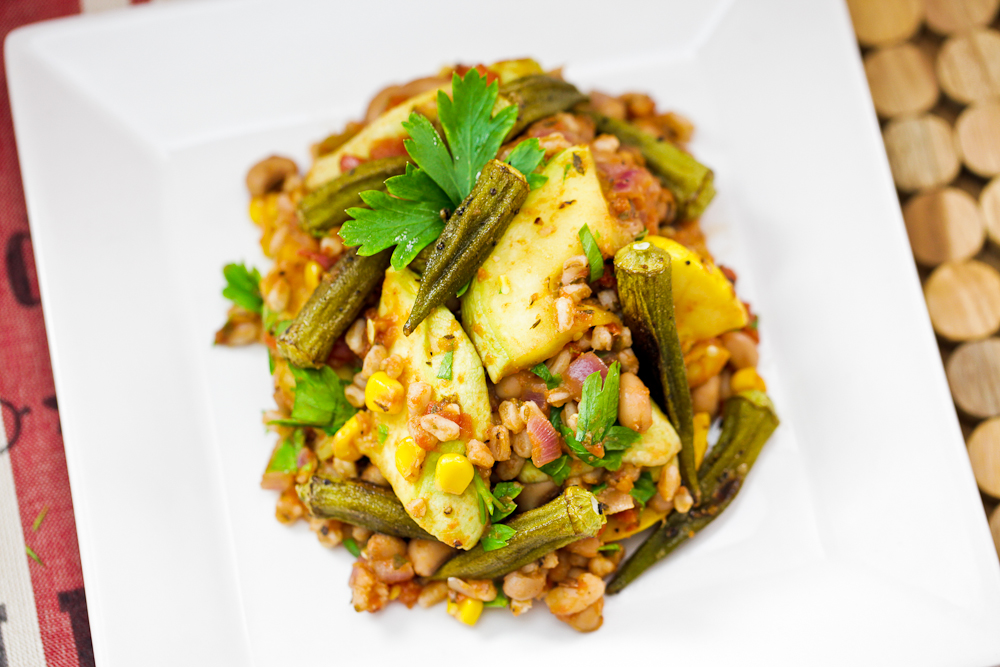 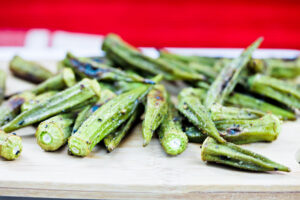 Imagine an okra pod, with a crisp, slightly browned outer shell.  When you bite into it, you are not met with goo, but with a soft creamy texture, similar to roasted zucchini.  It has a rich, smoky, very distinctive taste that is all its own.  The trick to this is roasting the okra pods and the result is extremely addictive.  You could eat them as finger food, just like you would french fries, but I took it a step further. 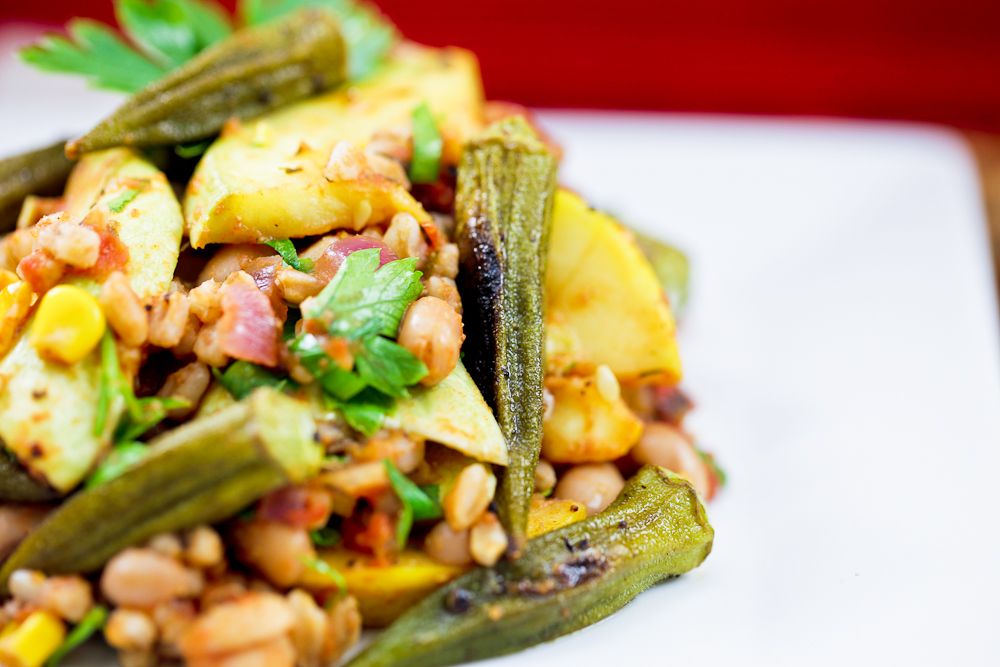 I decided to mix them in with some roasted patty pan squash (though zucchini or another summer squash would work just as well), black-eyed peas, fire-roasted tomatoes, cilantro, and farro.  The variety of ingredients turned this bowl into an explosion of smoky, creamy, nutty, and savory textures.  It was the best thing since sliced okra.  Just like the first time I heard a Flight of The Conchords song, I was instantly hooked and couldn't wait for my next fix.  Thank goodness for the leftovers that tided me over until I could go to the farmer's market and stock up. 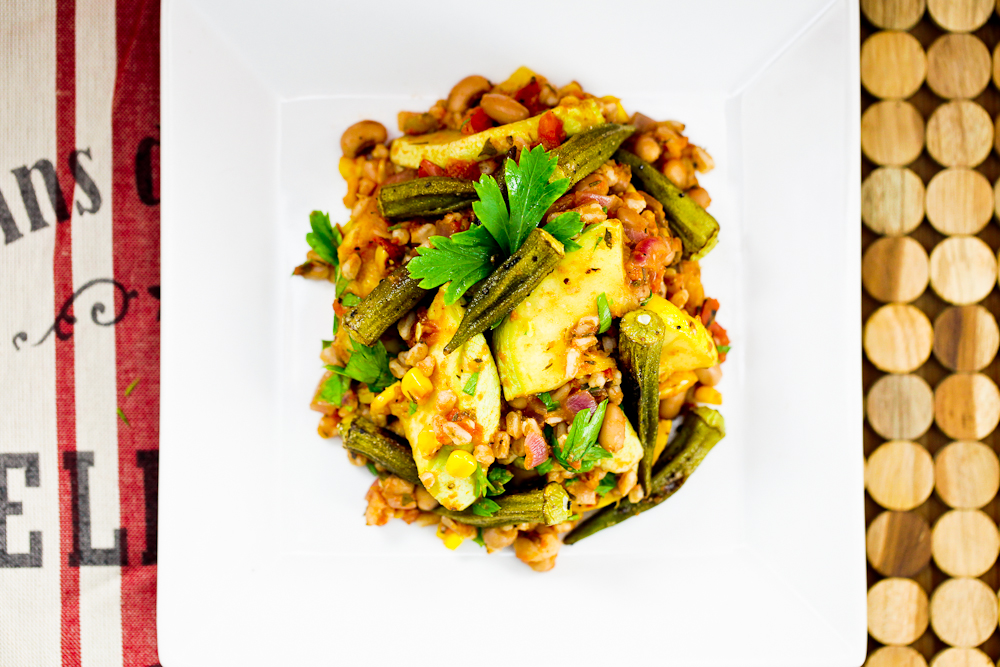 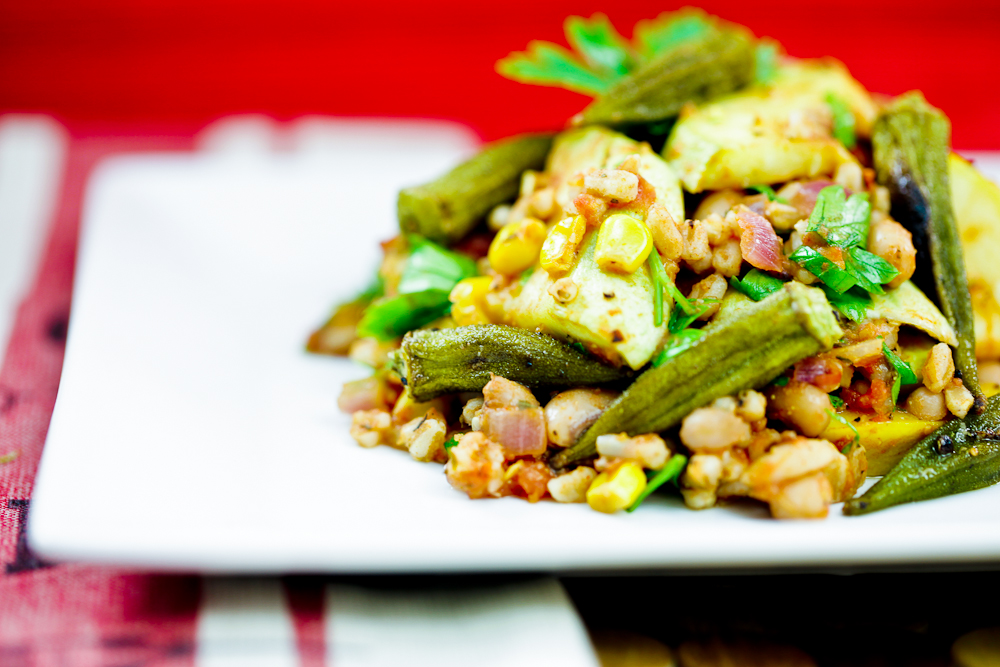 Several days ago, I received many requests to know how exactly Chris, my husband, got himself arrested at Disneyland by the Disney Police.  I honestly didn't think that statement would cause such a stir, but since it has, I am going to use an idea Cadry suggested and create a little contest:  To enter, just leave a comment below describing the story for how you imagine he got arrested.  Chris and I will pick the best/most creative story and possibly put together a little prize for the winner (in other words, I haven't figured that part out yet) and let you know the true story.  We will be choosing the winner this Sunday, 9/16/12, and revealing the winning story on Monday, 9/17/12.  Have fun!