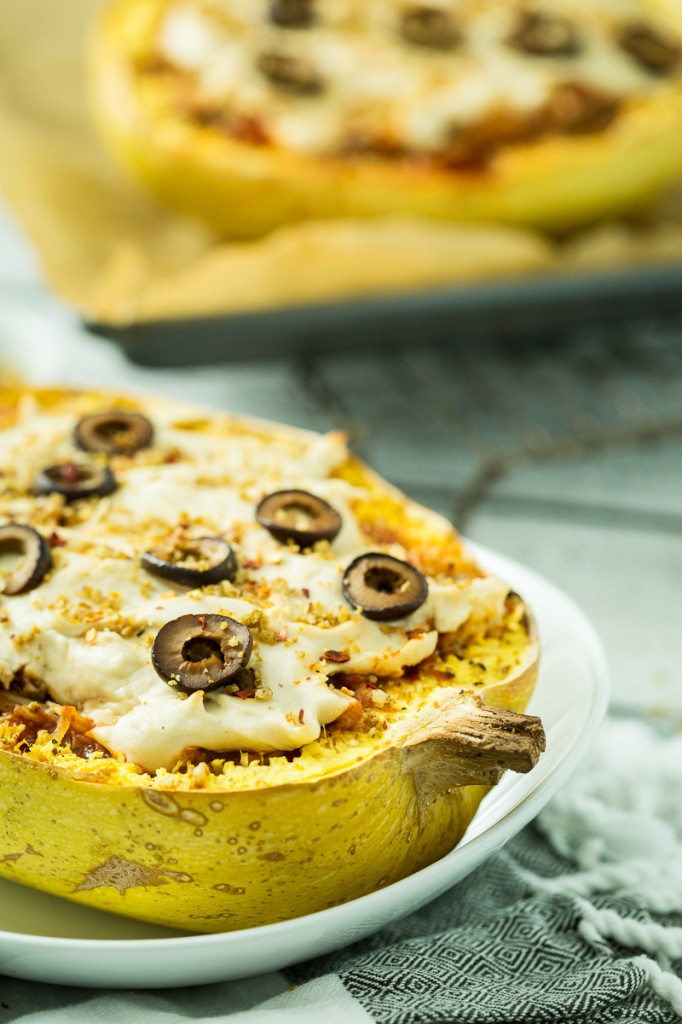 Sometimes recipes don't need a lot of words preceding them. 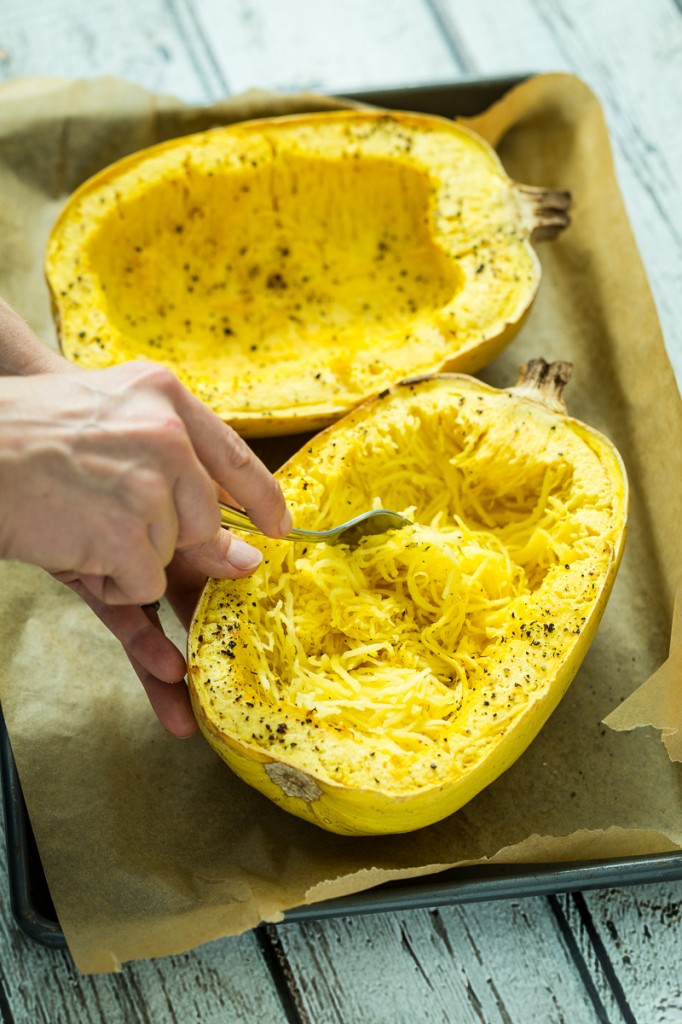 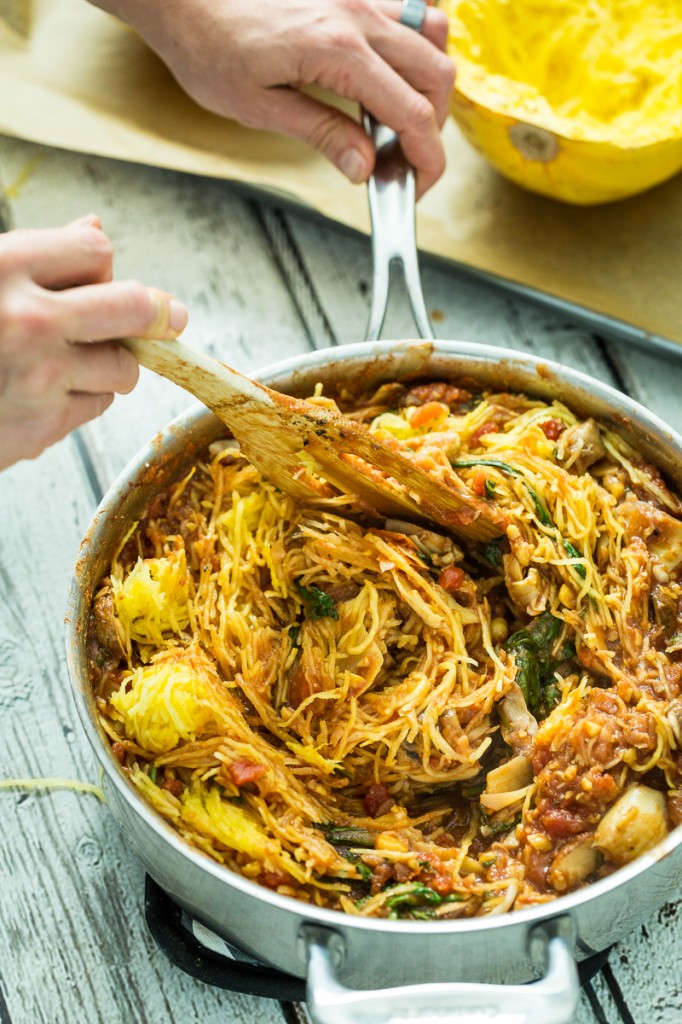 Sometimes they don't need a backstory. 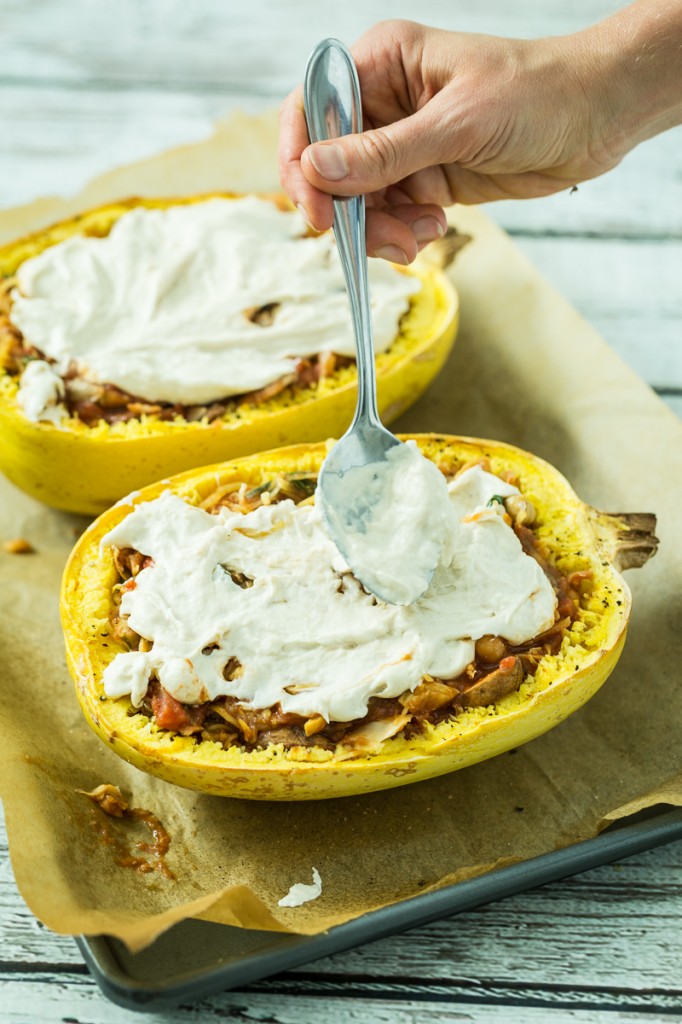 Sometimes said recipe is the most interesting/revolutionary thing to happen to this food blogger recently and she can't think of anything to talk about that would even compare in interestingness to said recipe. 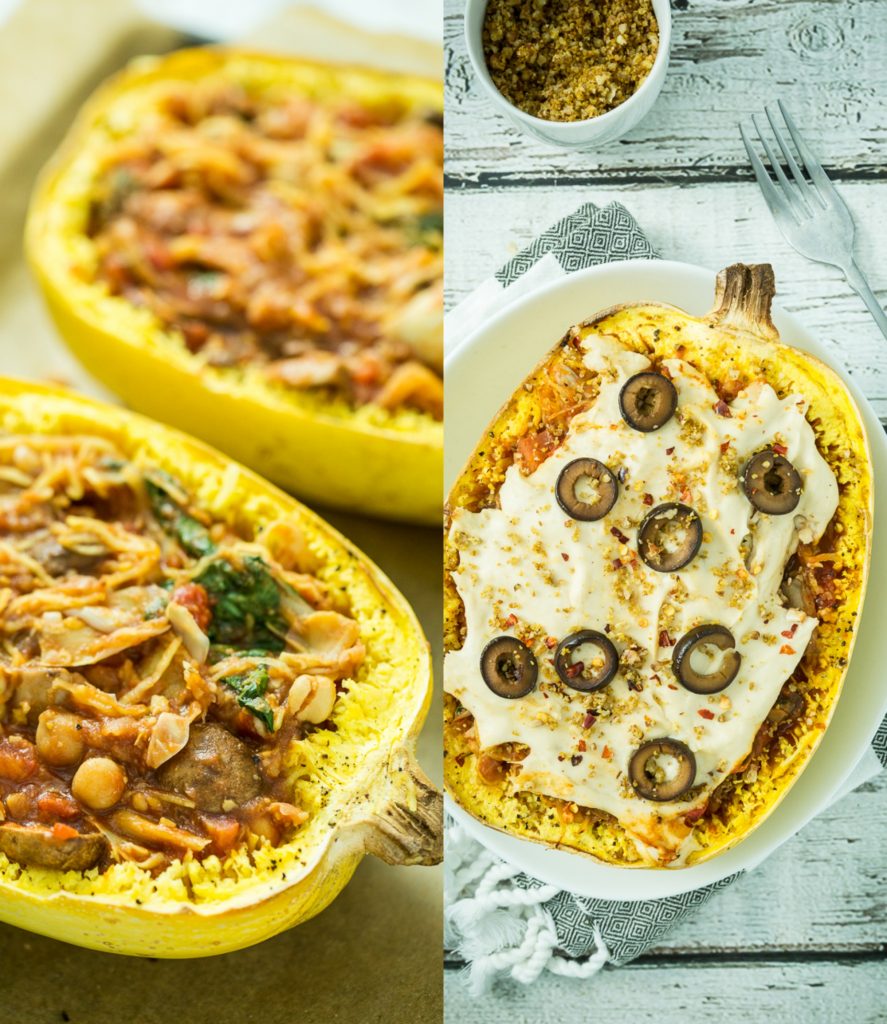 All that needs to be said is this: It's pizza. In a spaghetti squash. 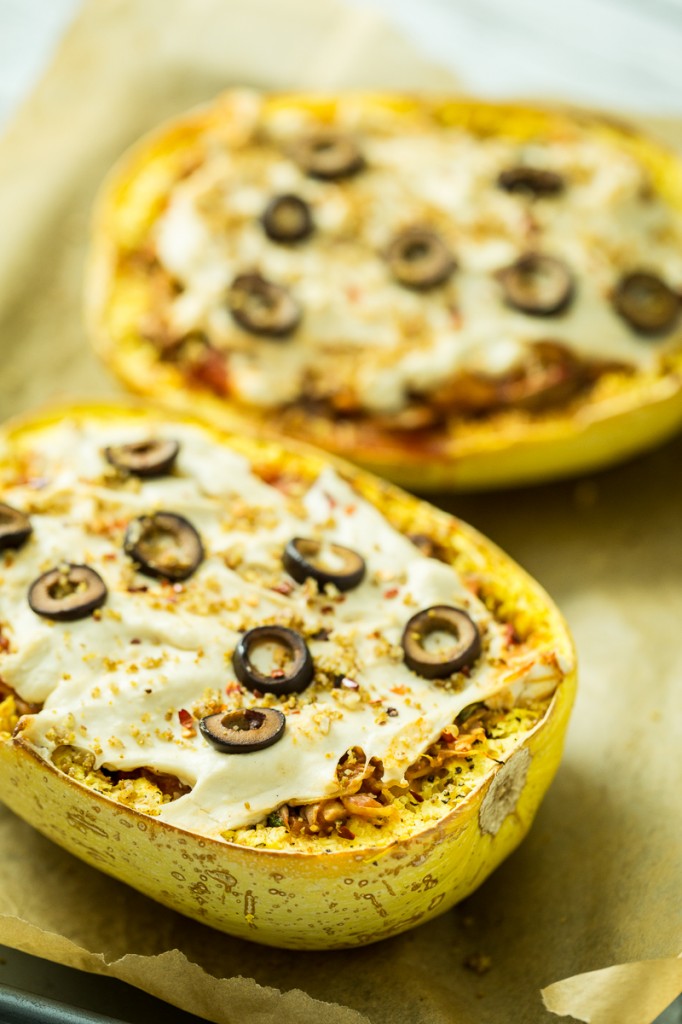 Pizza-Stuffed Spaghetti Squash, if you will. 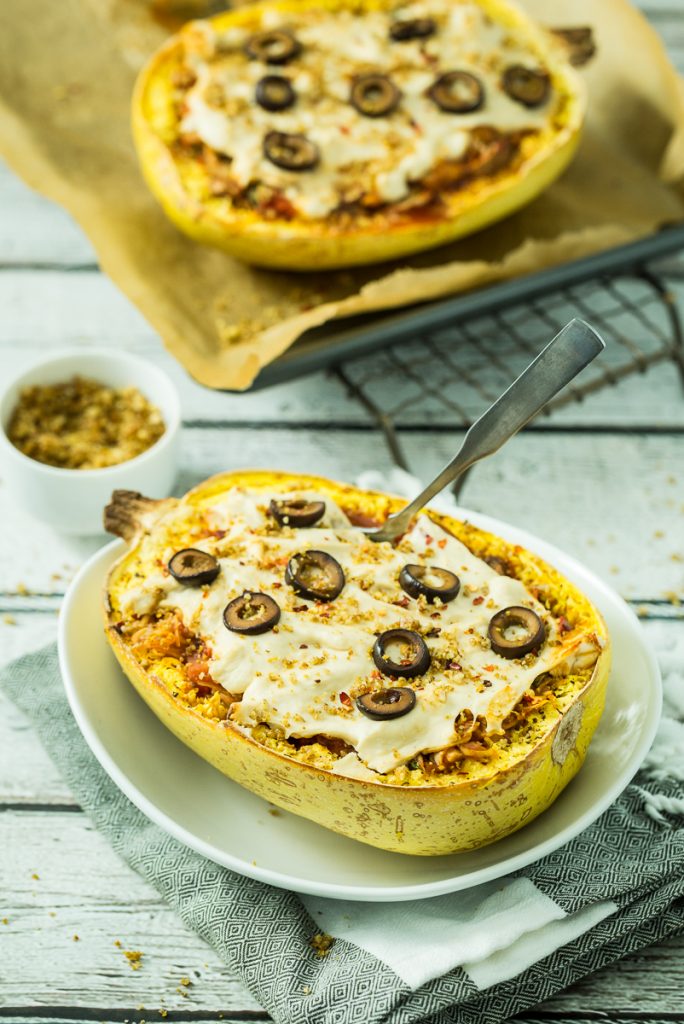 Ok, well maybe I could say a little more. How about this: All the pizza toppings you love and adore (tomato sauce, mushrooms, artichoke hearts, spinach, and even some smashed chickpea "meat") are mixed up with spaghetti squash strands and then stuffed back into the squash skins, topped with a simple, gooey cashew cheese and baked to perfection. Finish it off with some pecan parmesan and red pepper flakes and friends, dinner is on!

You can switch out the mushrooms and artichokes with pizza toppings of your choice.

Don't have agar powder? Leave it out and instead of heating the cheese, just pour the sauce over the squash. It won't solidify, but it will still be good.

Not in the mood for pizza? Just stop after adding the spaghetti squash to the sauce mixture and eat it as a pasta dish. It's just as fantastic. 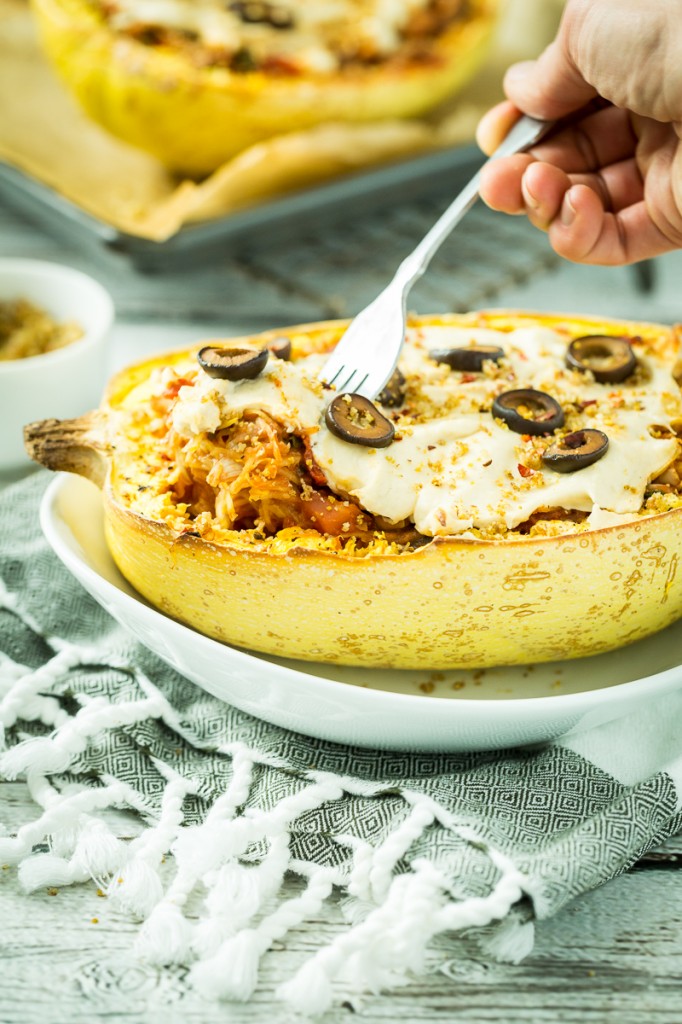 I want suggestions: What else should we bake in spaghetti squash? Lasagna? Enchiladas?