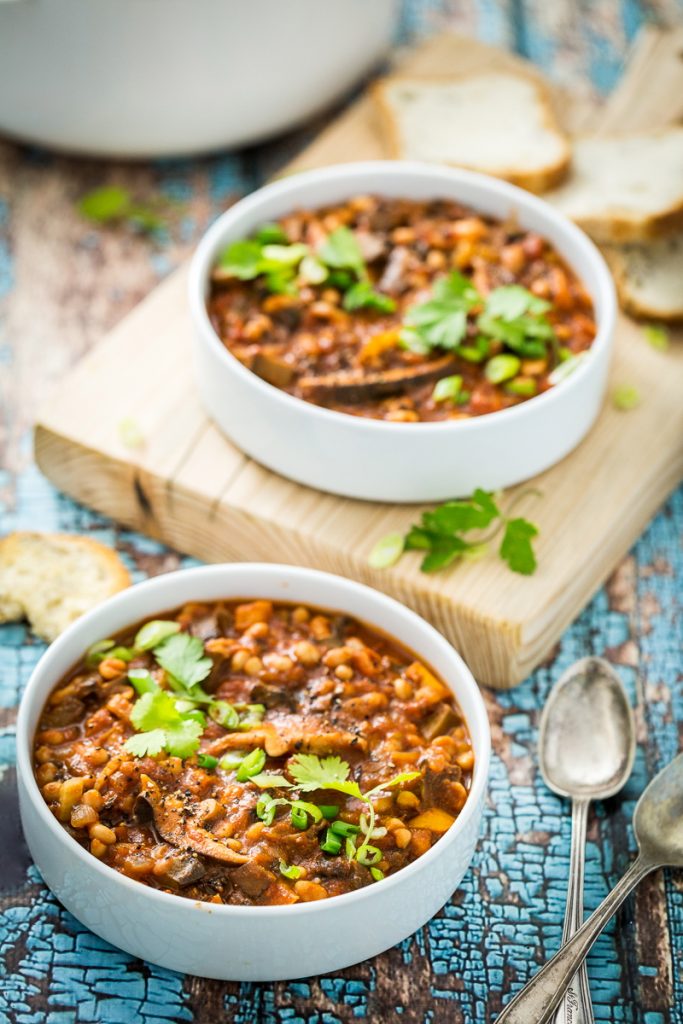 Do you look forward to each season because of the food that accompanies it? 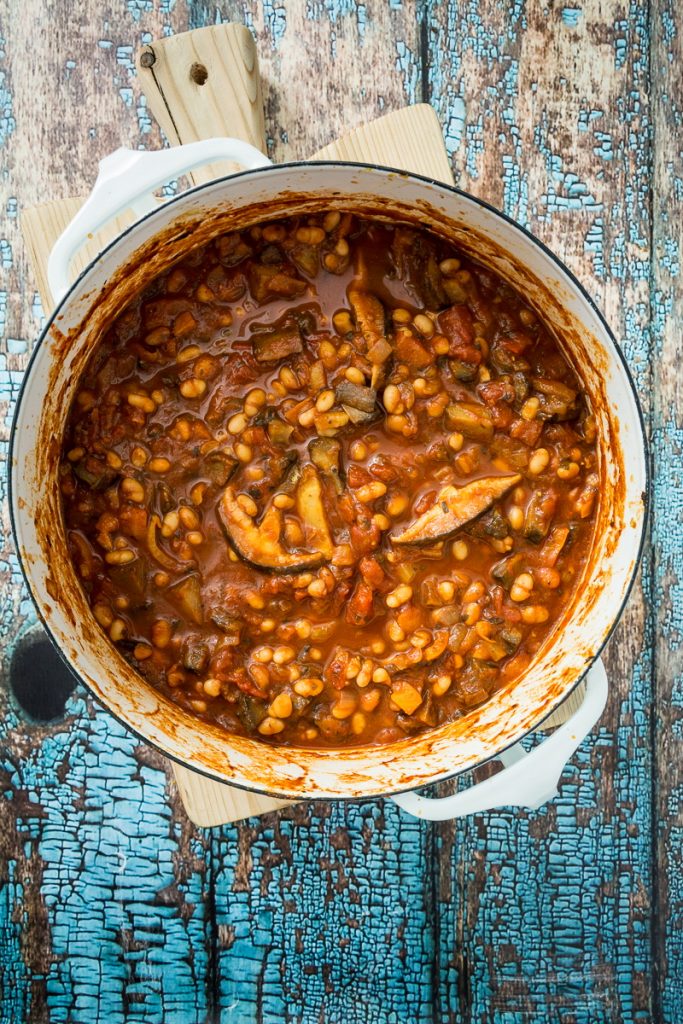 In the spring, I go crazy over everything green, and asparagus salads become the norm. Come summer, I soak up all the fresh berries and stone fruits and look forward to BBQ-everything. In the fall, I'm all about casseroles and  pumpkin. In the winter, in the first few couple chilly months of the year, I look forward to hearty, warm bowls of spoonable goodness, namely soups, stews, and chili. 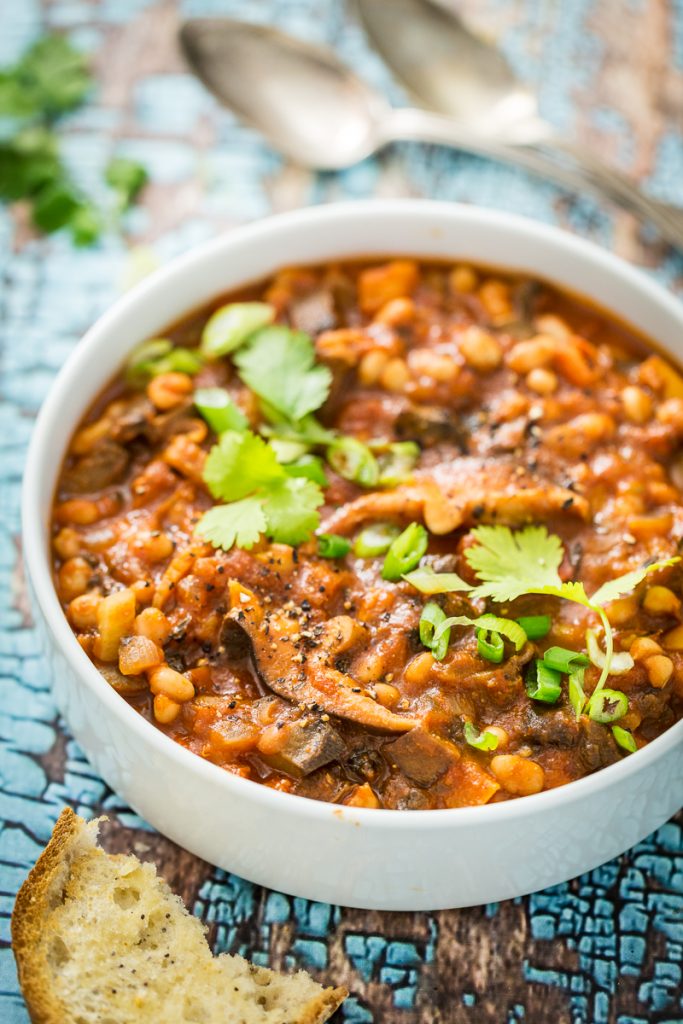 Ever since I developed it around this time last year, the recipe for my White Bean & Portobello Stew (in my book), has been on regular rotation in our house. It reminds me of the hearty, beefy stews my dad would make when I was a kid, except succulent portobellos take the place of steak, making it even more delicious. I crave it on the regular. 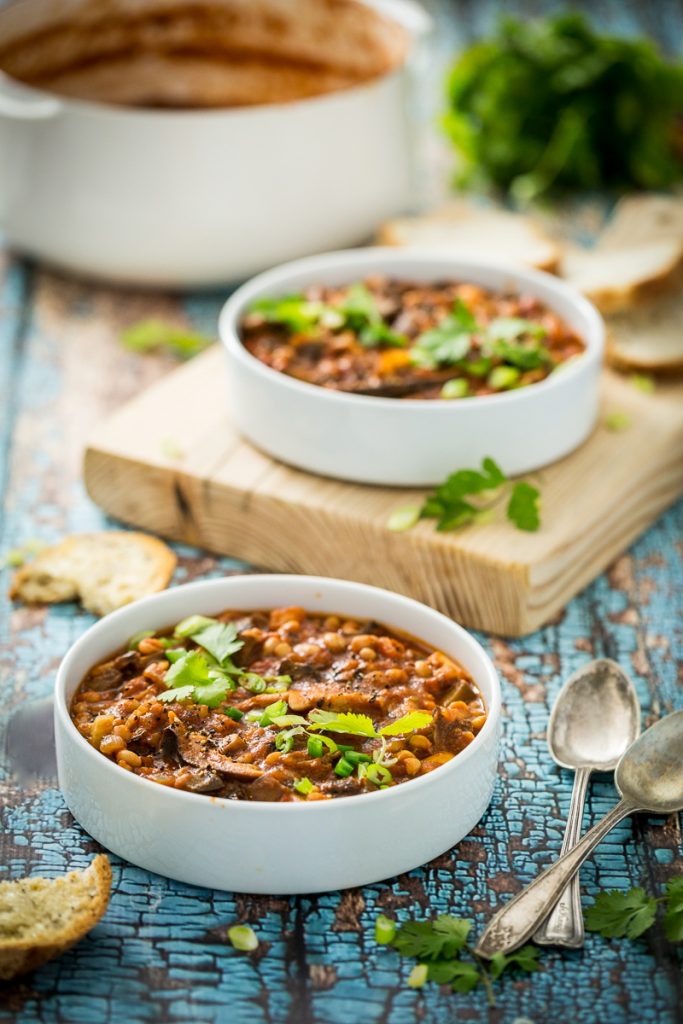 One day during our holiday staycation, I was all set to make a big ol' pot of my favorite stew except fate intervened. One of the recipes we were hired to photograph (confession time: there were two days during our vacation when we did some food photography work, but it hardly feels like work and I would have to cook anyway) was a cornbread recipe. KIK Devotees know that my favorite thing to do with cornbread is to dip it in chili. So as soon as I knew I was shooting cornbread, I wanted chili instead of stew. The only problem was that I had already bought the ingredients for the stew... 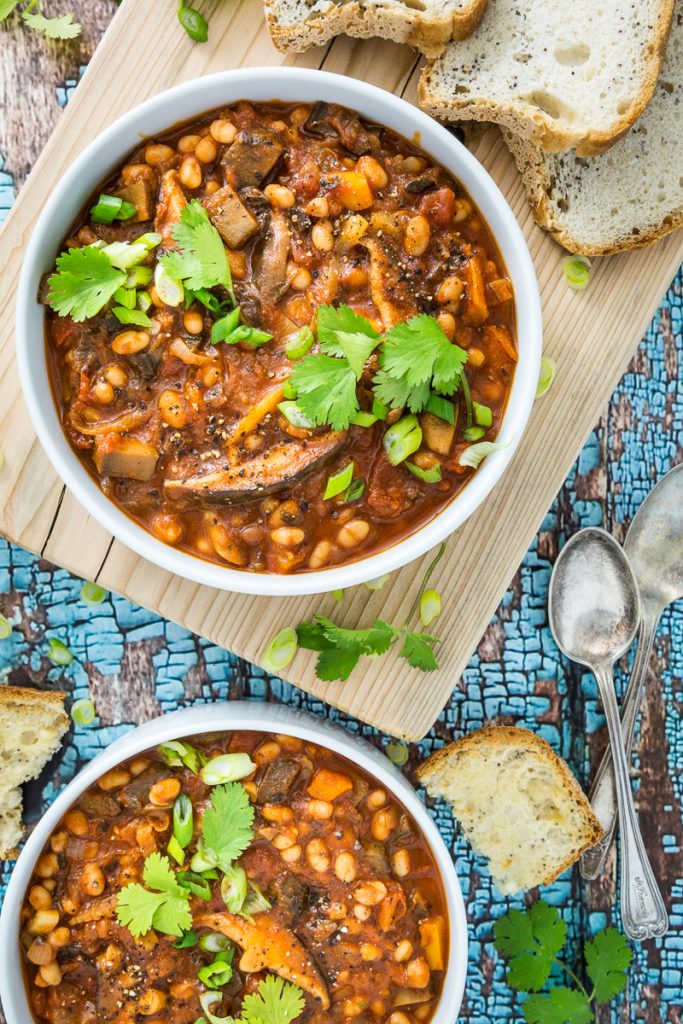 Whenever I'm craving two things at one time, I'm wont to combine the two dishes into one. This portobello chili is inspired by the White Bean & Portobello Stew from my book but also includes some other ingredients I had on hand at the time, like a handful of leftover shiitakes and a fennel bulb. The result was a robust, filling chili with portobello chunks and white beans with a slight "Italian" flare. I topped it with green onions and cilantro (again, another thing I had on hand), though parsley would work just as well. Or some vegan cheese if you have it. 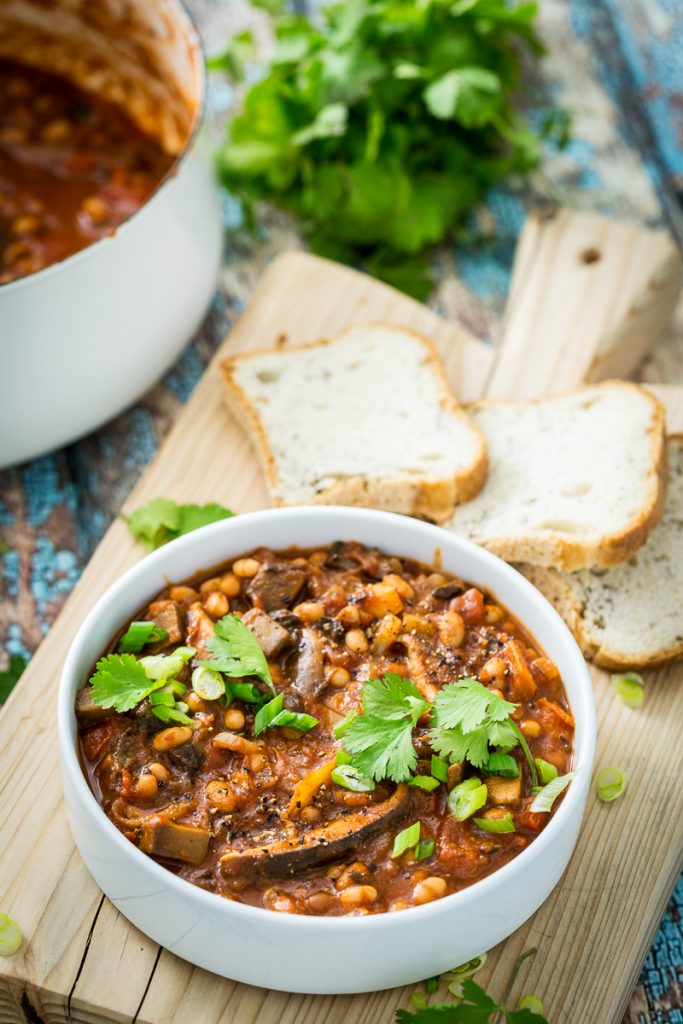 So, you may be wondering why, after I went through so much trouble (not much trouble, actually) to make chili for my cornbread, only to serve it with bread (as photographed). Well, a little thing called Ants happened. I blame myself for leaving the cornbread out on the cooling rack. But the toast was just as satisfying! No complaints here. 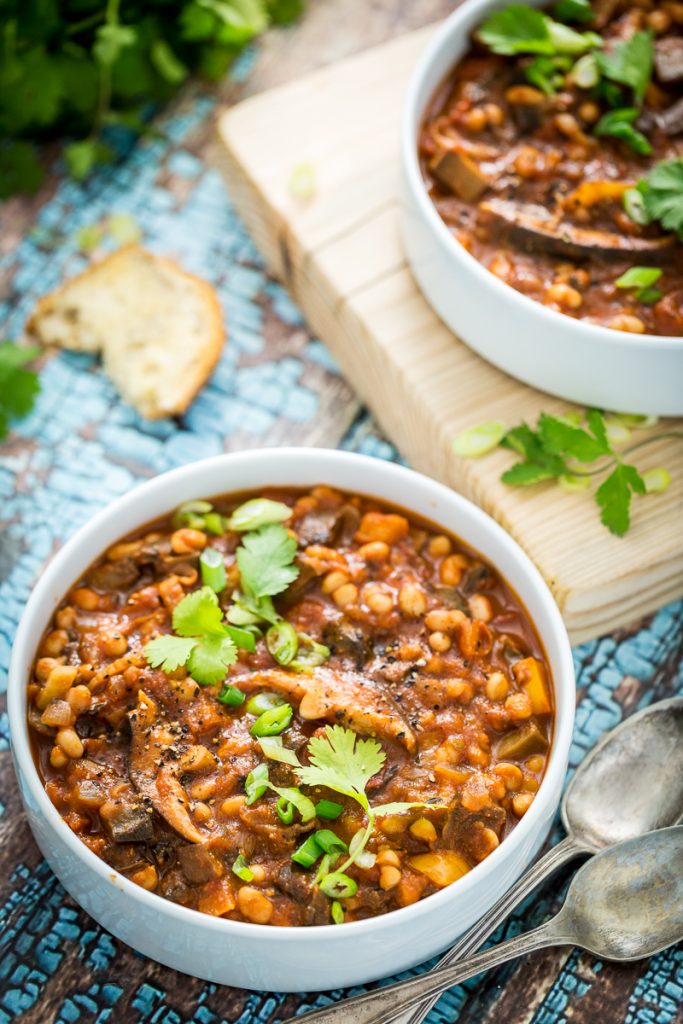 It's a pretty simple chili to pull together and you could have dinner on the table in under an hour, and as we all know, there's nothing like a warm bowl of chilly on a cold, winter evening after a long day of work. I also hear (from my husband. Every. Single. Day.) that it's football season and I've got to say, a big pot of chili is a big crowd-pleaser on game day. Just saying. 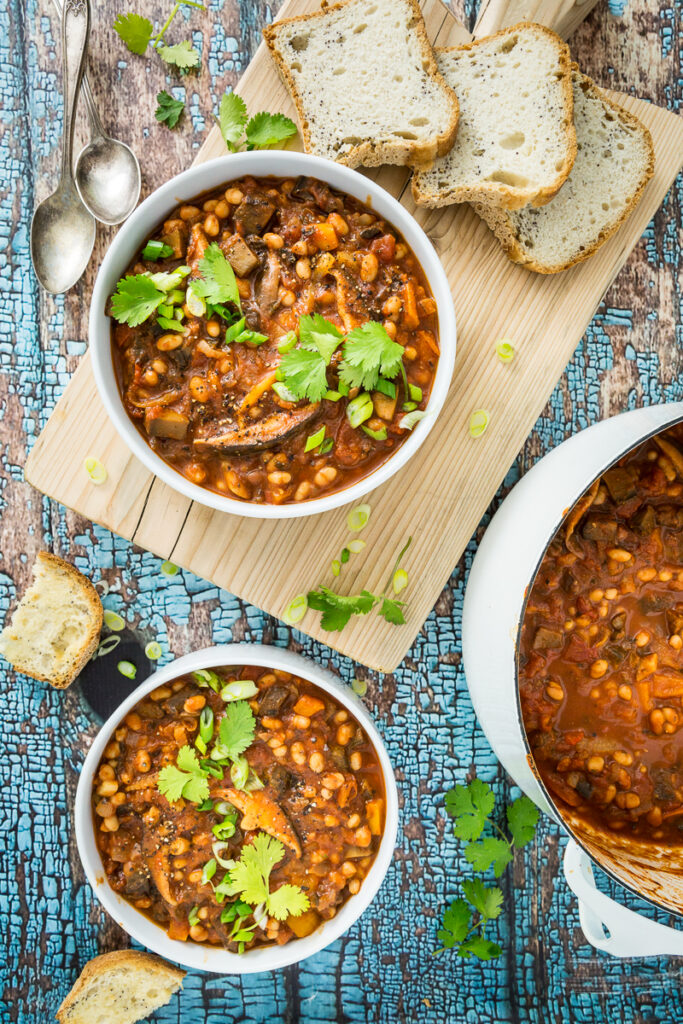 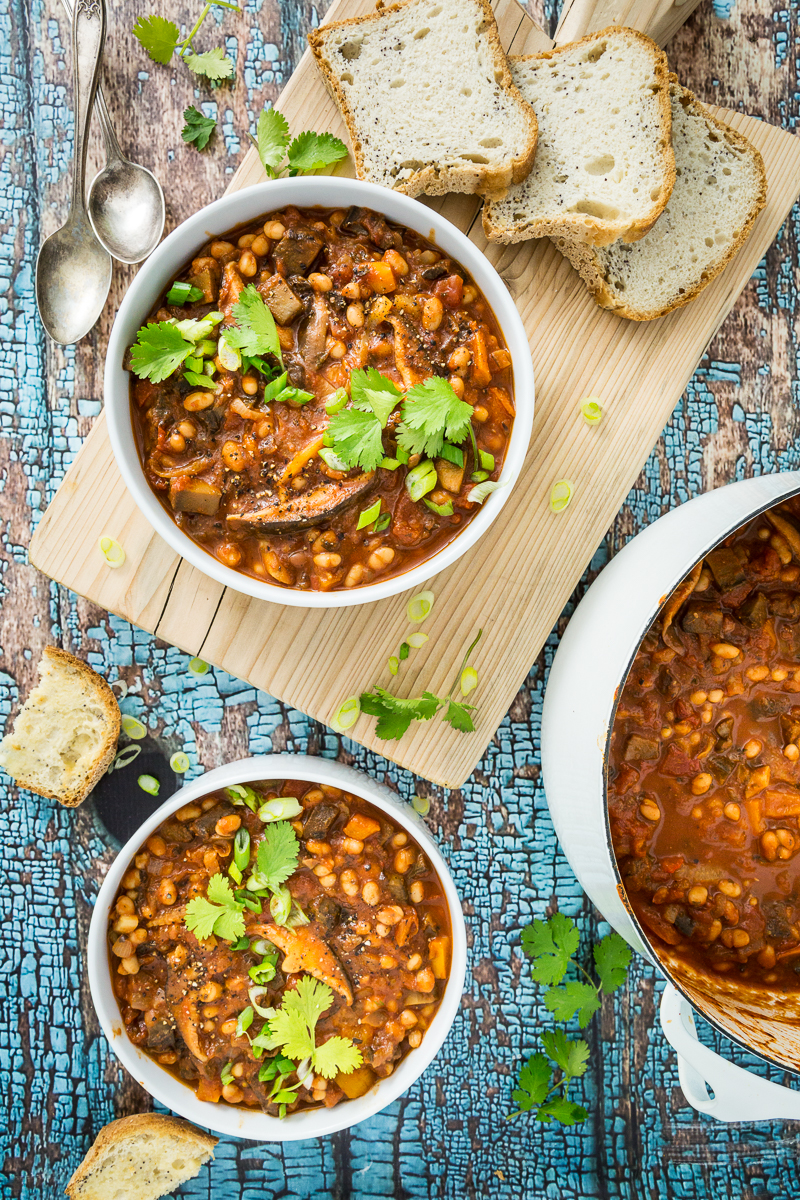 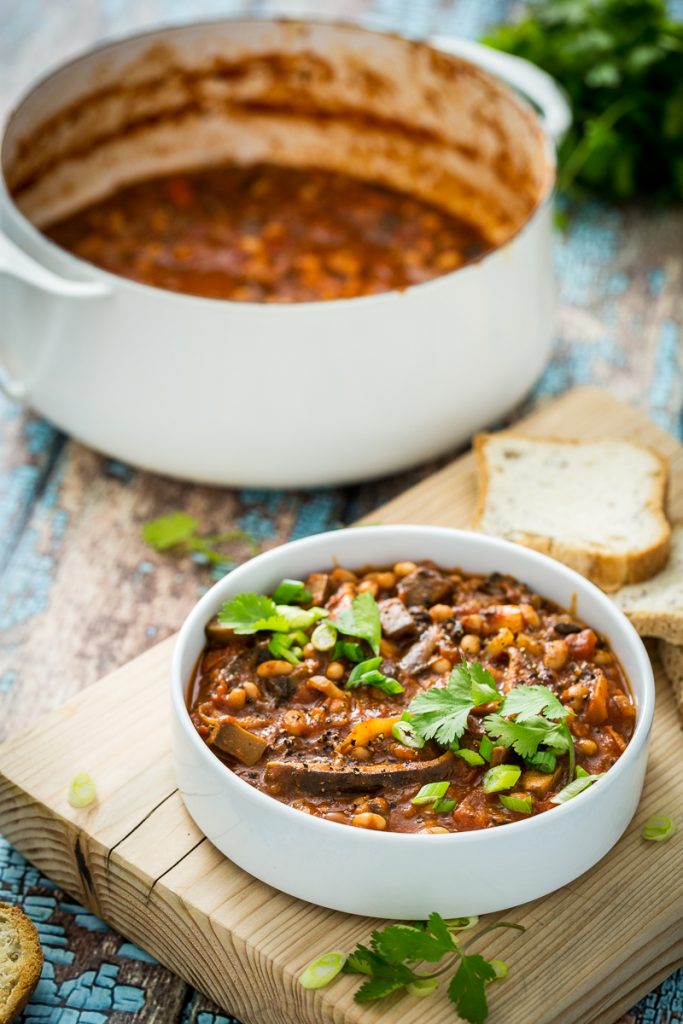 What are your favorite winter meals?